The 29-year-old left the hunk teary-eyed and heartbroken when she revealed that they should not continue on to the final commitment ceremony.

‘It’s not the right time. I don’t think that we should do the commitment ceremony. I think this is going to be the best thing,’ Megan emotionally told Jake, who appeared overwhelmed with emotion.

It came after Megan revealed on Sunday night’s episode that she doubted whether Jake could remain faithful to her when they returned to the real world.

After she revealed to him that they shouldn’t progress, a shocked Jake told the blonde beauty: ‘I feel like we’re saying that we’re scared and that we’re not giving it a chance.

‘I don’t know what to say. My biggest regret is not going to the commitment ceremony, you know, running scared or feeling like we need to wait a bit to only realise we passed the chance and that we missed an opportunity.’ 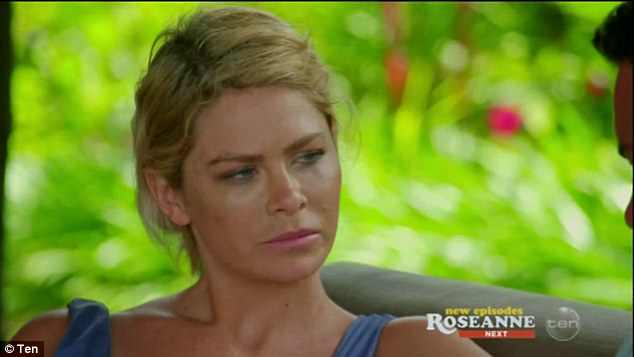 ‘It’s not the right time’: Megan told Jake she did not wish to continue on to the final commitment ceremony 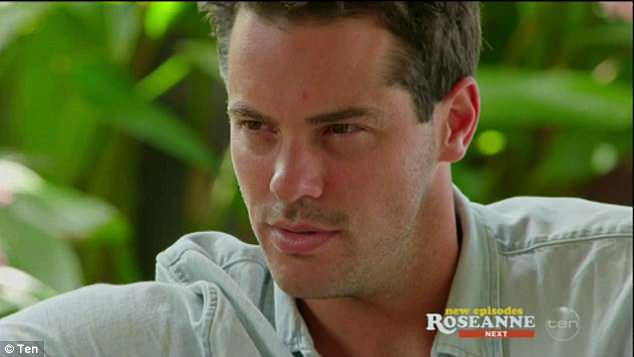 ‘I feel like we’re saying that we’re scared and that we’re not giving it a chance’: Jake was left heartbroken by Megan’s decision

The pair were painfully seen parting ways, before Megan stated in a piece to camera: ‘It’s really hard to leave Jake. You know, we do have something really special. I care about him so much’ .

‘It’s our last goodbye,’ she added.

However, the stunning star claimed she had no regrets about her decision, claiming that although she felt ‘sad to be saying goodbye’ she didn’t feel it was a ‘mistake’.

Speaking privately, Jake expressed remorse about not fighting harder to save the relationship.

‘Watching Megan leave, you know, I immediately started to regret letting her go. Like, this was the last thing I was expecting. I feel like I’m an idiot. Like I’ve just made the biggest mistake of my life,’ he stated. 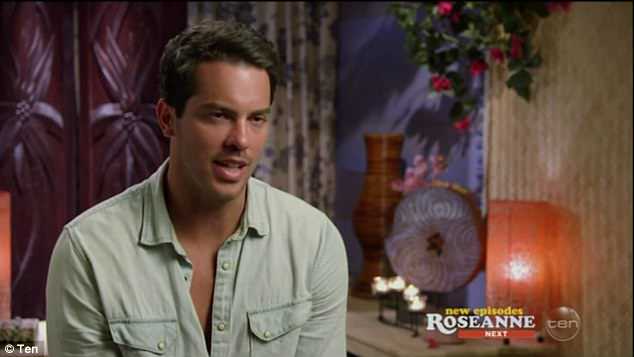 Painful: Speaking privately, Jake expressed remorse about not fighting harder to save the relationship

On Sunday night’s episode of the show, Megan told Jake she had plans to travel after Bachelor In Paradise wrapped filming, and she was concerned he would be unable to stay faithful during her absence.

‘I’m going away for a couple of months (and) you’ll be back on the Gold Coast,’ she said.

‘You’re going out, you’re hosting events, and you are around a lot of beautiful women all the time. And I’m wanting to know if you’re able to make a commitment and be with me.’

Jake tried to allay Megan’s doubts claiming: ‘ ‘What we have is amazing, and I mean that more than ever. And I can’t fight that I’m falling in love with you.’

Megan then hinted that she may decide to end the relationship during Monday night’s finale. 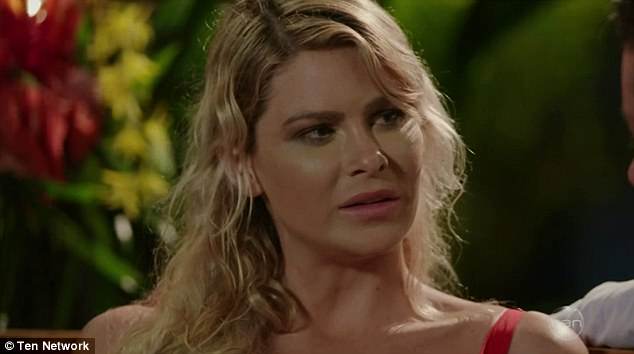 ‘I don’t love him’:  Megan Marx revealed her doubts about Jake on Sunday’s episode