The reigning queen of ‘hot girl summer’ was back in action as she performed a racy set at Lollapalooza on Saturday to a crowd of over ‘180,000 hotties.’

The 26-year-old rapper lit up Grant Park in Chicago in a thong leotard made from upcycled band tees and fishnet stockings.

The Savage singer had every reason to be excited as she bragged on social media that of all three days thus far she had drawn the biggest crowd with her headlining performance.

Queen of Lollapalooza: Megan Thee Stallion, 26, draws largest Lollapalooza crowd of over ‘180,000 hotties’ on Saturday evening during her headlining performance in Chicago 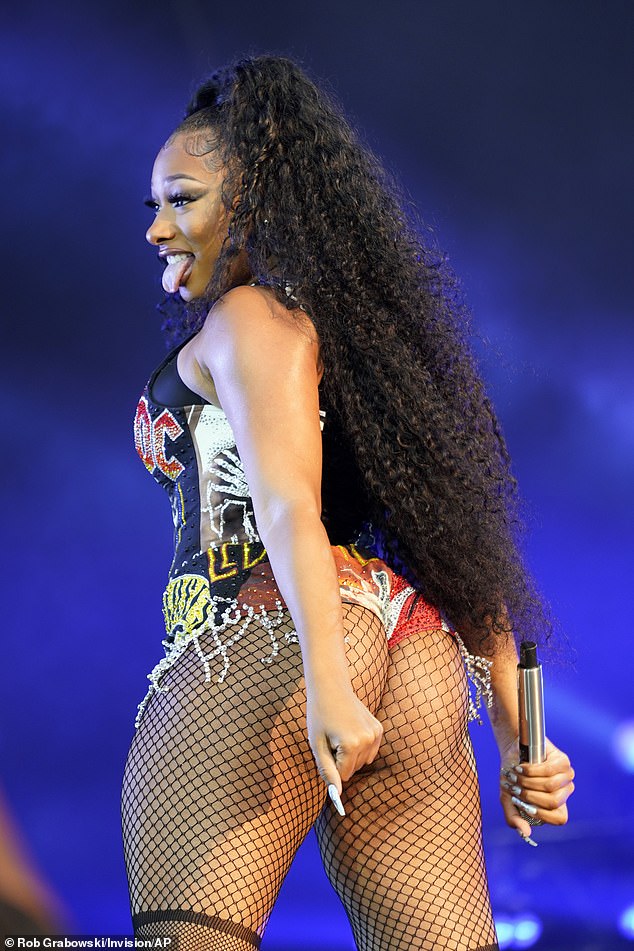 From the back: Her custom look showed off a very generous amount of her rear end

The Body singer showed off her frame in a custom embellished leotard made out of band tees including AC/DC, Guns and Roses, Led Zeppelin and the Ramones.

The skin tight bodysuit featured grommets on the straps and was laced together in the front with white string to expose a sparkly black bra.

She layered the barely-there one piece over fishnet stockings and wore black sneakers for optimal movement.

Her hair was styled into a high half-up ponytail with voluminous curls and she was seen working the crowd with some racy dance moves. 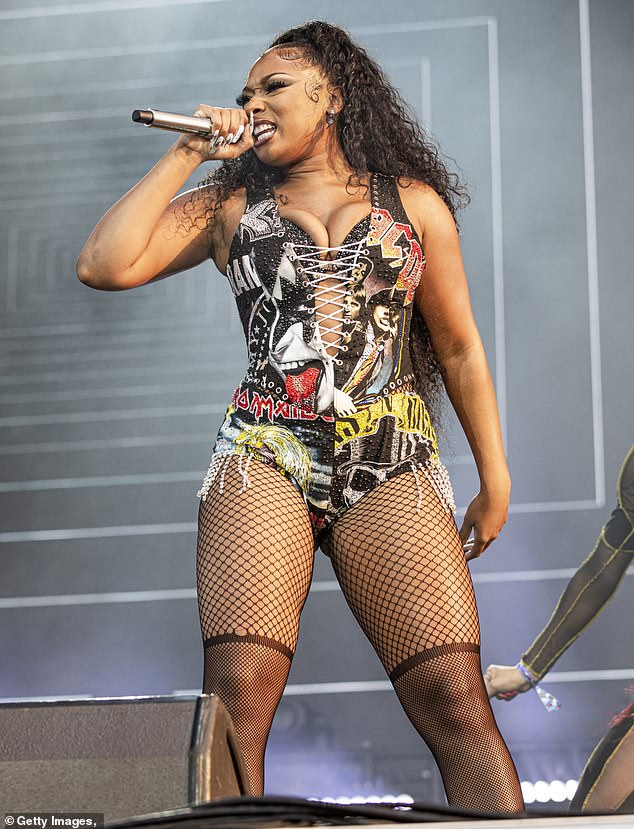 Hot girl summer: Her set naturally got everybody moving 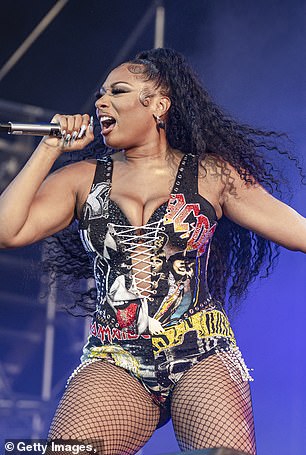 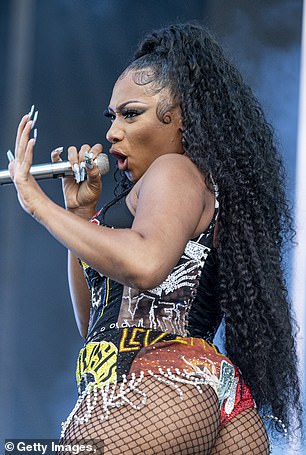 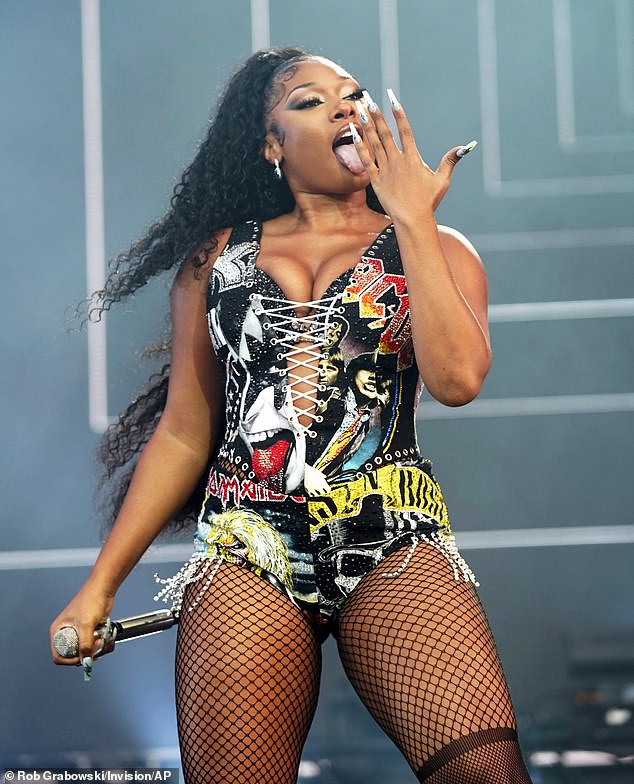 Lapping it up: At one point she seductively pretended to lick her hand 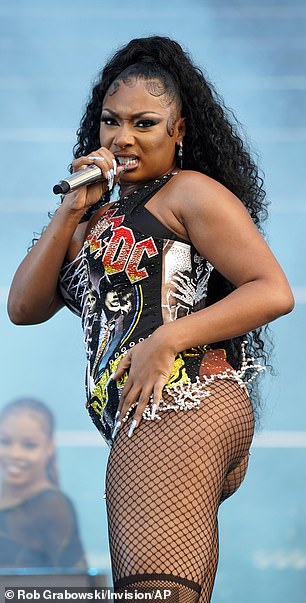 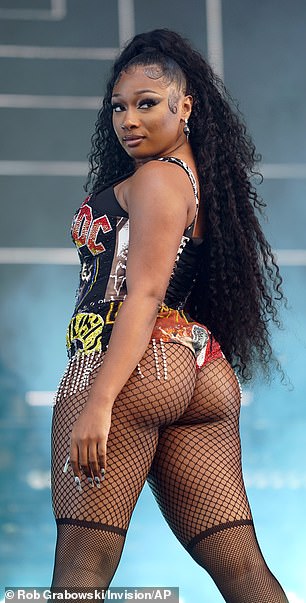 Bring the noise: The chart topping singer worked the stage as the crowd went wild 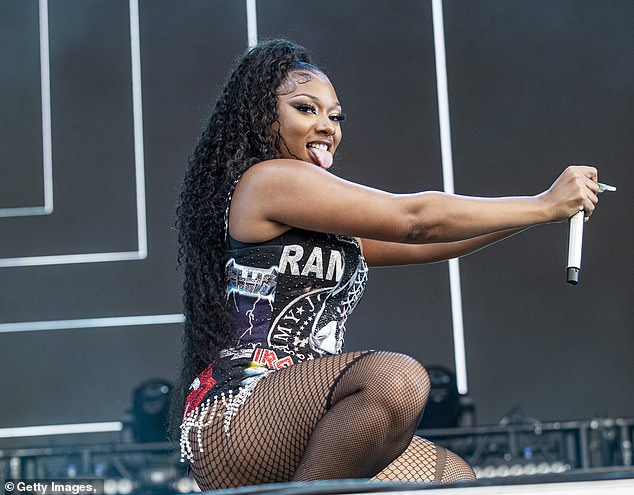 Drop it low: The Thot S**t singer dropped it low to the ground as the crowd cheered

From twerks, to seductively licking her hand and running it down her body, the performance was every bit as sexy as her fans thought it would be.

From her vantage point at the T-Mobile stage throngs of patrons could be seen going absolutely berserk as she shared some snaps to Instagram. 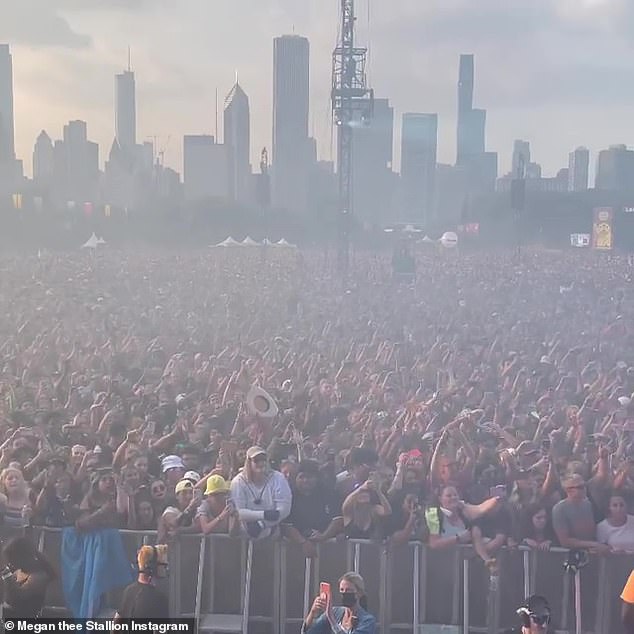 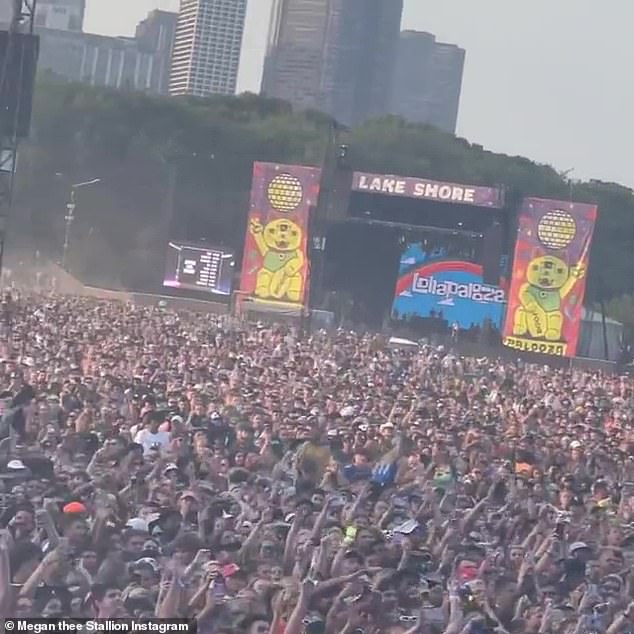 Sea of people: Throngs of patrons mobbed each other to see Megan perform 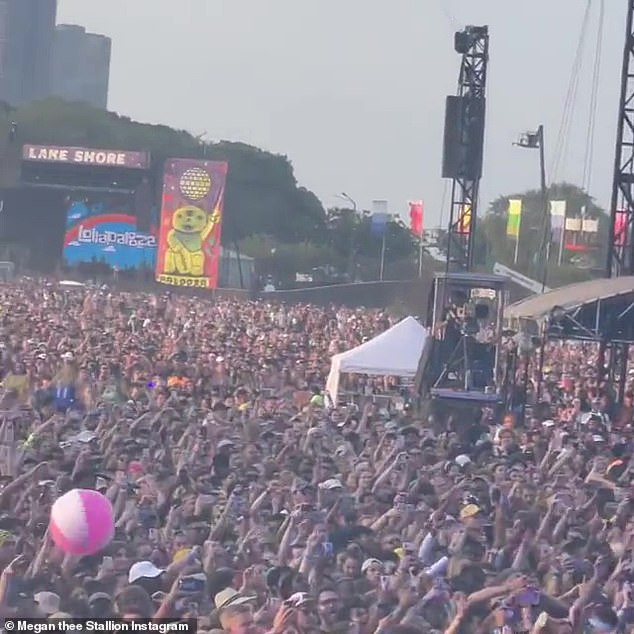 Headliner: She was tapped for a headlining spot at the four day festival in Chicago 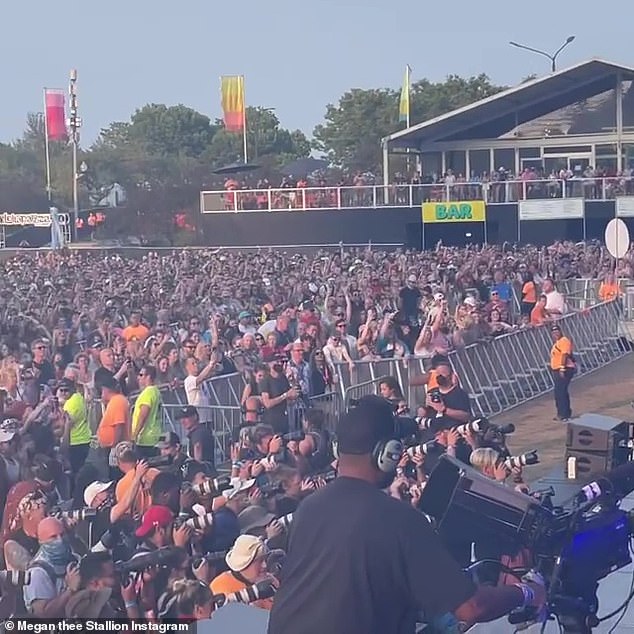 Full production: From the looks of the images only some face masks are shown to be worn 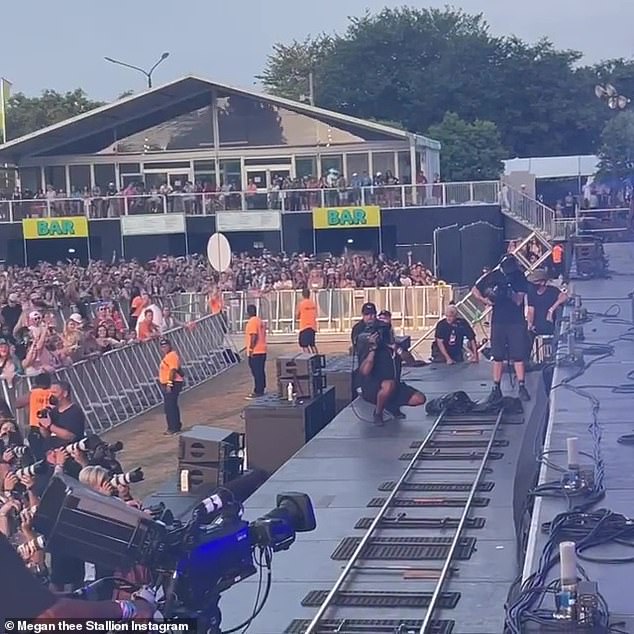 Media frenzy: As one of the top performers on day 3 there was tons of media coverage 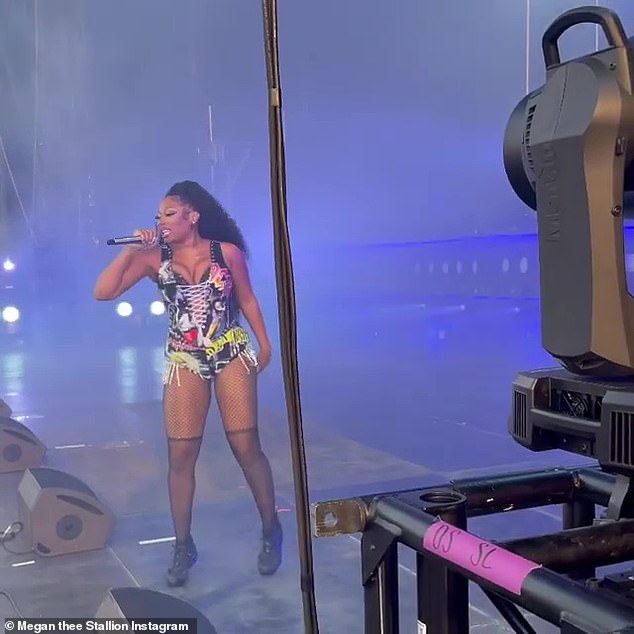 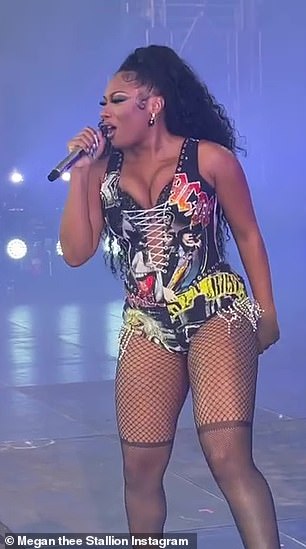 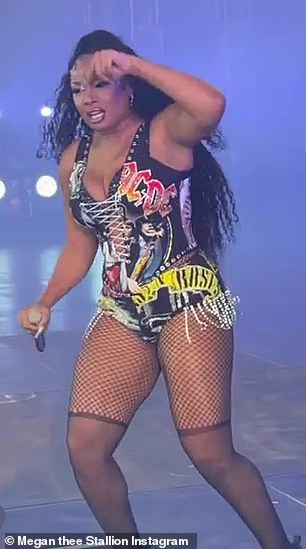 Setlist: Naturally she played all of her greatest hits including Savage, Body, Thot S**t, and countless others 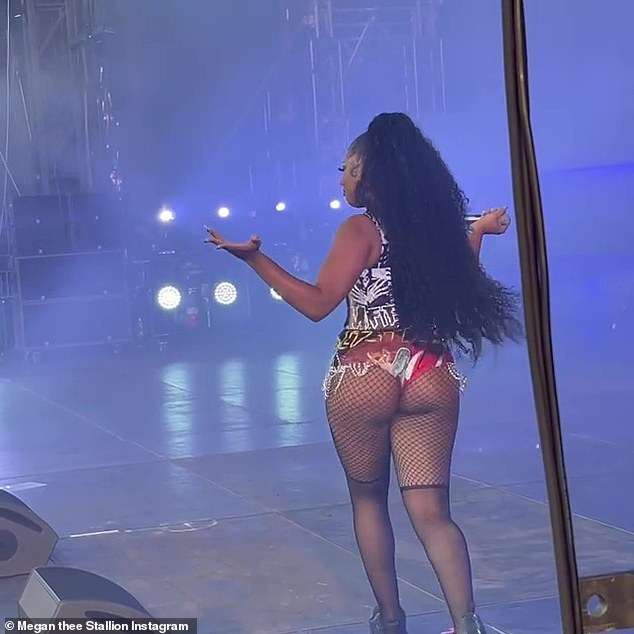 Backshot: She certainly got her exercise in as she ran all around the stage 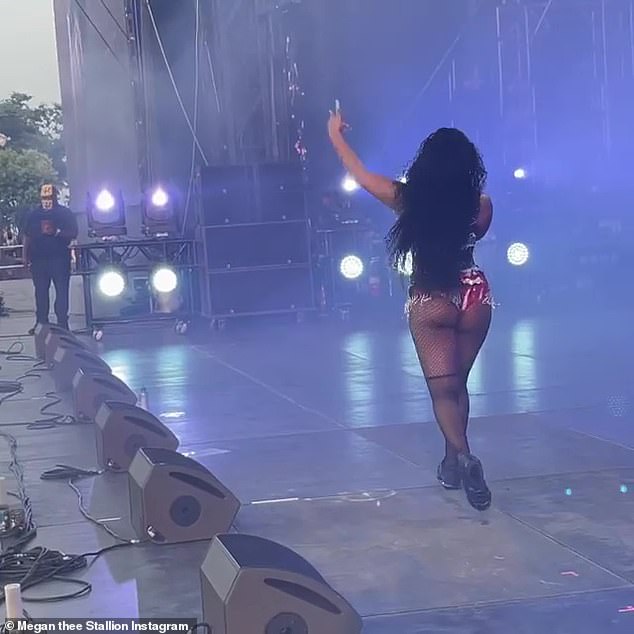 Quick on her feet: For the very movement heavy performance she wore sneakers

In her video throngs of people mobbed each other to get a glimpse at the three-time Grammy winner.

And despite the highly contagious Delta variant of the Coronavirus, only few masks seemed to be present in the crowd.

She naturally played all of her greatest hits including Savage, Body, Thot S**t, and countless others including WAP — her racy spring anthem with Cardi B. 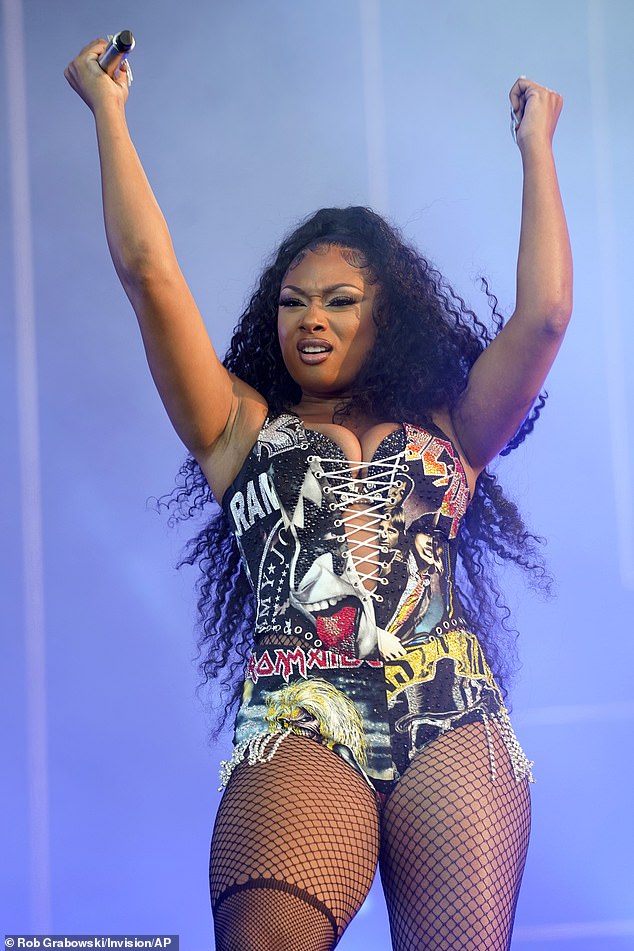 Fired up: The Houston native certainly capped off the second to last slot on the main stage with a bang 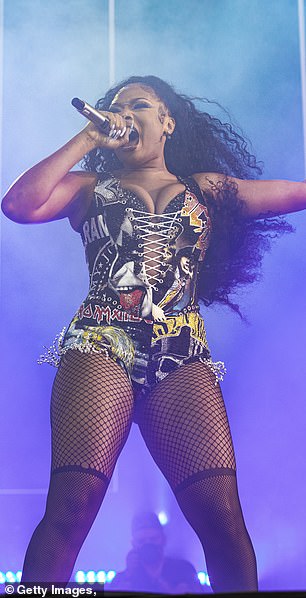 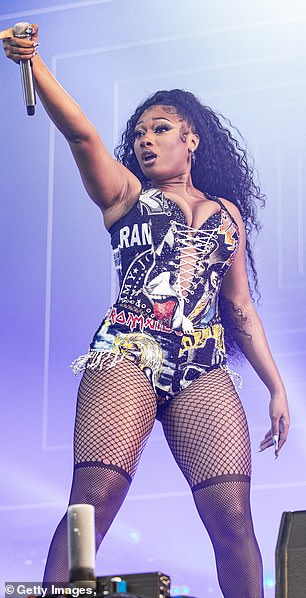 Role model: In between calling on her ‘hot girls’ to bring the noise, she also gave some uplifting pep talks where she spoke about the importance of mental health and education 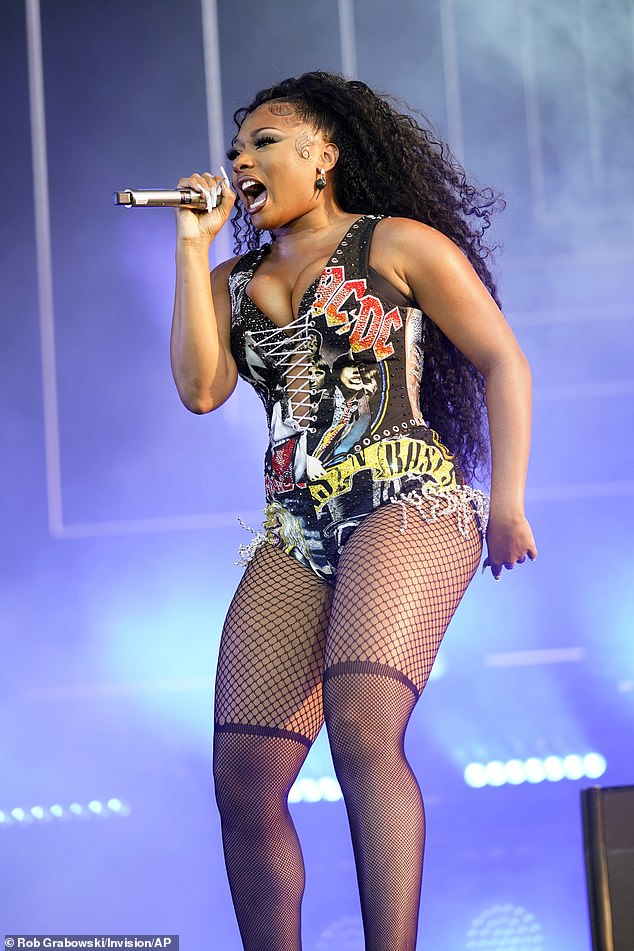 Main attraction: Megan’s performance preceded that of Post Malone who capped off the night on the main stage 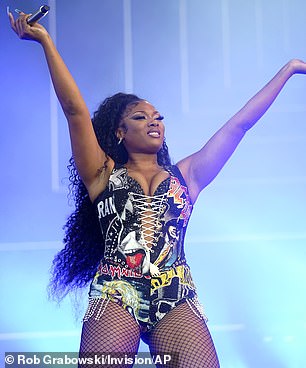 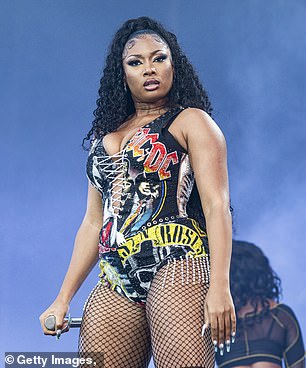 Fierce: The performance was full of a lot of sass

In between calling on her ‘hot girls’ to bring the noise, she also gave some uplifting pep talks where she spoke about the importance of mental health and education.

Additionally she proudly announced during the sunset performance that she will be graduating this fall from Texas Southern University.

She had originally wanted to become a nurse before she chose to pursue music full time but still has continued to work towards a degree.

The last performance of the night on the main T-Mobile stage was Post Malone who went on an hour after Megan. 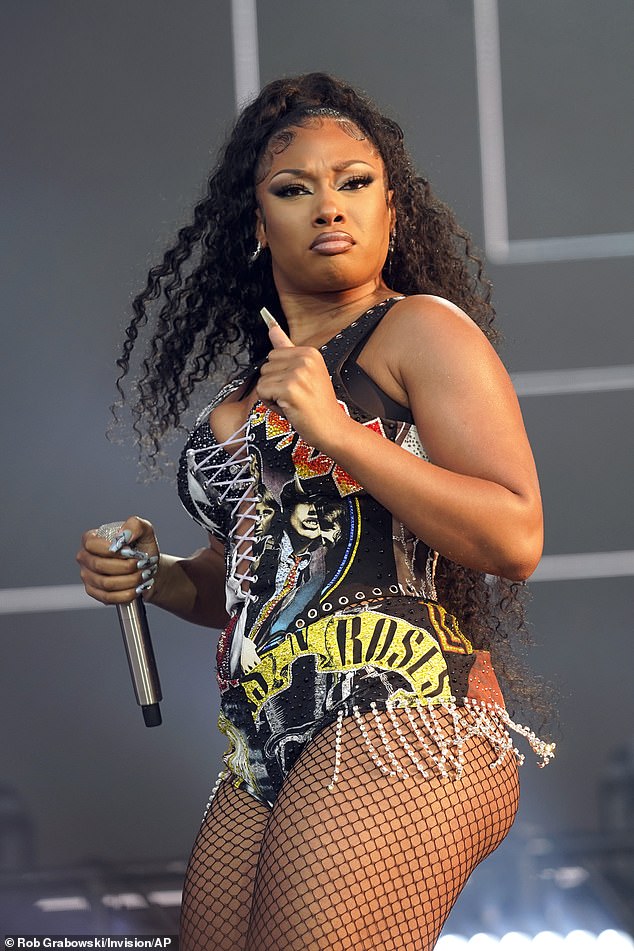 Beauty and brains: Hot Girl Meg told the crowd that she would be completing her college degree in the fall 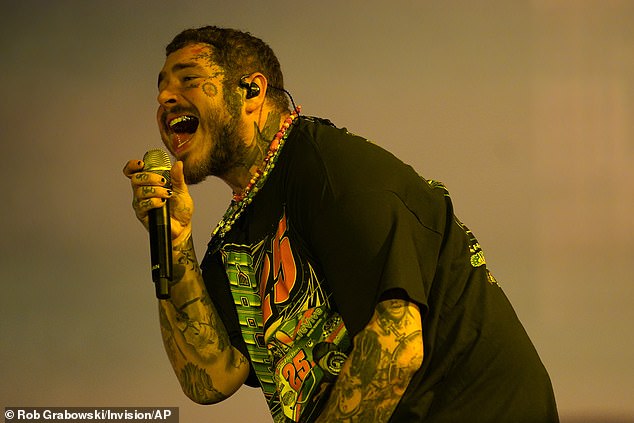 Closing act: Post Malone was tapped to close out the T-Mobile stage 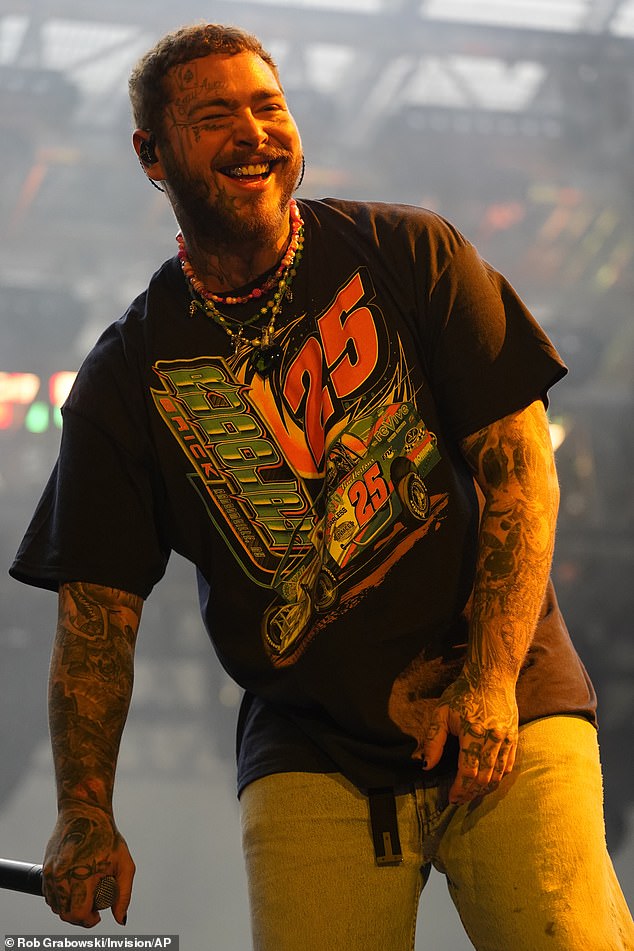 Rock and roll: The Rockstar singer had a tough act to follow after Megan’s energetic performance