Megan Thee Stallion is recounting the terrifying moment where she claims fellow rapper Tory Lanez allegedly shot her in both feet and has said that she thought he might ‘shoot me and kill me.’

Lanez, 29, – real name Daystar Peterson – was charged after allegedly shooting at Stallion after she left a SUV during a drunken argument in the Hollywood Hills on July 12, 2020.

‘So, I get out the car and it’s like, everything happens so fast,’ Stallion told CBS host Gayle King in an emotional interview on Monday. ‘And all I hear is this man screaming. And he started shooting. I’m just like, “Oh my God.” He shot a couple of times.’

‘I was really scared’: Megan Thee Stallion tearfully recollects 2020 shooting incident where rapper Tory Lanez allegedly shot her in both feet (Pictured above on CBS Mornings)

Lanez pleaded not guilty to the felony assault charge as well as felony possession of a loaded, unregistered firearm in November 2020.

He is next due to appear in court on September 14.

Stallion continued: ‘All I hear is this man screaming and he said, “Dance b****!'” the rapper explained. ‘And he started shooting and I’m just like, oh my God.’

‘I didn’t even want to move, I didn’t want to move too quick,’ Stallion added while tearing up and getting emotional. 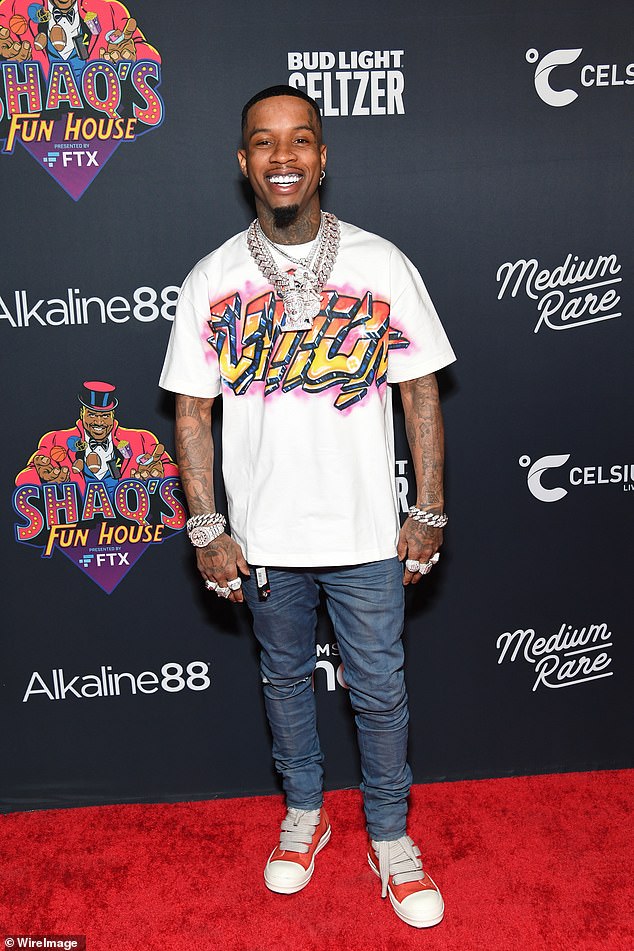 Under fire: Lanez pleaded not guilty to the felony assault charge as well as felony possession of a loaded, unregistered firearm in November 2020 (Pictured above in February this year)

‘I was really scared ’cause I had never been shot at before,’ she said.

The pair were rumored to have been dating at the time, but Stallion claimed in her op-ed for the New York Times that they were just friends. 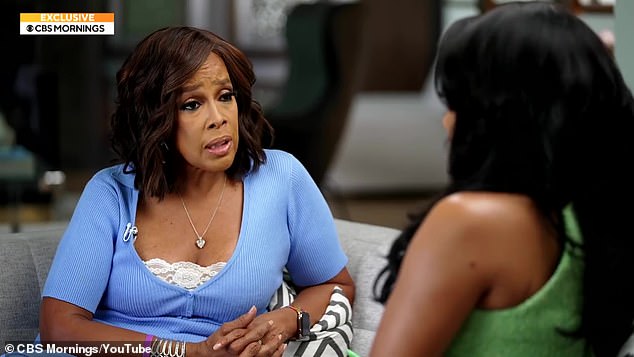 Telling all: Stallion sat down with Gayle King for an interview on CBS Mornings that aired Monday 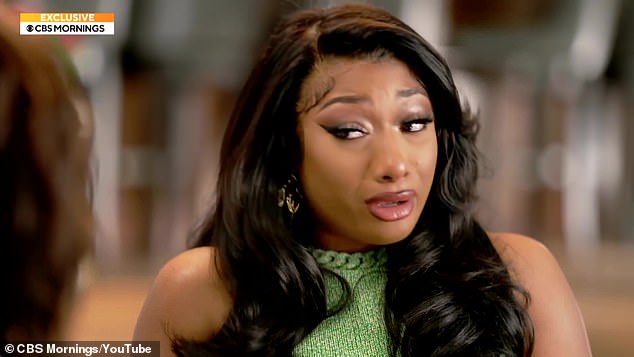 Fearing her life: Stallion – real name Megan Jovon Ruth Pete – claims she thought she would be shot and killed on the night 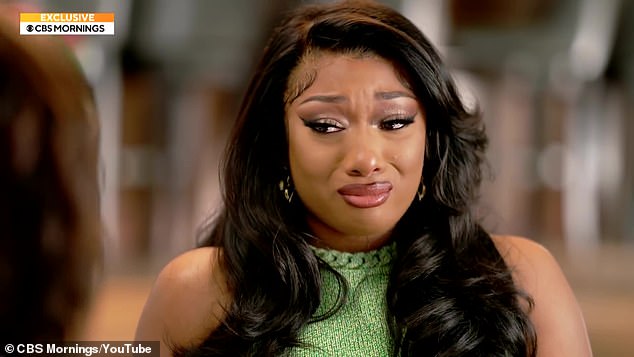 Breaking her silence: This is the first TV interview the musician has given on the subject 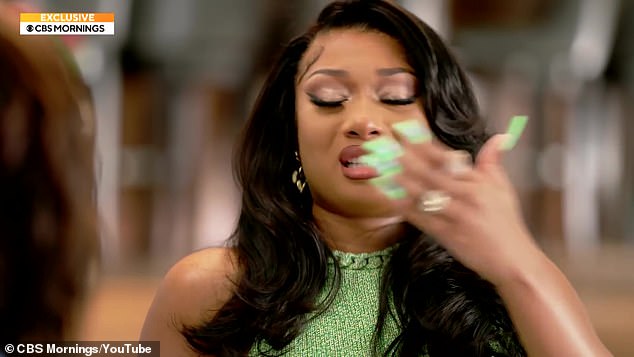 Overcome: The rapper began to cry and get emotional as she spoke to Gayle King about it

Stallion’s wounds are believed to have been caused by shrapnel in her feet and has initially claimed she sustained the injuries by stepping on glass.

Talking about how the altercation took place, Stallion explained: ‘It was an argument because I was ready to go and everybody else wasn’t ready to go, but that’s like normal friend stuff.’

‘We fuss about silly stuff all the time. But… I never put my hands on anybody, I never raised my voice too loud. This was one of them times where it shouldn’t have got this crazy.’ 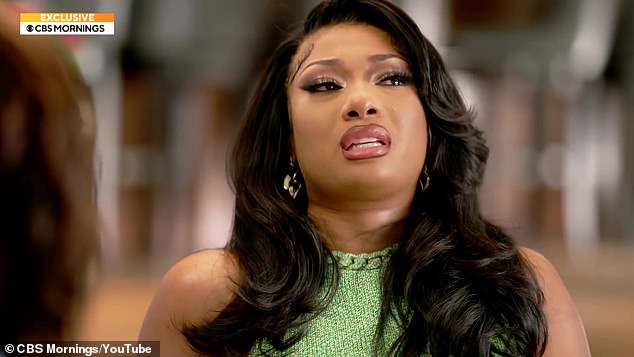 Too much: The 27-year-old star appeared to be overcome with emotion