The Duke and Duchess of Sussex have broken royal protocol throughout their relationship and the birth of their first child was no different.

Having torn up the rulebook with their whirlwind courtship and wedding, the couple have unsurprisingly eschewed royal traditions once again.

In a statement made through the palace, the Sussexes announced last month that they wanted to keep details surrounding the birth of their first child private.

Harry and Meghan opted for a birth shrouded in secrecy – choosing not to even announce the Duchess was in labour until she had actually given birth.

Here are the other ways the couple challenged historic conventions and went to the beat of their own drum as they brought the new Baby Sussex into the world. 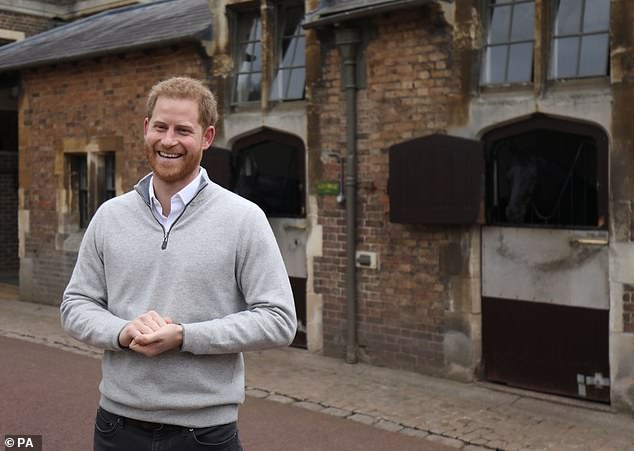 Speaking from Windsor, a visibly excited Prince Harry shared his immense pride as he joked of getting just two hours’ sleep, calling the birth ‘the most amazing experience I could ever have possibly imagined’ 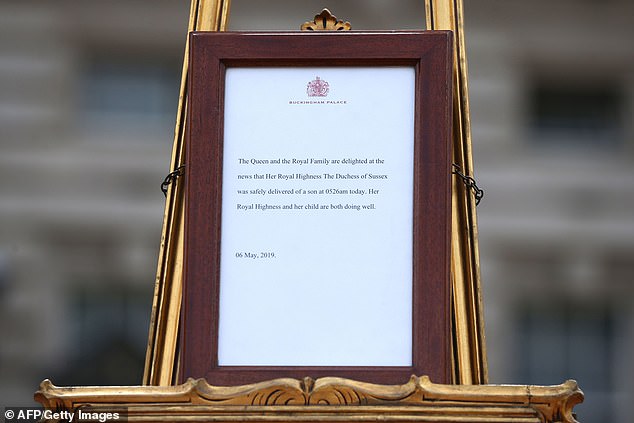 Royal staff confirmed the news with a traditional message on an easel outside Buckingham Palace. The notice pointedly failed to name the physicians who helped with the birth, as is tradition

Labour announcement made after the baby was born

The announcement that Meghan was in labour came over eight hours after the baby had actually been born.

The couple’s newborn son arrived at 5.26am.

In contrast, the palace made an official announcement when Kate had gone into labour with all of her three children, then followed with another announcement once she had given birth.

The couple took to social media to share the happy news with their 6.4 million followers.

Meanwhile, the official notice announcing the arrival of Baby Sussex did not go up by the gates of the Palace until more than two hours after it appeared on online.

This differs from the Duke and Duchess of Cambridge, who announced the birth of Prince Louis before posting it on Instagram. 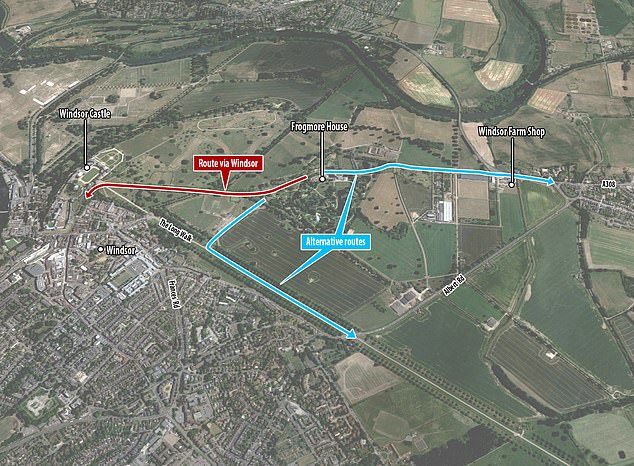 This map shows the route the parents could have taken to get from their home, Frogmore Cottage, to the hospital as Meghan went into labour 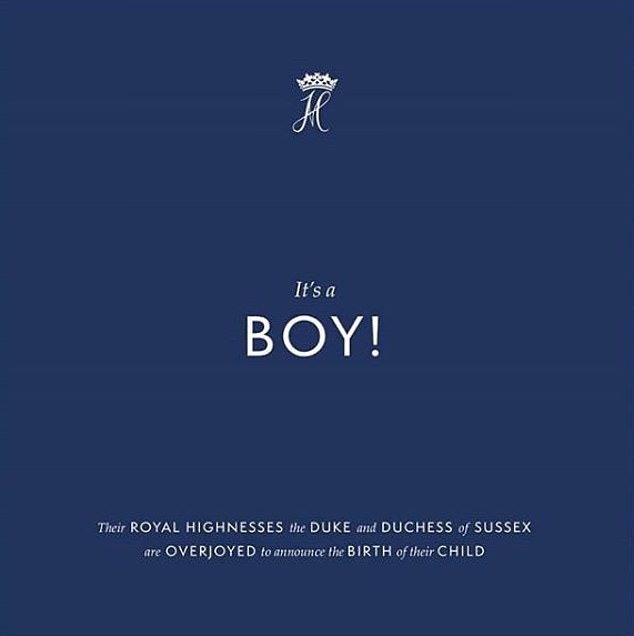 The couple took to social media to share the happy news with their 6.4 million followers

Staying away from the Lindo Wing

Traditionally royal babies were born at home, however this changed with Princess Diana being the first to choose to give birth to William and Harry at the Lindo Wing in the eighties.

Meghan, 37, opted against the £7,500-a-night Lindo Wing where sister-in-law Kate Middleton gave birth, reportedly in favour of the US hospital in London, The Portland.

The Portland in Fitzrovia is owned by the Hospital Corporation Of America, and is where royal Sarah Ferguson, as well as Meghan’s celebrity pal Victoria Beckham, and Kate Winslet chose to give birth.

If Meghan and Harry indeed went to the Portland, they are expected to have spent at least £8,000 – the price of a basic birth package.

Prices at the plush West London hospital ward start at an eye-watering £5,900 for a one-night stay, with a stay in one of the suites closer to £7,500. 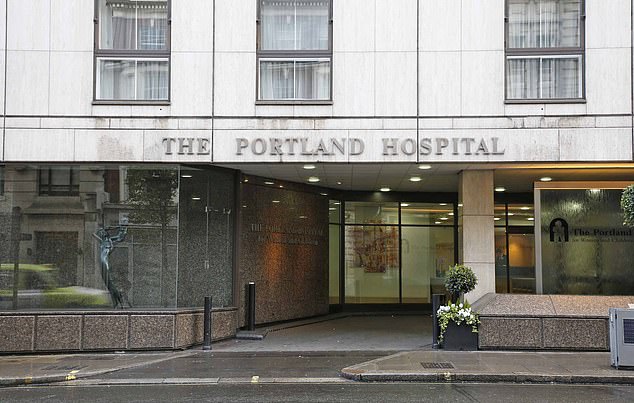 Meghan and Harry are thought to have welcomed their first son into the world at the private Portland Hospital in London, where even a ‘basic’ delivery costs £15,000 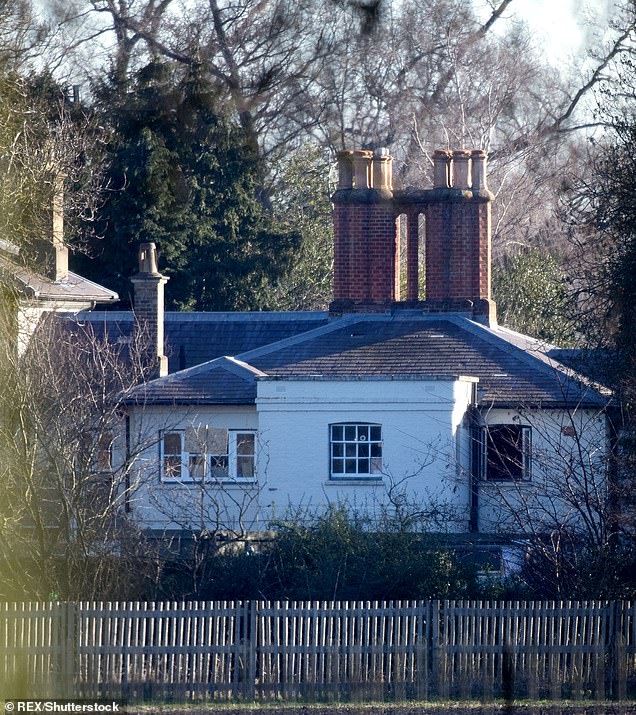 Within hours of becoming new parents, the happy couple had returned to their home, Frogmore Cottage (above), with their infant son

Meghan has thus far eschewed the traditional photo shoot in the wake of the birth.

After the birth of her three children, Kate has famously appeared on the steps of St Mary’s Hospital in London, perfectly coiffed and manicured, and shown her newborn off to the world with William standing proudly at her side.

The Duke and Duchess of Cambridge faced a mass photocall at the private Lindo Wing of in Paddington hours after all three of their children were born.

Meghan is said to have considered the idea of posing for pictures and well-wishers straight after the birth as archaic.

In a statement, Buckingham Palace said ahead of the birth: ‘Their Royal Highnesses have taken a personal decision to keep the plans around the arrival of their baby private. The Duke and Duchess look forward to sharing the exciting news with everyone once they have had an opportunity to celebrate privately as a new family.’

As yet, only Harry has appeared before photographers and it remains unknown when the world will be get a glimpse of the new mother and her son. 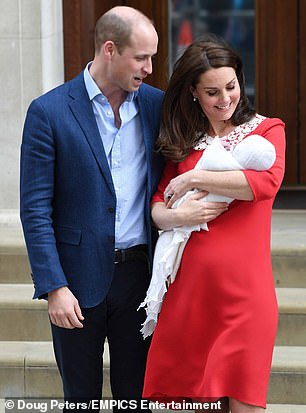 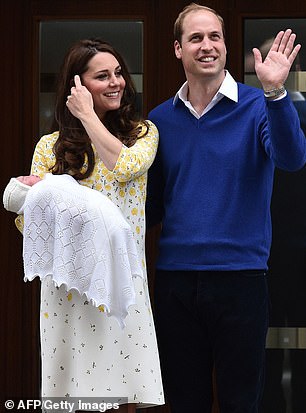 The Duke and Duchess emerging onto the steps of St Mary’s Hospital with Prince Louis, left in 2018, and Princess Charlotte, right, in 2015 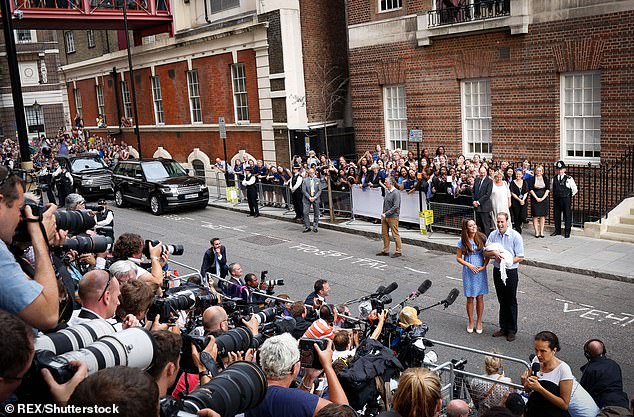 Speaking from Windsor, a visibly excited Prince Harry shared his immense pride as he joked of getting just two hours’ sleep, calling the birth ‘the most amazing experience I could ever have possibly imagined’.

Within hours of the dawn birth, the couple were back at Frogmore where Harry, 34, gave an impromptu press conference to break the news to the world.

He confessed he had snatched only a couple of hours of sleep, adding with a broad grin: ‘This little thing is absolutely to die for, so I’m over the moon.’

Video footage of his impromptu press conference was in stark contrast to Kate and William’s notably more subtle affair – the pair opted to pose for photos, rather than speak to the cameras. 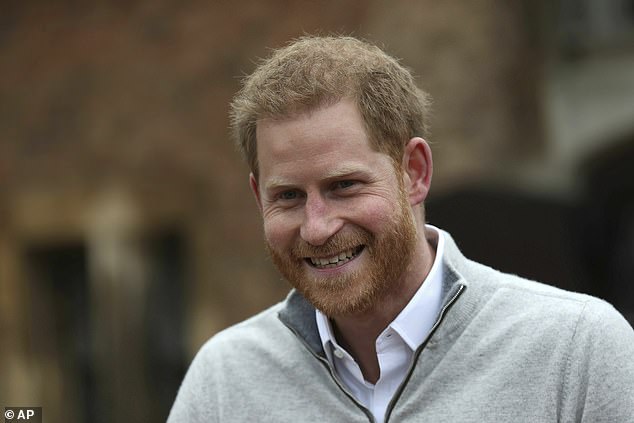 The Duke and Duchess of Sussex are reportedly set to take their new baby on a tour of Africa in the autumn, making him or her one of the youngest royals to go on an official tour.

It is thought the trip would be a sabbatical instead of a long-term fixture and would combine their jobs as Commonwealth ambassadors with charity work and a role promoting Britain.

If Harry does take his new son or daughter on tour, he will be following in the footsteps of his parents and brother.

Prince Charles and Princess Diana broke with protocol by taking their sons of royal tours before their first birthdays.

Prince Harry was taken to Venice in 1985 at just six months old while Prince William flew across the world to New Zealand for a royal tour at nine months.

The baby shower is typically considered an American consumerist affair, starting during the baby boom era and seeing friends and family showering the mother-to-be with gifts.

Such parties are seen as something of a faux-pas for members of the royal family, seen as inappropriate because of their wealth.

She flew out to her baby shower in a private jet, spending a few days in New York City with her close friends.