Meghan and Harry will visit South Africa later this year

Harry and Meghan WILL visit South Africa as part of a tour of the continent this year, Britain’s High Commissioner confirms

The Duke and Duchess of Sussex are to visit South Africa later this year, the country’s British High Commissioner has confirmed.

At a press conference in London this morning, commissioner Nigel Casey confirmed that Meghan and Harry will embark upon a royal tour of the Rainbow Nation although he didn’t offer a specific date.

It’s unclear whether the couple’s son Archie will travel with his parents or remain in the UK.

The Duke and Duchess of Sussex, pictured with their new son Archie, will make the trip to South Africa later this year, the British High Commissioner to the country has confirmed

Mr Casey told a press conference this morning that the couple were ‘coming back to visit South Africa in the Autumn’.

He joked: ‘That’s great news for us, and I predict it’s also good news for the South African economy.

‘I predict a hat and frock buying frenzy, which could restore economic growth all on its own.

‘We’re hugely looking forward to that and thanks in anticipation for that and all the support that I know we’re going to receive.’ 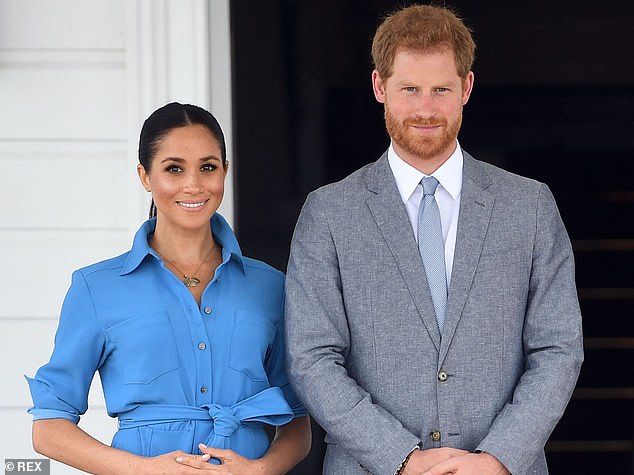 The news comes after speculation that the Duke and Duchess of Cambridge will travel to Asia this autumn for a major official tour.

It is understood the trip will focus on Commonwealth countries, meaning destinations might include Bangladesh, India, Malaysia and Singapore.

Sources believe there is a good chance of a visit to Sri Lanka, where a terror attack on Easter Sunday left at least 258 people dead, but less likelihood of a stop in Brunei, which has attracted criticism for its human rights record. It is believed China was considered but was ruled out.

Fuller details of the tour, which will be weeks apart from a visit by the Duke and Duchess of Sussex to Africa, will be announced in the coming weeks.