Harry and Meghan have been revealing snippets of information via the Kensington Palace Twitter account about their wedding, which is to be held on the same day as the 2018 FA Cup Final.

Prior to the wedding, Meghan will be baptised and confirmed as a member of the Church of England. She is also undergoing the rigorous process of becoming a UK citizen that could alleviate US income tax problems and ultimately affect her net worth.

Here’s everything you need to know about the Royal Wedding 2018.

When are Prince Harry and Meghan Markle getting married?

Prince Harry and Meghan Markle’s wedding date has been set for Saturday, May 19, 2018.

The Royal couple will marry in a ceremony that is expected to last an hour, starting at 12pm BST and unlike most British royal weddings that are held on weekdays, Meghan and Harry will marry on a Saturday.

There is also speculation that because of Harry’s close relationship with his grandfather, Prince Philip, who is now 96, the Royal Wedding has been pushed forward to ensure the attendance of the Duke of Edinburgh.

They are looking forward to the day and to being able to share their celebrations with the public and wanted to share the following details about their wedding on May 19th with you: pic.twitter.com/hZbn7reYCc

Royal expert Katie Nicholl said: ‘He’s incredibly close to his grandfather and, being 96, Harry thought it was a great thing to have the wedding sooner rather than later, so his grandfather could be there, fit and healthy’.

May 19 is also the day of one of the biggest English sport events of the year, the FA Cup Final and while Prince William, the President of the Football Association, usually presents the trophy to the winner, it has not been confirmed whether he will be caught up in the Royal Wedding to do so in 2018.

However, football fans have joked that while his wedding will occur on the same day, Harry has chosen the time of the ceremony specifically so it wouldn’t clash with the FA Cup Final kick off at 5:30pm BST. 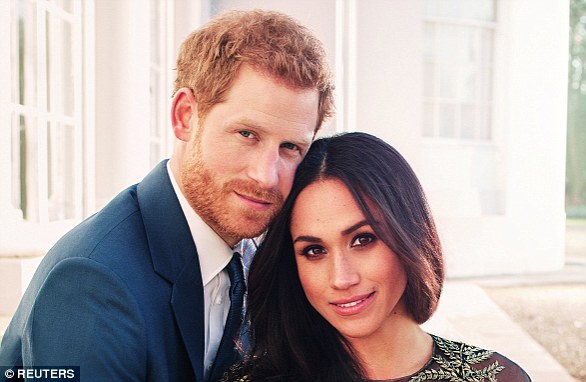 Will the Royal Wedding coincide with the birth of Prince William and Kate Middleton’s baby?

The Royal Wedding will not overshadow the birth of the new Royal Baby because it is predicted that Kate will have her third child in late April or early May.

A tweet from Kensington Palace confirmed that the baby would be expected in April 2018 which is around the time of Princess Charlotte’s birthday on May 2 and William and Kate’s wedding anniversary on April 29.

The Royal Baby arriving ahead of May 19 could mean that one of the new baby’s first public engagements may be the Royal Wedding.

Where will the Royal Wedding take place?

Despite the Queen, Prince Philip, Prince William and Kate Middleton all getting married in Westminster Abbey, the Royal Wedding will take place at St George’s Chapel at Windsor Castle.

Kensington Palace announced in February 2018 that the service, beginning at 12pm, will be conducted by the Dean of Windsor and officiated by The Archbishop of Canterbury, The Most Reverend and Rt Honourable Justin Welby.

Windsor Castle, which is located in west London, not too far from the couple’s current home, is one of Queen Elizabeth II’s main residences and is where the monarch first got to know Meghan.

The wedding service will begin at 12noon at St George’s Chapel. The Dean of Windsor will conduct the service and The Archbishop of Canterbury will officiate as the couple make their vows. pic.twitter.com/dTS56fy22c

St George’s Chapel will provide the historic setting that is reminiscent of past Royal weddings but is a more intimate venue than Westminster Abbey.

Prince Charles married Diana, Princess of Wales at St Paul’s Cathedral and had a small civil ceremony at Windsor Guildhall to mark his marriage to Camilla Parker Bowles.

However, Charles and Camilla did have a blessing in the venue where Harry and Meghan will be married in 2005. Prince Harry was also christened at St George’s Chapel in Windsor.

Where is Meghan Markle’s engagement ring from?

Meghan Markle’s engagement ring was custom designed by her fiance and was made by court jewellers Cleave and Company.

Despite rumours that Harry would propose with the Queen Mother’s engagement ring, he decided to create the piece himself which included a centre diamond from Botswana, where the couple had visited in August 2017.

The two smaller stones set on either side of the main stone are in honour of Princess Diana as they are from her collection. 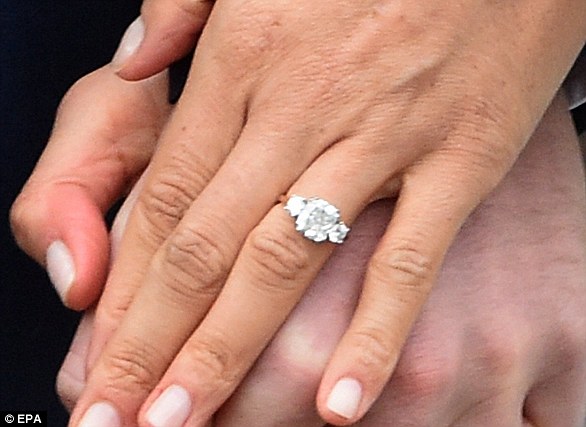 In Meghan and Harry’s iconic first interview with the BBC, the Prince said: ‘The ring is obviously yellow gold because that’s Meghan’s favourite and the main stone itself I sourced from Botswana and the little diamonds either side are from my mother’s jewellery collection, to make sure that she’s with us on this crazy journey together.’

According to Andrew Brown, President of WP Diamonds, the three carat cushion cut diamond with two stones that are 0.5ct to 0.75ct each, has an estimated value of over $50,000, but because of the royal provenance, could sell for $500,000 to $1million.

The wedding dress was the talk of 2018 London Fashion Week and after Kate Middleton’s Alexander McQueen number seven years ago, Meghan will find it difficult to top.

Editor of the British edition of Brides magazine said: ‘It’s going to be the greatest fashion commission of 2018. There’ll be millions of eyeballs on it. It’s her major fashion moment.’

Many are positive that Meghan will choose a British designer, but Erdem Moralioglu, Ralph & Russo, Burberry, Alexander McQueen and Giles Deacon remain the favourites. Victoria Beckham has also denied rumours that she will be designing the Royal Wedding Dress.

Who will Meghan’s bridesmaids be?

Meghan Markle’s bridesmaids could include the likes of stylist Jessica Mulroney, daughter-in-law of Canadian Prime Minister Brian Mulroney as well as Hollywood and Bollywood actress Priyanka Chopra. Serena Williams is also thought to be in the running, herself having married Reddit’s Alexis Ohanian in 2017.

However, Meghan is unlikely to ask her estranged half-sister Samantha Grant to be a bridesmaid. On the Channel 5 show The Wright Stuff, Samantha confirmed that Meghan’s father, Thomas Markle, would be present at the wedding, despite her mother, Doria Ragland, revealing that she would be honoured to walk her daughter down the aisle.

Who is Harry’s best man?

While royals usually have a supporter rather than a best man, there is a strong possibility that William will return the favour for his brother after Harry supported him in 2011 during the last Royal Wedding.

Prince Harry has been an usher in a number of his friends’ weddings so his supporters could also include Guy Pelly or Thomas van Straubenzee, but this has not been confirmed.

Who will attend the Royal Wedding 2018?

St George’s Chapel was chosen as the official Royal Wedding venue because Harry expressed his preference of having an intimate wedding and something different to what is seen during the grand events held at Westminster Abbey.

Prince George and Princess Charlotte are expected to be page boy and flower girl, especially after their starring roles at their aunt Pippa Middleton’s wedding. Another potential flower girl could be daughter of Meghan’s close friend Jessica Mulroney, Ivy, who was regularly featured on the actress’s Instagram before it was shut down.

With a capacity of around 800 people and Harry’s desire for the Queen and Prince Philip to be in attendance, the wedding will be smaller than other royal weddings but is still expected to welcome a number of famous faces. 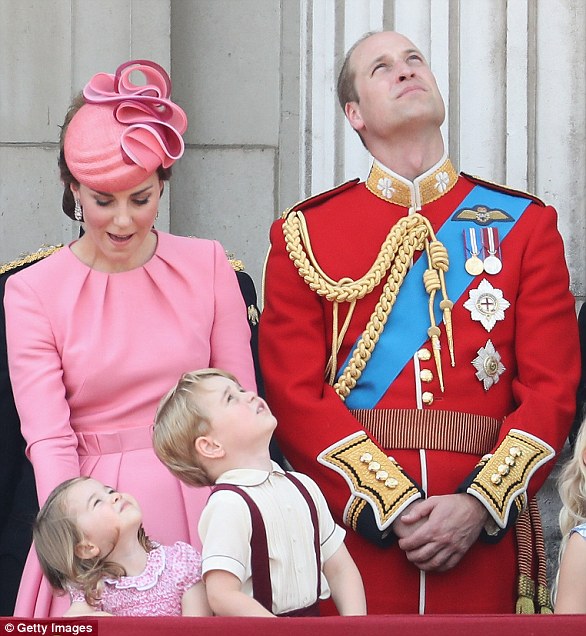 Despite Anthony Joshua joking about being Prince Harry’s best man and asking if Meghan had ‘any sisters’, the guest list is a closely guarded secret that will not be revealed until the attendees arrive at the Chapel.

With the venue capacity at 800 and the Royal Family’s close relatives alone being over 50, the list may have to be cut short. Princess Eugenie and her new fiance Jack Brooksbank may attend, alongside Kate’s sister Pippa and her new husband, James Mathews.

Theresa May, Boris Johnson and Philip Hammond would usually be invited, considering their position in the UK government, but they could be among those whose invite got ‘lost in the post’.

Invites for the former and current US President, Barack Obama and Donald Trump, has caused a little drama and it is unsure whether either will attend if they are invited. Others expected to be invited include Violet von Westenholz, the mutual friend who introduced the couple, as well as Suits star Patrick J. Adams and Made in Chealsea’s Millie Macintosh.

After the ceremony at 12pm at St George’s Chapel in Windsor, the newlyweds will embark on a carriage procession that will pass Castle Hill, High Street, Sheet Street, Kings Road, Albert Road, Long Walk and then reach Windsor Castle.

A reception will also be held at St George’s Hall for the couple and the rest of the congregation before a private evening reception for close family, hosted by Prince Charles.

Will the Spice Girls perform at the Royal Wedding?

Mel B may have hinted at a Spice Girls reunion taking place during Prince Harry and Meghan Markle’s Royal Wedding. The 42-year-old appeared on American day-time talk show The Real on February 28, 2018, at which time she was asked about plans to attend the ceremony.

The former pop star confirmed that she would be in attendance, a fact that was meant to remain a secret, before dropping a few more hints about a possible performance.

Loni Love, one of The Real’s co-hosts, asked Mel B: ‘Do you know anybody that you think is gonna go to this wedding?’ to which Mel nodded her head and said, ‘Yeah, I’m going…I don’t know if I should’ve said that!’

Mel B was then asked whether any of her high profile friends would be at the Royal Wedding.

‘Well us five Spice Girls…why am I so honest?’ she said.

The Real hosts quickly caught on and began digging for more information. Asked if they’d be performing during Prince Harry and Meghan’s big day, Mel B tossed her hands in there air, adding: ‘This is where I’m just like…I need to go. I’m going to be fired!’

Meghan is said to be a longtime fan of the Spice Girls. Reps for the actress and her Royal suitor did not immediately respond to MailOnline’s request for comment, however.

Will we get a day off when Prince Harry gets married?

While the Royal Wedding date was under speculation, many hoped that it would occur on the Bank Holiday weekend of May 26, 2018 and give Brits a day off work.

However, the day was confirmed as Saturday, May 19 and will be the first Royal Wedding to be held at the weekend. Pubs will also be permitted to apply for longer opening hours to allow revellers to continue celebrations later into the night.

When did William and Kate get married?

Kate Middleton and Prince William got married at London’s Westminster Abbey on Friday, April 29 and the British public were given an extra Bank Holiday in 2011.