Meghan is crowned Tatler’s Girl of the Year 2018

The Duchess of Sussex has been named Tatler’s Girl of the Year 2018 in the magazine’s annual accolade.

Meghan, 37, will appear in the October issue of the society bible which will list the winner for each year from 1960 to the present day.

Previous Girls of the Year include the likes of Cara Delevingne and Lady Mary Charteris as well as those with royal links themselves.

Meghan Markle has been named Tatler’s Girl of the Year 2018 in the latest issue of the society bibe. Pictured: Meghan on her wedding day in May

Prince Harry’s ex-girlfriend Cressida Bonas has made the list in previous years as has the October cover star Lady Amelia Windsor.

Tatler says that the most recent Girl of the Year is certainly a step away than previous successors.

Tatler’s Rebecca Thorpe writes: ‘A departure from some of the Girls who come earlier on the list – who are variously toffs, mischief-makers and social media mavens, Meghan Markle is none of the above, although she is nonetheless worthy of the accolade.’ 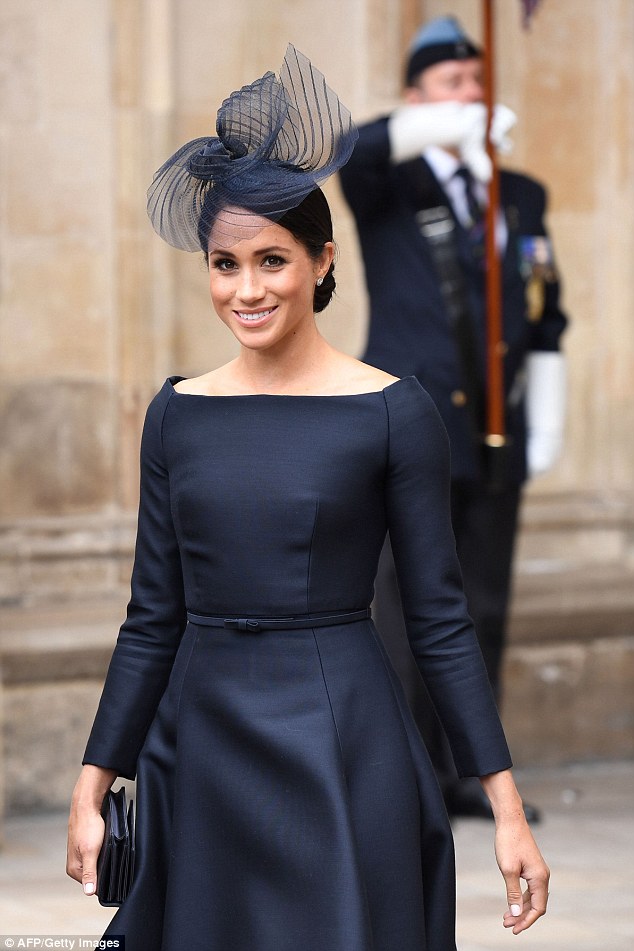 The magazine says that the Duchess of Sussex has ‘indefinable, unmissable quality that makes [her] the one for whom heads turn’

Writer David Jenkins comments in the issue, which is released on September 3, she also has ‘that indefinable, unmissable quality that makes [her] the one for whom heads turn’ adding ‘everyone – but everyone – is desperate to be, right here, right now, and forever.’

The newly-minted royal has proved popular with the magazine having made it’s best dressed list just a month earlier. 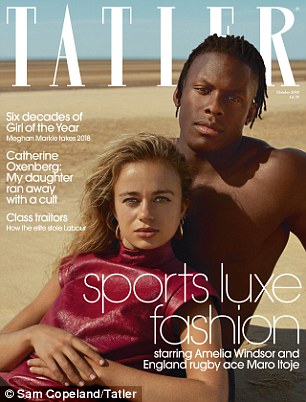 The October issue of Tatler magazine goes on sale September 3

Meghan appeared alongside the Duchess of Cambridge and her nephew Prince George in the annual round up in August.

Many of Meghan’s outfits have sold out within minutes of her being photographed, as women clamour to emulate her chic style.

The publication said of the Duchess: ‘Prince Harry’s Californian bride blew us away with her Givenchy wedding dress and has redefined modern royal style with every subsequent appearance.’

Other royal mentions included Tatler columnist Lady Amelia Windsor, the Duchess of Cornwall and the Queen herself.

Outside of royal circles, there were a handful of unconventional entries.

Singer Dua Lipa made the list – known for her devotion to crop tops and tracksuit bottoms – as well as former One Direction heartthrob Harry Styles, who has recently styled himself on glam rock star Mick Jagger.