The Duke and Duchess of Sussex have kicked off the second day of their whirlwind tour of Africa on the beach where they met young surfers who use the ocean as a therapeutic escape from their violent communities.

Prince Harry and Meghan Markle met a group of excited children on Monwabisi Beach near Cape Town this morning, where they heard about the work of the Waves for Change charity.

They will also hear about the Lunchbox Fund, one of four charities to benefit from public donations made following the birth of their son Archie, who has joined his parents in South Africa for his first official royal tour.

The Lunchbox Fund provides nearly 30,000 meals every day to Waves for Change programmes and schools in South Africa’s Townships and rural areas. 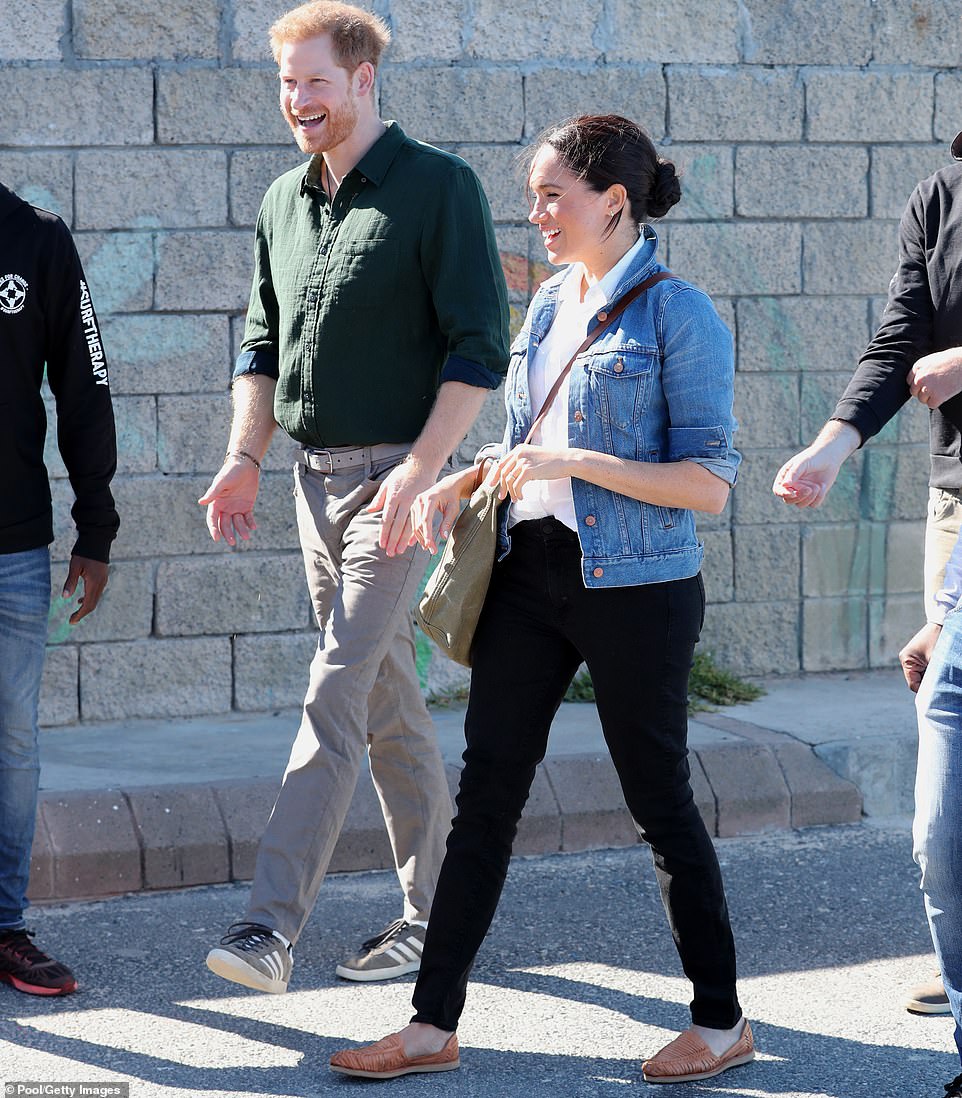 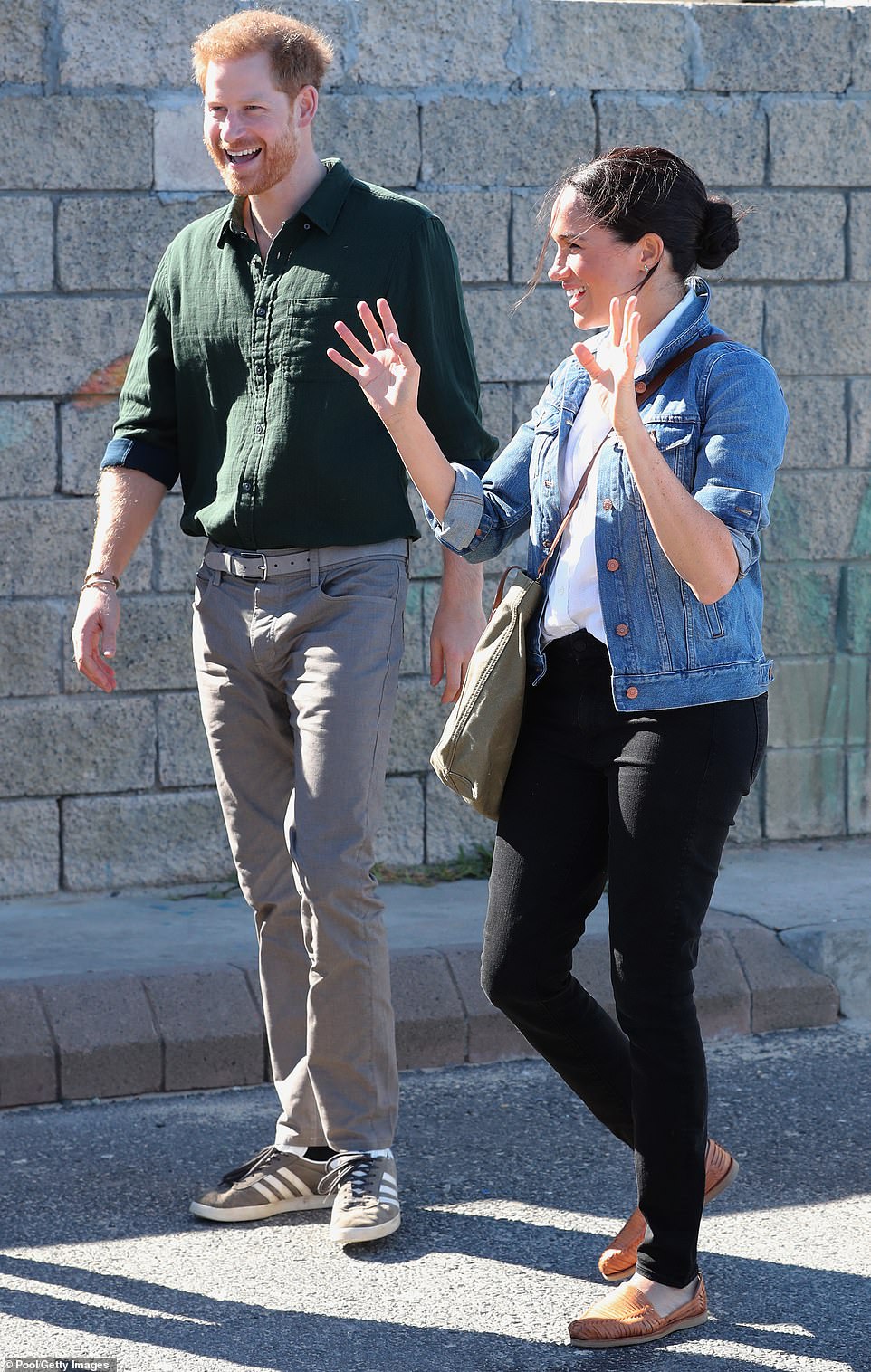 They will hear about the Lunchbox Fund, one of four charities to benefit from public donations made following the birth of their son Archie, who has joined his parents in South Africa for his first official royal tour 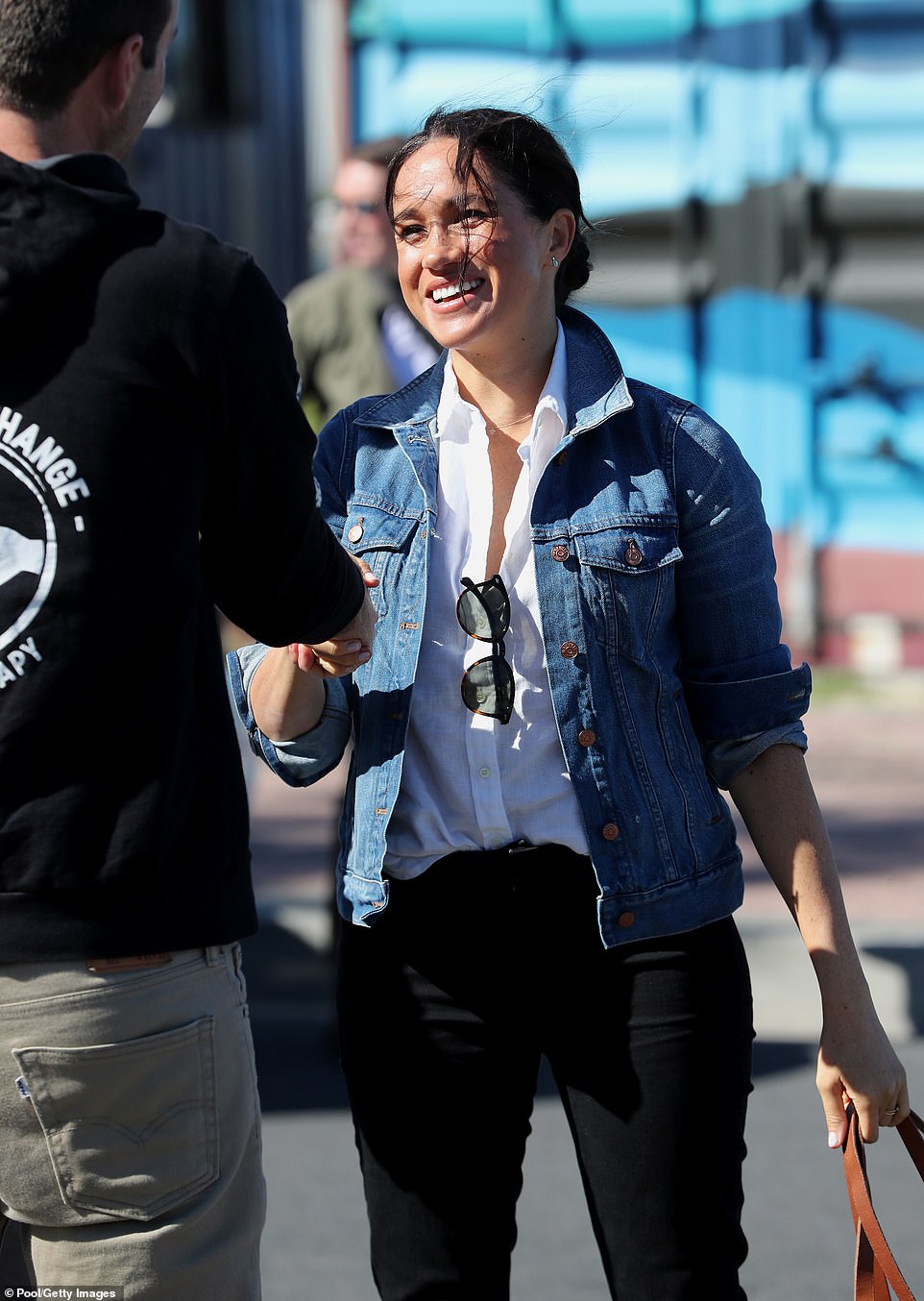 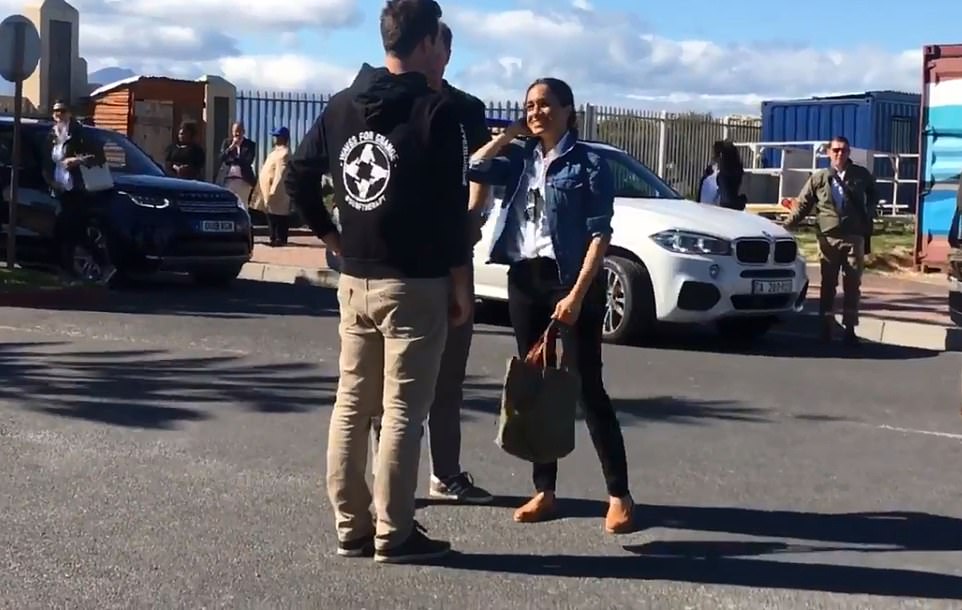 After spending their first day in Cape Town, this morning the Duke and Duchess of Sussex headed to Monwabisi Beach to learn about the work of Waves for Change 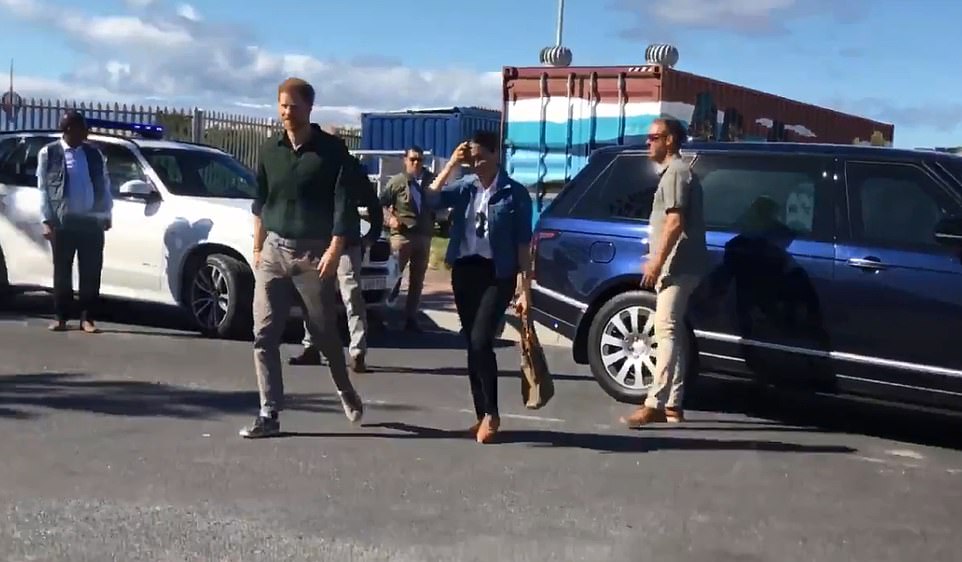 Ash Heese, 27, projects manager at Waves For Change explained that the project had been running for nine years, starting from a small van on the beach.

It now works with 1,200 children from across Cape Town and the Eastern Cape.

She said: ‘We had no idea that the couple had even heard of us until they featured us on their Instagram account. We woke up on a Monday morning to find our social media goi f crazy.

‘We really hope that this visit will raid awareness of the work we are doing.

‘These young people on average experience eight acts that affect their mental health every day, ranging from extreme poverty to violence and intimidation. Most of us experience four in a lifetime.

‘Mental health is not something that is well addressed in South Africa. There is a severe shortage of trained staff.

‘The mentors here are amazing. They don’t have to have formal qualifications but are very special people with empathy and understanding. It is what these children need so very badly. ‘

Later today, Harry will travel by boat with a crew from the City of Cape Town Marine Unit to Seal Island to learn about their work combating the poaching of abalone.

Abalone is a type of sea snail that is at critically low levels, as a plate of the marine delicacy is worth more than its weight in gold – £420 a plate – to Chinese diners. 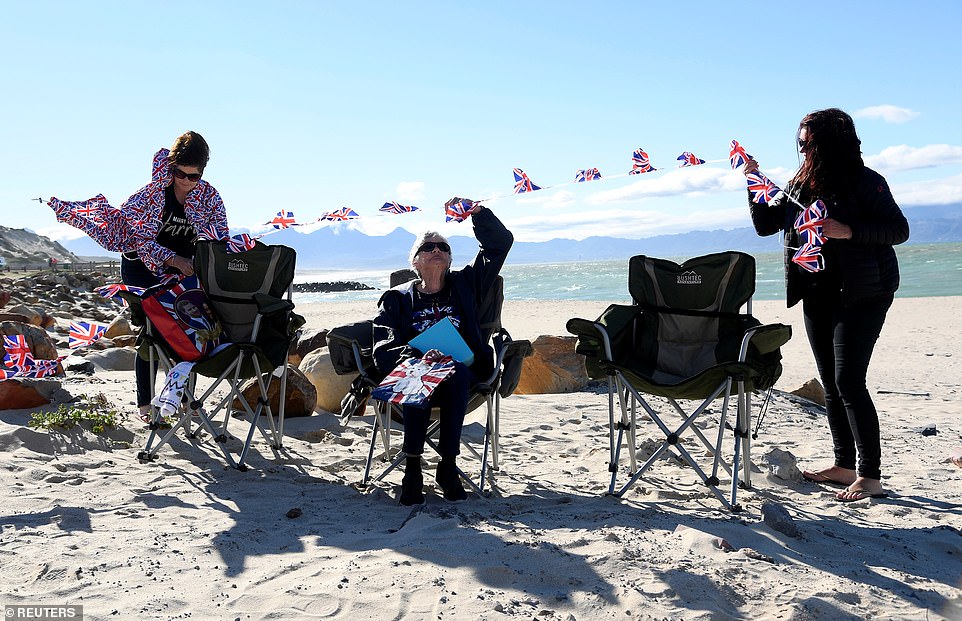 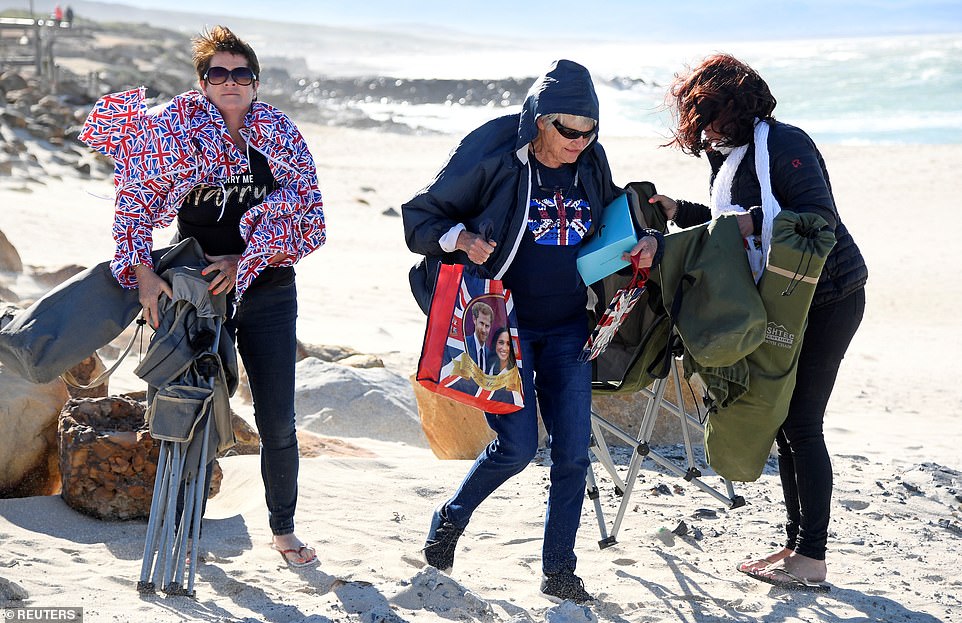 In his role as Captain General Royal Marines, Harry will meet two Marines who have been training the Cape Town unit as part of a Ministry of Defence initiative that began last summer.

To mark Heritage Day, a public holiday in South Africa celebrated on September 24 when the nation recognises its culture, diversity and traditions, the duke and duchess will visit the country’s first and oldest mosque.

At the Auwal Mosque in Bo-Kaap, Cape Town, the couple will meet faith leaders before going on a walkabout in the district.

They will end the day meeting young people and community and civil society leaders at the official residence of the British High Commissioner in Cape Town.