With her history of animal activism and semi- vegan diet, the Duchess of Sussex could be forgiven for putting off a huntin’, shootin’ and fishin’ visit to Balmoral since marrying into the Royal Family.

The Duke and Duchess of Sussex will take their son Archie on their first visit to Balmoral, the Queen’s Scottish retreat

But that will all change next week, as I can disclose Prince Harry is to take the American former actress and their baby son, Archie, on their first visit to the Queen’s Scottish retreat.

They will be able to join his grandmother and Prince Philip on bracing walks in the Highlands, salmon fishing in the River Dee and grouse shooting, if Meghan is feeling really adventurous.

‘Her Royal Highness will be made very welcome,’ a source on the Aberdeenshire estate tells me.

Sadly, the visit will not help mend fences with Prince William and Kate, as they and their three children returned from Balmoral this week.

A source insists the visits were not deliberately timed so the two families avoided each other. Relations between the ‘Fab Four’ have been strained since the Duke and Duchess of Sussex moved away from Kensington Palace to Windsor and split their respective households. 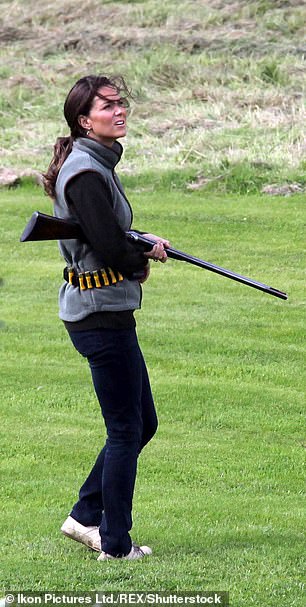 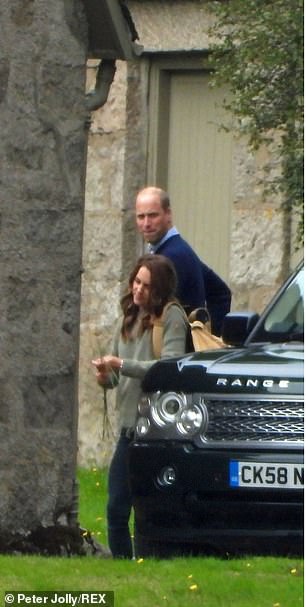 Kate Middleton on a grouse shoot with Prince William in 2009 (left). The Duke and Duchess of Cambridge (right) at a cottage on the Balmoral estate where they had lunch with The Queen, Prince Philip, Princess Anne and Captain Tim Lawrence

Given the criticism of the Sussexes’ use of private jets, they are likely to follow the example of the Cambridges and travel to Aberdeen airport on a scheduled flight.

Some might be surprised that Meghan has not yet visited the Queen’s home north of the border, given that she moved to this country to live with Harry two years ago.

Kate Middleton was pictured shooting at Balmoral with her parents before her engagement to William was announced in 2010. She has gone on to become a keen markswoman.

It will be fascinating to learn if Meghan, an advocate of animal rights and fan of vegan food, picks up a 12-bore during her holiday.

When she visited the Queen’s Norfolk estate, Sandringham, for a very brief stay last Christmas, Meghan is said to have attended the traditional Boxing Day shoot, but did not join the other royals in blasting pheasants, partridges and ducks.

Let’s hope Prince Philip has bought in some veggie burgers for his famous barbecues.

One Balmoral visitor who’s made a great impression on the Queen is her youngest grandson, James, Viscount Severn. 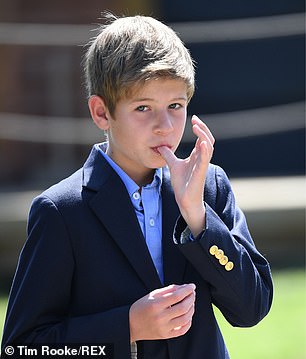 James, Viscount Severn, 11, has made a great impression on the Queen

Prince Edward and Sophie’s 11-year-old son has delighted Her Majesty with his aptitude for fly fishing. ‘James is in the River Dee as often as possible, waders up to his armpits,’ reports my kilted source. ‘Sophie, who is a keen fisherwoman herself, likes to stand with him. The Balmoral ghillies [gamekeepers] are impressed with both of them. Less so with Edward.’

Another royal skill for which James has shown an enthusiasm is barbecuing. The source says: ‘He’s rather good at flipping burgers.’ Perhaps he could get a job at McDonald’s in Camberley, near his family’s Surrey home, when he grows up? 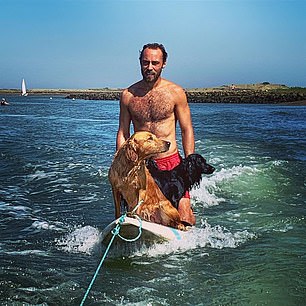 James Middleton pictured with his dogs Mabel, a golden retriever, and Luna, a cocker spaniel

James Middleton’s pooches are truly pampered — the Duchess of Cambridge’s brother has spent the summer teaching them to surf.

And, to prove it, the 32-year-old marshmallow entrepreneur has shared this holiday snap of him being towed on a surfboard off the Norfolk coast with two of his canine companions, Mabel, a golden retriever, and Luna, a cocker spaniel.

‘We spent the day playing on the water,’ says James, who has credited his furry friends with providing emotional support while he battled depression.

Prince Philip may have hung up his driving gloves, but his son Prince Charles’s favourite disco diva, Sheila Ferguson, has made a motoring breakthrough — at the age of 71. ‘After months of serious stress, nervous breakdown city, not only have I passed my UK theory exam, but just passed my UK practical driving test with flying colours,’ enthuses the Three Degrees singer. ‘Hip, hip, hurray. 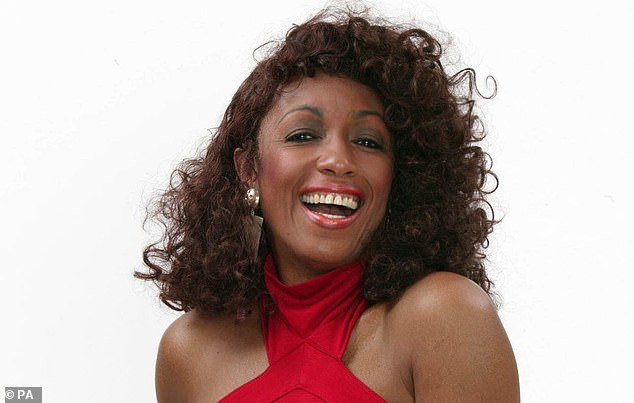