They have gone to great lengths to keep their burgeoning romance under wraps for over a year.

But in the strongest indication yet that their relationship is growing more serious by the day, Meghan Markle has spoken about Prince Harry for the first time in a candid interview with Vanity Fair.

The US actress, who graces the cover of the society magazine’s October issue, has never before spoken publicly about her affair with the fifth-in-line to the throne.

But she has finally admitted the pair are very much ‘in love’ and confirmed that the royal is indeed her ‘boyfriend’.

Meghan, 36, also appeared to hint that while an engagement could soon be on the cards, the couple will continue to keep their ‘love story’ private and stay firmly away from the spotlight.

Meghan Markle has opened up for the first time about her whirlwind romance with Prince Harry. Speaking to Vanity Fair, the 36-year-old US actress calls the heir to the British throne her ‘boyfriend’ and lifts the lid on their ‘special’ relationship

She told Vanity Fair’s contributing editor Sam Kashner: ‘We’re a couple. We’re in love. I’m sure there will be a time when we will have to come forward and present ourselves and have stories to tell, but I hope what people will understand is that this is our time.

‘This is for us. It’s part of what makes it so special, that it’s just ours. But we’re happy. Personally, I love a great love story.’

Last month the pair were pictured boarding a flight to Botswana to celebrate Markle’s 36th birthday.

The fiercely private couple have only been spotted in public together on a handful of occasions – with Harry allegedly making secret trips to pick her up at the airport. 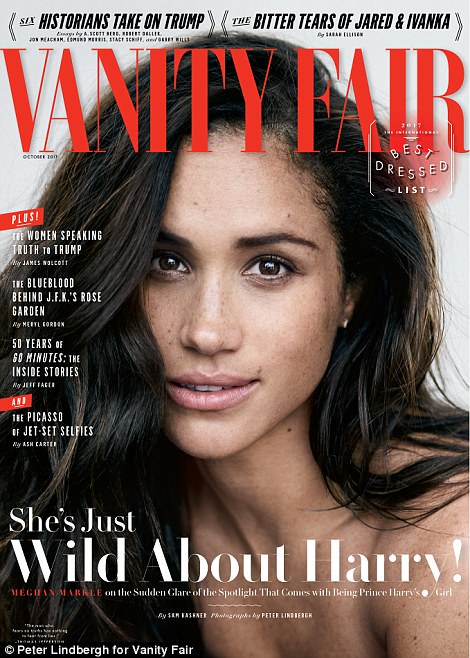 Cover star: The full interview with Meghan appears in the October issue of Vanity Fair, on sale Friday September 8

Meghan made her society debut when she watched Harry perform at a polo match in May, and earlier this year she joined him at the Jamaican wedding of the royal’s close friend Tom Inskip.

But despite reports that the couple met in May 2016, the Suits star also revealed that they did not meet until July last year – with the pair recently marking their first anniversary in private.

When asked how she handled the media frenzy after their relationship was revealed last year, Markle replied: ‘It has its challenges, and it comes in waves—some days it can feel more challenging than others.

‘And right out of the gate it was surprising the way things changed. But I still have this support system all around me, and, of course, my boyfriend’s support.’

She added: ‘I can tell you that at the end of the day I think it’s really simple. We’re two people who are really happy and in love.’

Meghan also divulged that she doesn’t read press about herself, saying: ‘The people who are close to me anchor me in knowing who I am. The rest is noise.’

She added: ‘Nothing about me changed. I’m still the same person that I am, and I’ve never defined myself by my relationship.’

The couple managed to keep their relationship for several months before it became public knowledge in October.

Just weeks later, Harry issued a statement via Kensington Palace confirming the romance – warning of media intrusion and the ‘sexism and racism of social media trolls’ and saying he was ‘deeply disappointed that he has not been able to protect her’.

Soon after, they jetted to Norway to see they Northern Lights and, in February, they were pictured together for the first time during a theatre date in London’s West End.

Meghan has been spotted strolling near Harry’s Kensington Palace home amid rumours the pair are considering moving in together permanently. 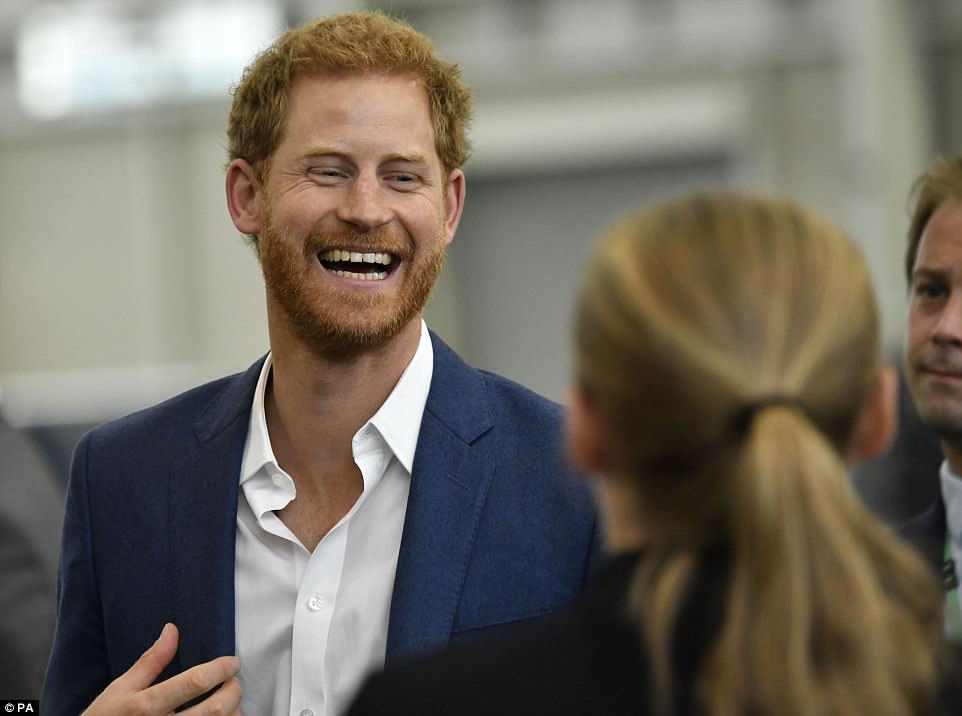 Friends say Harry (pictured this week) is happier than ever after finding love with Meghan. He recently whisked his girlfriend away for a romantic break in Botswana – further fuelling speculation that an engagement could be on the cards 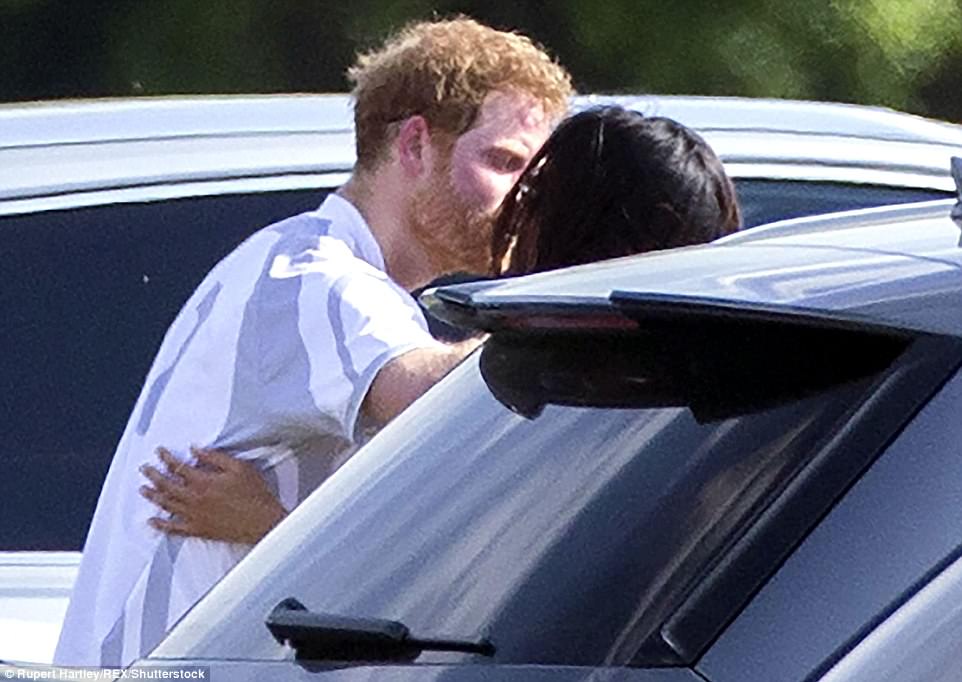 Romance: Meghan made her society debut when she watched Harry perform at a polo match in May (pictured), and earlier this year she joined him at the Jamaican wedding of the royal’s close from Tom Inskip

The actress and her royal boyfriend are believed to have bonded over their shared interest in humanitarian work, and in her latest interview Meghan credits her mother, yoga therapist Doria Ragland, with teaching her about the world and its political challenges.

Meghan also cites the 1992 Los Angeles ace riots, sparked by the police beating of Rodney King, as a watershed moment in her social awareness – recalling being sent home from school early at the age of 11 because there was ‘ash everywhere’ from the street fires.

‘Oh, my God, Mommy, it’s snowing!’ she remembers saying, to which Doria replied: ‘No, Flower, it’s not snow. Get in the house.’

The actress, who has spoken at length about her mixed race heritage in the past – her father Thomas is Caucasian while her mother is African-American – also revealed she has embraced her skin colour by auditioning for ‘white as well as black and Latina roles’.

She also revealed her disappointment at her distinctive freckles being airbrushed out in fashion shoots, saying: ‘I’ve always loved my freckles.’