Jessica Mulroney has revealed Meghan Markle ‘constantly checks up on her’, despite sources saying the pair have ‘grown apart’ after the stylist was left ‘suicidal’ over a racism row this summer.

It was claimed in August that the Duchess of Sussex, 38, had cut ties with the stylist, 40, from Toronto, after black influencer Sasha Exeter accused her of ‘threatening her livelihood’ after ‘taking offence’ at a Black Lives Matter video posted by the online star.

Speaking to Page Six about the scandal, sources claimed Jessica battled ‘severe depression and suicidal thoughts’, revealing: ‘Jess couldn’t talk without crying. She didn’t feel like herself on the meds and she didn’t want to talk to anyone. She could barely respond to a text message.’

They added that Meghan and Jessica’s ‘friendship is not what it once was’, adding: ‘It’s not because of [Exeter]. They’ve just grown apart.’

However Jessica broke her silence to tell the publication are still in touch.

Meghan Markle, 38, has ‘grown apart’ from former best friend Jessica Mulroney, 40, from Toronto after she was left ‘suicidal’ over a racism row this summer, sources have revealed (pictured together in 2015)

‘She constantly Facetimes and checks up on me.’

Jessica insisted that while she has been accused of using Meghan as ‘her superpower’, she ‘refuses’ calls to talk about her.

She said it was ‘protecting’ a friend, while sources added that the stylist would ‘put into contracts’ that she wouldn’t speak about the Duchess.

Jessica and Meghan have been close friends for years, with the stylist’s daughter a bridesmaid and Brian and his twin John serving as page boys at the Duchess’s wedding to Prince Harry.

Finding Freedom, the explosive biography about the Sussexes written by journalists Omid Scobie and Carolyn Durand, recently shed light on the history of Jessica’s friendship with the Duchess.

It told how Meghan and Harry spent time with the Mulroneys, part of the Canadian political dynasty, before their relationship was made public in 2016, and ‘hid out’ at the family home when the news first broke.

It was there, the authors claim, that Meghan ‘fell hard’ for her now-husband after getting a ‘first-hand glimpse of how Harry might be as a father’.

The Duchess was reported to have cut ties with Jessica in the wake of the racism controversy, with a source telling the DailyMail.com she was left ‘mortified’ by the scandal and informed her close friends she felt she could ‘no longer be associated’ with her. 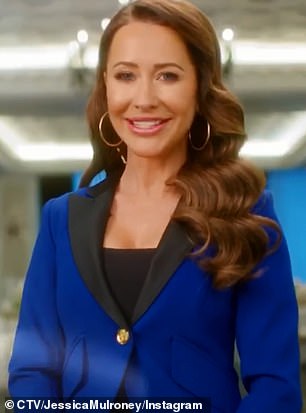 ‘Meghan is absolutely mortified that she’s been dragged into this complete mess. She said Jessica is in no way a racist, but the way she handled the situation [with Sasha] was tone-deaf and heartbreaking,’ a close friend of Meghan’s said at the time.

‘Meghan said friends reflect friends and because of what’s at stake she can no longer be associated with Jessica, at least not in public.

‘She has to do what she has to do in order to preserve her dignity and her own reputation,’ the source added, admitting that they ‘wouldn’t be surprised’ if the controversy was the ‘beginning of the end of their friendship’.

Jessica hit back at rumours at the time,  branding a commenter’s suggestion on one of her posts that she had been ‘dumped’ by Meghan ‘fake news’.

Jessica’s friendship with Meghan was not the only aspect of her life that suffered as a result of the recent controversy.

Having quickly shot to fame thanks to her close friendship with the Duchess of Sussex, Jessica’s fall from grace was even swifter.

The Duke of Sussex ‘never turned up empty-handed’ when they visited Jessica and Ben Mulroney and their twins Brian and John and daughter Ivy, pictured together, the book claims. Seeing Prince Harry with the children helped Meghan see what he’d be like as a father

DailyMail.com exclusively revealed that ABC had quickly severed ties with her, confirming that Jessica would not be returning to her occasional role as a fashion contributor on Good Morning America.

Canadian TV network CTV also distanced themselves from the stylist, revealing that it was pulling all episodes of her wedding-focused reality show I Do Redo from its platforms ahead of its expected US premiere on Netflix.

She then stepped down from the board of directors of The Shoebox Project, a charity that she founded with her sisters-in-law, Caroline, Vanessa, and Katy Mulroney.

In a statement shared on Instagram, the charity said: ‘Jessica Mulroney is a founding member of The Shoebox Project and she has dedicated herself to its growth and success over the years, for which we are very grateful.

‘In light of recent events, the charity supports Jessica’s decision to step away from the Board of Directors.’

Jessica’s husband Ben – the son of former Canadian Prime Minister Brian Mulroney – then stepped down from his role as the host of CTV’s celebrity news show ‘etalk’, a position that he had held for 18 years.