Meghan Markle ran a successful lifestyle blog for years before becoming a royal, and now she is thought to be turning her editorial eye to British Vogue.

The 37-year-old Duchess of Sussex is reportedly guest editing the September 2019 issue and will soon be posing for a series of new photos to appear in the fashion magazine, according to Us Weekly.

‘Meghan will be writing an opinion piece of her own as well as bringing a selection of female change-makers on board to write their own personal essays,’ a source told the publication.

New gig: Meghan Markle, pictured during Trooping Colour, is reportedly guest editing the September 2019 issue of British Vogue as well as writing an opinion piece for the magazine

Not only is Meghan believed to be joining editor-in-chief Edward Enninful in putting together British Vogue’s September issue — which is known to be the biggest and most important of the year — but she is also understood to be taking part in a photo shoot for the glossy publication.

The source said the magazine will feature ‘new photos that haven’t been taken yet,’ adding that Megan is set to participate in a shoot at Frogmore Cottage, the home that she shares with Prince Harry and their son Archie, in Windsor next week.

It is not known whether Harry and newborn Archie will also take part in the shoot for the magazine; DailyMail.com has reached out to Conde Nast for a comment.

The former Suits actress, who was the founder and editor of her now-defunct lifestyle blog The Tig, is no stranger to putting her thoughts to paper or posing for glossy magazine shoots.

The last time she appeared on the cover of a magazine was for Vanity Fair’s October 2017 issue, which was published before her engagement to Prince Harry.

Meghan is certainly paving her own way as a duchess, but she’s not the first royal to take a stab at magazine publishing.

Her father-in-law, Prince Charles guest edited the November 13th edition of Country Life to commemorate his 65th birthday in 2013. He reprised his role as guest editor of the magazine five years later for his 70th birthday. 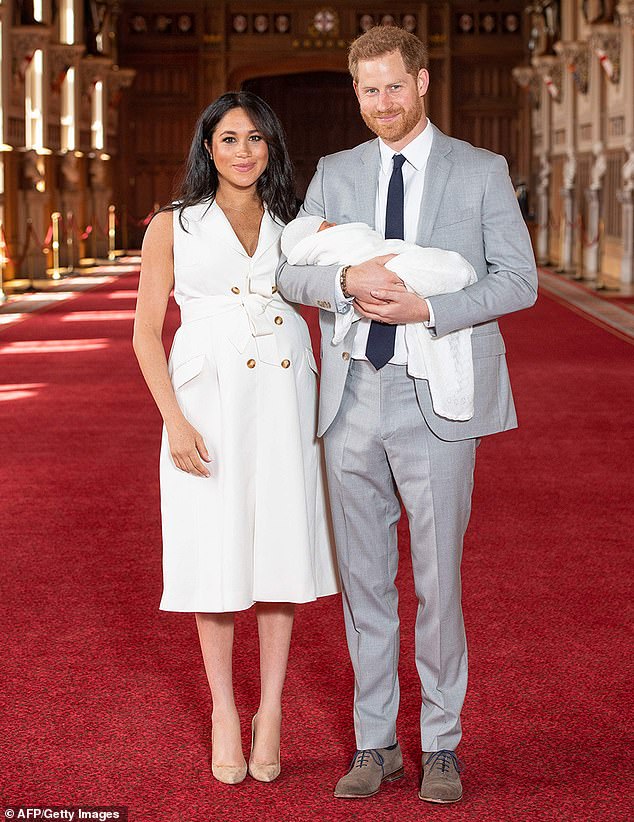 Exciting: A source said source said the magazine will feature ‘new photos that haven’t been taken yet.’ The Duke and Duchess of Sussex welcomed their son, Archie, five weeks ago 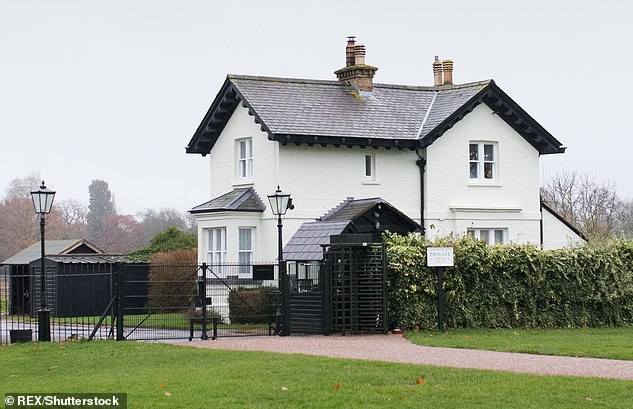 Ready for her closeup: The insider said Megan is set to participate in a shoot at Frogmore Cottage in Windsor (pictured) next week

Meghan will also be following in the footsteps of her sister-in-law Kate Middleton and late mother-in-law Princess Diana if she covers British Vogue.

The Duchess of Cambridge, 37, appeared on the cover of the fashion magazine’s centenary issue in April 2016, helping to mark the publication’s 100th anniversary. 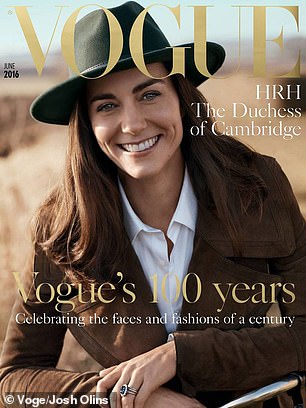 Will Meghan follow in Kate’s footsteps? In April 2016, the Duchess of Cambridge appeared on the cover of British Vogue’s 100th anniversary issue

British Vogue — which was helmed by former editor Alexandra Shulman at the time — collaborated with the National Portrait Gallery on a series of striking portraits of the royal, capturing her looking happy and relaxed while enjoying time in the countryside.

It was the first time that the Duchess of Cambridge had ever posed for the front cover of a magazine, and the milestone moment saw her following in the footsteps of Princess Diana, who graced the front page of the publication on four occasions.

Meghan is a natural choice for a Vogue cover, as she and Kate both have received a stamp of approval from fashion legend Anna Wintour.

The 69-year-old Vogue editor-in-chief was asked to her opinion on one of the most visible members of the royal family earlier this year as part of a new video series called Go Ask Anna, and she only had praise for Meghan.

‘I think she’s amazing,’ said Anna, who went on to add that the Duchess of Sussex and the Duchess of Cambridge ‘are going to keep the royal family afloat.’

It seemed as though the iconic editor was particularly taken with Meghan’s healthy lifestyle, and couldn’t understand any of the criticisms she’s come across. 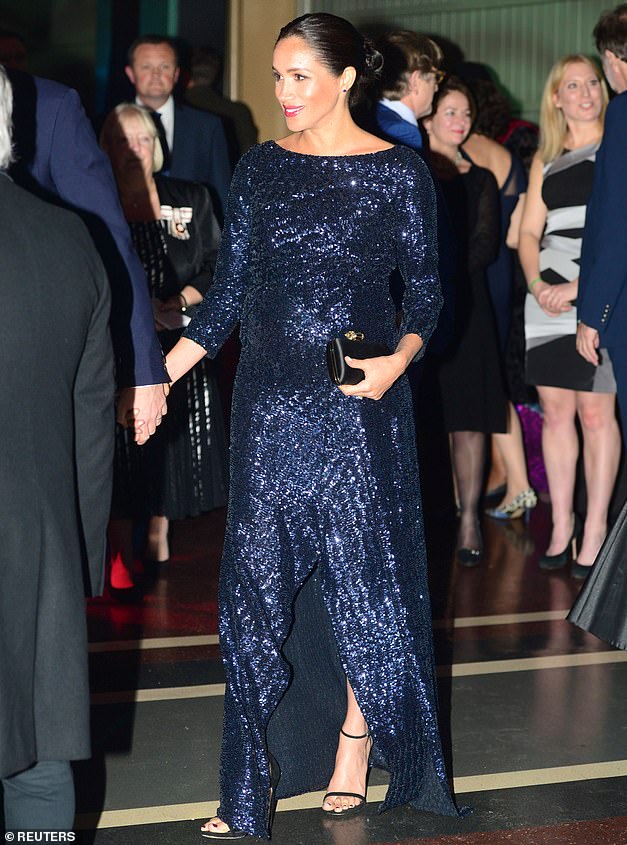 Natural choice: Meghan, pictured in January, was the founder and editor of her now-defunct lifestyle blog The Tig. Her last magazine cover was the October 2017 issue of Vanity Fair

‘I read somewhere that there were members of the royal household that were confused and upset that she woke up so early, at 5 a.m,’ she said. ‘She’s a normal California girl, gets up early, does yoga and meditates.

‘And also [they’re upset that she] sent a lot of text messages. I mean what do they expect, that she was gonna send messages via pigeon?

‘And the royal wedding had the whole world watching and I think that her choice was brilliant, it was sophisticated, it was chic, it was grown-up. 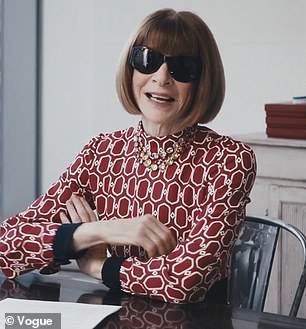 Praise: Earlier this year, Vogue editor-in-chief Anna Wintour gushed that Meghan is ‘amazing,’ adding that she and Kate ‘are going to keep the royal family afloat’

‘It was an English designer, albeit one that was working for a French house, which in a way was a message to the world: Yes, I’m from somewhere else, but I belong.

‘I thought she looked fantastic. The fact that she chose to walk down the aisle by herself, I also thought spoke for an independent woman.

‘I think the picture of the Duchess of Sussex’s mother at the chapel at the wedding was so inspiring to so many women, men all over the world.’

More recently, Anna confessed that would love nothing more than Meghan and Kate attend the Met Gala as her guests.

‘I would love to have the Duchess of Sussex and the Duchess of Cambridge together, that would be my dream’ she said, before adding: ‘They can leave their husbands at home. It’s the two of them I want!’

Meghan, who welcomed her son, Archie, five weeks ago, made her first official appearance since giving birth while attending Trooping The Colour alongside Prince Harry on Saturday.