Meghan Markle’s wedding to Prince Harry will go down in history, but the former actress somehow managed to be the queen of cool on her big day — and it may have had something to do with her ‘chill’ playlist.

The 36-year-old’s make-up artist and friend Daniel Martin told People that he helped create her understated wedding look on Saturday morning while she listened to ‘1950s, chilled music’ via Spotify.

‘She was off her phone and playing music,’ he said. ‘It was just us catching up and asking about mutual friends. Harry was out while we had our time together.’

Keeping calm: Meghan Markle listened to ‘1950s, chilled music’ via Spotify while getting ready for the royal wedding on Saturday her make-up artist Daniel Martin has revealed 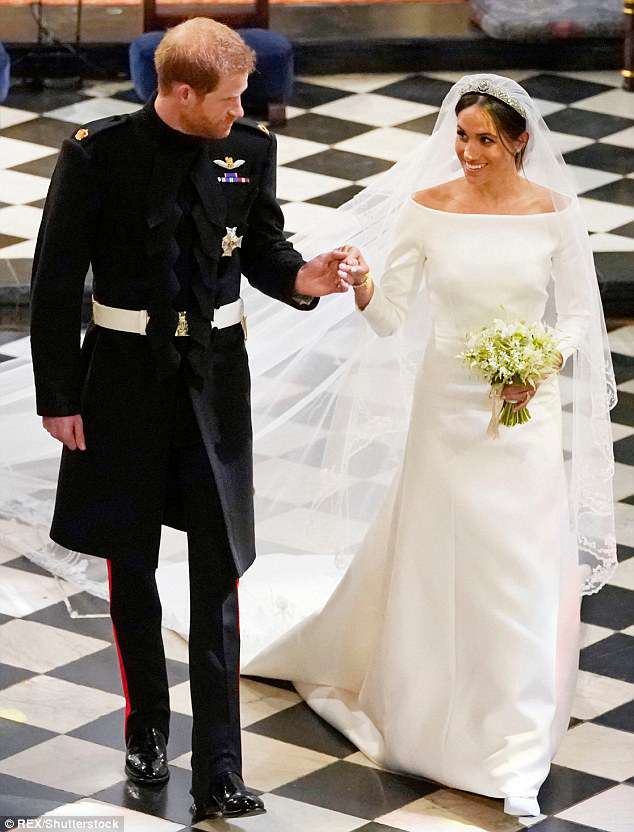 Relaxed: ‘She was off her phone and playing music. It was just us catching up and asking about mutual friends,’ he said of the time they spent together before the ceremony

Billie Holiday, The Drifters, and Ben E. King are all examples of artists who fall into that category, and, whether it was intentional or not, Meghan’s musical preference perfectly matched the vibe of her big day.

During the ceremony held at St. George’s Chapel at Windsor Castle, the Kingdom Gospel Choir performed a breathtaking rendition of King’s hit ‘Stand By Me.’

For the royal couple, their wedding day started bright and early, with Meghan getting up at about six in the morning. However, the atmosphere was more relaxed than one would think.

In addition to the bride, Daniel said there were only four other people around while she prepped for the wedding: himself, hair stylist Serge Normant, dress designer Clare Waight Keller, and Meghan’s mother, Doria Ragland.

Daniel noted that Meghan’s mom was in ‘good spirits,’ and she wasn’t the only one. According to the make-up artist, the bride-to-be was as relaxed as can be.

Coincidence? During the ceremony, the Kingdom Gospel Choir performed a breathtaking rendition of Ben E. King’s hit ‘Stand By Me,’ a song that could have appeared on her playlist 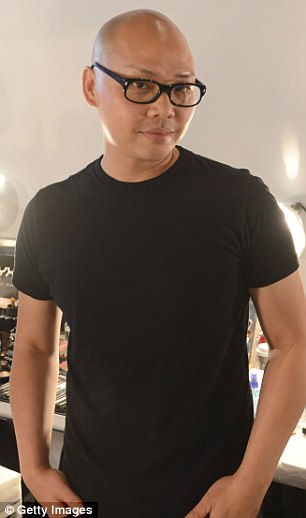 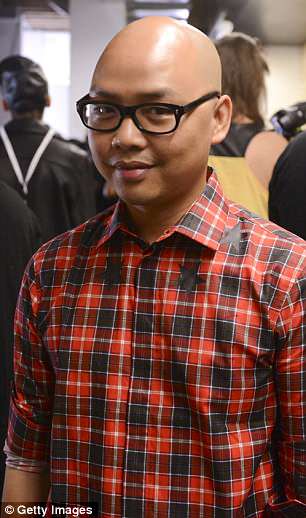 Job: Daniel (pictured in file photos) is based in New York and works as a brand ambassador for Dior, as well as the creative color consultant for Honest Beauty, Jessica’s label

‘She didn’t seem nervous. She was very cool, she was regular Meghan,’ he said. ‘I think we were nervous, but we didn’t want to make her nervous so it was very chilled.

‘Of course, brides have nerves, but if we didn’t put so much expectation on it, it wouldn’t have made her nervous. It was very even, very easy.’

Daniel, whose A-list clients have included Jessica Alba and Elisabeth Moss, is based in New York and works as a brand ambassador for Dior, as well as the creative color consultant for Honest Beauty, Jessica’s label.

However, even he was a bit confused about how he should refer to his friend of almost a decade now that she’s gone from actress to the Duchess of Sussex.

‘I asked her that. “Do I bow to you? I don’t want to disrespect you, but I’ve known for almost ten years. What’s up?”’ he said. ‘She started laughing and she said, “I’m always going to be Meg. Meg.”’ 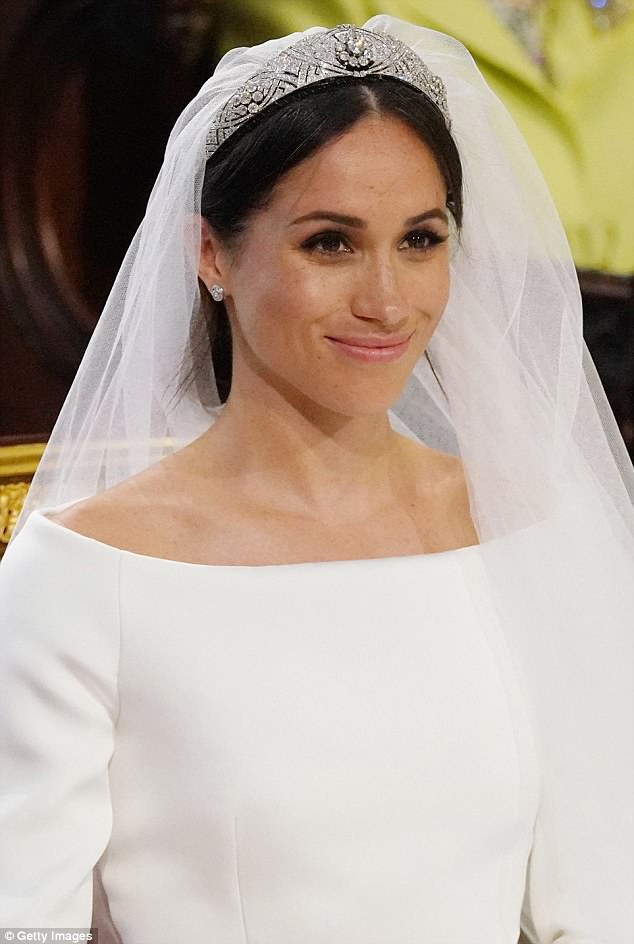 Down to Earth: Daniel, who took care of her look on her wedding day, recounted how she told him before the ceremony that she will always be ‘Meg’ 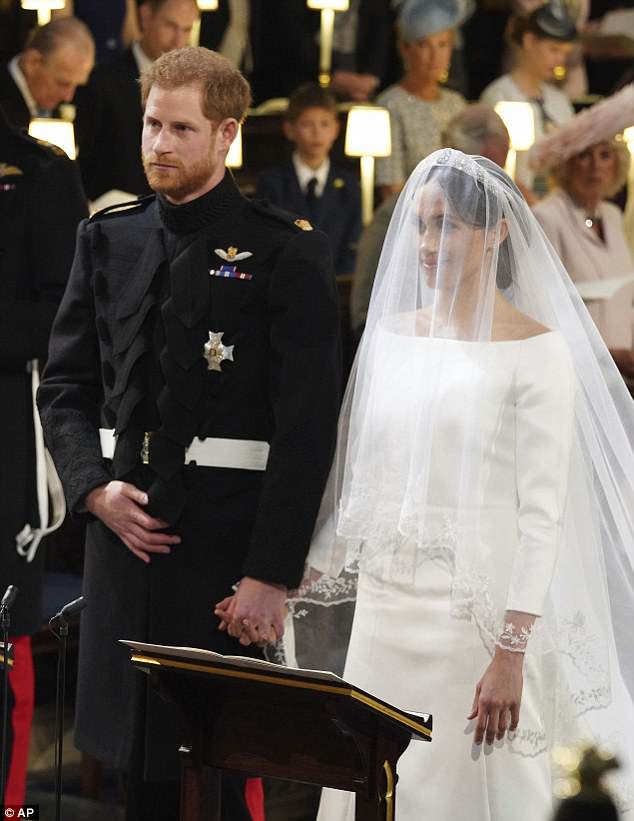 Chic: Meghan’s wedding day make-up was a simple, minimalist look with a light smokey eye and a pale pink lip, in keeping with her modern gown

Meghan’s wedding day make-up was a simple, minimalist look with a light smokey eye and a pale pink lip.

The bride let her natural freckles show and had a healthy, glowing complexion. Her defined eyebrows gave structure to her face, while her peachy lips gave a fresh touch to the overall look.

‘It was all so easy. It didn’t hit us that she was getting married until she got the dress on,’ he said.

The make-up artist, who found the dress ‘so beautiful and so architectural,’ added: ‘The spectacle of the veil and the crown and it was, “Oh my goodness, this is really happening.”‘

Details: The bride let her natural freckles show and had a healthy, glowing complexion. Her defined brows gave structure to her face, while her peachy lips gave a fresh touch to the look

Fairytale: ‘She didn’t seem nervous. She was very cool, she was regular Meghan,’ he said. The Duke and Duchess of Sussex are pictured kissing outside of St. George’s Chapel

Daniel also revealed the final sentence he and Meghan exchanged before the ceremony.

‘Nothing really hit any of us until we got there and we saw the people and the magnitude of everything,’ he recounted. ‘The last thing we said to each other was, “We’ll see you on the other side.”‘

After the ceremony, Daniel saw Meghan again for touch-ups, before she posed with Harry for their official wedding photos.

‘That’s when I started crying,’ he said. ‘It was the first time was able to be there in person. It was almost like she looked at me and said, “What did you think? How’d it go?” And I lost it.’

Daniel, who met Meghan in 2011, has also revealed that he was among the first to know about Harry and Meghan’s engagement.

‘Meghan and I communicate a lot through text because I travel for work and because of the time difference between the both of us, it’s hard to get on the phone,’ he told Elle. 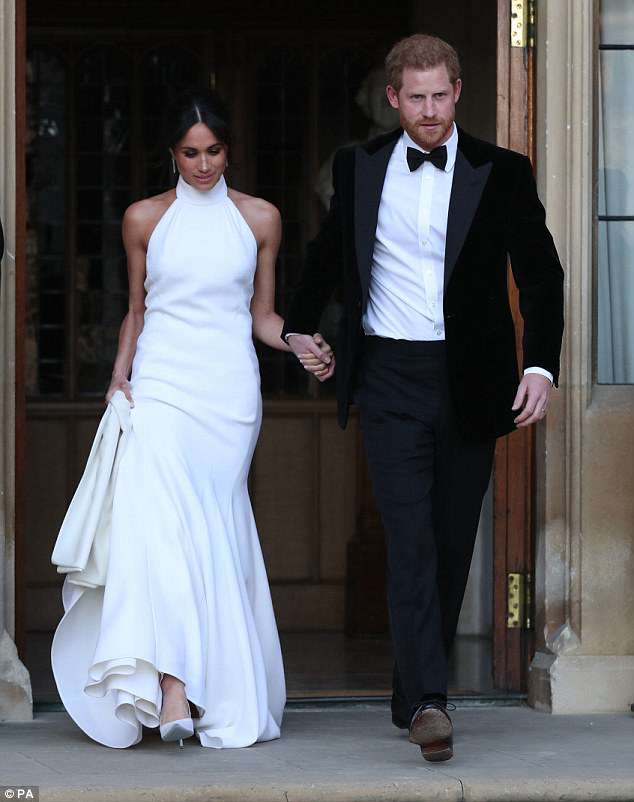 Tips: As for touch-ups, Daniel said Meghan (pictured with Prince Harry on their way to their evening reception) used ‘blot papers and lipstick’ to refresh her look throughout the day Sure tastes: Meghan, according to Daniel, is ‘extremely decisive’ and knows what she wants whenever they work together

‘So she sent me a text asking what I was doing the weekend of May 19th. I was like, “I may be in Cannes for the film festival but what’s up…” and she sent me the bride and groom emoji right back and I literally dropped my phone! Then she sent me the shhhh emoji back so I couldn’t let anyone know…’

The duchess’ make-up look, he said was the result of a ‘very collaborative’ process.

‘She’s extremely decisive and I know exactly what she wants,’ he said. ‘She’s very open and loves make-up so it’s always been fun playing dress up with her!’

Modernity was a key factor in crafting the look, which was meant to go with Meghan’s ‘structural, yet feminine’ dress.

‘The linear line through the boat neck created a framing of her face from her collar bone up. If Meghan had much more make-up on, her face would have been the focus and not the gracefulness of her dress,’ he said.

‘It would have been distracting, and that’s what you don’t want when the dress is the main attraction. Make-up should be the finishing touch to the dress, never the other way around… especially on your wedding day!’

As for touch-ups, Daniel said Meghan used ‘blot papers and lipstick’ to refresh her look throughout the day.