Harry and Meghan will finally visit their dukedom next week when the couple embark on a short tour of Sussex.

The newlyweds, who officially became the Duke and Duchess of Sussex following their wedding on May 19, are set to visit some of the county’s famous landmarks during their whistlestop tour on Wednesday.

Harry and Meghan will kick off their first joint visit to the county at Edes House, located at the heart of Chichester in West Sussex.

There, California native Meghan will be shown the rare Sussex copy of the American Declaration of Independence.

The document is one of only two contemporary handwritten ceremonial manuscript copies, the other being the signed copy housed in the National Archives in Washington D.C.

Sussex bound: Harry and Meghan (pictured in Loughborough on September 24) are set to visit some of Sussex’s most famous landmarks in a whistlestop tour of the county on Wednesday 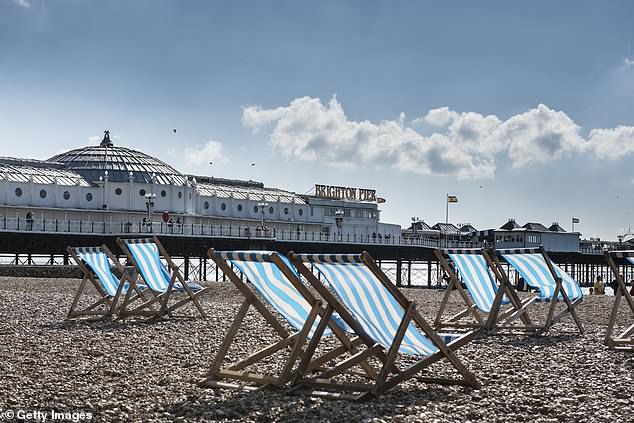 During their visit of Sussex next week, Harry and Meghan will travel along the coast to the vibrant seaside city of Brighton and Hove in East Sussex (file photo)

The couple will then travel along the coast to Bognor Regis where they will officially open the University of Chichester’s Engineering and Digital Technology Park.

The cutting edge Technology Park has been designed to offer practical experiences in partnership with local industry.

Harry and Meghan will then take their departure from West Sussex and travel along the coast to the vibrant seaside city of Brighton and Hove in East Sussex.

Their first stop in Brighton will be the iconic Royal Pavilion. Starting its life in the mid 1780s, the Royal Pavilion was built by George, Prince of Wales, who later became the Prince Regent.

The royals will tour several of the Pavilion’s rooms, learning more about the building’s history and the impact that it had on the social development of Brighton in the 18th century.

The couple will then walk to Survivors’ Network, a charity that supports survivors of sexual violence and abuse in Sussex. 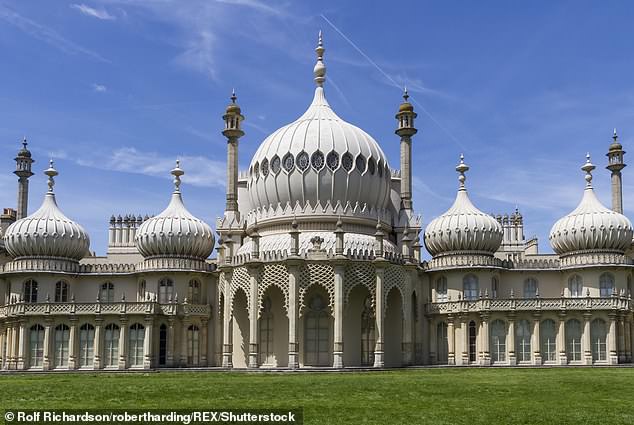 Harry and Meghan’s first stop in Brighton next Wednesday will be the iconic Royal Pavilion (pictured). Starting its life in the mid 1780s, the Royal Pavilion was built by the Prince of Wales 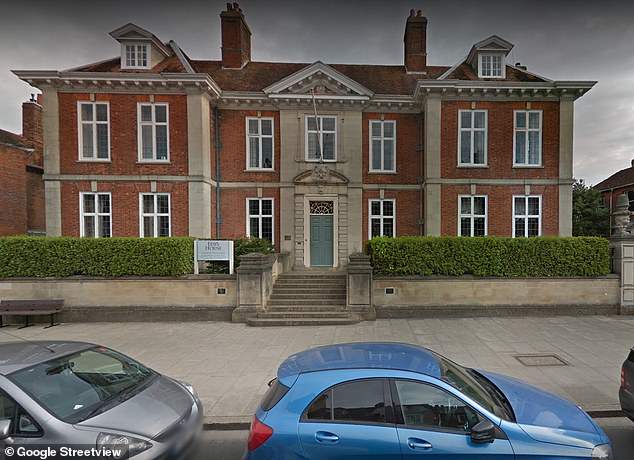 Harry and Meghan will kick off their first joint visit to the county of Sussex at Edes House (pictured), which is located at the heart of Chichester in West Sussex

They will have the opportunity to talk to service users, volunteers and staff. Travelling eastwards, their final engagement of the day will be a visit to JOFF Youth Centre in the coastal town of Peacehaven.

The centre is a community hub that offers a range of positive activities, a ‘chill out’ area and music practice room.

At the centre, the royals will meet young people from youth groups across East Sussex to hear their strategic plans and priorities around mental health and emotional wellbeing.

Their discussions are part of Takeover Challenge day, which is a national initiative that encourages organisations to put young people into real life decision-making positions.