Meghan Markle is seemingly taking to public service in her stride as she ‘shared breath’ in a traditional nose-rubbing greeting with a Maori woman.

The royal-to-be joined her fiancé Prince Harry at a dawn service to mark Anzac Day, her first official service of remembrance so far.

During the commemorations, Ms Markle was invited to take part in a ‘hongi’ greeting by a Moari woman who previously rubbed shoulders with Prince Harry in 2014.

She and Prince Harry were both greeted by Te Ataraiti Waretini with the soft pressing of noses and the sharing of each other’s breath.

The American passed a cultural milestone when she, and Harry, were welcomed by Te Ataraiti Waretini from Ngati Ranana with a traditional hongi 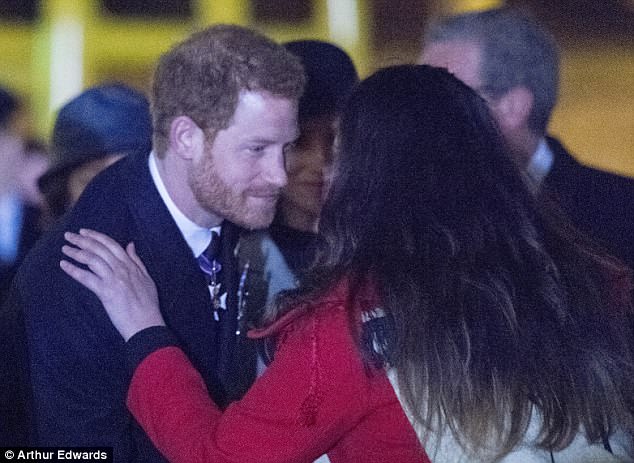 Prince Harry was also given a hongi to Te Ataraiti Waretini from Ngati Ranana, which involves the soft pressing of noses and the sharing of each other’s breath 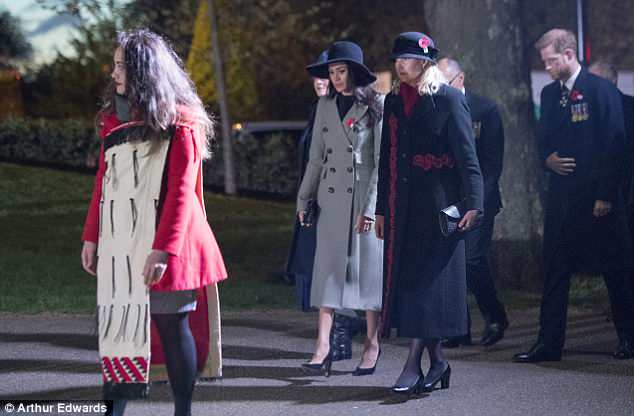 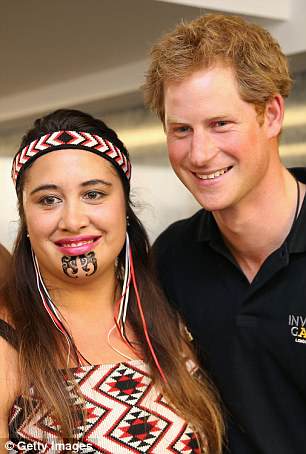 Prince Harry previously met Ms Waretini (pictured) through her association with the London Maori club, which was invited to New Zealand House to meet with the royal in 2014

‘I’m not sure if it’s her first time at a Maori ceremony but she did very, very well.

‘It was really lovely to meet her and share the breath of life and share our culture with her and Harry.’

There were other Maori elements during the dawn service including a haka performed at the end, a longer version of the one displayed by the famous New Zealand rugby team the All Blacks before matches.

The group was invited to New Zealand House to meet with the royal in 2014 as part of preparations for the Invictus Games. 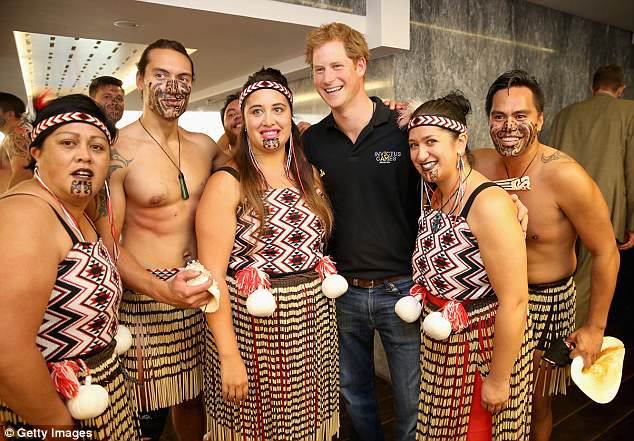 Ms Waretini (pictured middle) and Prince Harry picture together back in 2014, where she performed a Maori ceremony for the royal at New Zealand House ahead of the Invictus Games

Today, Ms Markle and Prince Harry were commemorating Anzac Day, which is the anniversary of the start of the First World War Gallipoli landings.

Waves of Allied forces launched an amphibious attack on the strategically important Turkish peninsula, which was key to controlling the Dardanelles straits, the crucial route to the Black Sea and Russia.

But the plan backed by Winston Churchill, then first lord of the admiralty, was flawed and the campaign, which faced a heroic defence by the Turks, led to stalemate and withdrawal eight months later.

Today, Anzac Day is treated in Australia and New Zealand with the same reverence as Remembrance Day in the UK, with the annual event now used to honour all of the two nation’s war veterans. 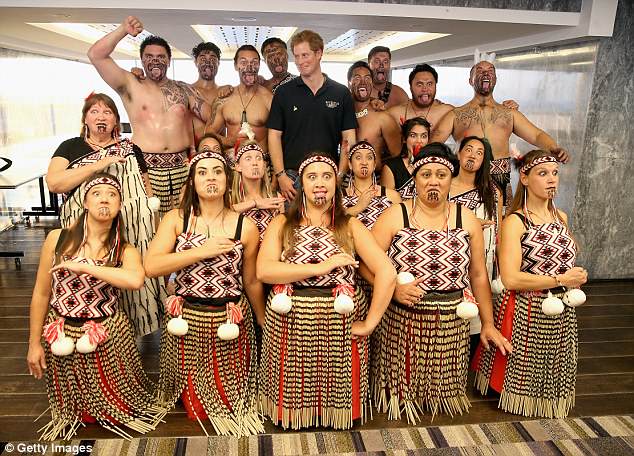