The Duke and Duchess of Sussex have met with young mental health advocates working to make a difference in New Zealand.

Harry and Meghan arrived at a cafe in Wellington, the country’s capital, for the meeting on Monday morning.

Meghan stepped-out for the engagement wearing a coat and turtle neck, with the Maranui Cafe putting on a pregnancy-friendly menu for the mother-to-be.

Scroll down the video 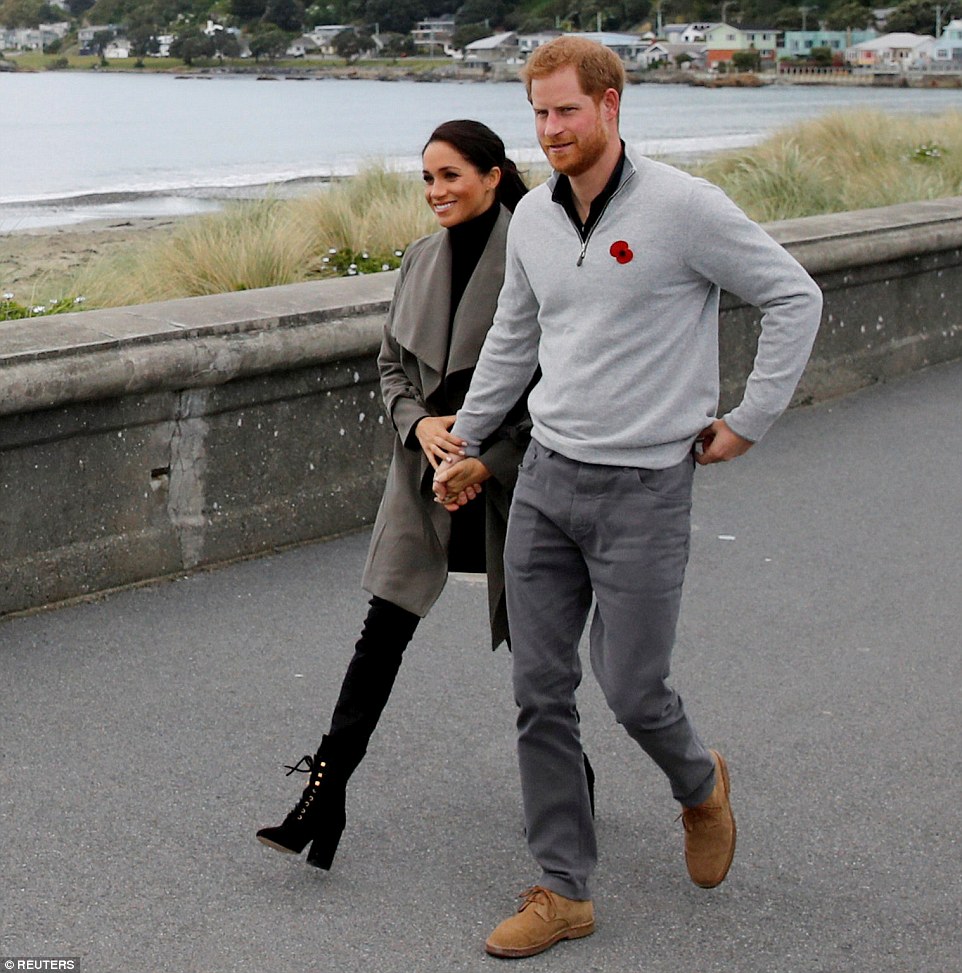 Meghan arrived at the Maranui Cafe wearing a grey coat, black turtle neck and black pants, while husband Harry was also in grey 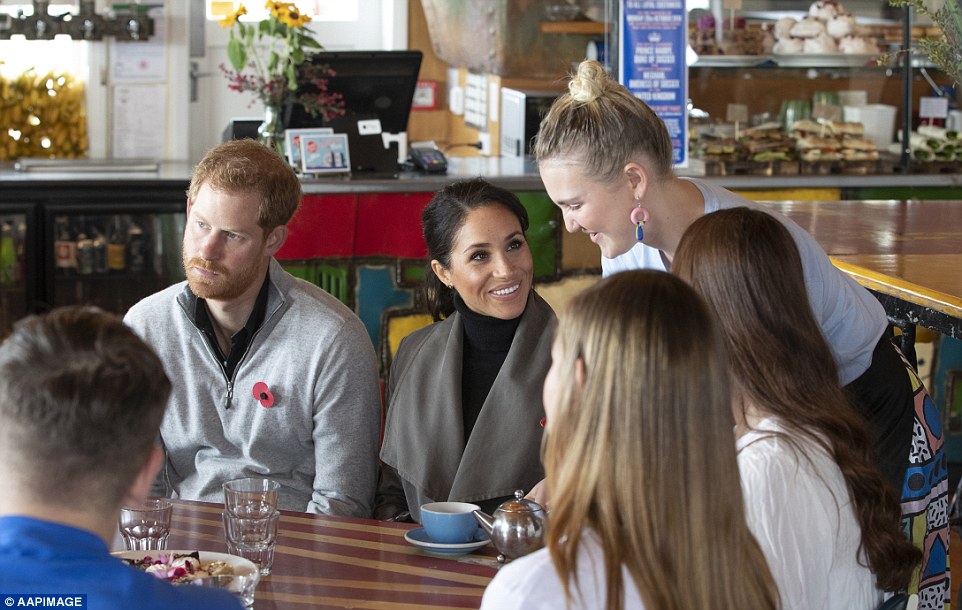 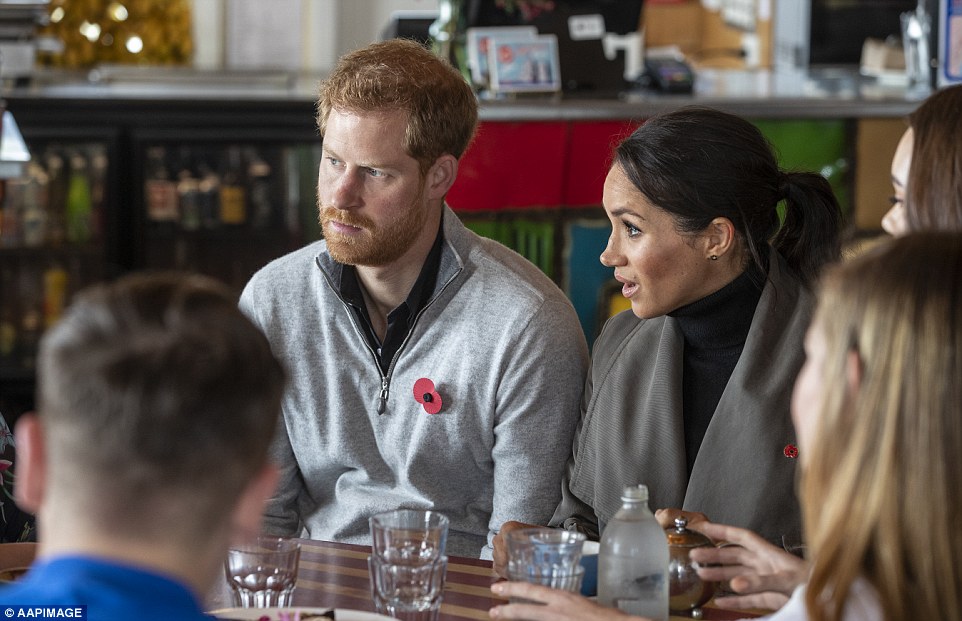 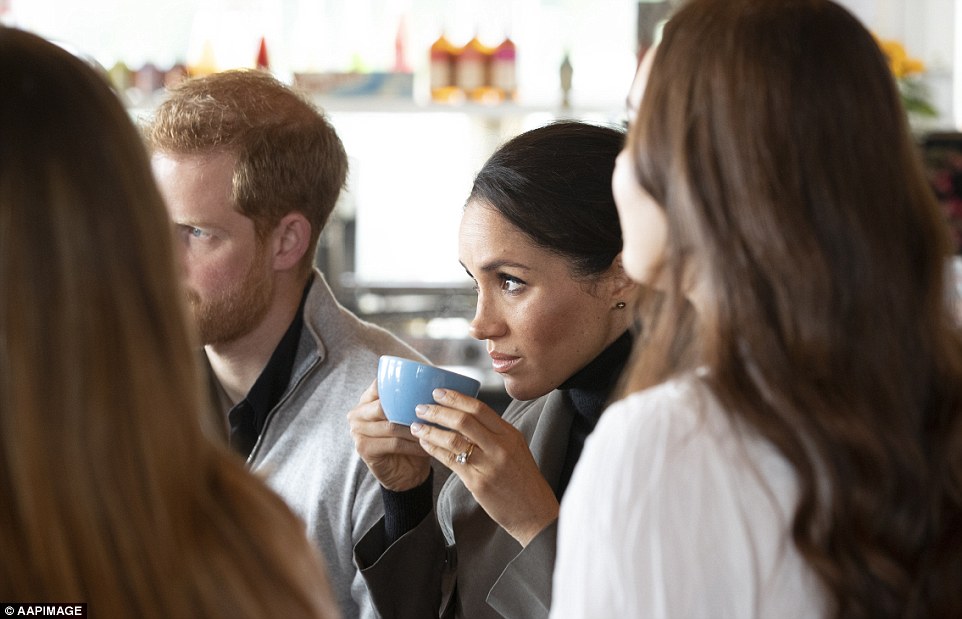 Hundreds of adoring fans holding signs and flags lined the streets surrounding the cafe to catch a glimpse of the Duke and Duchess.

The crowd cheered as the royals stepped out from their vehicle holding hands and headed inside the cafe at the Maranui Surf Life Saving Club.

Harry – who is the Commonwealth youth ambassador – and Meghan spent about 30 minutes hearing about mental health projects operating in the country and the positive contribution they are having on young people in New Zealand.

School students later took to the streets to sing a Maori song as they waited for the royal motorcade to leave the cafe.

From the cafe, the couple will travel to Abel Tasman National Park on New Zealand’s South Island, where they are expected to take part in an hour long hike and talk to conservation staff.

Following the visit to the wilderness reserve, they will attend a beach barbecue and tree planting with local students.

It is the only time the couple will visit the South Island while in New Zealand. 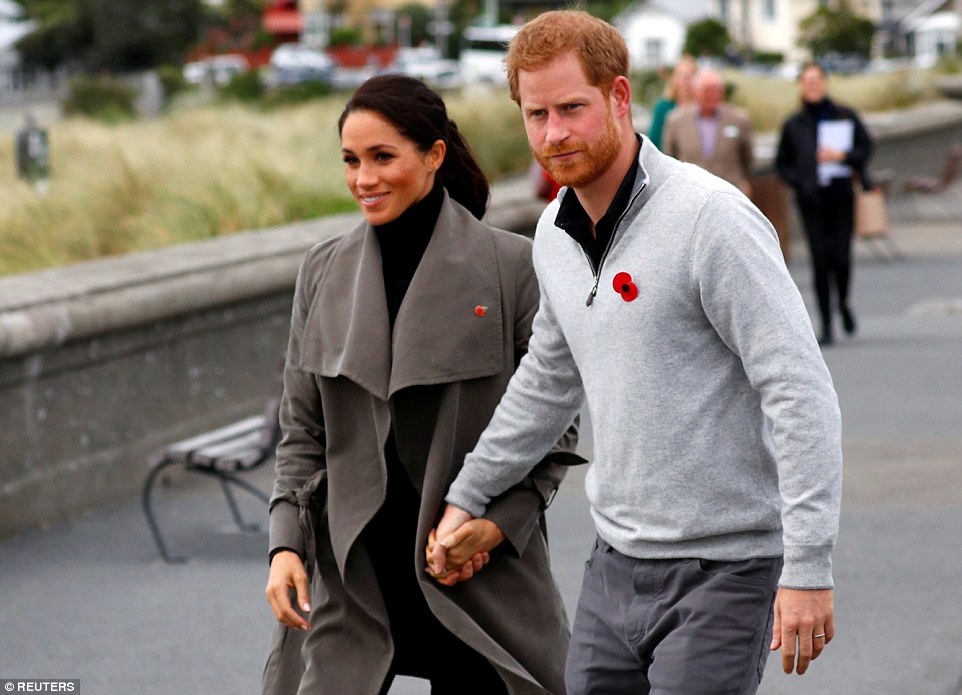 Following their visit to the cafe, the royal couple will travel to Abel Tasman National Park, where they are expected to take part in an hour-long hike 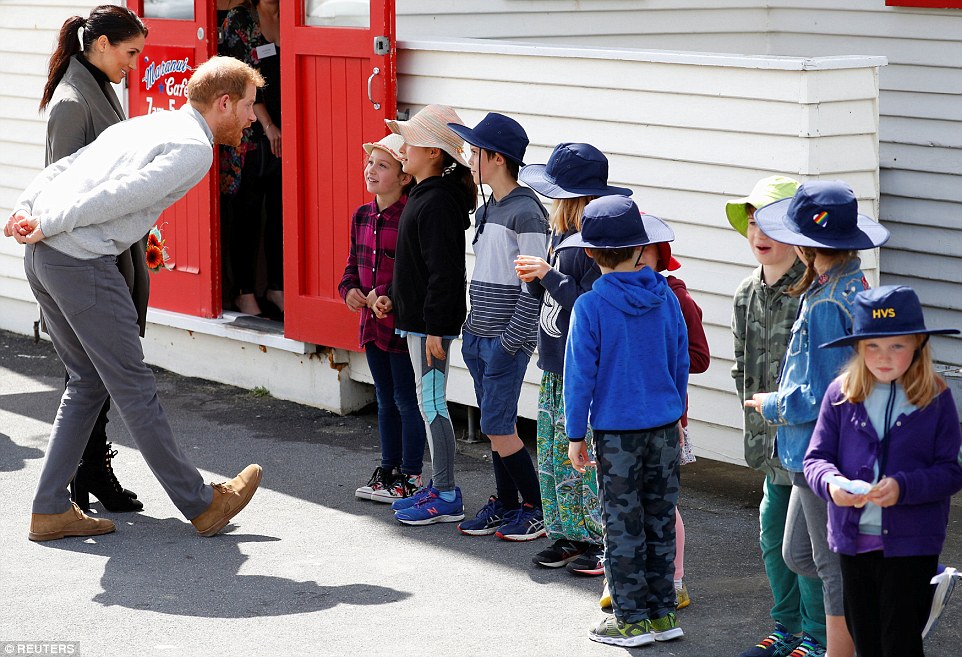 The couple arrived in New Zealand on Sunday – the latest country on their whirlwind 16-day tour royal tour.

On Tuesday, Their Royal Highnesses will travel to Auckland, where they will firstly visit the North Shore to dedicate a 20 hectare area of native bush to The Queen’s Commonwealth Canopy.

They will then join the Prime Minister Jacinda Ardern to visit Pillars, a charity operating across New Zealand.

Later that afternoon, The Duke and Duchess will have the opportunity to meet the people of Auckland on the Viaduct Harbour, before attending a reception hosted by the Prime Minister at the Auckland War Memorial Museum.

The final day of their Royal Highnesses’ tour will take place in Rotorua. 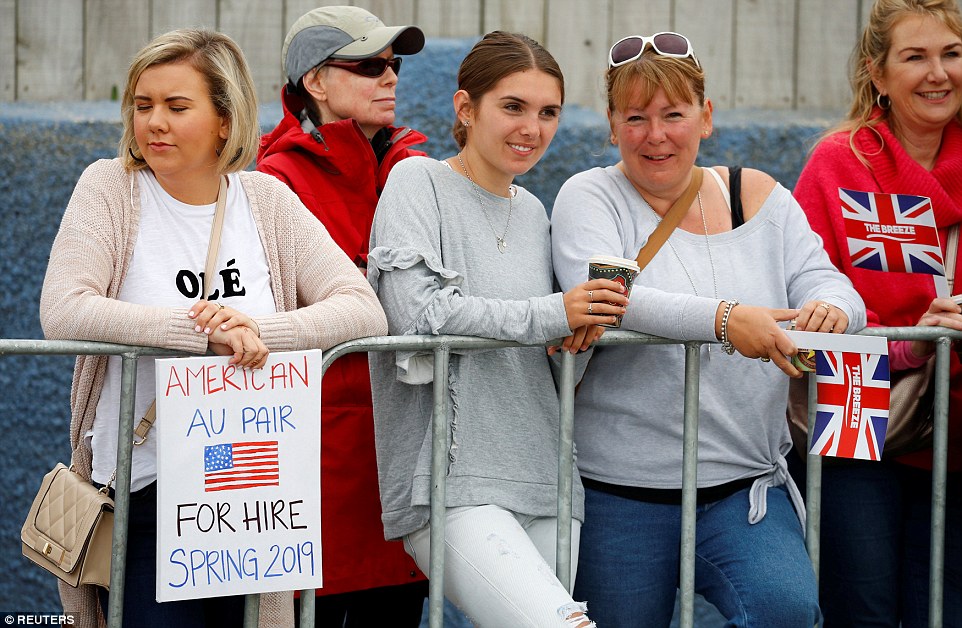 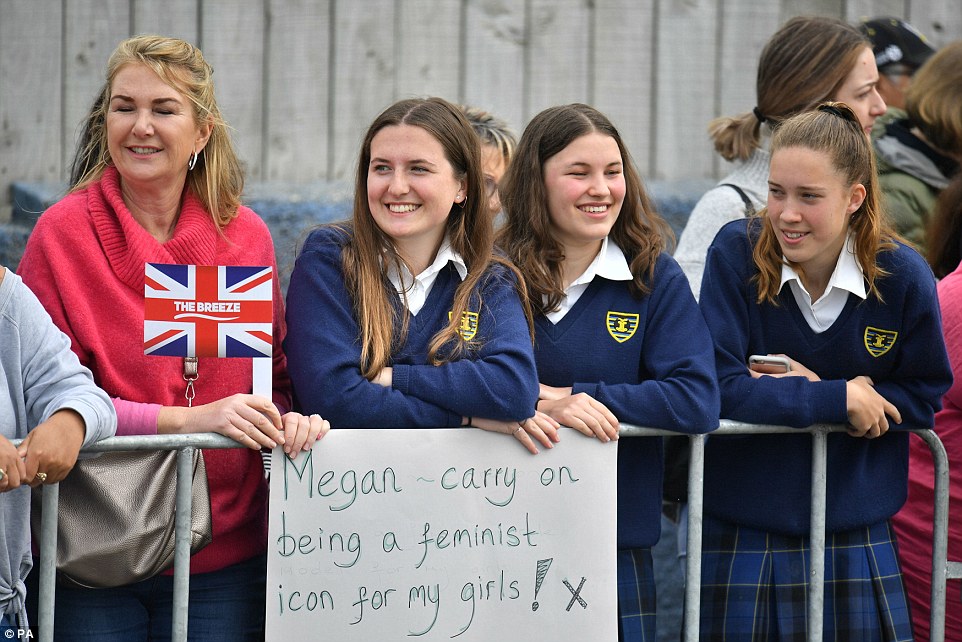 The Duke and Duchess will head to Rainbow Springs to learn more about the centre’s kiwi breeding programme.

Later that afternoon, Meghan and Harry will head into the city for the chance to meet members of the public gathered there.

The royal couple then heads back to London.