As May 19 draws nearer, it’s one of the biggest questions of every fashion lover’s lips – who will Meghan Markle wear as she walks down the aisle to marry Prince Harry?

While many had been speculating that the 36-year-old would wear a dress design by Australian-born, British-based duo Ralph and Russo, the designers she chose for her Hollywood inspired engagement shoot with Prince Harry back in December 2017, other names like Erdem and Alexander McQueen have also been thrown into the ring in recent weeks.

But now one of Meghan’s best friends, US-based womenswear designer Misha Nonoo may well have dropped the biggest hint of all about who – and what – Megan has chosen to wear on her special day.

Coincidence: Meghan Markle’s designer friend Misha Nonoo, who is reportedly responsible for introducing her to Prince Harry, has just released a range of bridal inspired jumpsuits 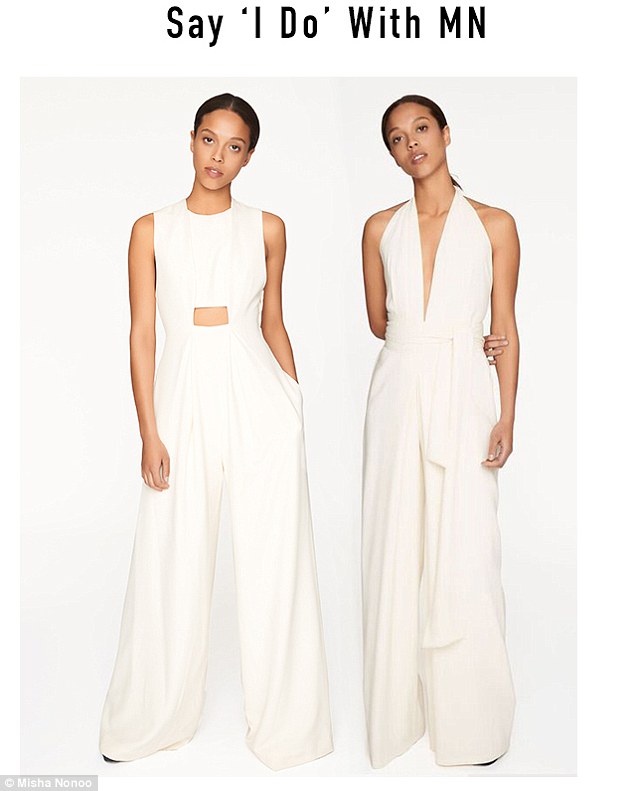 I do: The New York-based Brit may well have been hinting that Megan will wear a jumpsuit at her upcoming wedding, after releasing her own line of bridal jumpsuits 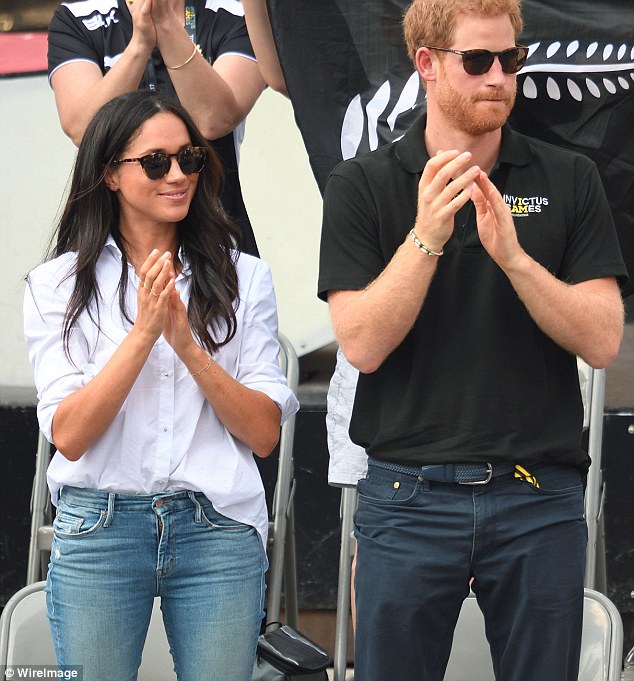 Fan: Nonoo is also responsible for the popular white Husband shirt Meghan wore when she made her first public appearance with Harry at the Invictus Games in Toronto in September

The fashion designer who is one of Meghan’s closest female friends and is reportedly responsible for introducing the California native to Prince Harry nearly two years ago, has just released a selection of bridal jumpsuits, urging brides-to-be to say ‘I do’ in one of her alternative designs.

‘Walk down the aisle with an unforgettable timeless MN piece. Modern silhouettes inspired by classic styles,’ she wrote on a press release to accompany the launch.

‘The Magdelena and Chiara jumpsuits will have you saying “I do” in style,’ she added.

A former finalist for the 2013 CFDA/Vogue Fashion Fund, Nonoo was also named one of Forbes’ 30 under 30 in 2015, so has the fashion credentials needed to undertake a task as mammoth as designing a bridal gown for a royal wedding.

The designer who was born in Bahrain but raised in Britain is also responsible for the popular white Husband shirt Meghan wore when she made her first public appearance with Harry at the Invictus Games in Toronto.

The two women met after being seated next to one another during a lunch in Miami, and became firm, fast friends forming a strong bond.

In the summer of 2016, Markle and Nonoo took a three-week holiday in Europe, encompassing London, Madrid, Mallorca and Formentera — along with Soho House group of private members’ clubs, Markus Anderson. 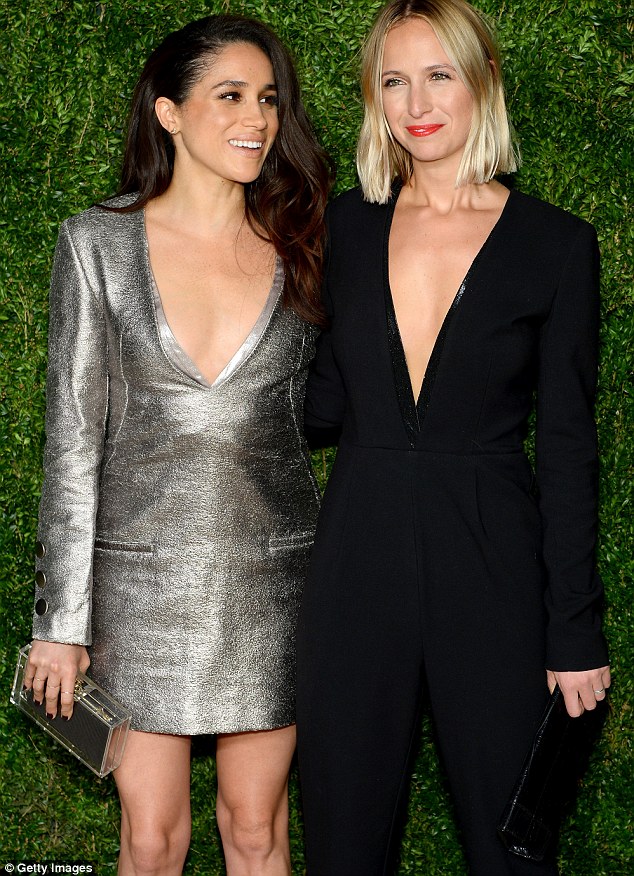 Close: A former finalist for the 2013 CFDA/Vogue Fashion Fund, Nonoo has referred to Markle as ‘the coolest girl I know’ and has also dubbed the pair ‘sisters’ 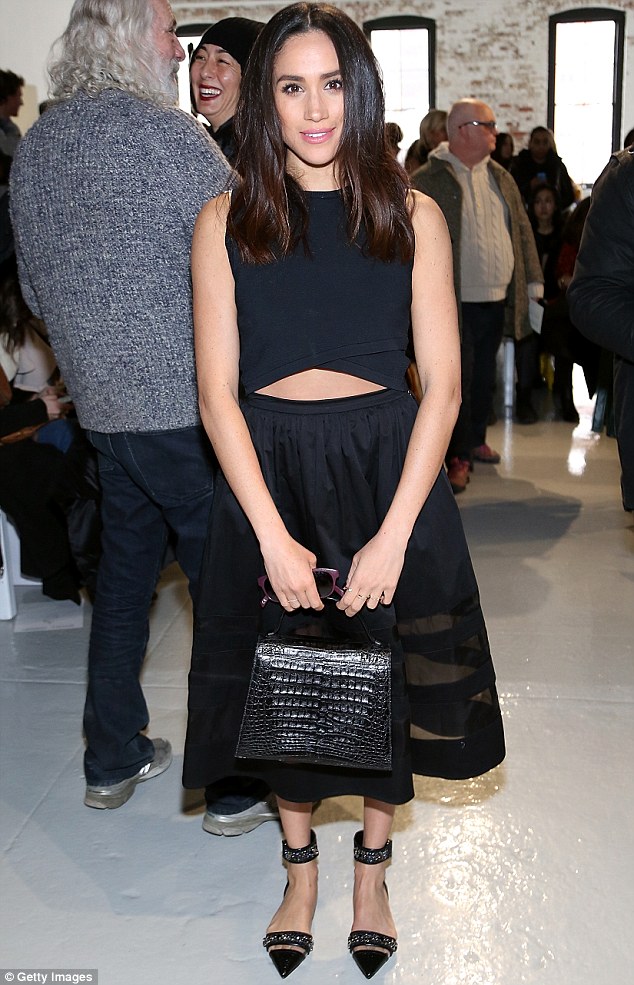 Lending her support: Meghan has been a longtime supporter of her friend’s label, pictured at Nonoo’s Fall 2015 show during New York Fashion Week 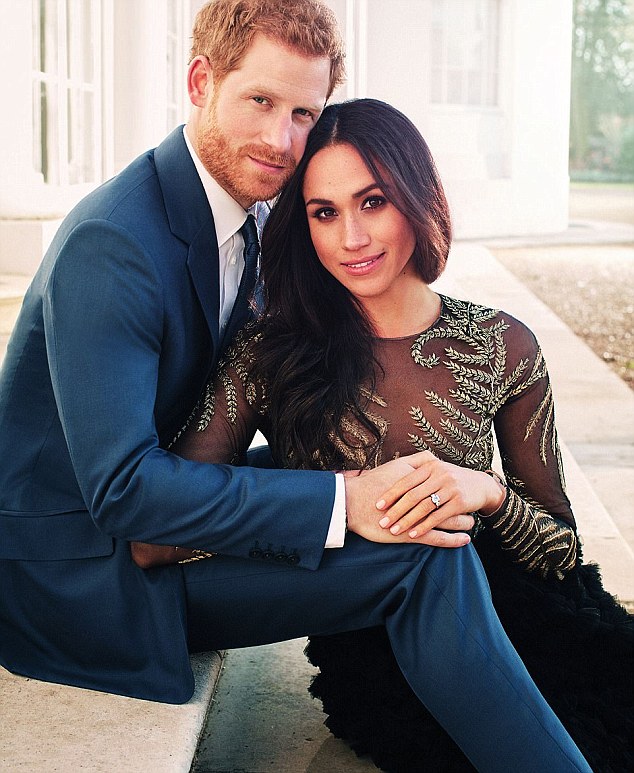 Speculation: Many have speculating that Meghan will wear British-based design duo Ralph and Russo, the designers she chose for her engagement shoot in December 2017 (pictured)

And Misha hasn’t been shy about expressing her affection for her friend, dubbing her ‘the coolest girl in the world’ with ‘the most remarkable and generous spirit’.

Similarly when Misha posted a picture of the pair giggling over drinks in Madrid last summer, she captioned it: ‘When only children find sisters.’

And the connection to the royal family doesn’t stop there – her ex-husband Alexander Gilkes attended Eton with Princes William and Harry, his younger brother Charlie previously dated Pippa Middleton, and he briefly employed Princess Eugenie at his New York art auction house Paddle 8.

Married in 2012, Nonoo and Gilkes parted ways in 2016 after four years of marriage but remain friends.

However, designer Roland Mouret, also a friend of Markle’s, has sparked speculation that he may be designing Markle’s dress after he made comments to the New York Post in February.

‘Meghan knows really well what she likes and the main thing with Meghan is to listen to her and work in collaboration with her,’ he told the publication.

Adding more fuel to the fire, he coyly added: ‘I’ve already said too much.’