Meghan Markle’s estranged father is waiting for news of his sixth grandchild alone at home in Mexico.

Thomas Markle Sr, 74, has been frozen out by his youngest daughter since last May when he missed the royal wedding amid a paparazzi photo scandal.

He has repeatedly spoken of how he misses Meghan, 37, and is desperate to see her again but has admitted he is unlikely to ever meet his royal grandchild.

And while ex-wife Doria Ragland, 62, is in Windsor for the impending birth, Markle Sr has spent time largely by himself, briefly appearing in central Rosarito for a fast food run.

The retired lighting director made the short trip to pick up some fried chicken from a local chain called Pollo Azil – which features a crown logo and the tagline: ‘el rey del pollo [the king of chicken]’.

Thomas Markle Sr was spotted grabbing his usual takeout in his small town of Rosarito, Mexico, before heading back to his quiet cottage 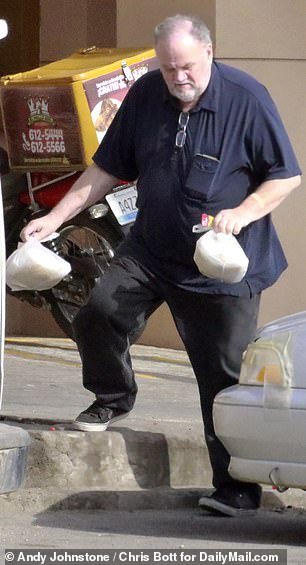 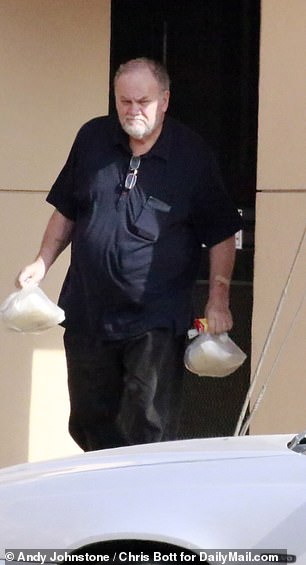 Half a chicken accompanied by a side and a serving of tortilla chips and salsa costs just 87 pesos (approximately $4.60) while a whole bird costs 150 pesos (less than $8).

The grandfather-to-be emerged clutching a large bag of food before heading back to his quiet clifftop cottage.

An onlooker said he barely spoke during the visit and didn’t mention either his youngest daughter or the impending birth.

‘He didn’t look too well,’ the source said. ‘He walked in very slowly and stood there quietly while he waited for his food.’

Markle Sr. has been frozen out since missing Meghan and Harry’s wedding last year and has tried to resume his quiet retirement in Mexico – while making the occasional intervention in the media.

Although cut out of Meghan’s life, Markle Sr does have five other grandchildren – two of whom he has never met.

Eldest daughter Samantha is mother to Ashleigh, 33, and Chris, 31, who both live in Virginia and have built successful careers as a lawyer and a pilot respectively.

They were raised by their father Earl Hale and are not in contact with most of the Markle clan, including their grandfather.

Samantha’s youngest daughter Noel, 21, is currently studying sociology in Albuquerque, New Mexico, and is estranged from her mother, although close to her grandmother Roslyn, 72. 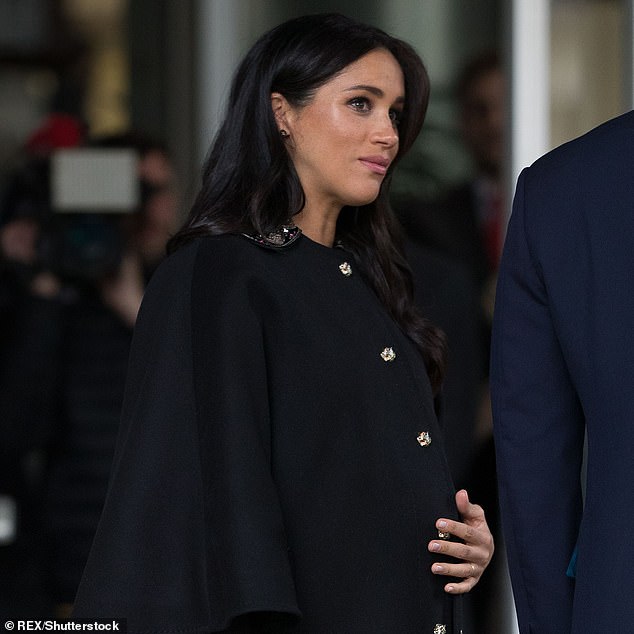 No plans have been made for the retired lighting director to welcome Meghan’s first child and his sixth grandchild, who is expected any day now 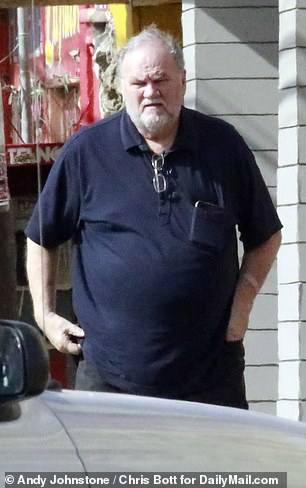 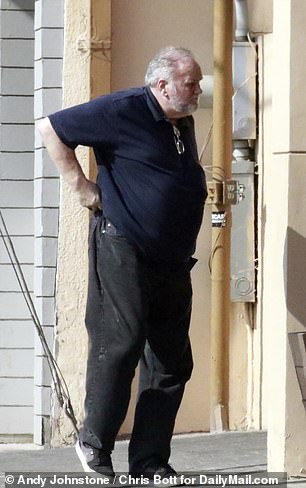 ‘He didn’t look too well,’ an onlooker told DailyMailTV. ‘He walked in very slowly and stood there quietly while he waited for his food’ 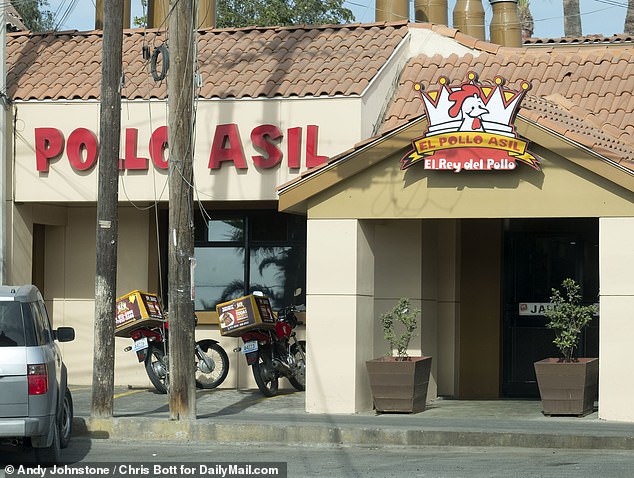 Markle Sr is often spotted picking up food from local restaurants. This time he stopped by El Pollo Asil, which touts itself as El Rey del Pollo or The King of Chicken 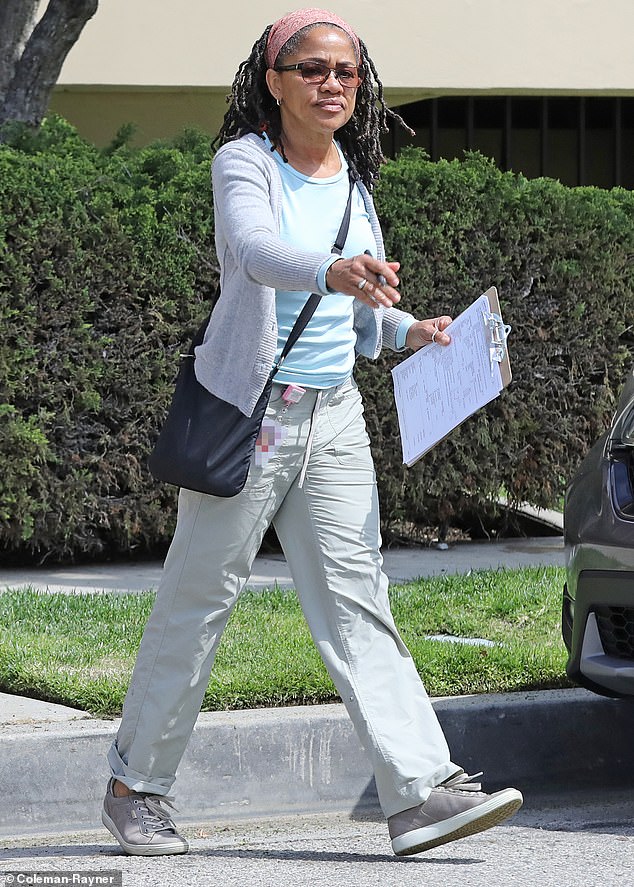 While ex-wife Doria Ragland, 62, is believed to be in Windsor for the impending birth, Markle Sr has spent most of the time by himself

Thomas Markle Jr, 52, is a dad-of-two but has fallen out with youngest child Tyler, 26, as well as his own father.

Tyler, who recently appeared on MTV reality show The Royal World, makes his living as a marijuana farmer in Oregon, while older brother Thomas III, 27, lives in Mammoth Lakes, California, with his husband and runs a branch of Domino’s Pizza.

The branch of Walmart at the Pabellon Rosarito mall is selling the British-themed booze for 397 pesos a bottle ($21.09) and it appears to be a hit – when DailyMailTV visited, only two bottles were left on the shelf.

MOM describes the ‘royal’ version of its gin as being ‘made with exotic botanicals and berries’ and claims the posh liquor is distilled four times ‘to achieve an amazing purity and class’.

With Markle Sr’s children and grandchildren living far away, his main source of companionship comes from the woman he appears to regard as a ‘substitute daughter’, California mom-of-one Lori Davis, 39.

Markle Sr’s quiet life is in stark contrast to that of his daughter Meghan who enjoyed a lavish baby shower in New York in February revealed by DailyMail.com to have cost around $500,000.

She and husband Prince Harry, 34, recently moved into Frogmore Cottage in Windsor which has been refurbished at an estimated cost of $4million – and now includes a dedicated yoga room.

By contrast, Markle Sr’s tiny two-bedroom home is rented for approximately $500-per-month and overlooks a sandy Pacific beach marred by effluent from a nearby sewage pipe.

Although residents in his gated community do have a small supermarket on site and 24-hour security, the residence is less than 15 miles from gang-plagued Tijuana – recently named the world’s most dangerous city due to its warring cartels and a recent influx of desperate migrants.

Rosarito itself is also known for crime, although gang activities rarely affect the approximately 30,000 US expats who live in and around the town.

Most say they moved south for the sunny weather and the low cost lifestyle – local bars charge around $1.50 for a beer and $3 for a margarita, while a meal for two at popular Argentinean restaurant El Gaucho Argentino comes in at 700 pesos ($37).

Meghan, who is thought to be planning a home birth, has not been seen in public for more than a month and is due to welcome her first child at any moment.

Husband Prince Harry has made a handful of solo appearances, including attending an Easter service at Windsor with the rest of the royals and a trip to the London Marathon on Sunday. 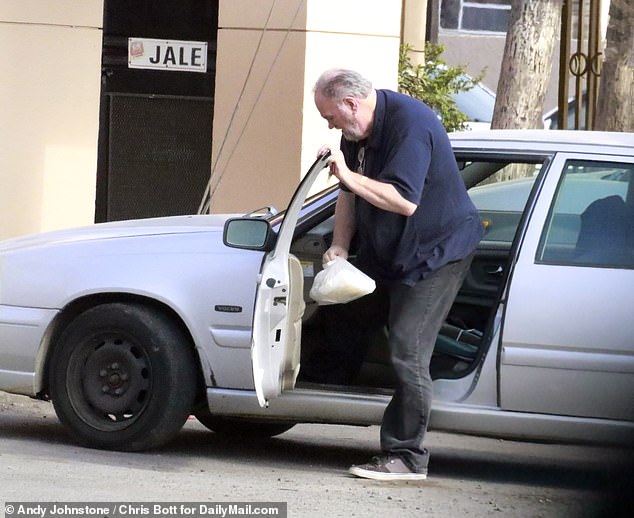 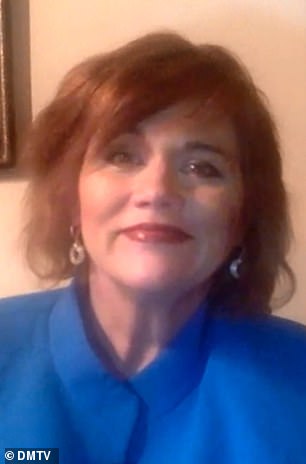 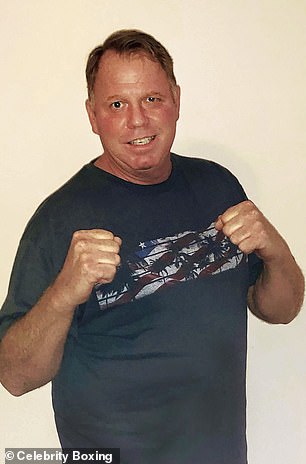 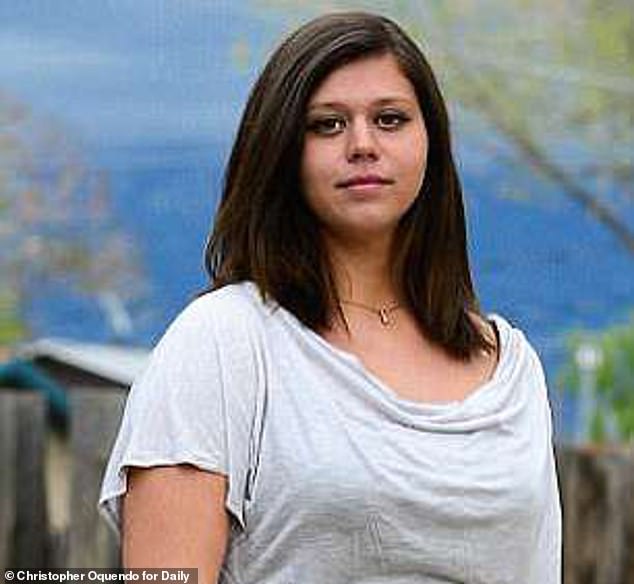 Samantha’s daughter Noelle, 21, is one of Thomas Markle Sr’s five grandchildren. Samantha has two other children Ashleigh, 33, and Chris, 31, who both live in Virginia

The 37-year-old Duchess of Sussex is understood to be planning a three-month maternity leave and will miss President Trump’s state visit to Britain in June.

Meghan and Harry do have plans to travel to Africa in the fall on an official tour and are thought to be exploring the idea of taking ‘Baby Sussex’ with them.

They are also reportedly considering a four to six month stint based in the continent – most likely in the South African city of Cape Town, although Kenyan capital Nairobi is also a possibility.

Although Meghan’s mother Doria is expected to be a regular visitor to her first grandchild, Markle Sr is unlikely to ever meet the royal baby, despite repeated pleas from Meghan’s older half-sister Samantha, 54.

The new baby will be seventh in line to the throne, behind his father and his cousins Prince George, Princess Charlotte and Prince Louis, as well as Prince Charles and Prince William.

His or her arrival means Prince Andrew, Duke of York, will be pushed even further down the royal pecking order into eighth place.