The first boy kissed by Meghan Markle grew up to be a famous rapper who stars on TV with James Corden, MailOnline can reveal.

In a little-known interview with chat show host Larry King the former Suits star told how she had smooched with her first crush Joshua Silverstein when she was a starry-eyed teenager.

‘Joshua Silverstein. I was 13, it was a summer camp and I kissed him!’ Meghan recalled.

She claimed that she had ‘no idea’ what happened to her first kiss in the interview recorded in 2013, years before she met Prince Harry.

But MailOnline can reveal that Silverstein is a big star in the US, an actor and comedian who is one of the world’s most talented beatboxers.

Meghan Markle, who will marry Prince Harry on May 19, told chat show host Larry King that her first kiss was with a boy called Joshua Silverstein when she was 13 years old at a summer camp 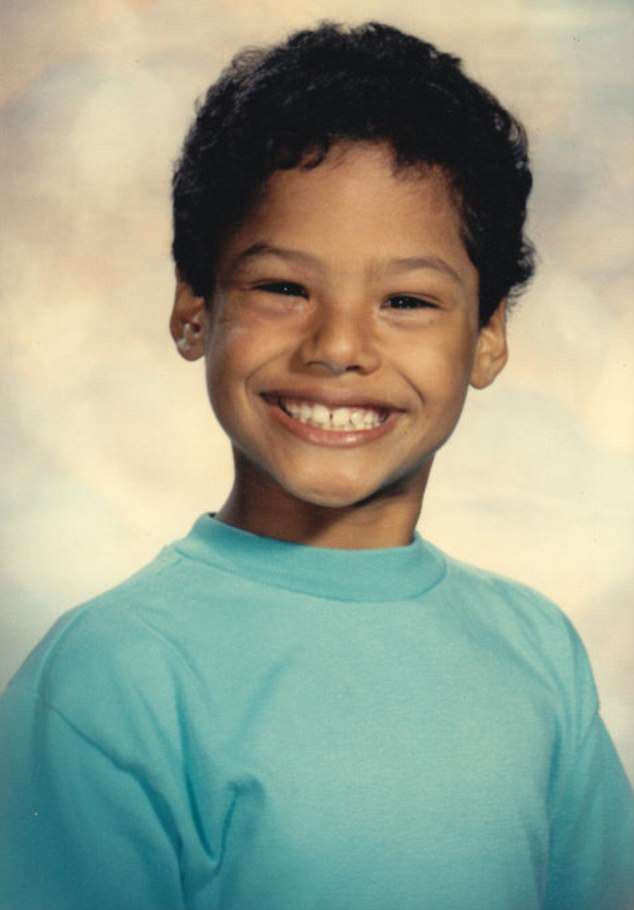 Joshua Silverstein (pictured as a boy) has grown up to be a star in the US as he is an actor, comedian and rapper who appears on The Late, Late Show with his close friend James Corden 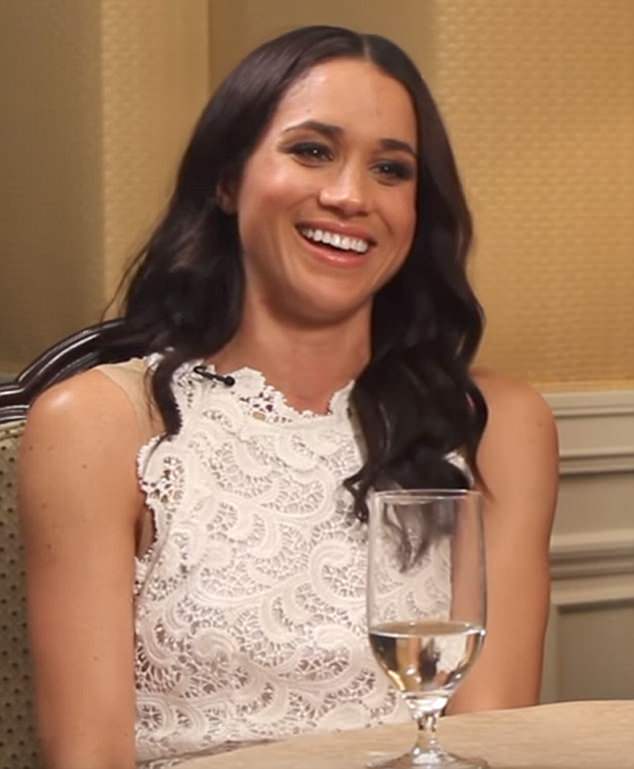 Recalling her first smooch, Megan said: ‘Joshua Silverstein. I was 13, it was a summer camp and I kissed him!’ The future princess said she had ‘no idea’ what happened to her summer fling 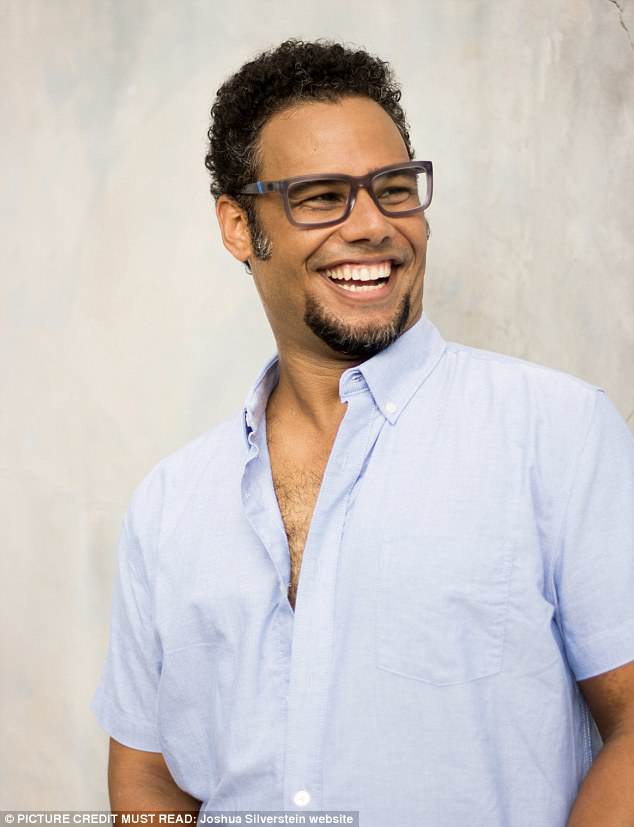 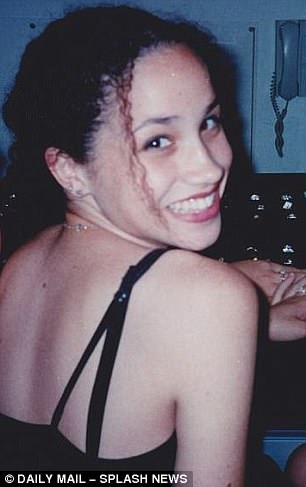 Speaking exclusively to MailOnline, Josh, now 36, said: ‘We were together every day, we spoke on the phone a lot, we held hands and shared kisses’

Now a married father-of-two, he was tracked down to the home in Los Angeles that he shares with his photographer wife Cynthia Guillen and their children aged five and ten.

Speaking exclusively to MailOnline, Josh, now 36, reveals: ‘We were together every day, we spoke on the phone a lot, we held hands and shared kisses.

‘I obviously don’t remember ‘the kiss’- but I do know that I was the first guy she kissed.

‘She was a nice, kind, sweet girl.

‘Her and I in some ways just felt a sense of attraction to each other, I’d had girlfriends prior to this, so I knew what I was doing – I proposed to my girlfriend in kindergarten!’

He recalled how he and the teenage Meghan both attended their local Agape Spiritual Church who organised a theatre summer camp in 1993, where their innocent relationship began.

Following a week of rehearsals the young lovebirds starred in a big performance called ‘Agape 38 Flavours’, where Meghan stole the show, according to Josh. 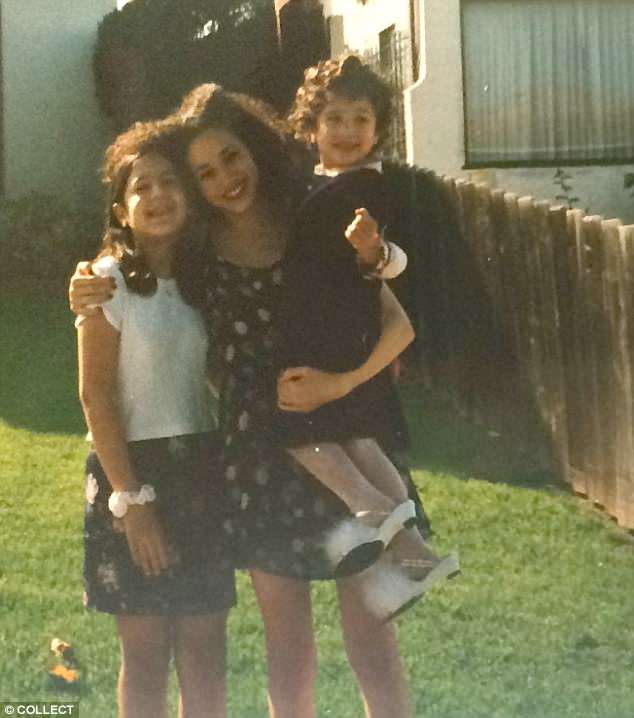 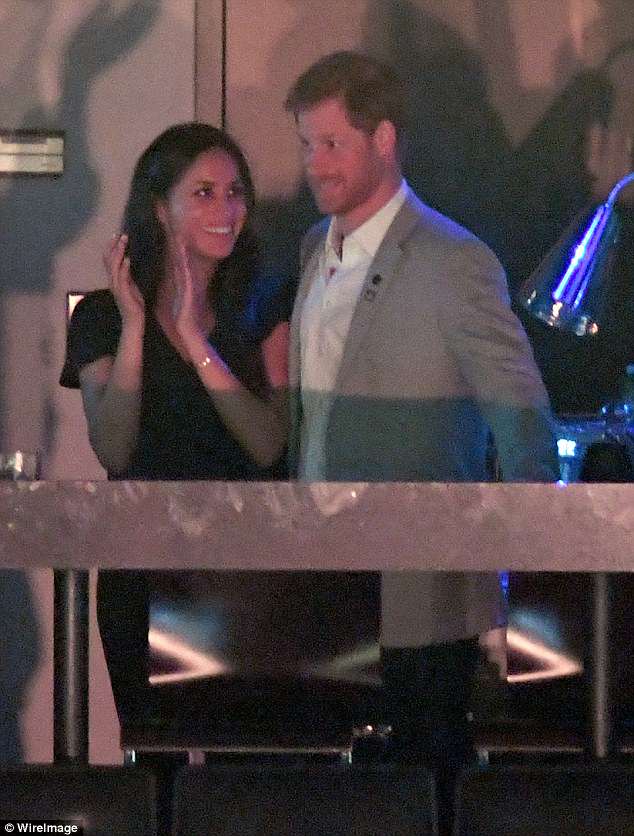 Ex-Suits actress Meghan will marry Prince Harry (pictured together at the Invictus Games) at Windsor Castle on May 19. Her former crush Josh said he was ‘excited’ when they began dating 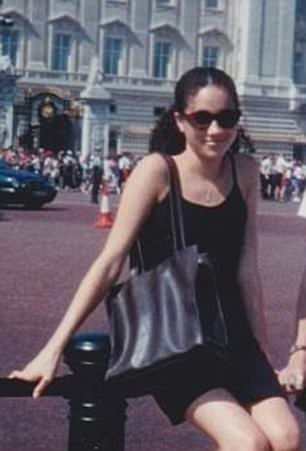 Josh told MailOnline: ‘To be a person to grow up in LA, no ties with the royal family, or anything across the pond, to marry into it, that’s exciting. I’m happy for her.’ Meghan outside Buckingham Palace as a teenager

‘I remember her character was very awkward, a dorky character, her hair was up, people thought we were funny and talented. We all got up and did a solo, then had one big dance number.’

At the time Meghan was a pupil at Immaculate Heart Girls’ School in Los Feliz.

Five miles down the road, her young love interest lived in the neighbourhood of Jefferson Park, where he still lives today.

But they always met up at the spiritual church, then based in Santa Monica, with Josh being especially close to Meghan’s mother Doria, whom he’s known for over twenty years.

The actor says he was ‘excited’ when he found out she was dating Harry, whom she will marry at Windsor Castle on May 19, adding: ‘To be a person to grow up in LA, no ties with the royal family, or anything across the pond, to marry into it, that’s exciting. I’m happy for her.

‘She’s very smart, got a good head on her shoulders, can handle herself, so she’s going to have a fun ride. I’m very happy to hear that it seems like all her dreams are coming true. It’s nice to know that someone from my past is doing so well.’

After their summer fling, the relationship slowly fizzled out, but they kept seeing each other at Sunday services. 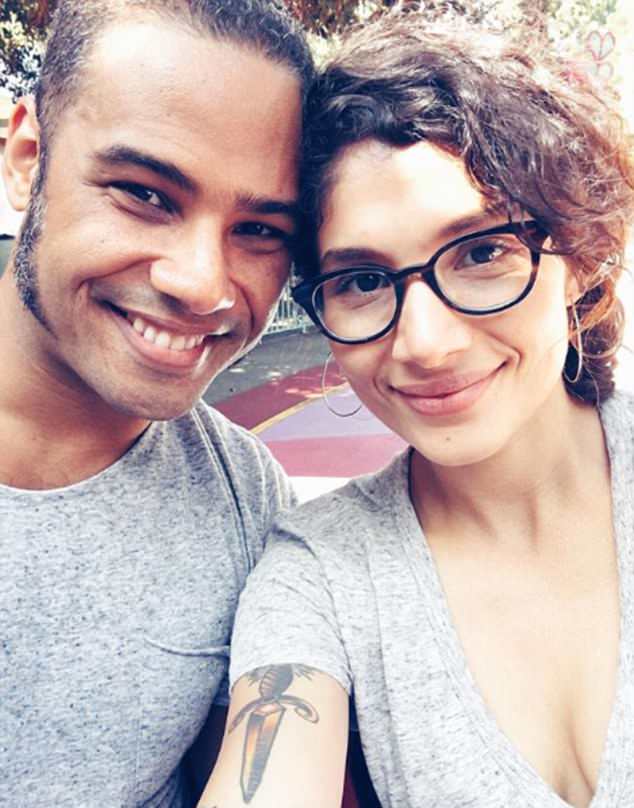 After their summer fling fizzled out, Josh saw Meghan at their local church and he remained in touch with her mother, Doria. Now Josh is happily married to Cynthia Guillen (pictured) 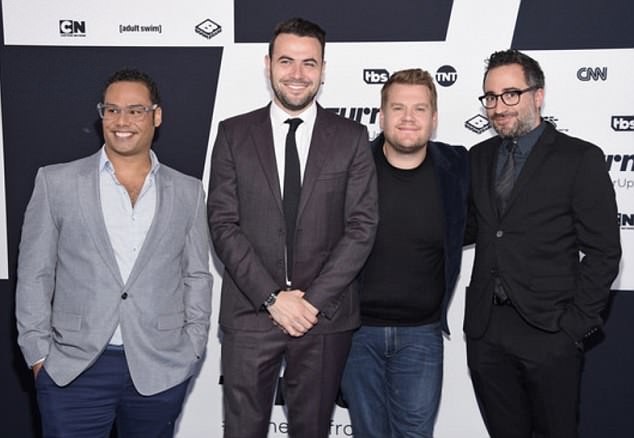 Josh appears on The Late, Late Show with James Corden. Of his close friend, the rapper and actor says: ‘James is amazing, smart, funny and a fantastic rapper. He’s super talented’ 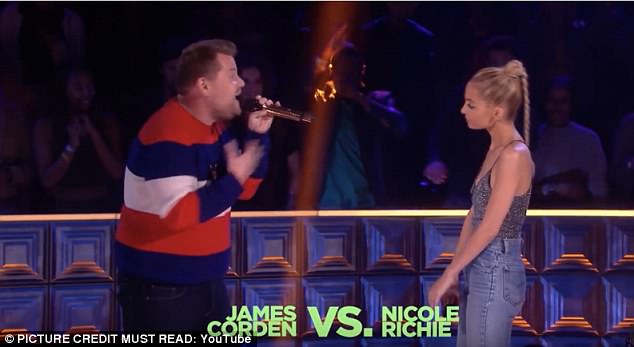 James Coden raps with a guest on his hit US TV show where his friend Josh Silverstein, who was Meghan Markle’s first crush, beatboxes a type of rapping on a section called ‘Drop the Mic’

‘Agape Spiritual Church is without religion, it’s just about loving each other, respect and being nice, it connects to all religions, but it’s just spiritual. Our parents went to the Church.

‘I saw her mum throughout High School, college and adult years until I stopped going four years ago. I always felt comfortable with her mum, we’d always stop and chat. I saw Meghan in the TV show and thought good for her. I’d always ask her to send my love.

‘Meghan would come to church every now and then, but she didn’t have a big celeb profile, wear sunglasses or anything like that – they’re used to celebrities at Agape – Oprah Winfrey goes there,’ says Josh.

Meghan was married to film producer Trevor Englelson for two years and dated Cory Vitiello, a Canadian celebrity chef, before she met Harry.

Josh added: ‘Meghan can deal with anything. We come from similar backgrounds and we’ve had to fight to get on in the industry.

‘We talked about this when we were younger. We are both multi-ethnic people of colour – with white fathers and black mothers and we’ve related on that. Race is important to both of us and she wanted to help change that in the future.’

Josh has appeared on the The Late, Late Show with his close friend Corden where he beatboxes on a segment called ‘Drop The Mic’.