Meghan Markle’s half-sister says she wants to congratulate the newlyweds on their big day, but revealed she can’t because she doesn’t have the royal bride’s phone number.

Samantha Grant spoke to Australian radio station 2DayFM about the ‘heart-melting’ ceremony, her invitation snub and plans to reunite with her estranged sister.

‘I’m hoping that after they’ve had their honeymoon and settled in, we’ll have time to communicate by phone,’ the 53-year-old said.

Asked if she had Meghan’s phone number, she responded: ‘I will probably arrange that through my father.’

Meghan Markle’s half-sister Samantha Grant (pictured)  says she wants to congratulate the newlyweds on their big day, doesn’t have the royal bride’s phone number to get in touch 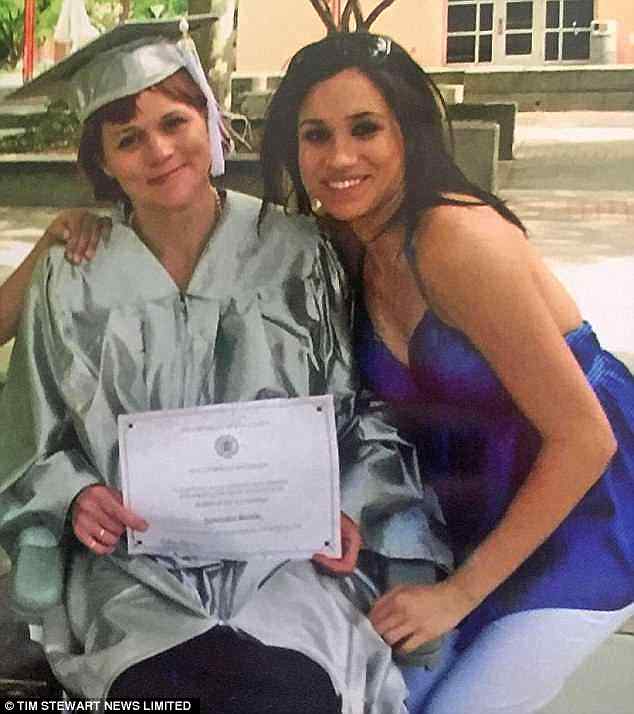 She added: ‘When things settle down I will hopefully be able to share with her my wishes… I think everything will come full circle.

‘She’s my baby sister and I love her and I was so proud to watch her having that happy moment, it was so beautiful and real.

‘Any disagreements that you’ve had just melt away when you’re overwhelmed with that level of happiness.’

Samantha revealed she didn’t feel snubbed by her half-sister after missing out on an invitation. 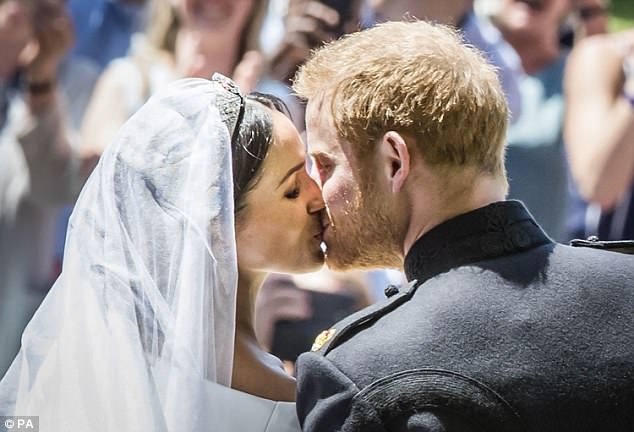 Meghan Markle and Prince Harry kiss on the steps of St George’s Chapel at Windsor Castle following their wedding. Samantha described the ceremony as ‘heartwarming’ 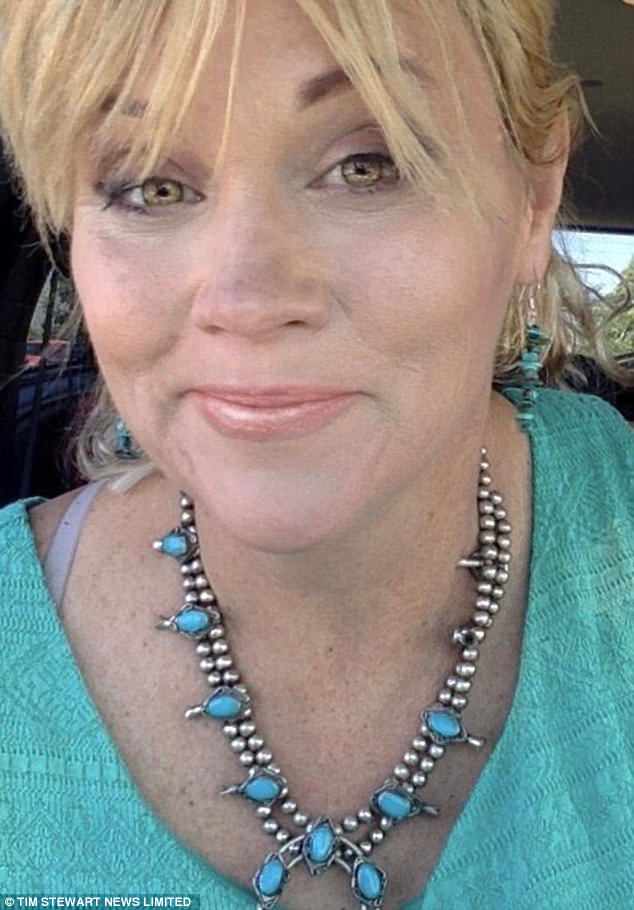 Asked if she had Meghan’s phone number, Samantha (pictured) responded: ‘I will probably arrange that through my father’

‘The traffic there would have been chaotic. I was more comfortable watching it from home. But I certainly don’t feel snubbed, because no one was invited.’

Samantha said for her father, Thomas Markle, who is recovery following heart surgery, it was a ‘bitter-sweet’ occasion.

‘It was quite difficult for him as much as he wanted to be there to walk her down the aisle,’ she said. 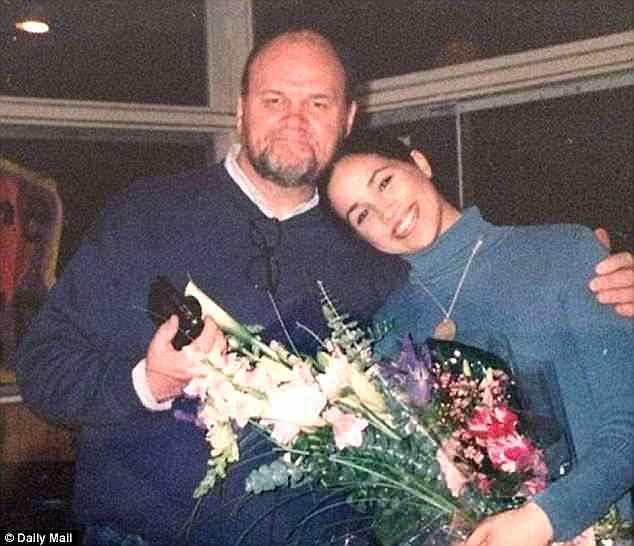 Samantha said for her father, Thomas Markle (left with Meghan) the wedding was a ‘bitter-sweet’ occasion 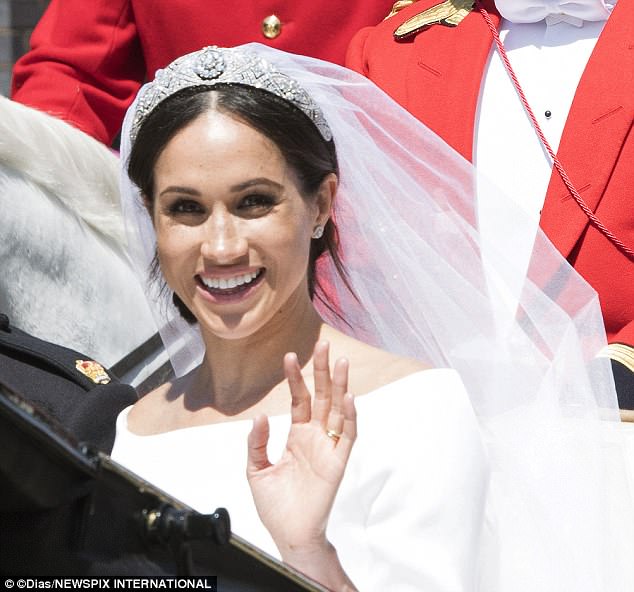 ‘On the other hand, it was a huge honour that Prince Charles walked her down the aisle on his behalf. It was bitter but definitely sweet at the same time.’

Samantha cashed in on the wedding by watching from her home in Florida – alongside a TV crew in a paid appearance.

Her partner Mark Phillips, 60, suggested she pocketed a five-figure sum.

Meanwhile, the newly named Duke and Duchess of Sussex made their first public outing since getting married as they appeared at Prince Charles’ 70th birthday party at Buckingham Palace. 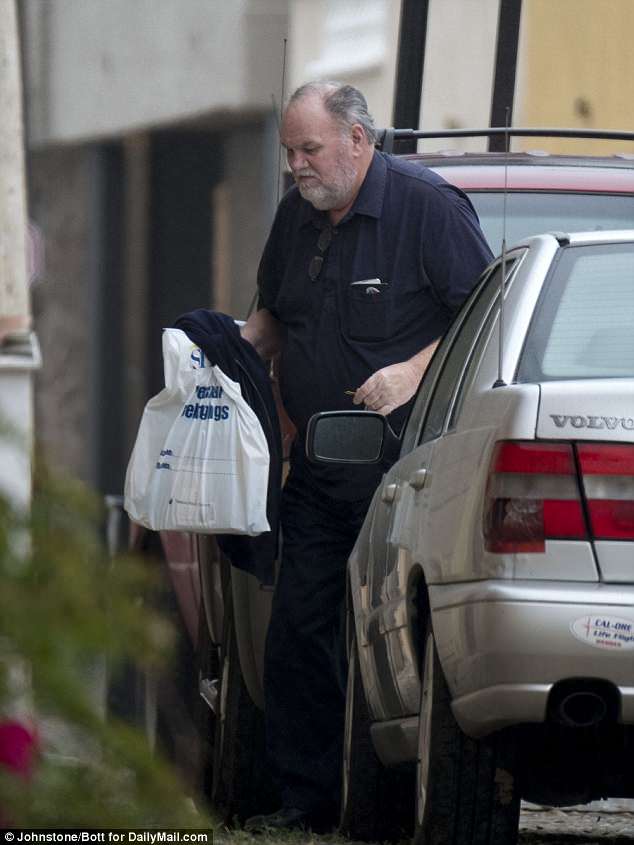