Meghan Markle’s favourite make-up artist Charlotte Tilbury wins copyright fight with Aldi for ripping off her £49 cosmetic kit with their own £6.99 version

‘Queen of Glow’ Ms Tilbury – who was hired to do the make-up for guests at Meghan’s wedding to Prince Harry – is now set for a damages payout to her company Islestarr Holdings. 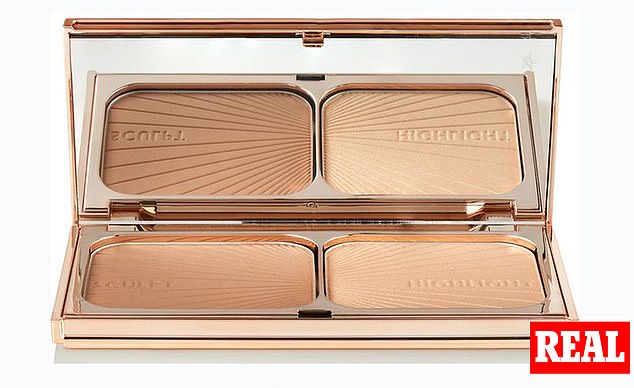 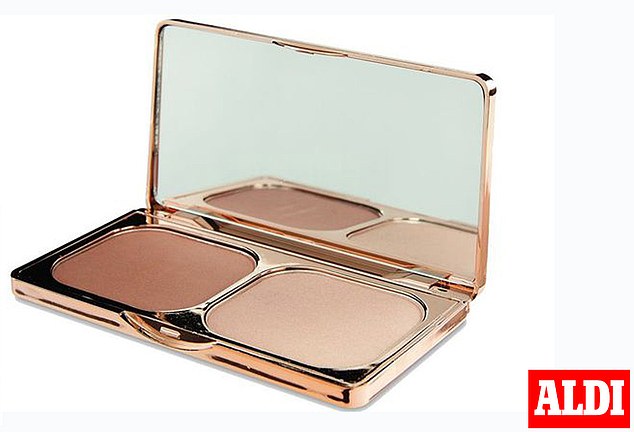 The budget supermarket’s £6.99 version was found to have ‘substantial’ similarities to Ms Tilbury’s

Aldi, whose slogan is ‘like brands, only cheaper’, has developed a reputation for selling cheap imitations of high-end products.

But a judge ruled that similarities between its Lacuna Broadway Shape and Glow and Charlotte Tilbury’s Filmstar palette were ‘substantial’.

The High Court, in London, heard that Aldi ripped off Tilbury’s copyrighted ‘starburst’ ray effect and a diamond impress housing the brand’s logo.

Islestarr accused of Aldi developing a ‘cheap lookalike product’ after the Filmstar set notched sales of almost £13m in under six years.

More than 20,000 units were sold before Aldi was threatened with legal action and withdrew the product last December.

Explaining the legal bid, judge Deputy Master John Linwood said: ‘They allege Aldi saw the success of the Filmstar palette and decided to copy features, so as to produce its own versions.

‘Islestarr say [it] demonstrates Aldi’s ethos of selling lookalike versions of well-known brands cheaply to encourage footfall in their stores.’

Aldi denied copyright infringement but the court ruled that its designers had been aware of the Filmstar palette.

Deputy Master Linwood ruled the Tilbury design was an ‘artistic copyright work that had been substantially copied’.

He said: ‘Aldi has no real prospect of successfully defending Islestarr’s claim for copyright infringement.’ 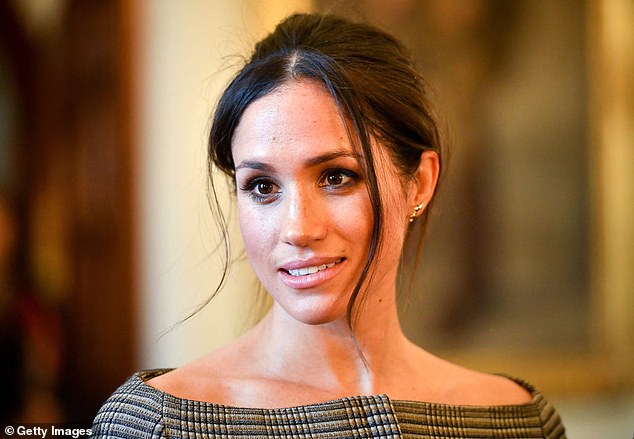 Aldi has previously come under fire from businesses which claim the retailer is ripping-off its goods.

And Andrew Keeble, boss of Yorkshire sausage firm Heck! branded the German retailer a ‘parasite’ after it launched a range of near-identical chicken chipolatas.

Both companies have threatened to take legal action against the budget supermarket but have yet to file a copyright complaint.

He said: ‘The similarity between the brands that inspire it and Aldi’s own products has long been a bone of contention, particularly for small creators.

‘This ruling is a reminder of the fine line between taking inspiration and copying. ‘It shows that brands are not powerless when their rights are infringed.

‘Aldi and other discount retailers are often accused of selling copycat products.

Their usual response is that the product is part of a trend and no intellectual property rights have been infringed.’

A spokesman for Aldi said: ‘This matter relates to a product that was on sale for a very short period in around December 2018. The dispute has since been fully resolved.’