‘Oh my God!’ Meghan Markle’s reaction when she spots an Instagrammer she used to follow among the crowds of royal fans in New Zealand

A young woman was left in tears of joy after Meghan Markle recognised her familiar face in a sea of adoring fans.

Hannah Sergel was among the huge crowd that turned out to greet the Duchess of Sussex and her husband at the Viaduct Harbour in Auckland, New Zealand.

The 20-year-old and Meghan used to message one another on Instagram before the Duchess deleted her account following her engagement to Prince Harry. 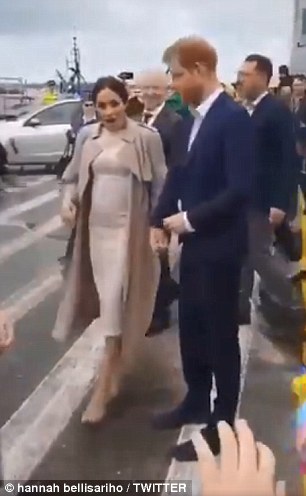 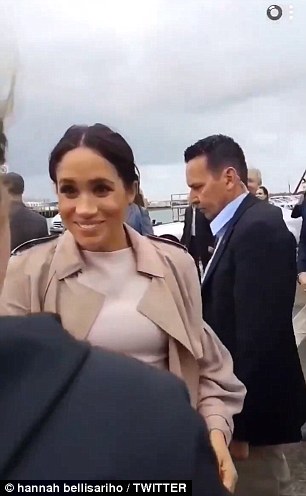 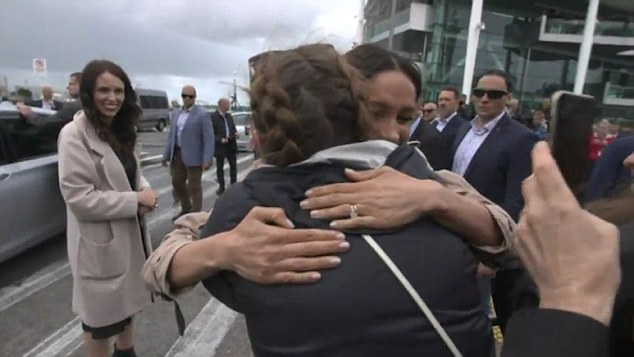 ‘Oh my god’, the Duchess exclaimed as she rushed over to greet Hannah, who was holding a ‘It’s Hannah from Instagram’ sign.

The Duchess gave Hannah a warm hug and accepted a letter she had written.

‘I was friends with her on Instagram before she had to deactivate her account. We used to have conversations and stuff on there,’ Hannah told 1 News.

‘She would tell me to do well at university and encourage me to be myself.’ 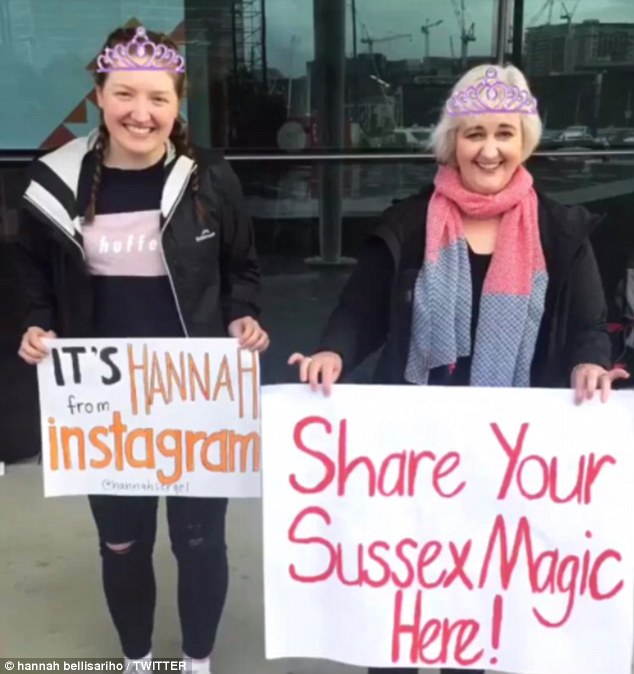 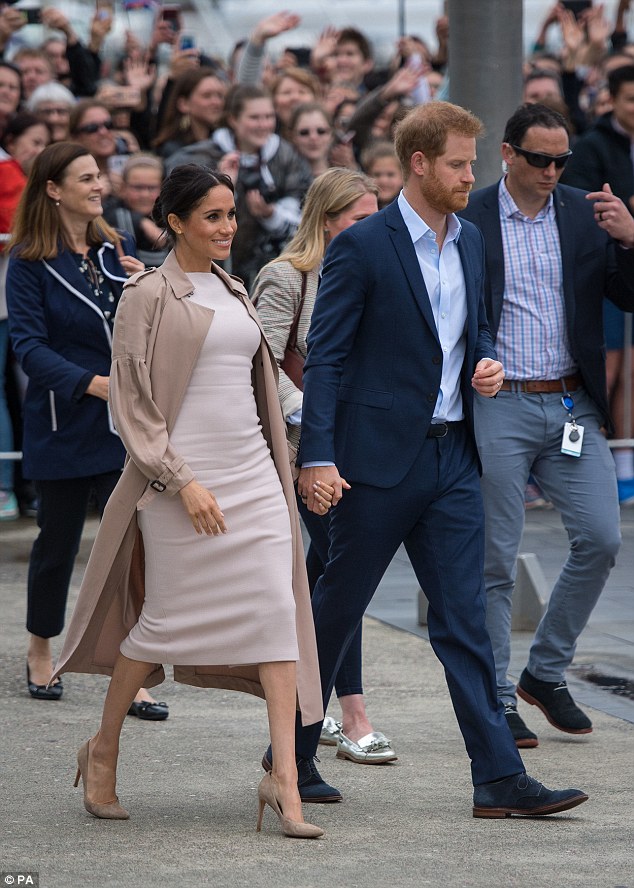 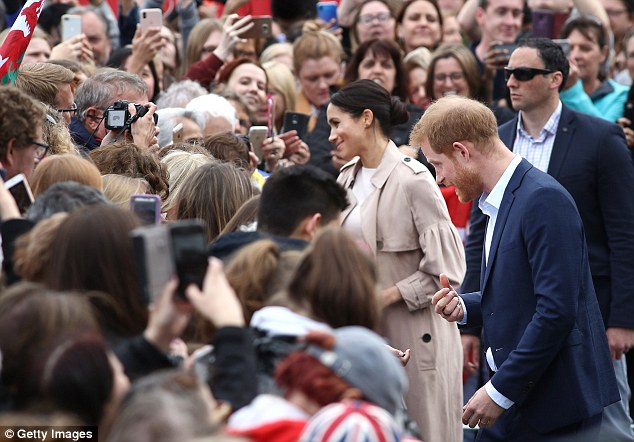 Hannah said she was left ‘so shaky and flustered’ following the encounter, adding Meghan’s jaw-dropping reaction ‘means the world to me’.

The Duchess had told Hannah ‘Thank you for getting in touch’ and ‘said she would read my letter that I gave her’.

The public walkabout in Auckland was held on Tuesday, the third day of the royal couple’s tour of New Zealand.

The Duke and Duchess are spending Wednesday in Rotorua before flying home to London.

It brings to an end a marathon 16-day tour of Australia, Fiji, Tonga and New Zealand – the first royal tour for the Duke and Duchess since their May wedding.