Meghan Markle’s half-sister has changed the ‘confusing’ title of her upcoming book about the future wife of Prince Harry in a bid for a wedding invitation.

Samantha Markle, 52, is releasing a book depicting the ins and outs of her relationship with the royal bride-to-be and their childhood together.

The previous title of the book, The Diary of Princess Pushy’s Sister, she believes ‘backfired’ on her and the book will now be named A Tale of Two Sisters.

Samantha, who has yet to reveal a date for her book, told the Mirror: ‘I wanted an appropriate title, not one that aroused curiosity but that was confusing.

Meghan Markle’s half sister Samantha Grant, pictured at her graduation with her in 2008

‘[With] the previous title that was my point – that you can’t judge a book by its cover title.

It is believed that her agent Linda Langton suggested the name change as it did not reflect Samantha’s loving feelings for her sister. 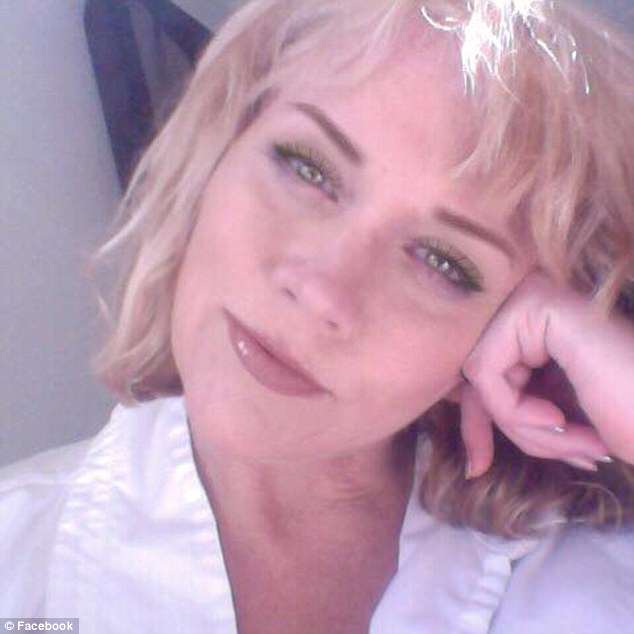 Samantha Markle, 52 is changing the name of her upcoming book in the hope of a wedding invitation

Samantha and Meghan, 36 share the same father, Thomas, 73 who is expected to walk Meghan down the aisle on May 19.

However Samantha has not yet been invited.

She hasn’t spoken to the former Suits actress in three years however Samantha and her brother Thomas Jr are still holding out hope for an invitation. 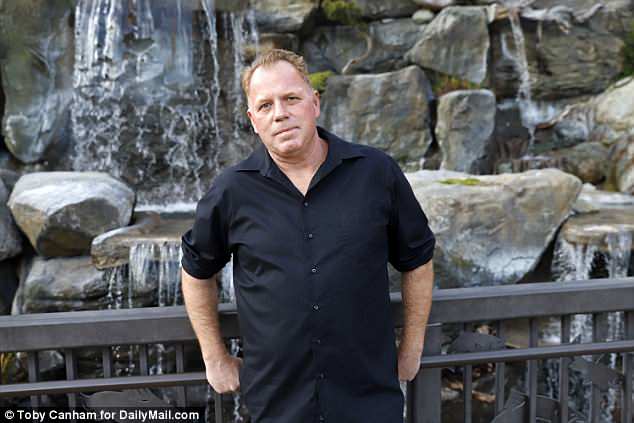 Thomas Markle Jr (pictured in his hometown of Grants Pass, Oregon) is also yet to receive an invite to the wedding

Speaking exclusively to DailyMailTV, the 51-year-old said: ‘I haven’t got an invite yet but I do expect to get one. It would be really nice [to get an invitation] and it would mean a lot.

‘I do expect one and I’m looking forward to going. I don’t see why not. It is what it is. I am family, estranged or not.’ 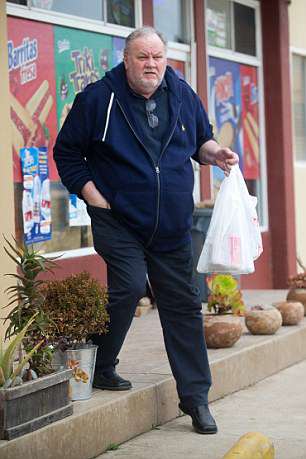 Of the letter mailed to Kensington Palace, Markle Jr added: ‘I sent a letter. Just basically [saying] I’m really happy for you, congratulations, you’re amazing, you’re going to do well and congratulations.

‘No, I didn’t hear back but I’m sure she’s busy. She’s got a lot on her plate right now – she’s in a whirlwind. She’s becoming a princess.

‘It’s probably really hard for her to think about anything else except for her wedding and everything like that.’

Meghan will marry Prince Harry, 33, at the 14th century St George’s Chapel in Windsor Castle on May 19.

Along with the Queen, the Duke of Edinburgh and the Duke and Duchess of Cambridge, other members of the royal family, including Sarah Ferguson, Prince Andrew and Princesses Beatrice and Eugenie will attend.

So too will Pippa Middleton. Other names likely to be on the guest list include Meghan’s best friends, stylist Jessica Mulroney, nightlife consultant Markus Anderson, and New York-based designer Misha Nonoo.

Of Meghan’s own family, only her mother Doria Ragland, 61, of Los Angeles, California, and her reclusive father Thomas Markle Sr, 73, are likely to be part of the 600-strong congregation.

Meghan is also understood to be close to her niece Ashleigh Hale, 31, and her graphic designer half-uncle Joffrey Ragland, 34, who may also travel to England for the nuptials.