Samantha Markle spoke about her royal sister and the health of their father in her first interview since the royal wedding.

The 52-year-old half-sister of the newly-titled Duchess of Sussex said that she thought the wedding of Prince Harry and Meghan was ‘heartwarming’ on Ed, Grant & Em, but said she had yet to speak to the American princess.

The talk then turned tho Thomas Sr’s health, with Samantha being asked how her father was faring after he went in for surgery over the weekend.

‘He is recovering, still in the hospital. He certainly did have a heart attack it was not fake – media rubbish,’ said Samantha, who has said her father is seeking treatment in California.

She made that comment a few hours after Thomas Sr was photographed by DailyMail.com stopping by a Starbucks drive-thru to grab a Frappucino – in Mexico.

He has a penchant for iced beverages, having previously been spotted grabbing a chocolate shake with his two Happy Meals at a McDonald’s in California just two days after he claimed to have suffered a heart attack.

Samantha also fought back against accusations that she was unfairly profiting from her sister’s wedding by stating: ‘It’s not cashing in to share fond memories.’

Cash me outside: Samantha Markle (above) fought back against accusations that she was unfairly profiting from her sister’s wedding by stating: ‘It’s not cashing in to share fond memories’ 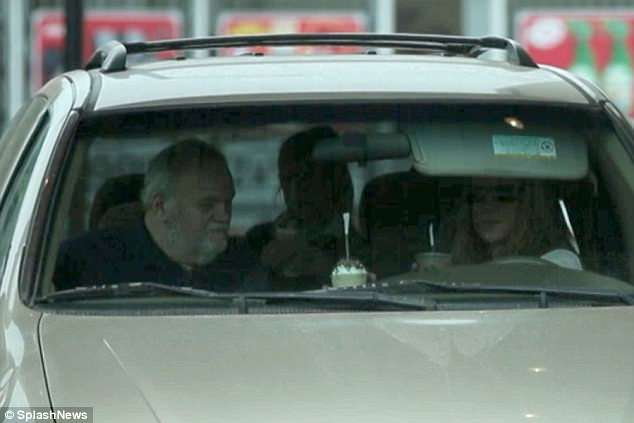 Whipped: Thomas Markle Sr was seen for the first time since the wedding grabbing a Frappucino from Starbucks (above) in Mexico on Monday. He was said to have had surgery over the weekend 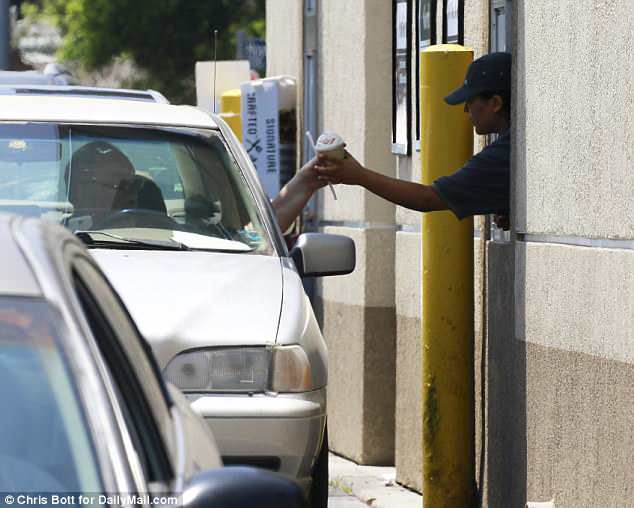 Drive thru: Markle was previously seen grabbing a frozen beverage with whipped cream at McDonalds on May 10 two days after he said he had a heart attack 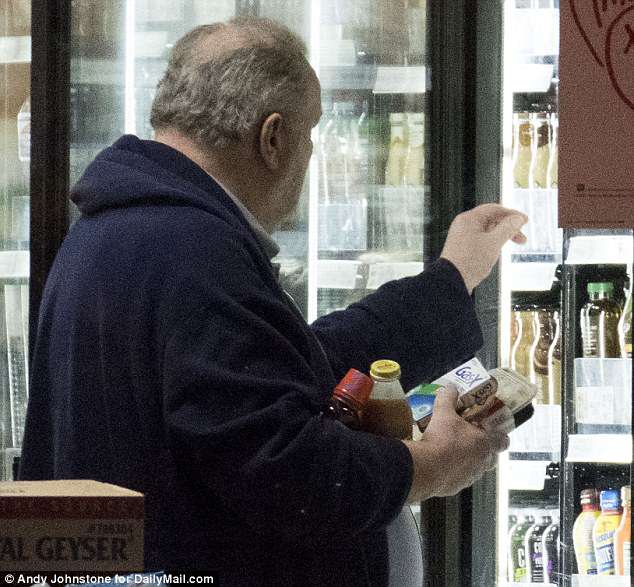 Shake it up: He was also seen picking up a Yoohoo (above) the day after he said he suffered a heart attack

Samantha also made some interesting remarks about the wedding, saying she was fine with the fact that she was not invited because of the congestion overseas.

‘No one on my father’s or Dora’s side of the family were invited. We really felt like you can’t hold that against her,’ said Samantha, who noted that she had purchased a present for Meghan that she hoped to give at some point in the future.

She then added: ‘The traffic there would have been chaotic I was more comfortable watching it at home.’

Samantha said that her father did struggle however with having to skip the ceremony and give his daughter away.

‘So it was bitter but definitely sweet at the same time.’

She had less than kind words to say about Doria Ragland, saying that Meghan’s mother had been cashing in by pointing out the interview she gave to Oprah Winfrey and the release of photos only she would have had been able to provide the press.

There has not been any interview between Doria and Oprah however, and there is no proof or evidence to suggest that Doria has ever sold pictures of her daughter. 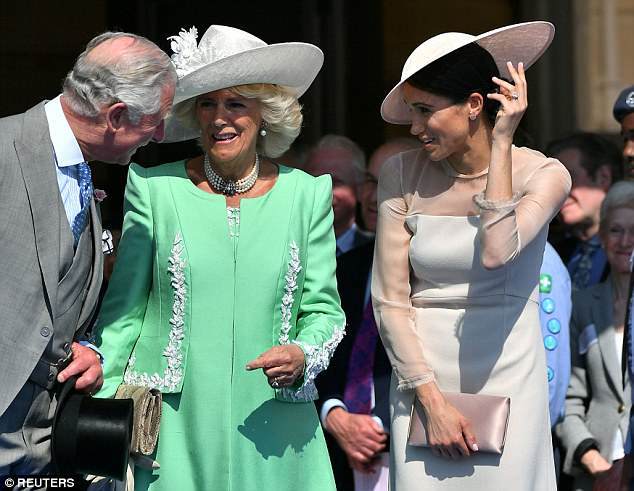 Divine intervention: Samantha said she would speak to her sister when she returns from her honeymoon, seemingly unaware Meghan was not flying off with her new husband (The Duchess of Sussex above with Prince Charles and Camilla on Tuesday) 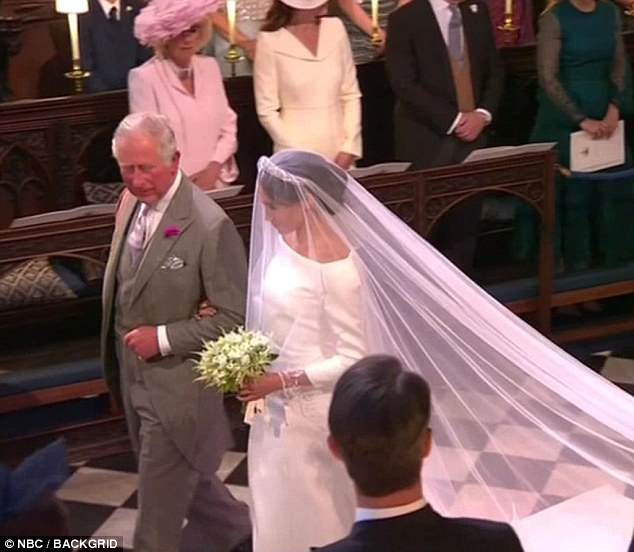 Family support: ‘It was a huge honor that Prince Charles walked her down the aisle,’ Samantha said of her sister’s big day 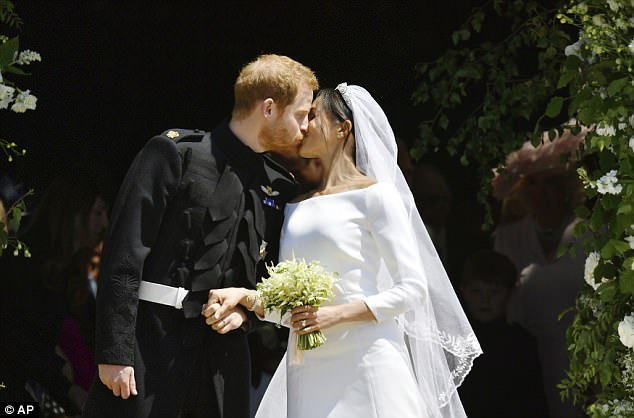 Divine intervention: Samantha said she would get her sister’s number from their father (Meghan and Prince Harry)

Samantha was also asked point blank how much she has made off her sister.

‘Well, uh, you know, I think it was obvious from the beginning … I still don’t have a wheelchair-accessible house so it’s not that much,’ said a hesitant Samantha.

‘Just to give people a snapshot of how it really was — if I do one interview and they pay me $1,500, 10,000 publications will copy that and write their own story, that’s how it works.’

One of the hosts then asked: ‘But why do you have the right to make money off your sister?’

She reponded: ‘It’s not off her … it’s off my personal photos that I was in, so if their my memories, my life experiences, my photos, I certainly have more right to make money off them than any journalists or tabloid photographer.’ 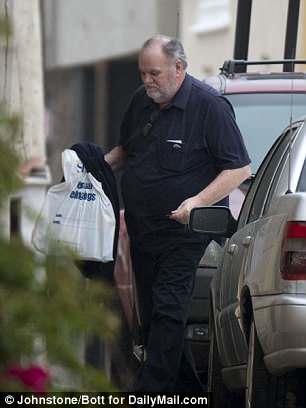 Markle is seen with a bag of possessions on Monday afternoon

Samantha was also asked to address her father’s photo scandal.

‘I didn’t call them, they called me and regards to the photos of my father, the only photos that were staged were of his normal lifestyle,’ she claimed.

‘The only photos of him that were, quote, staged, were the ones of him engaging in a normal lifestyle because he had been purposely depicted in an unfavorable light.’

She went on to state: ‘He did not accept any reasonable sum of money for them, the only ones who made money were the photographers, and he had turned down interviews twice during the year which were upwards of $50,000, so clearly he wasn’t money-motivated.’

Talk then turned to the fractured relationship between Samantha and herself, which she seemed to think the two would be able to work on moving forward.

‘You really can’t believe everything,’ said the author of The Diary Of Princess Pushy’s Sister.

‘I was always very forthcoming about the way I felt, the things that I loved and admired about her.’

Samantha continued: ‘There was some things that I didn’t understand or that I disagreed with and they were horribly skewed in the media … slamming … that was not accurate at all.

‘She’s my baby sister and I love her and I was so proud to watch her have that happy moment and any disagreements that you’ve had melt away when there is that level of happiness.’

She is now settling back into her regular life, but said she is looking forward to chatting with her sister in the future.

‘I’m hoping that after they have their honeymoon and settled in we will have time to communicate by phone,’ said Samantha, who was apparently unaware her sister did not head off on a honeymoon and is instead still in England.

She made her first appearance as a royal on Tuesday, attending a birthday celebrating for her new father-in-law and the man who gave her away, Prince Charles.

Samantha said she would get her sister’s number from their father.