On Twitter this Friday, O’Reilly tweeted ‘Justice Ginsburg is very ill. Another Justice appointment inevitable and soon. Bad news for the left.’

85-year-old Ginsburg underwent surgery on Friday to remove two nodules from the lower half her left lung, which were discovered in follow up examinations after cracking her ribs in a fall in November. 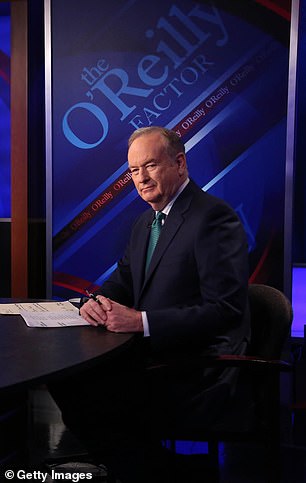 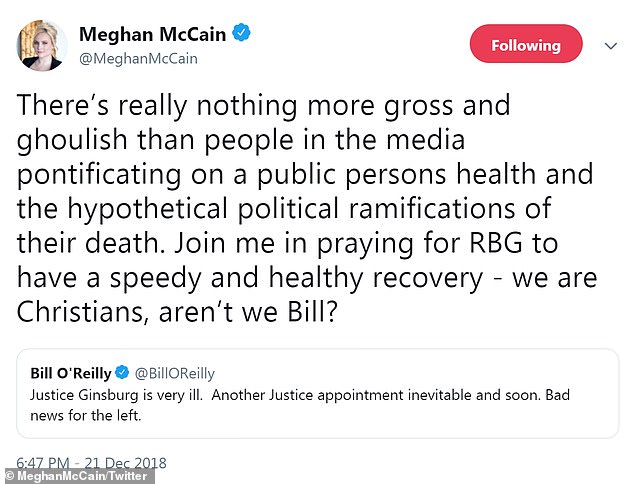 McCain urged O’Reilly to join her in prayer for Ginsburg’s recovery, rather than try to politicize the implications of compromised health

Incensed by the hard-hearted nature of O-Reilly’s comments -coming just months after the death of her father – McCain took to twitter to hit back at the journalist.

Branding him ‘gross and ghoulish’, she urged O’Reilly to join her in prayer for Ginsburg’s recovery, rather than trying to politicize the possible implications of her compromised health.

‘There’s really nothing more gross and ghoulish than people in the media pontificating on a public persons health and the hypothetical political ramifications of their death. Join me in praying for RBG to have a speedy and healthy recovery – we are Christians, aren’t we Bill?’ She responded. 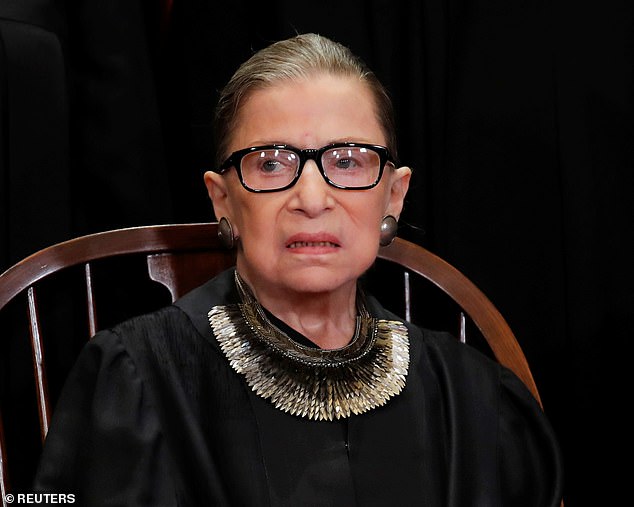 Justice Ruth Bader Ginsburg (pictured) had surgery on Friday to remove two lumps from her left lung. The nodules were found during examinations after her fall in November 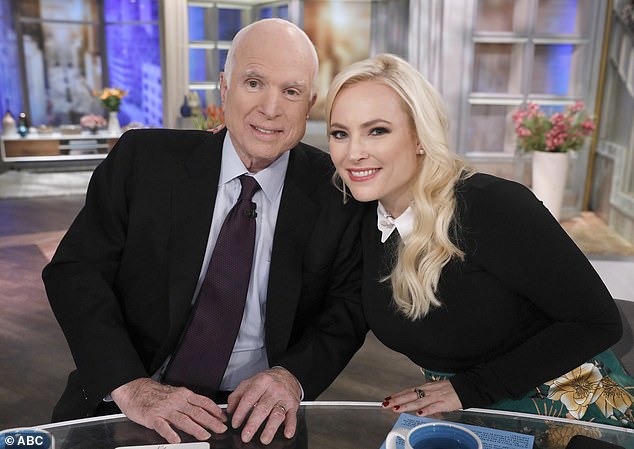 O’Reilly, 69, was fired from his show the “The O’Reilly Factor” after a report in The New York Times revealed Fox had paid millions in compensation to five women who had accused him of sexual harassment.