A league of their own! Meghan shares hugs and laughs with stars of Boston Red Sox and New York Yankees baseball teams as she and Harry meet the players ahead of their game in London

The Duchess of Sussex shared a hug and laughs with stars of the Boston Red Sox and New York Yankees as she and Prince Harry met the players ahead of their game in London.

Europe’s first ever Major League Baseball game has been given the royal stamp of approval as Meghan and Harry are attending to promote his Invictus Games Foundation at Queen Elizabeth Olympic Park tonight.

Meghan beamed as each team gave her a baby-sized jersey, with the New York Yankees shirt emblazoned with Archie’s name and the number 19 on the back for the year of his birth.

Former Invictus athletes from the USA and the UK will take part in throwing the ceremonial first pitch at the London stadium which is home to Premier League football club West Ham United.

The Invictus foundation was founded by Prince Harry for wounded, sick and injured armed service personnel to take part in various sporting events.

There is a sell-out crowd tonight as the baseball rivals take each other on before some 120,000 spectators, with the Yankees and the Red Sox competing in the AL East conference. 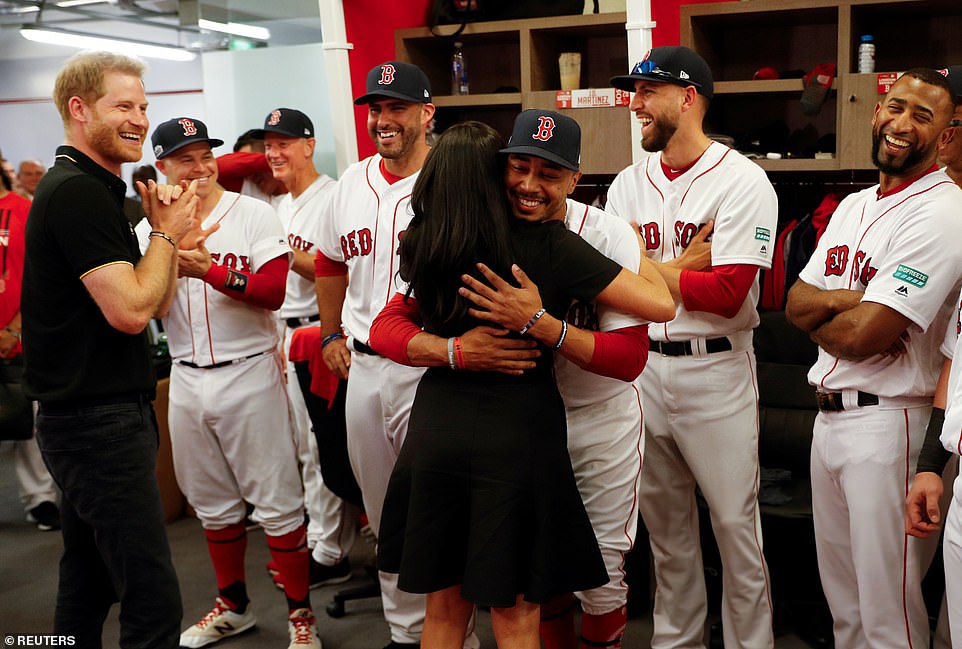 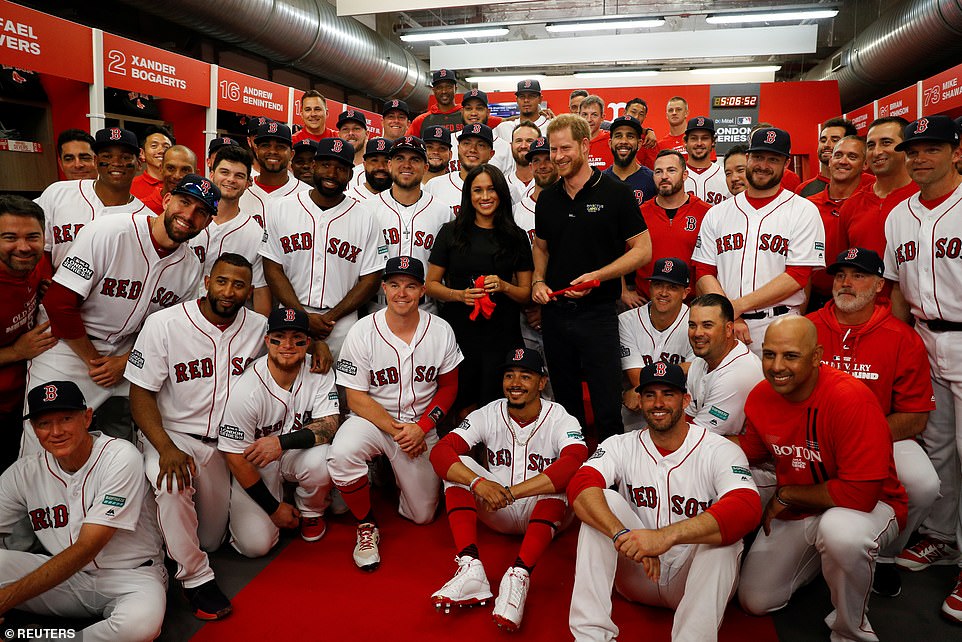 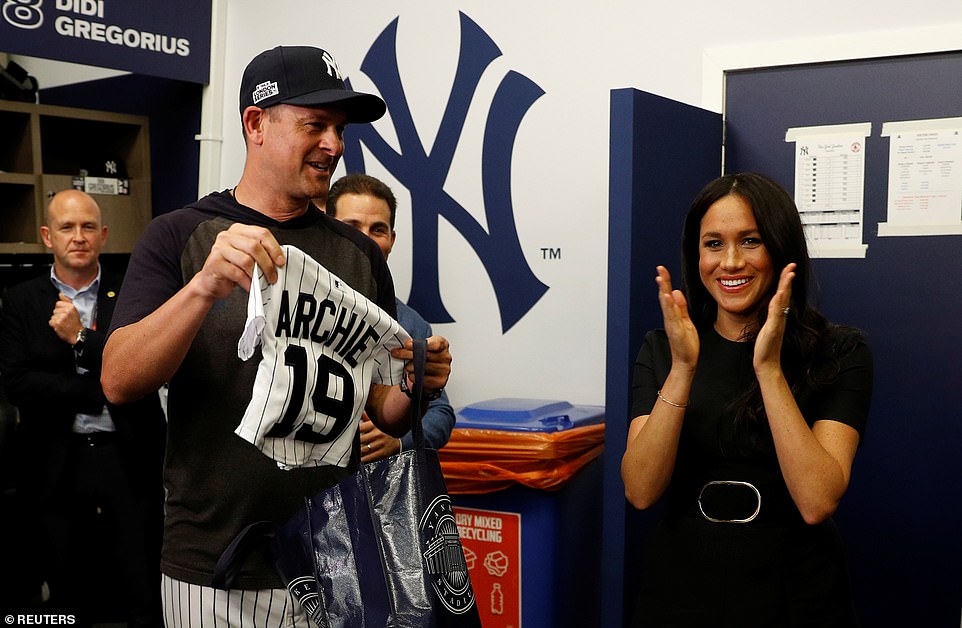 Meghan smiles and claps as she is handed the iconic white pinstriped jersey of the New York Yankees, which has been emblazoned with the name of her son Archie and a number 19 for the year of his birth

Similar in style to the British sports of rounders, this is the first time America’s colossal MLB has attempted to sell itself in the UK.

With some of the MLB’s 30 teams having previously played in Mexico, Japan, Australia, and Puerto Rico, it’s believed chiefs at the organisation are keen to make their mark in an untapped market.

But it comes over a decade after the NFL made its debut appearance at London’s Wembley Stadium with a match between the Miami Dolphins and the New York Giants.

Because of the need for a larger, more circular pitch the organisation has picked the London Stadium to host the inaugural meet.

The former Olympic stadium, where West Ham play their home games, is hosting two matches between the New York Yankees and Boston Red Sox this Saturday and Sunday. 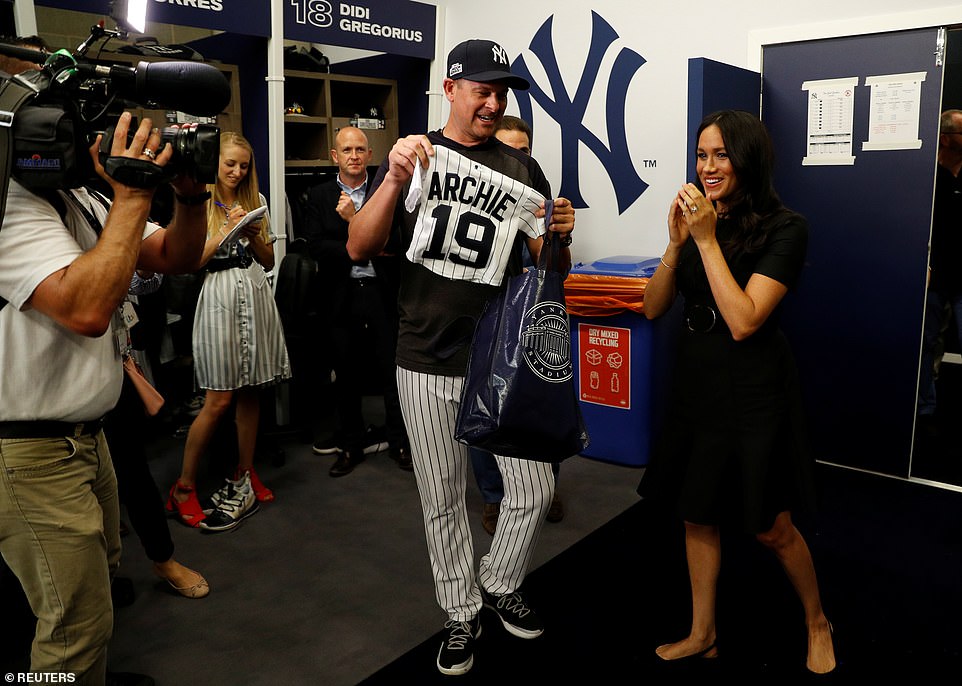 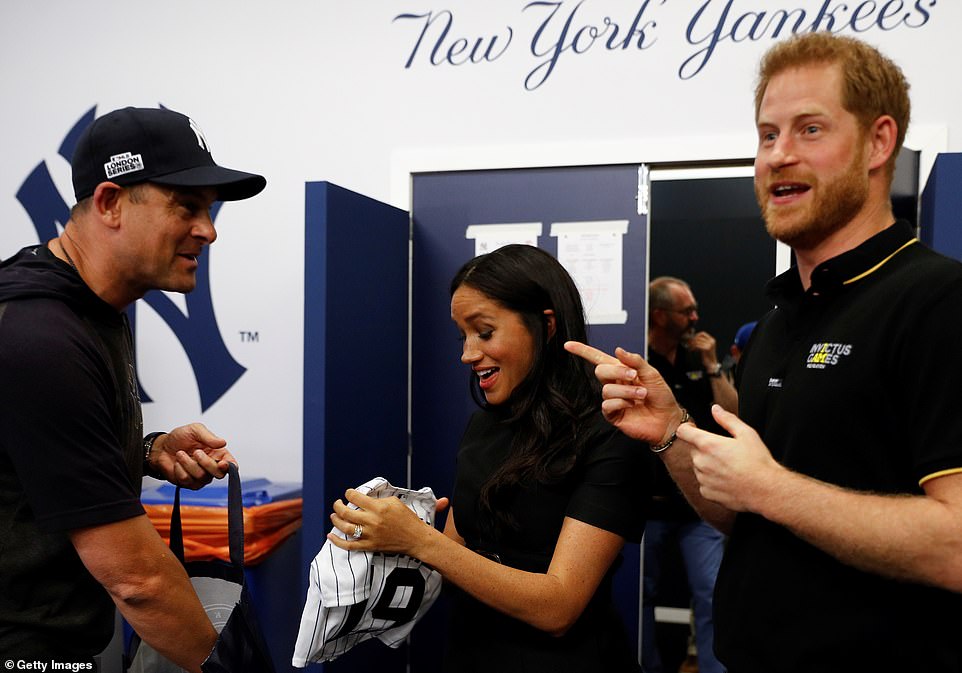 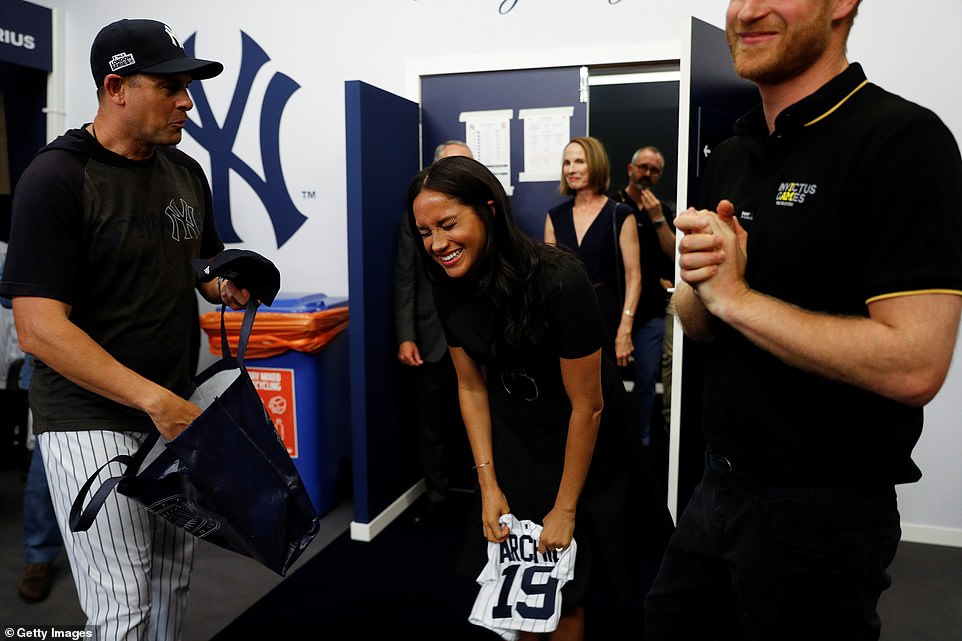 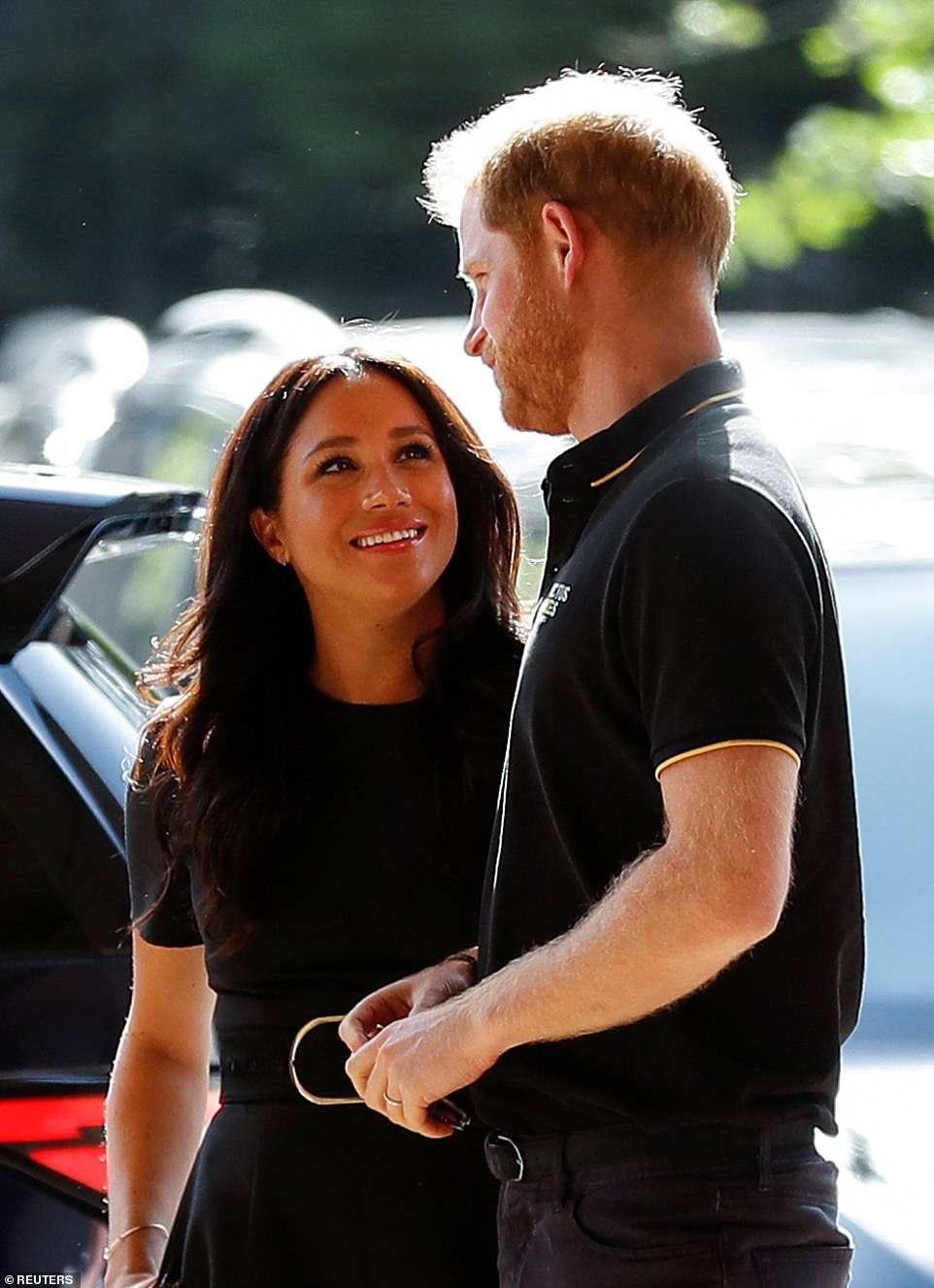 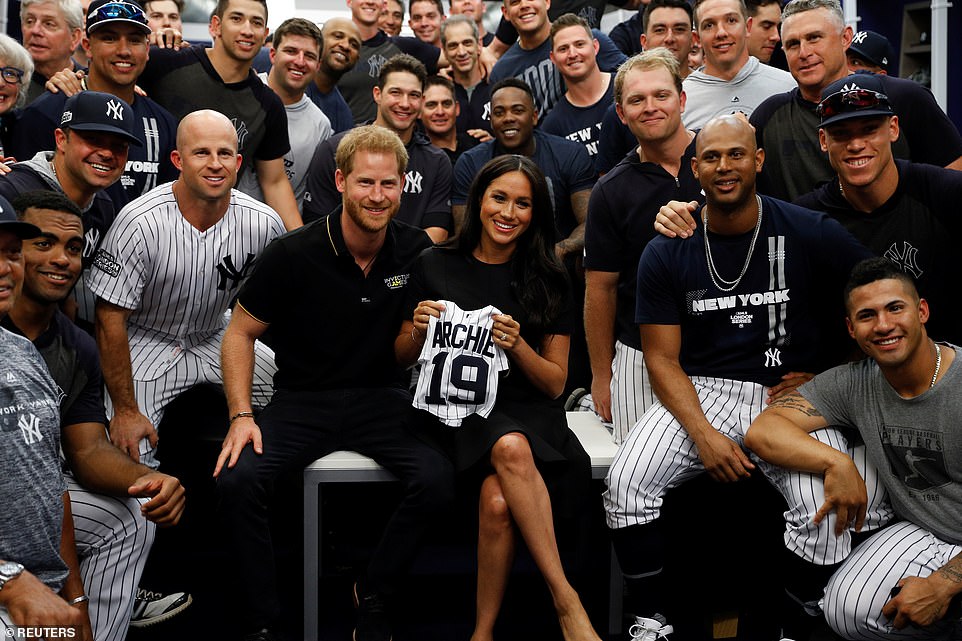 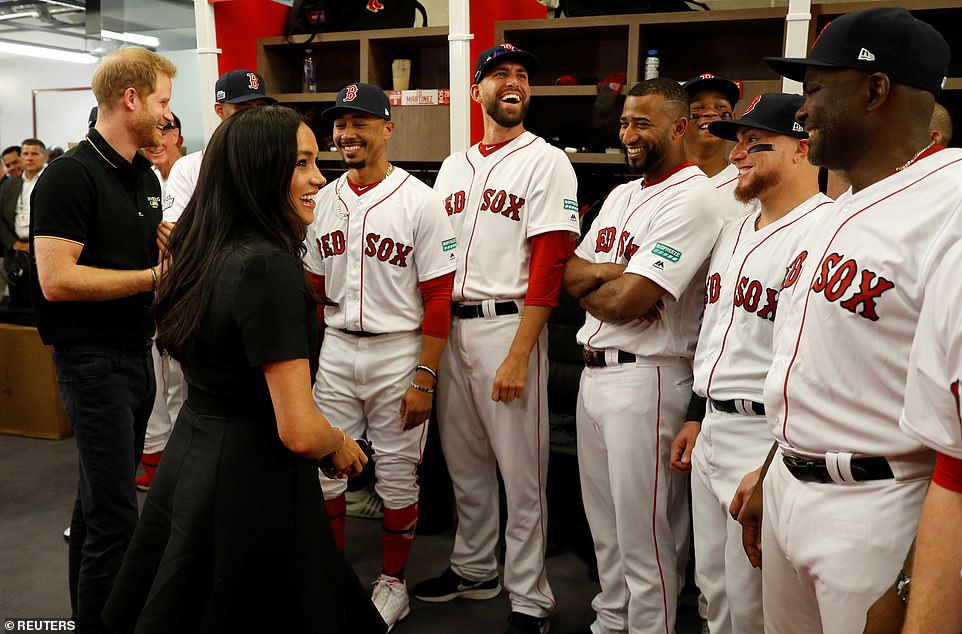 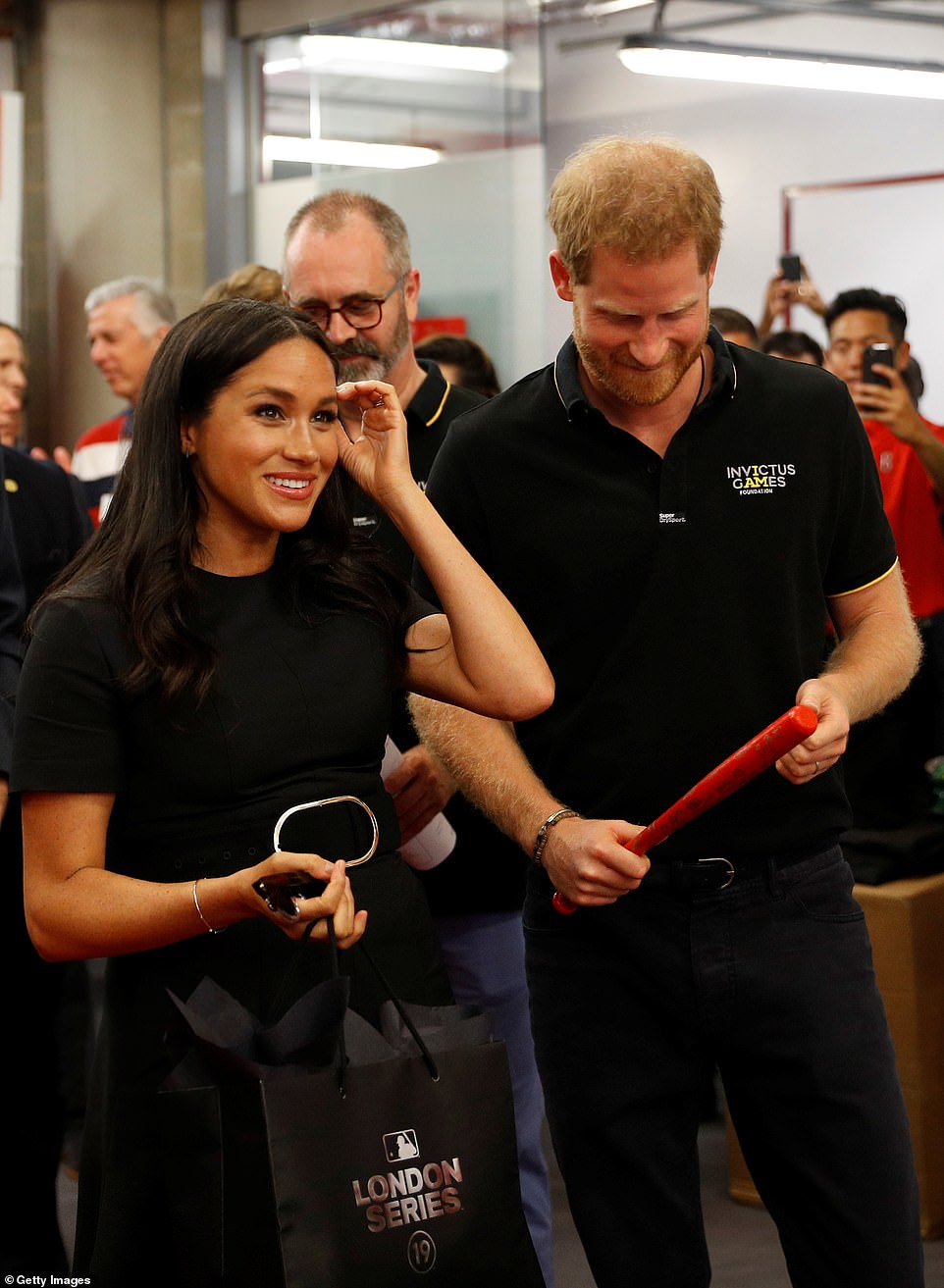 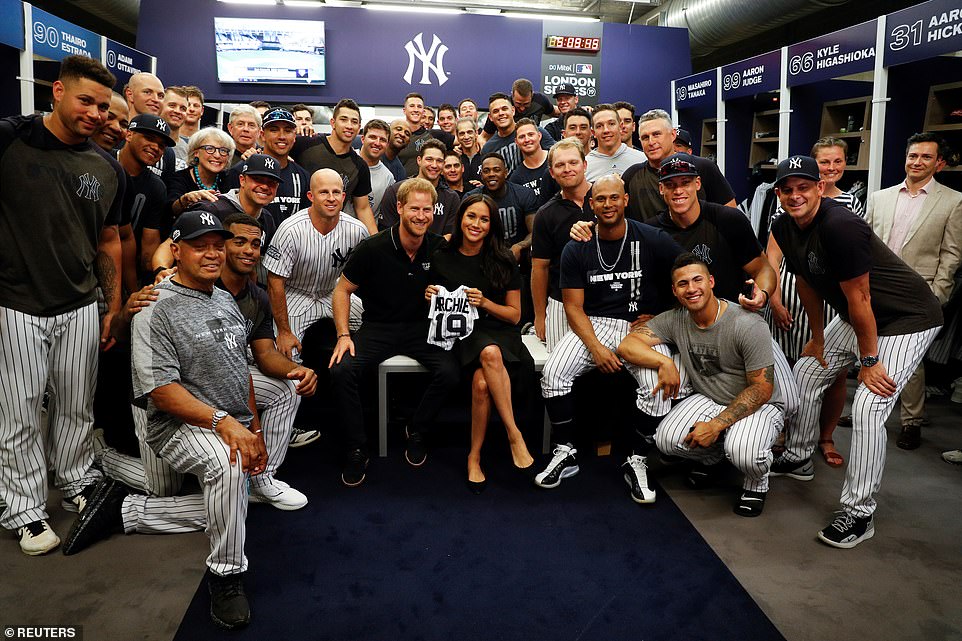 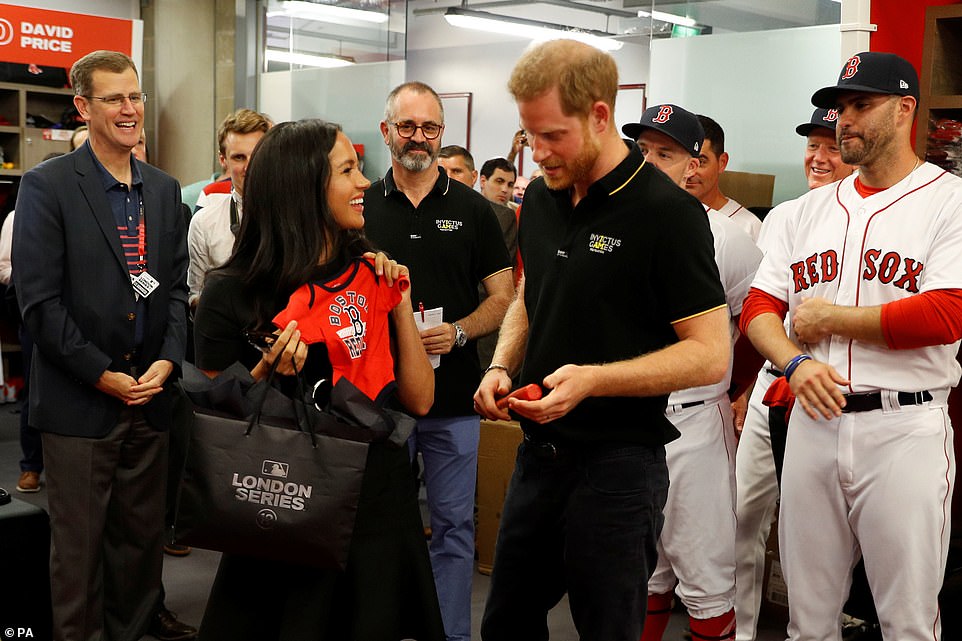 Meghan looks delighted with her new red shirt for baby Archie, while Prince Harry was given a little red bat for his son this evening