She’s not put a foot wrong with her wardrobe since taking up royal duties with Prince Harry, but today Meghan made a rare faux pas on her first official visit to Belfast.

The bride-to-be seemed keen to show off her prowess at literal dressing by donning the green, white and orange of the Irish flag even though Belfast is, of course, part of the United Kingdom.

Meghan gave a nod to the Emerald Isle in a forest green skirt by Toronto-based Greta Constantine, while the white came in the form of the same Victoria Beckham cashmere jumper she wore for her engagement photoshoot.

She teamed the ensemble with rusty orange suede shoes by Jimmy Choo and covered up witha $750 Mackage waterfall collar coat.

And she topped off the outfit with a handbag by Charlotte Elizabeth, a designer who set up her brand from her bed when she was paralysed by illness at 21.

‘Like Kate who often gives a sartorial nod to the country she is visiting Meghan has opted for a green hue with the tailored skirt,’ celebrity stylist Lucas Armitage told Femail.

‘Meghan seems to be taking some serious style bits from Duchess Kate here, gone is her edgy style statements and she has opted for classic elements to produce a more conservative fashion vibe.

The bride-to-be made a rare fashion faux pas today as she stepped out in the green, white and orange of the Irish tricolour in Belfast, which is part of the UK 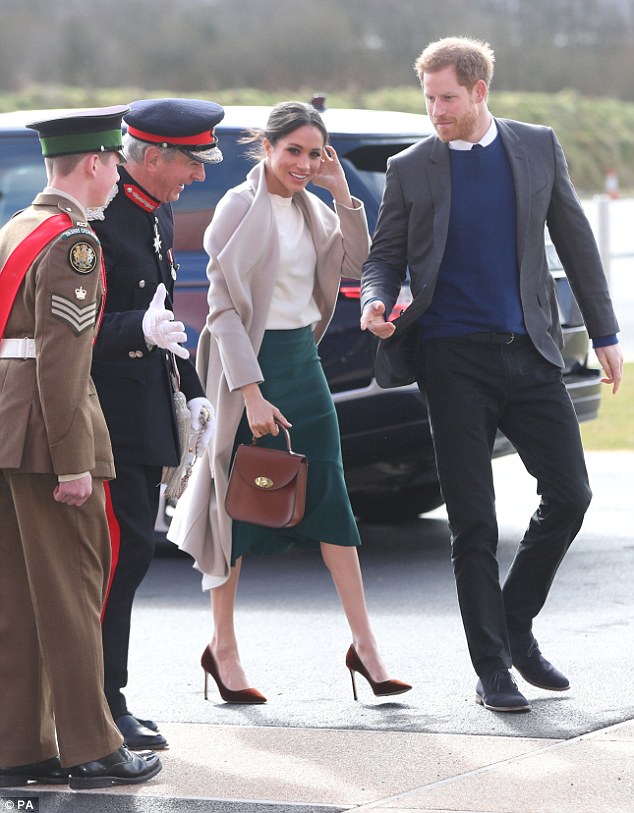 This entire look could have been put together from Kate’s pre-pregnancy wardrobe, the chic pencil skirt, the courts and a classic knit.

‘The only hint of Meghan’s signature style is the casual leather bag.’

The couple have flown to Northern Ireland for an unannounced visit that follows on from high profile trips to other parts of the UK.

Meghan and Harry have been touring Britain ahead of their May wedding and the prince will introduce his fiance to Ulster during a series of events. 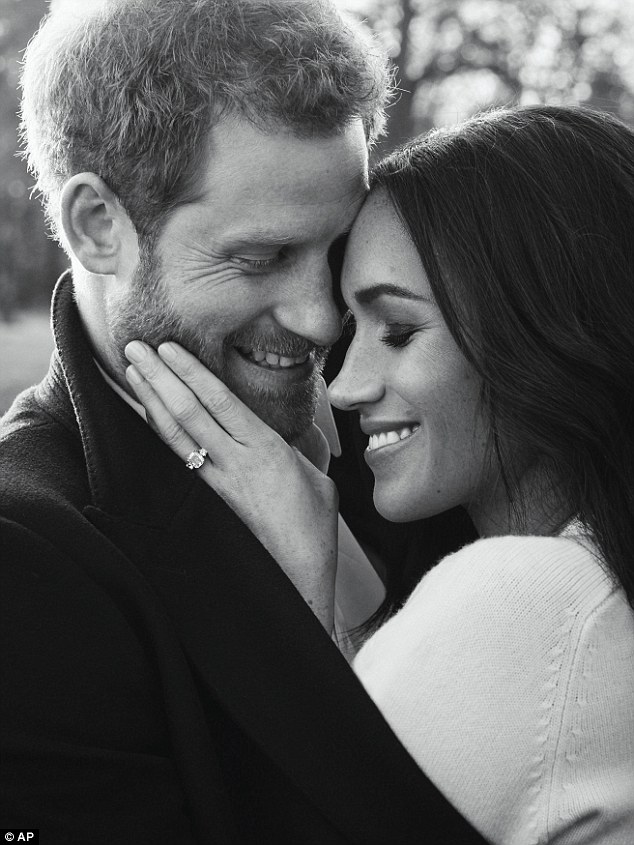 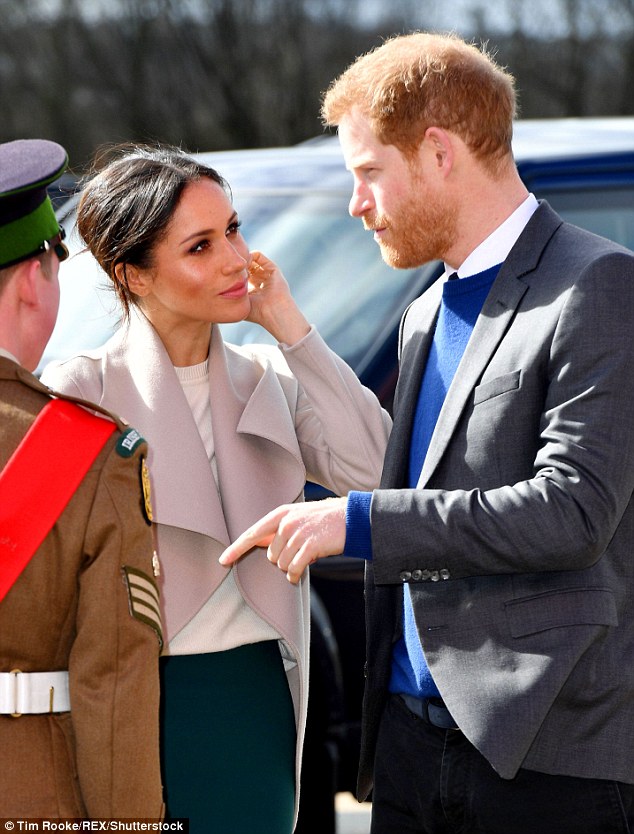 The bride-to-be  teamed her outfit with a cream waterfall coat by Mackage, a Canadian brand she’s worn previously

In keeping with royal visits to Northern Ireland details were not released in advance and the itinerary was not disclosed for security reasons.

Their first stop was at Eikon Centre in Lisburn, for an event to mark the second year of youth-led peace-building initiative Amazing the Space.

The US actress began her UK tour with Harry in Nottingham a few days after their engagement announcement at the end of November last year. 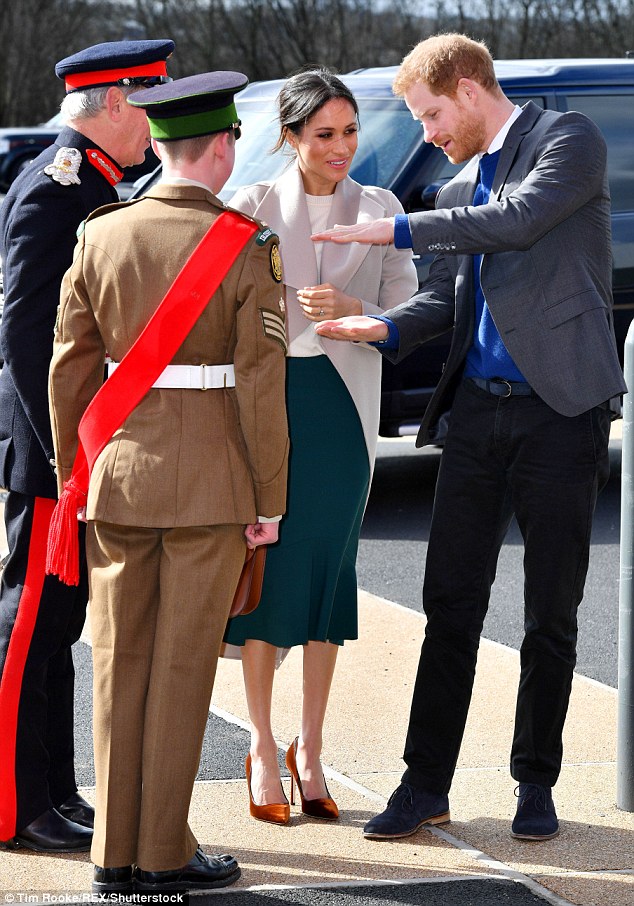 In Brixton, the historic home of London’s Caribbean community, Meghan and Harry visited a local community centre, then they travelled to Cardiff, with the US actress getting an introduction to Welsh culture.

Edinburgh welcomed the coupled who visited the city’s historic castle and they also toured Birmingham.