Megyn Kelly is under fire by past and present colleagues, who reveal that the NBC host is just as vicious in the work place as she is on screen.

Kelly, the highest-paid host at NBC, has made several shocking jabs on her show and co-workers confess that she is just as ‘disrespectful’ and ‘rude’ in the office.

The 47-year-old has reportedly made staffers cry, runs a ‘tense’ set, has lied to managers to get her way, and has kicked out subordinates from make-up sets in order to be served first.

Under fire: Co-workers of Megyn Kelly have come forward to reveal how the NBC host runs a tense set here staffers are left in tears and complainers have been fired 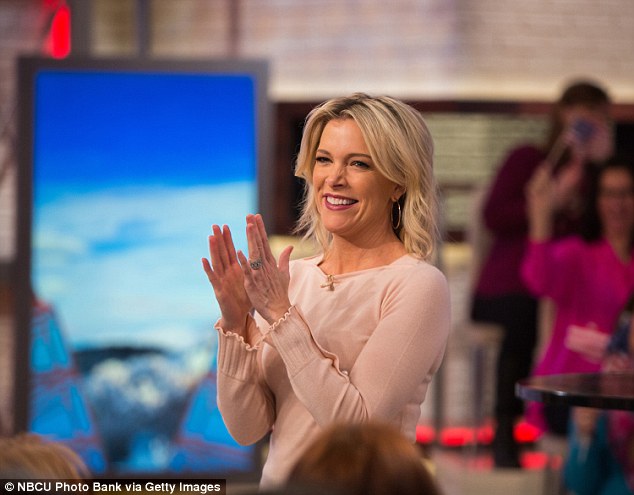 A former make-up artist for the anchor described her as ‘disrespectful’ and ‘rude’ and said, ‘She’s not for women. She’s extremely mean and rude to women’ 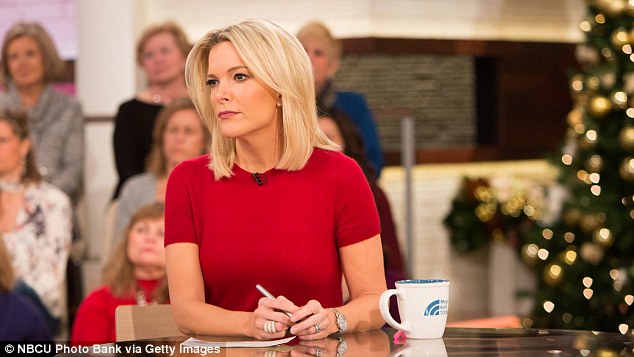 Make-up artist Iren Halperin has come forward to share that when she worked with Kelly on Fox, the blonde anchor kicked out another reporter from the make-up chair in a fit, demanding to be served first. After her make-up was complete, Kelly then falsely alerted management that Halperin was late.

Halperin, worked for Fox News as a make-up artist for 20 years and retired two years ago in 2016. She worked with Kelly when she co-anchored America’s Newsroom with Bill Hemmer in 2009.

She recalled one day Kelly arrived 30 minutes early to her 8a.m. make-up slot time for the show, and tried to kick out a female reporter sitting in the make-up chair. 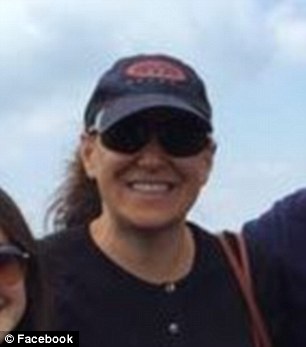 Kelly then snapped her finger and pointed to the reporter and ordered her to leave.

Following the incident, Halperin, a mother-of-three was called in my her boss who revealed Kelly reported lies about her.

‘The next day my boss called me. Megyn went and lied to management and said,  “[Iren] can’t come in on time because she has child-care issues,”‘ Halperin said.

The make-up artist then requested to work with another anchor instead.

‘She was difficult and demanding. And if you didn’t do what she wanted, she would try to get you in trouble,’ she added.

A NBC source says that the make-up artists claims are ‘total garbage’.

One other Fox employee said they too asked for reassignment because of Kelly’s ‘demanding’ demeanor. 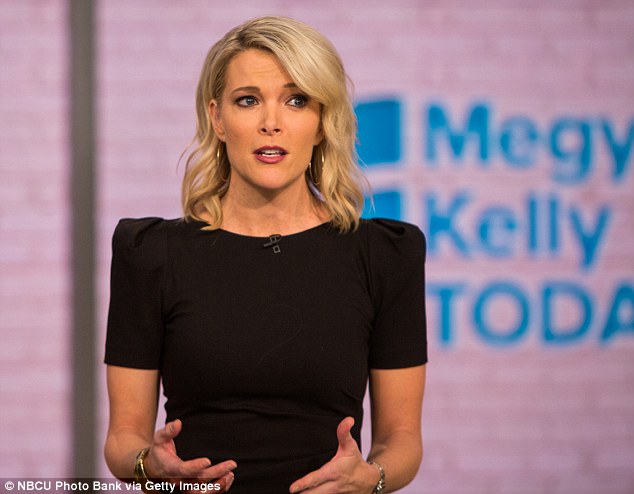 Sources from Kelly’s set an NBC say she is ‘is seen as tarnishing the brand, out-of-control and selfish’ 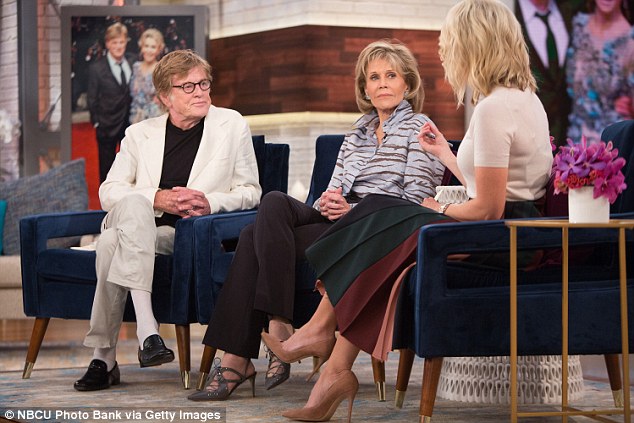 Last month, Kelly shocked viewers when she threw verbal jabs at Jane Fonda who visited the episodes prior (above) because Fonda criticized the anchor for fixating on her plastic surgery 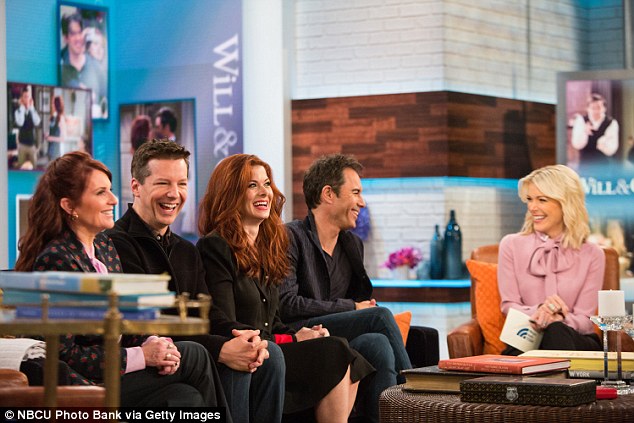 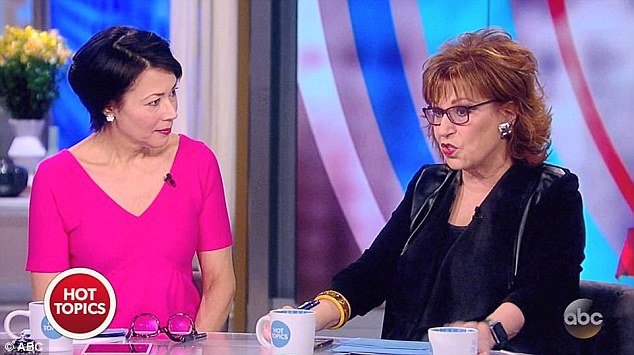 Coming for Kelly: Ann Curry said the move was petty on The View and called Kelly ‘mean,’ while Joy Behar said Fonda should have asked: ‘How much work have you had b****?’

As for her time on NBC, a high-ranking veteran who did not give their name revealed that staffers frequently ‘cry’ on the set of Kelly’s show.

‘She is hated inside the Today Show and is seen as tarnishing the brand, out-of-control and selfish,’ the source said.

‘The general feeling is that she will not last three years,’ the sourced added. 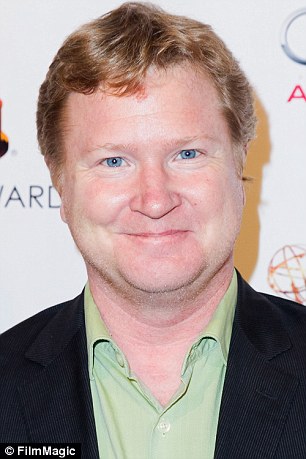 In January Kelly fired Kevin Bleyer, one of her head writers, after he complained about bullying by the show’s two top bosses.

The office was described as a ‘completely toxic’ space.

Bleyer also said that young female assistants were ‘abused and harassed’ by executives who ‘scapegoat’ and launched f-word tirades.

NBC has paid Kelly $23million for a three-year contract.

Kelly shocked NBC executives and viewers when she attacked Jane Fonda on screen after Fonda shot down the host’s attempts to discuss her plastic surgery in September.

Kelly then criticized Fonda in a subsequent episode for her actions during the Vietnam War and her infamous trip to Hanoi in 1972.

‘Honestly, she has no business lecturing anyone on what qualifies as offensive,’ Kelly said on her show.

‘Plastic surgery is tough to ignore,’ she added. 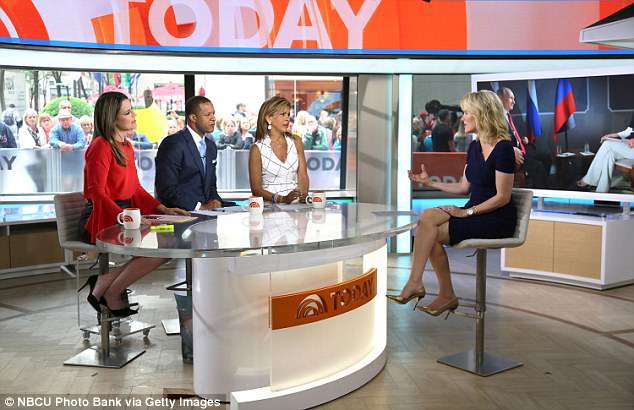 Since Matt Lauer’s departure, Megyn Kelly (above on set of Today) is now the highest paid on-air personality of NBC 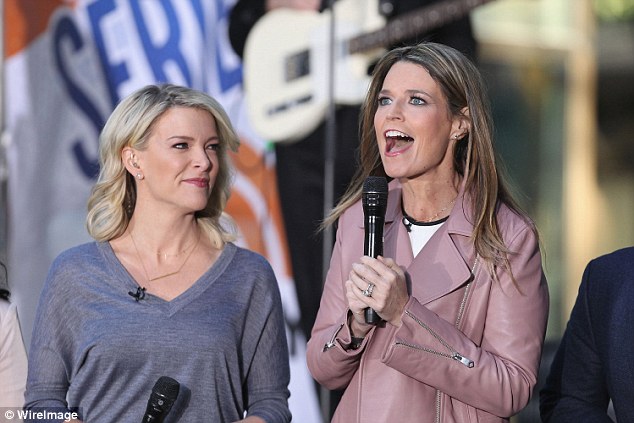 Kelly, above with Today Show host Savannah Guthrie last October, is reportedly mean to staffers and co-workers on her show, particularly to women 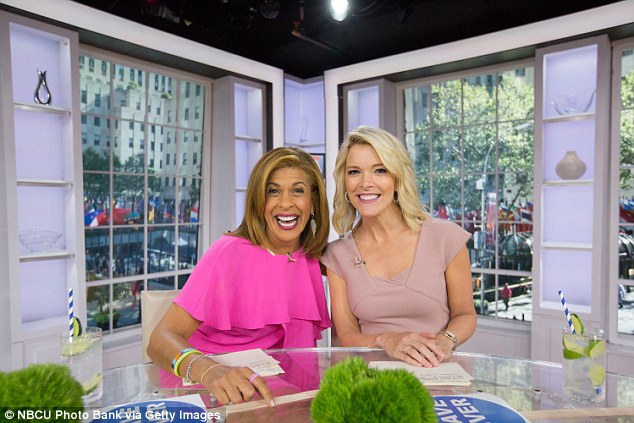 Megyn, above with Today Show host Hoda Kotb, has been described by sources as a ‘loose cannon’

According to a NBC show contributor, producers avoid mentioning Kelly’s name when attempting to book celebrity guests after the Fonda jab.

‘The atmosphere is really negative . . . [producers] just want to get through this,’ the source said.

Will & Grace star Debra Messing has also publicly stated that she regretted going on Kelly’s show.

On the program Kelly asking questions asking if it was ‘true that you became a lawyer – and you became gay – because of Will?’ on air.

Kelly’s actions are a huge contrast from her attempts to change her sharp political persona from Fox, into a more warm morning show host at NBC – embracing cooking and weight-loss segments in her programming.

Sources say however that she is viewed as ‘unrelatable’ for morning viewership.

‘You take someone who had a show . . . on Fox about politics and then you say, “Well that wasn’t really me.” That’s ridiculous,’ TV producer Shelley Ross said to Page Six.

Ross lobbied to be an Executive Producer on Kelly’s show but was not considered, according to a NBC source.

One celebrity described her as a ‘loose cannon’ and doesn’t advice clients to go on the show.

‘She’s a little rough around the edges for the Today Show. It’s my job to be smart and plan and I don’t think she’s a smart move,’ the anonymous publicist said.

‘I won’t even let my NBC talent go on her show. She’s a loose cannon,’ the publicist added.