Megyn Kelly says she was threatened just like Stormy Daniels

Megyn Kelly has waded into the Stormy Daniels-Donald Trump saga by claiming she too was threatened by the President’s people.

In the fallout of the interview, Kelly came out to claim the Republican leader’s campaign manager Corey Lewandowski tried to get her removed as a moderator for a 2D Fox News debate.

Megyn Kelly, pictured hosting Megyn Kelly Today, has come out to claim she too has been a victim of Donald Trump’s people 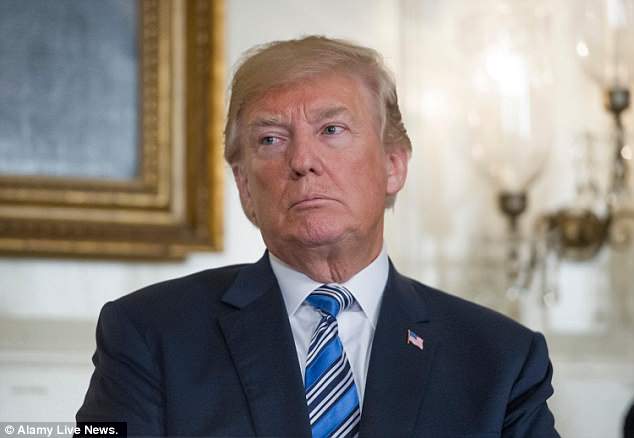 Megyn Kelly has waded into the Stormy Daniels-Donald Trump (pictured) saga by claiming she too was threatened by the President’s people. 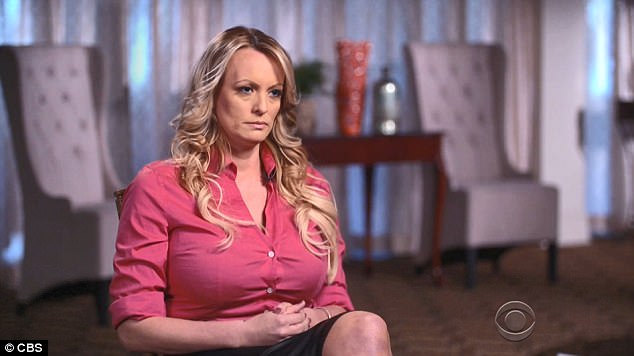 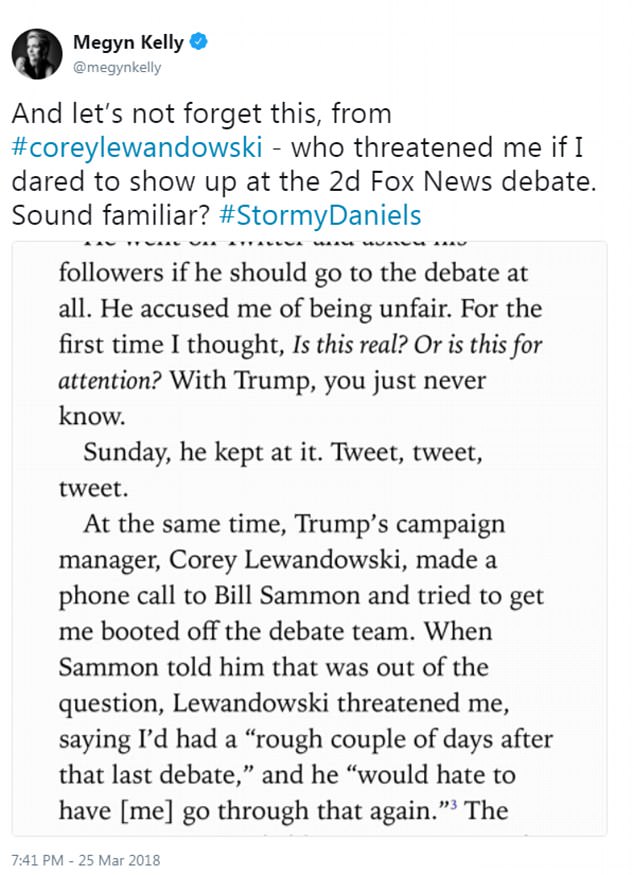 As the world dissected the stunning interview, Kelly tweeted: ‘And let’s not forget this, from #coreylewandowski — who threatened me if I dared to show up at the 2d Fox News debate. Sound familiar?’ 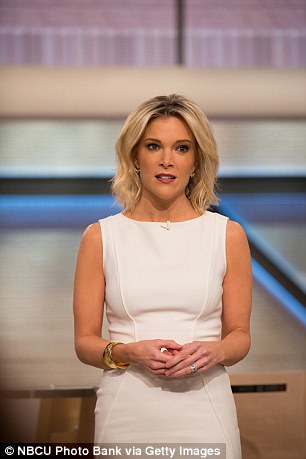 Along with the post, she posted an excerpt from her Settle for More book released in 2016.

The book reads: ‘Out of the blue, he threatened me not to come.

‘He went on Twitter and asked his followers if he should go to the debate at all. He accused me of being unfair.

‘For the first time I thought, “Is this real? Or is this for attention?” With Trump, you just never know. Sunday, he kept at it. Tweet, tweet, tweet.

‘At the same time, Trump’s campaign manager, Corey Lewandowski, made a phone call to Bill Sammon (Fox News editor) and tried to get me booted off the debate team.

‘When Sammon told him it was out of the question, Lewandowski threatened me, saying I’d had a “rough couple of days after the last debate,’ and he “would hate to have [me] go through that again”.

‘The tone was unmistakable. Sammon warned Lewandowski that he was out of line.

‘I was far from the only woman or reporter Lewandowski had threatened.’

‘No, I never have,’ Lewandowski replied when asked the question by NBC’s Chuck Todd for Sunday’s Meet the Press.

In the aftermath of the Rob Porter scandal, Vanity Fair reported that Lewandowski had phoned Trump and recommended that he ax Kelly.

On Sunday, Lewandowski called Kelly an ‘American patriot’ and said he’s done a ‘fantastic job serving his country,’ when it was mentioned how the idea of firing Kelly was often attributed to Lewandowski.

‘He has recognized how difficult a job it is to be the chief of staff to the president of the United States,’ the former top Trump aide said.

‘And and I don’t believe it’s General Kelly’s job to manage the president. His job is to manage the staff. And that’s what he has been doing.’ 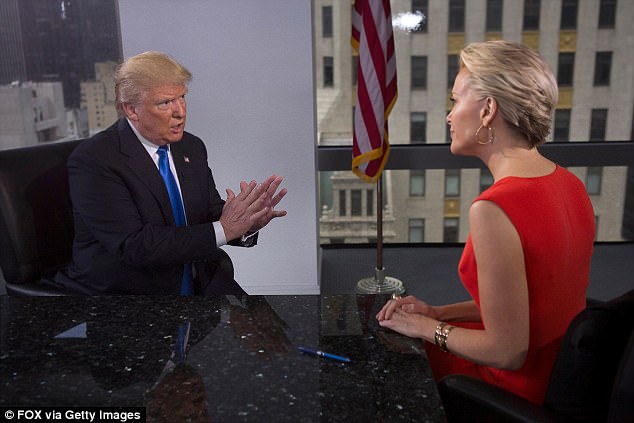 Kelly and Trump sparred in the build-up to the the Republican earning his seat in the Oval Office. But one of the great feuds of the 2016 elections came to an abrupt end and in May and this interview ended up with cute quips about exchanging cell phone numbers

Kelly and Trump sparred in the build-up to the the Republican earning his seat in the Oval Office.

The journalist had called out the property tycoon over his sexist comments and he held nothing back in responding.

Trump tweeted in January 2016 at the height of their feud: ‘I refuse to call Megyn Kelly a bimbo, because that would not be politically correct. Instead I will only call her a lightweight reporter.’

The tit-for-tat continued until the pair sat down in May, but sparks did not fly.

One of the great feuds of the 2016 elections came to an abrupt end and the interview ended up with cute quips about exchanging cell phone numbers.

Trump said he didn’t mean to call Kelly a ‘bimbo’, then showed slight contrition for dragging Ted Cruz’s wife into his rivalry with the senator during the race for the GOP nomination.

The pair performed the interview seated across from each other on the Republican presumptive nominee’s turf inside Trump Tower in Manhattan. 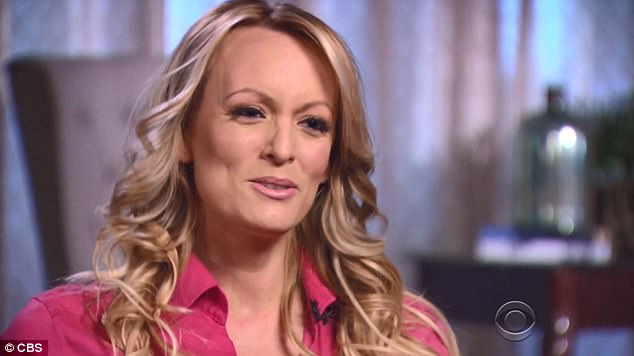 According to Daniels, she agreed to tell her story about her tryst with Donald Trump to a sister publication of In Touch magazine for $15,000 dollars

The Kelly revelation comes after an extraordinary interview by Stormy Daniels, who described the moment she and her infant daughter were threatened by a mystery man to keep quiet after she told a magazine about her tryst with Donald Trump.

Daniels appeared on ’60 Minutes’ on Sunday night in a highly-anticipated interview with Anderson Cooper.

The 39-year-old, whose real name is Stephanie Clifford, said the man approached in a parking lot in Las Vegas her as she prepared for a fitness class and said: ‘Leave Trump alone. Forget the story.’

‘And then he leaned around and looked at my daughter and said: “That’s a beautiful little girl. It’d be a shame if something happened to her mom.” And then he was gone,’ she added.

She was holding a bag of diapers and trying to put her daughter in a car seat at the time.

According to Daniels, the altercation took place after she agreed to tell her story to a sister publication of In Touch magazine for $15,000 dollars in 2011. 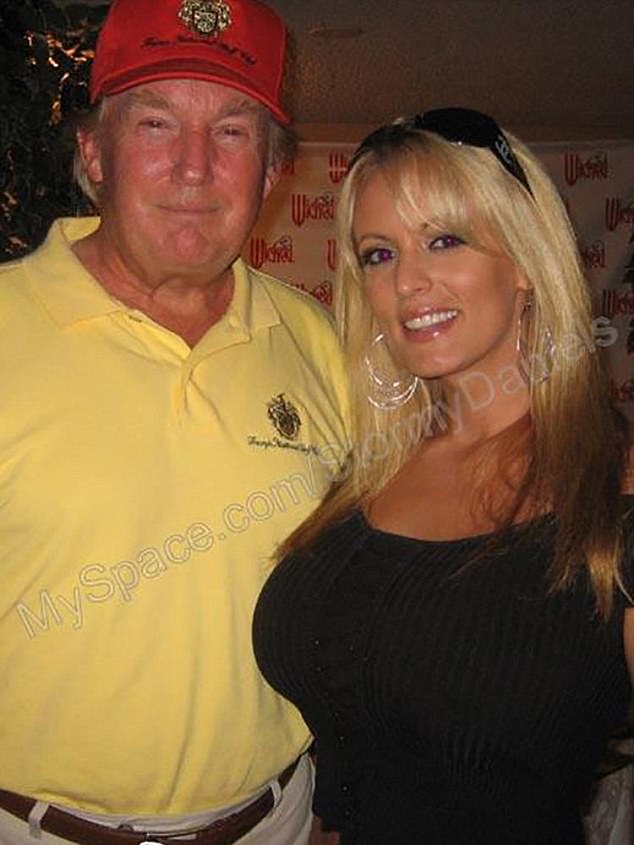 The 39-year-old, whose real name is Stephanie Clifford, said the affair began after the two m t in July 2006 at a celebrity golf tournament in Lake Tahoe

Daniels said that following the conversation she was rattled and that, when she got to the workout class, her hands are shaking so much she was scared she was going to drop her daughter.

She told Cooper that she’s never forgotten the face of the man who threatened her and that she’d recognize it today.

She added that she never went to police because was too scared.

She publicly denied having an affair with Trump for multiple years and signed a non-disclosure agreement before going public.

Daniels has gone to great lengths to keep her seven-year-old daughter out of the mainstream media and never shares photos of her on social media.