Mel Doyle speaks about decision to lose weight on Sunrise

She’s the former Sunrise host who famously transformed her figure after quitting breakfast TV and dropping 10kgs in 2013.

And Melissa Doyle, 47, has spoken about her decision to focus on her weight despite the pressures of tough working hours and a hectic family schedule.

‘It was only a few kilos. But i was working shift work, with two small children and not exercising as much as I should have been,’ she told The Australian Women’s Weekly.

‘There are lots of women in that situation. But mine happened to be more public’: Melissa Doyle, 47, has spoken about her decision to focus on her weight despite the pressures of tough working hours and a hectic family schedule

‘There are lots of women in that situation. But mine happened to be more public,’ she explained.

While Melissa revealed that she still visits the gym regularly, she admitted that her priorities have now changed from losing weight to gaining strength.

‘I do weights because I hear a lot about bone density and bone strength, and frankly I won’t want to have tuck shop arms.’

Melissa explained that she hits the treadmill at home regularly and tries to sweat it out for at least an hour a day.

The mother-of-two went on to advocate for eating a balanced diet rather than restricting calories.

‘Food is one of life’s great joys. I’m not a kale eater. I need hearty food. I need proper food. I couldn’t do a liquid meal,’ she said.

Taking it’s toll: The early morning starts for the former breakfast presenter left the blonde beauty snacking at all hours to keep up her energy

Speaking to Who about the secret behind her fit and fabulous new figure, Melissa explained: ‘It’s taken me years to realise diets don’t work. I’ve finally learnt what works best for me’.

The five foot ten star said that she sticks to three meals a day rather than inulging in constant snacking.

When she does get peckish, she reaches for dried fruit and nuts rather than sugary snacks. 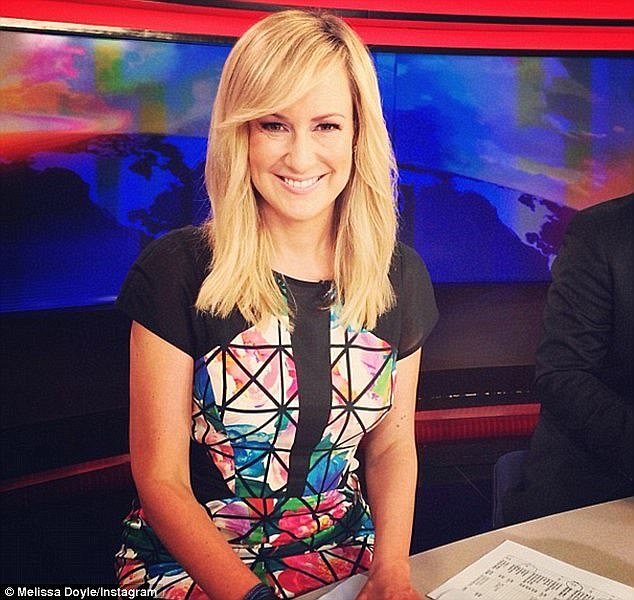