Melania admits ‘people are skeptical’ of her fighting cyber-bullies

First lady Melania Trump said she was aware of the raised-eyebrows she would receive when announcing she would take up the cause of cyber-bullying prevention.

She’s married to the nation’s most prominent, and often hostile, tweeter, after all.

‘I am aware that people are skeptical of me discussing this topic,’ the first lady said during a cyber safety discussion at the White House Tuesday, the first of its kind hosted by FLOTUS.

‘I have been criticized for my commitment to tackling this issue, and I know that will continue, but it will not stop me from doing what I know is right,’ she added.

The first lady had invited representatives from the top tech companies to speak to her at the White House, as she aimed to encourage ‘positive behaviors on social media.’

Meanwhile, the president had given the first lady a reprieve, tweeting only about it being National Agriculture Day, after spending the weekend whacking the trio of Special Counsel Robert Mueller, newly-fired former FBI Deputy Director Andrew McCabe and ex-FBI Director James Comey on Twitter. 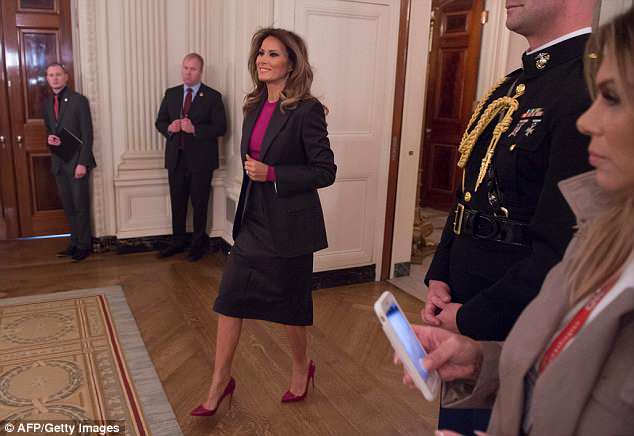 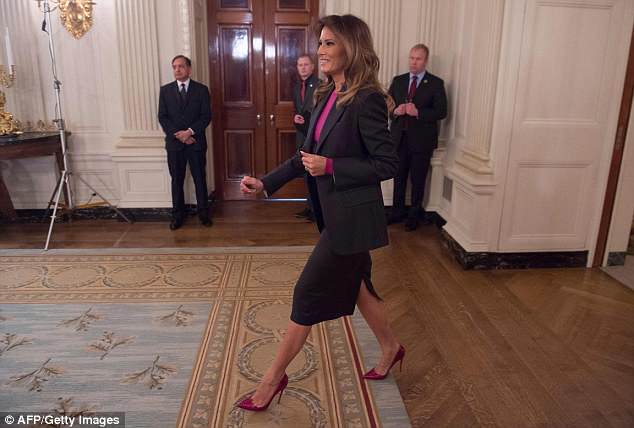 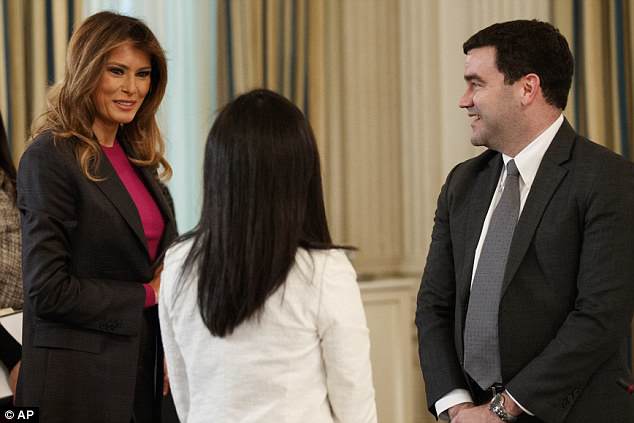 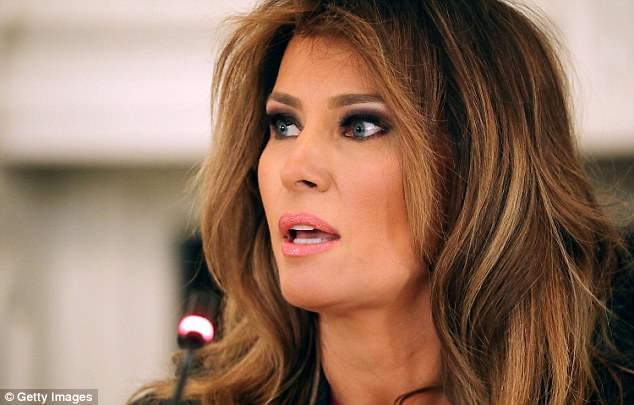 FLOTUS said she recognized ‘people are skeptical’ of her decision to take up cyber bullying-prevention, a comment usually made by people looking to her husband’s Twitter account 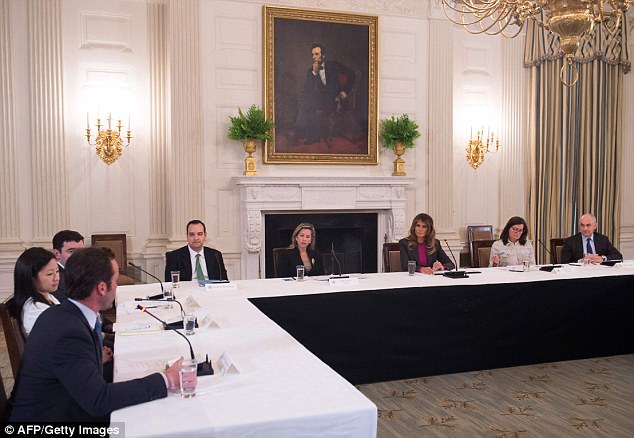 She affectionately walked to Marine One alongside the president yesterday as the two voyaged to Manchester, New Hampshire, to talk about the opioid crisis, another issue that the first lady has taken up.

And then on Tuesday, she invited representatives from Amazon, Facebook, Google, Microsoft, Twitter, Snapchat and the Family Online Safety Institute to discuss how children can use the internet better, along with the effects technology can have on them.

‘I am here with one goal: helping children and our next generation,’ the first lady said.

‘In my role as first lady, I receive many letters from children who have been bullied or feel threatened on social media,’ she also noted.

She first floated cyber-bullying prevention would be part of her issue set in the waning days of the 2016 presidential campaign.

With crowds curious about who might become the country’s next first lady, Melania Trump delivered a short speech at an athletic center outside of Philadelphia, Pennsylvania, a state that President Trump would win five days later.

‘Technology has changed our universe, but like anything that is powerful it can have a bad side,’ Melania Trump said at the time. ‘As adults, many of us are able to handle mean words, even lies.’

Kids though, she continued, ‘are hurt when they are made fun or feel less in looks or intelligence,’ the candidate’s wife added.

Since that speech it has been a waiting game to see if the first lady would actually address the issue of an unsafe internet.

Melania Trump has devoted much of her time to doing work with children, touring hospitals in both the U.S. and abroad, while specifically expressing interest in how the opioid crisis has affected infants.

As of late, she’s also shown support for the high school students who are protesting for stricter gun laws in the aftermath of the Parkland, Florida school shooting.

‘I have been heartened to see children across this country using their voices to speak out and try to create change,’ the first lady said at a White House luncheon with governors’ spouses last month. ‘They’re our future and they deserve a voice.’

On Tuesday, she offered her thoughts and prayers to those affected by the a.m. shooting at a school in Great Mills, Maryland.

‘These events are becoming far too common,’ the first lady said.