Melania hits back at librarian who rejected her donation

The Massachusetts school librarian who rejected Melania Trump’s book donation, saying Dr. Suess books are ‘steeped in racist propaganda’, dressed up as The Cat in the Hat two years ago.

The caption from the Cambridgeport School Specialists Twitter account revealed she was celebrating Dr. Suess’s birthday with a ‘Green Eggs and Ham’ breakfast.

The First Lady criticized Soeiro for rejecting her donation of nearly a dozen books.

‘She has demonstrated this in both actions and words since her husband took office, and sending books to children across the country is but one example,’ the first lady’s spokeswoman Stephanie Grisham told The Hill in a statement.

‘To turn the gesture of sending young students some books into something divisive is unfortunate.’

The White House earlier this month announced that one school from each state would receive a shipment of Dr. Seuss books as part of National Read a Book Day.

But Soeiro said her school did not need the books in an open letter on the Horn Book blog website.

She described the Dr. Seuss books donated to the school as ‘steeped in racist propaganda, caricatures, and harmful stereotypes.’ 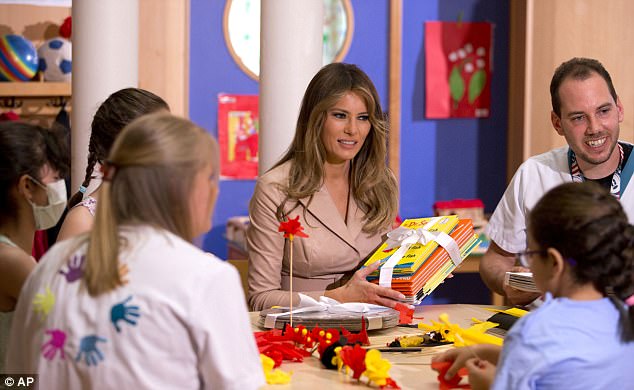 The First Lady’s gesture was part of White House initiative dubbed ‘National Read a Book Day’ (Pictured: May 25, 2017) Her spokeswoman said it was unfortunate that Cambridgeport Elementary School librarian Liz Phipps Soeiro turned the donation into ‘something divisive’ 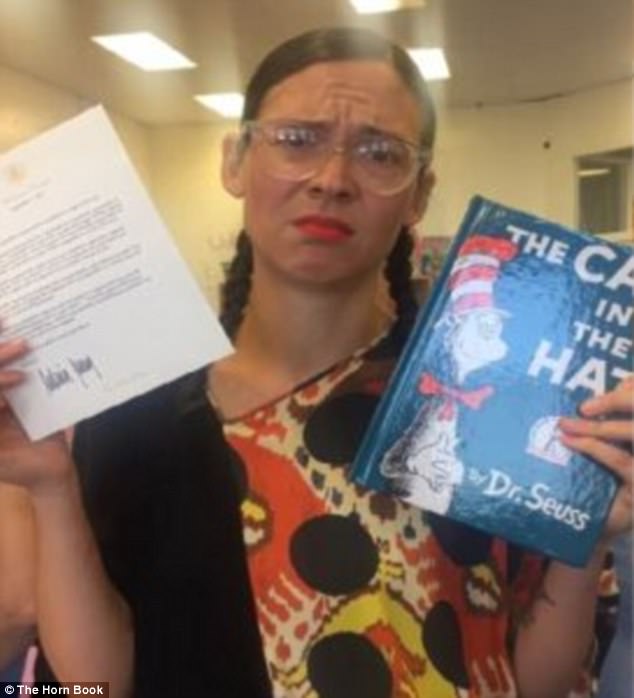 Along with the donation came a letter from the First Lady, which emphasized to students that receiving ‘an education is perhaps the most important and wondrous opportunity of your young lives’.

‘Remember,’ the letter says, ‘the key to achieving you dreams begins with learning to read. Find what you enjoy, anything that interests you, and read about it.’

‘Never stop learning and challenging yourself, and never give up on your dreams,’ the letter concludes.

Soeiro, whose school represents Massachusetts in the initiative, said on Thursday that her award winning library wasn’t in need of the literature. 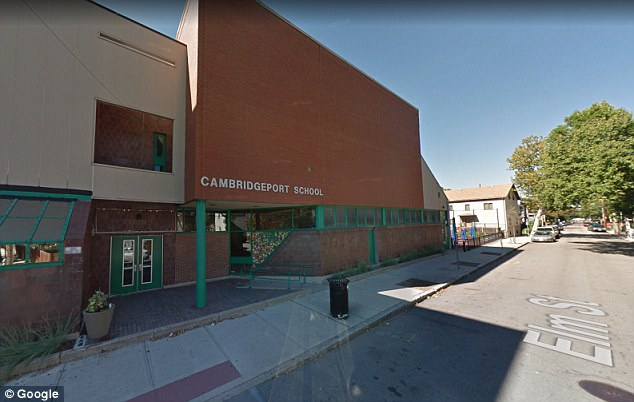 ‘My students have access to a school library with over nine thousand volumes and a librarian with a graduate degree in library science,’ Phipps Soeiro wrote.

‘You may not be aware of this, but Dr. Seuss is a bit of a cliché, a tired and worn ambassador for children’s literature. As First Lady of the United States, you have an incredible platform with world-class resources at your fingertips,’ she wrote.

The elementary school employee also took a jab at the Trump administration’s education policy, specifically striking out against Betsy DaVos.

‘Why not go out of your way to gift books to underfunded and underprivileged communities that continue to be marginalized and maligned by policies put in place by Secretary of Education Betsy DeVos?’ she wrote. 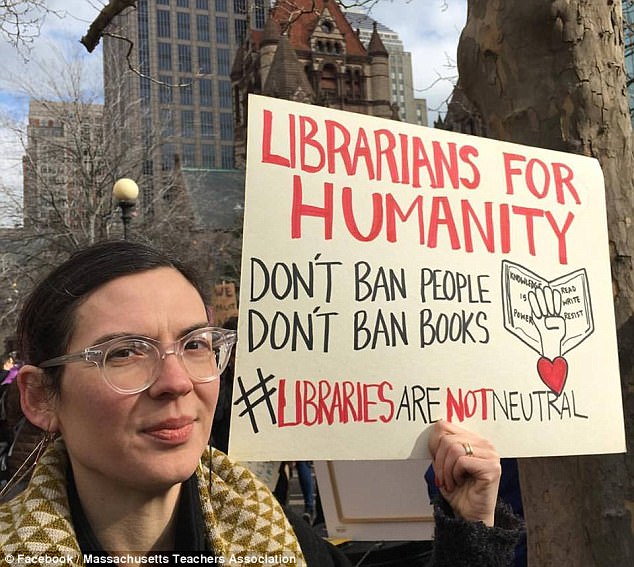 She called Dr. Seuss cliché, tired and a worn ambassador for children’s literature and said children in less fortunate schools were more deserving

Phipps Soeiro continues by claiming that ‘cities like Philadelphia, Chicago, and Detroit are suffering through expansion privatization, and school “choice” with no interest in outcomes of children, their families, their teachers and their schools.’

She then asks: ‘Are those kids any less deserving of books simply because of circumstances beyond their control?’

‘We have counseled the employee on all relevant policies, including the policy against public resources being used for political purposes,’ the district wrote in a statement. 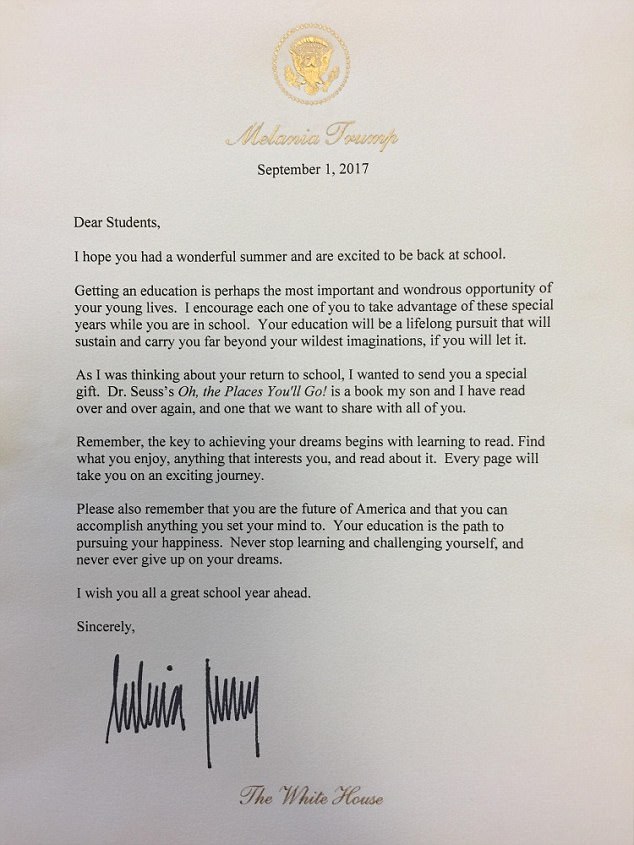 Along with the donation came a letter from Melania Trump, which emphasized the importance of education and reading