Melania Trump acknowledged the conspiracy theories around her disappearance in a tweet on Wednesday but offered no photographic evidence of her presence, meaning the speculation about her absence will likely continue.

‘I see the media is working overtime speculating where I am & what I’m doing,’ she wrote.

She said she is at the White House, ‘feeling great, & working hard on behalf of children & the American people!’

The first lady was spotted in the West Wing of the White House on Wednesday afternoon.

CNBC White House reporter Eamon Javers tweeted Thursday that he had spotted Melania Trump in the West Wing with her aides the day before.

He offered no other details nor a photo of the spotting.

He admitted this was unlikely to ‘deter the conspiracy theorists.’

The first lady offered no photographic evidence of her presence. 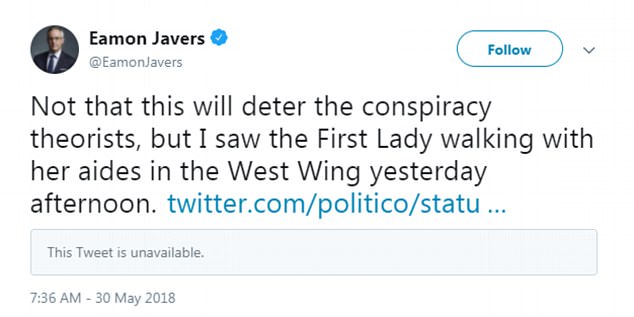 He offered no other details nor a photo of the spotting. 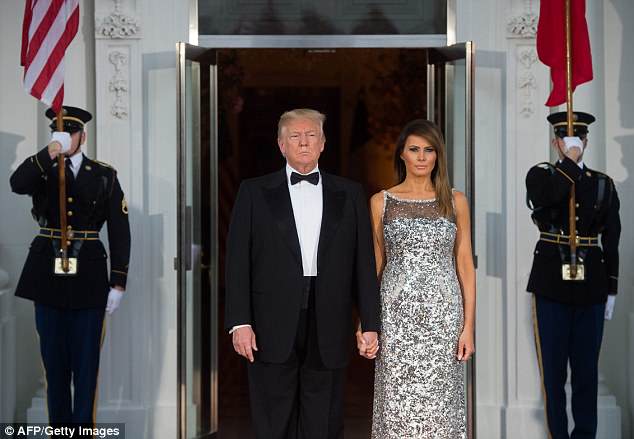 Wednesday marked 19 days since the first lady had been seen in public since her kidney surgery on Monday, May 14.

Wednesday marked 19 days since the first lady had been seen in public since her kidney surgery on Monday, May 14.

Politico reported Wednesday there are a variety of conspiracy theories being banded about given her absence: She’s moved back to New York City, she’s cooperating with special counsel Robert Mueller, she’s living with the Obamas, working on a tell-all book or she had a secret nip and tuck that she’s healing from.

Melania Trump is taking meetings with her staff, her office told the DailyMail.com on Wednesday.

‘She has had several meetings internally with staff, and will continue to do so this week. We are focusing on her initiatives, and also some longer term planning for events such as the congressional picnic and 4th of July,’ her spokesperson Stephanie Grisham said in a statement.

But she offered no indications when Melania Trump may be seen in public again.

Politico reported the silence is a directive from the first lady, who values her privacy.

There’s also a notable lack of photos of the first lady with no pictures being posted of her meetings with staff.

Melania Trump herself has posted videos on social media of her work, such as one posted about the White House holiday decorations in December and another on her preparations for the first state dinner in April.

But there has been nothing about her recently, leading to questions about why she spent a week in the hospital for an embolization procedure and her prolonged recovery at home.

No date has been set for this year’s congressional picnic but last year’s took place on June 22 on the White House South Lawn. The White House traditionally hosts a big Fourth of July celebration.

If the first lady isn’t planning on appearing in public until then, that’s nearly a month away.

‘She’s doing great. Right there. She’s doing great,’ he said on the White House lawn last Friday morning before he left to give the commencement address at the U.S. Naval Academy in Annapolis, Maryland. 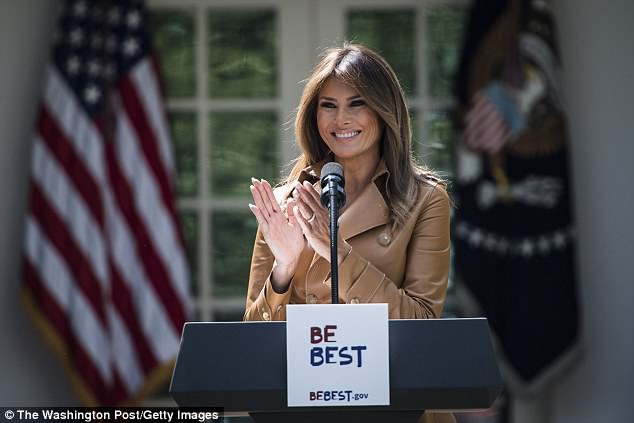 President Trump has said Melania Trump is ‘doing great’ after her surgery. 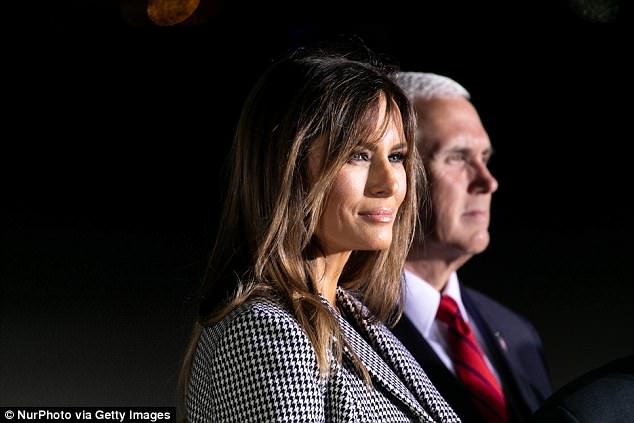 Melania Trump’s last public appearance was on May 10 when she accompanied the president to Joint Base Andrews to greet three North Korean detainees on the tarmac after they were released the evening before.

‘She’s looking at us, right there,’ he added and pointed to a window in the White House residence above him.

The first lady was not visible to reporters on the ground.

She underwent an embolization procedure on Monday, May 14, likely to remove a cyst from her kidney. Her office said it was benign, or non-cancerous.

She spent a week in the hospital recovering, returning to the White House on Saturday, May 19.

Her last public appearance was on May 10 when she accompanied the president to Joint Base Andrews to greet three North Korean detainees on the tarmac after they were released the evening before.

The day before she and the president celebrated military mothers at the White House ahead of Mother’s Day weekend.

And she had announced her Be Best campaign against social media bullying two days before that.

While she hasn’t been visible in public, she has been a presence on social media.

On Monday, she tweeted her thanks to service members and their families in honor of Memorial Day.

It’s unknown if the first lady, who is an active presence on social media, wrote those posts or if they were written by staff.