Melania ‘ordered staff to wear face masks’ and ‘work from home’, White House source claims – revealing the First Lady was ‘perplexed’ that so many of Trump’s aides failed to follow CDC safety measures

Melania Trump implemented several strict safety measures among her staff amid the coronavirus pandemic – including mandating face masks – and was shocked to see her husband’s aides failing to take the same precautions, a new report has claimed.

The 50-year-old First Lady, who tested positive for COVID-19 on October 1, along with her husband and their 14-year-old son Barron, took several steps to protect herself and her aides in the East Wing, a source told Bloomberg –  adding that Melania was ‘perplexed’ to so many of the President’s staff members without face masks.

According to the report, Melania asked an aide, ‘What’s wrong with these people?’ on one occasion when she and Trump were traveling on Air Force One and she realized that nobody around them was wearing a face mask.

Safety first: Melania Trump ‘ordered’ her staff to wear face masks in the office, and urged them to work from home wherever possible amid the pandemic, a White House source has claimed 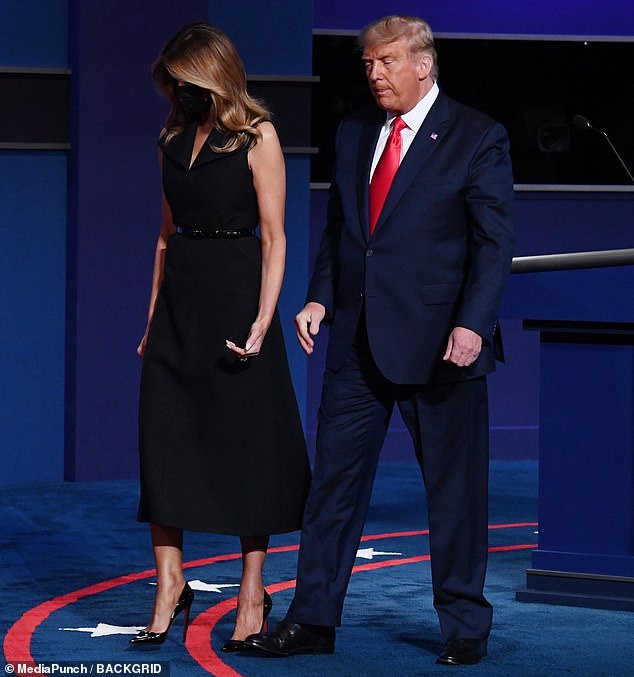 Divided? The First Lady, who is pictured with Trump on October 22, was ‘perplexed’ that so many of her husband’s aides failed to wear protective face coverings, Bloomberg reported

‘On one trip, when she boarded Marine One, she was perplexed to see none of the president’s aides wearing masks, according to people familiar with the incident,’ Bloomberg’s report claims.

‘Aboard the president’s plane on another journey, she asked if masks would be worn and was told yes. But as the first lady walked to the conference room to greet some members of Congress, no one she passed had a face covering.’

Although it is not known which trips the source was referring to specifically, numerous images show some of Trump’s closest aides – including Hope Hicks and Jared Kushner – traveling with the President while going maskless.

On September 30, hours before Hope, 31, was confirmed to have contracted the novel virus, she was seen boarding Marine One alongside Ivanka’s husband Jared, with neither of them wearing face masks.

She later traveled to a rally in Minnesota with the President aboard Air Force One and Marine One, and began experiencing symptoms upon her return to Washington, D.C. it was reported. Hope was quarantined away from the other people on the plane, and was tested as soon as they landed. 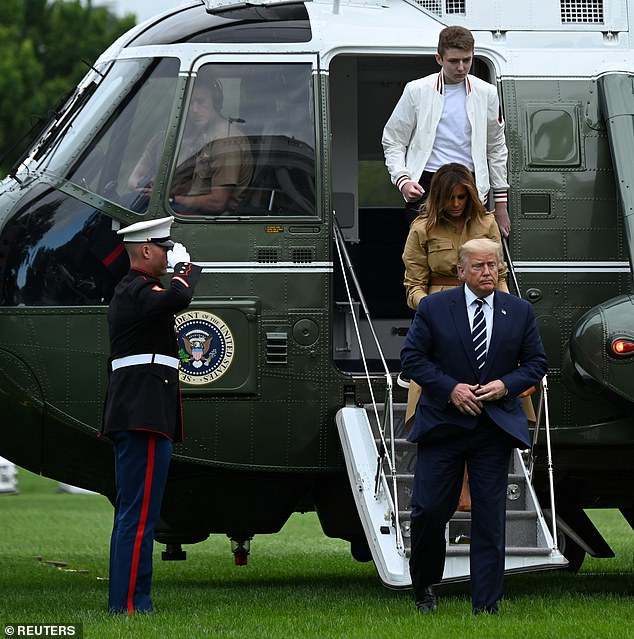 Upset: Melania, 50, was reportedly shocked that none of Trump’s team wore face masks during trips on Marine One and Air Force One. She is pictured leaving Marine One on August 16 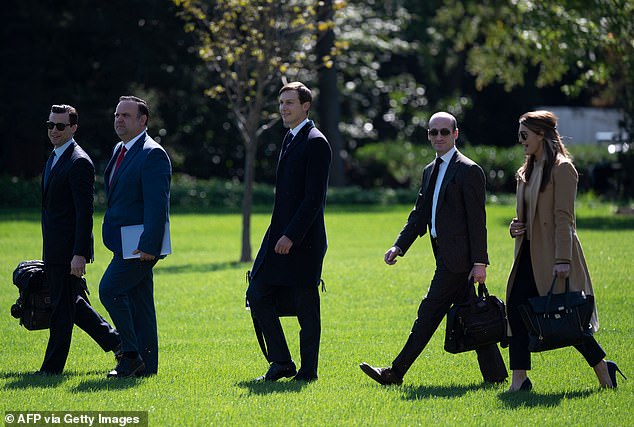 Trouble: Many of the President’s closest aides were photographed without face masks while traveling with Trump, including Hope Hicks (right) who later tested positive for COVID-19

In light of the lax attitude towards the CDC’s recommended safety measures within her husband’s team, Melania reportedly took her own precautions when it came to protecting her own staff, including ‘limiting the number of aides traveling with her’ on the President’s plane.