Melania Trump returns Mar-a-Lago to be with Barron after whirlwind three days with Trump at White House and visit to U.S. troops in Iraq

Melania Trump is headed back to Florida Thursday evening to be with her son Barron at Mar-a-Lago, her office said, after a whirlwind visit to Iraq.

The first lady spent three days over Christmas with her husband at the White House and then joined him on 29-hour trip to Iraq to visit U.S. troops stationed abroad.

President Donald Trump remains at the White House where he elected to stay during the partial government shutdown. 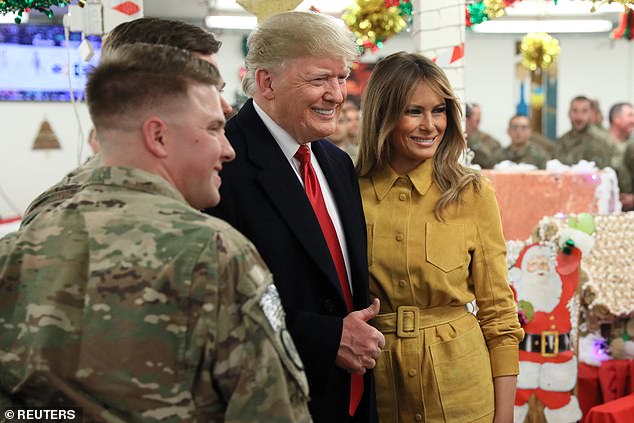 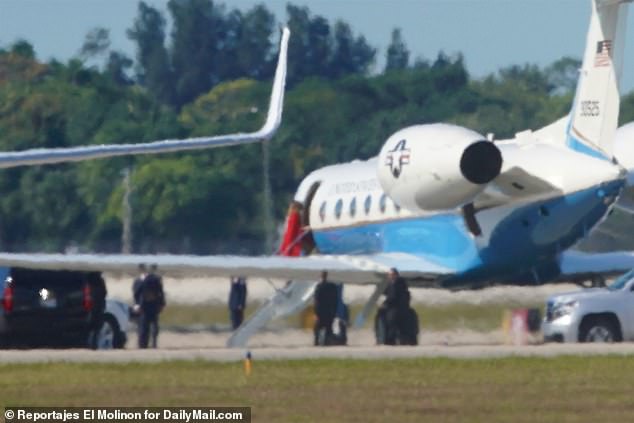 The first family was originally to spend 16 days at the Summer White House, as Mar-a-Lago is known but plans changed with the shut down.

The White House announced over the weekend President Trump would stay at the White House and the first lady, who was already in Florida that point, would return to spend the holidays with him.

She flew from Florida on Monday solo, with the couple’s 12-year-old son remaining at Mar-a-Lago.

It’s unknown how long she and Barron will remain in Florida.

On Christmas Eve the president and the first lady took calls from children phoning into NORAD’s Santa tracker.

She told one caller Santa was in the Sahara. 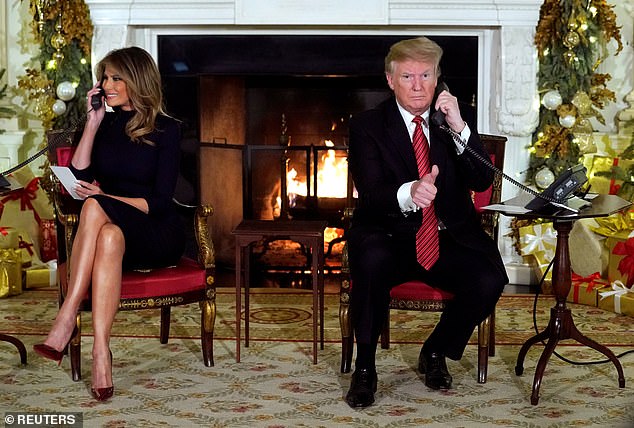 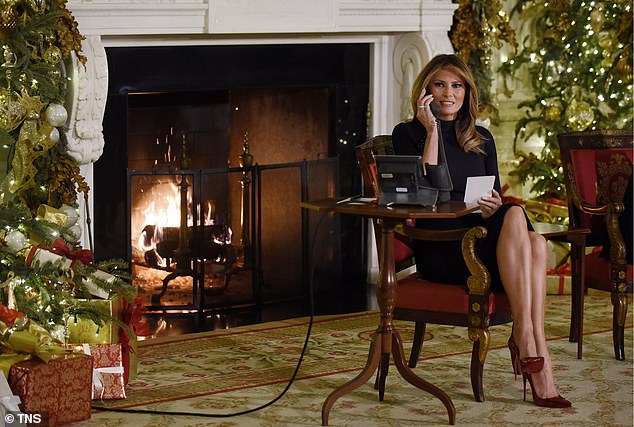 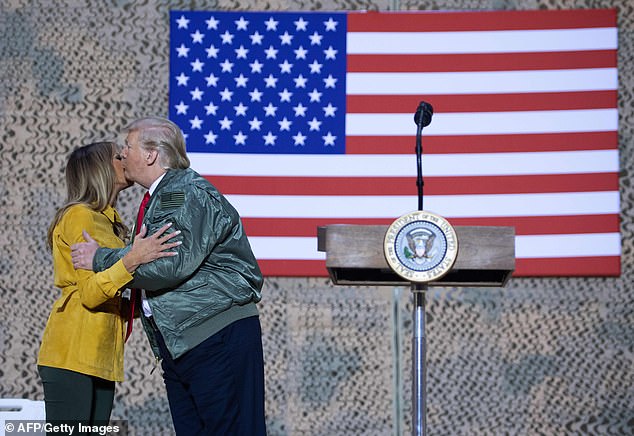 The first couple then attended Christmas Eve mass at the National Cathedral.

He and Melania joined in singing Christmas hymns like ‘O Come, All Ye Faithful’ at the cathedral that bills the Christmas Eve Holy Eucharist as ‘one of the most beautiful services of the year’.

Later they slipped out of the White House to make a secret flight to Iraq to visit U.S. troops stationed abroad at Al Asad Airbase.

They took selfies with the troops and met with military leaders in Iraq.

Melania appeared to be in great spirits for the meet-and-greet, and stood beside her grinning husband as they took selfies with a handful of service members.

She clearly chose her outfit carefully for the occasion, dressing up plain black pants with the sunny military coat, a $995 Victoria Victoria Beckham find. 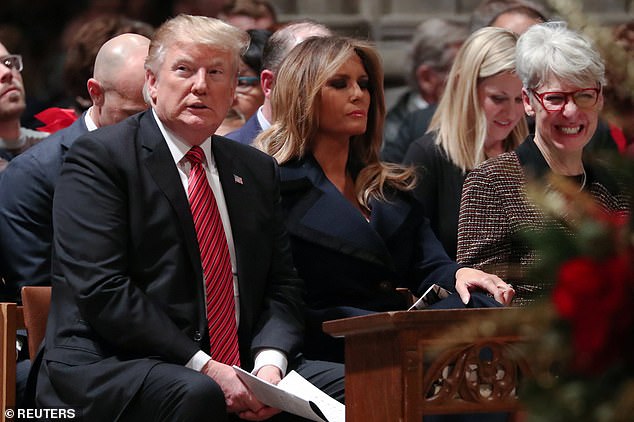 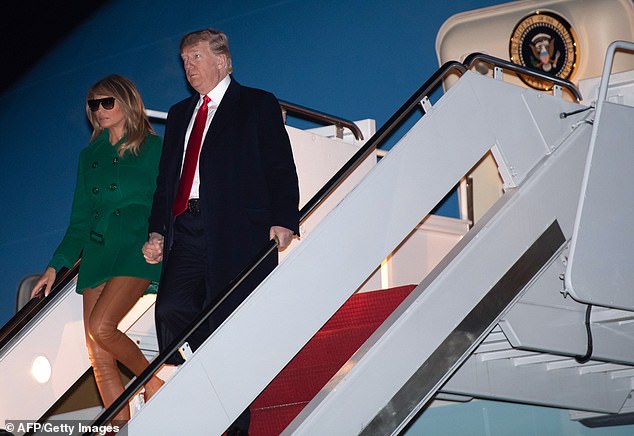 On the way home: The Trumps left Air Force One hand in hand after their trip to see the troops, which began late on Christmas evening 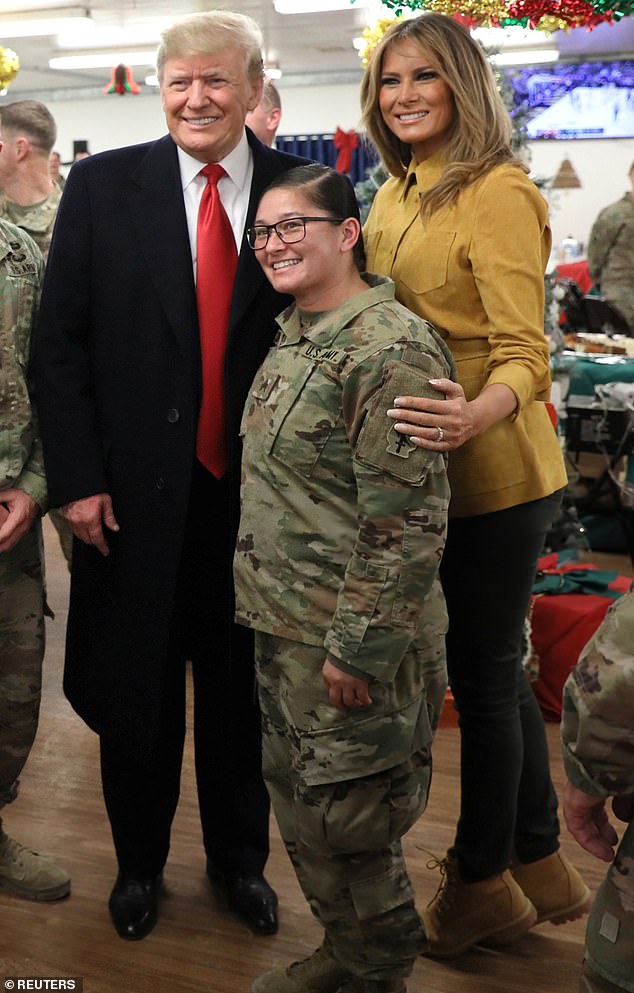 Not used to it? Though she wore a pair of flat hiking boots, she seemed unaccustomed to being out of heels and stood on her toes for a picture

Instead of heels, she favored a pair of flat, practical Timberland hiking boots – but seemed a tad unaccustomed to holding her feet in that position, and stood up on her tip-toes in the shoes for some pictures.

On the way back to the United States, they made their second unannounced visit to U.S. troops on the German base of Ramstein.