Melania Trump announced on Monday a renovation project for the White House Rose Garden – one of President Donald Trump’s favorite spots to hold press conferences – that will return the area to its origins in the Kennedy administration.

The first lady’s plan has the garden returning to its roots – how it looked when it was designed by Rachel Lambert ‘Bunny’ Mellon at the direction of President John F. Kennedy in 1962. Melania Trump often cites Jackie Kennedy as her inspiration for first lady.

‘Our country has seen difficult times before, but the White House and the Rose Garden have always stood as a symbol of our strength, resilience and continuity,’ Melania Trump said. 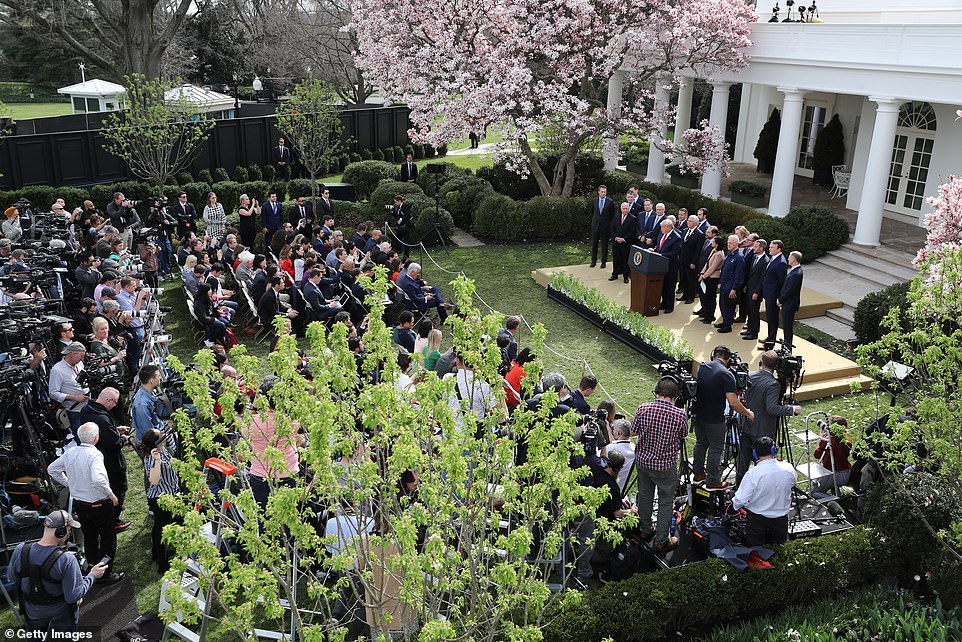 President Trump holds a press conference in the Rose Garden in March, where he spoke about the ongoing coronavirus pandemic 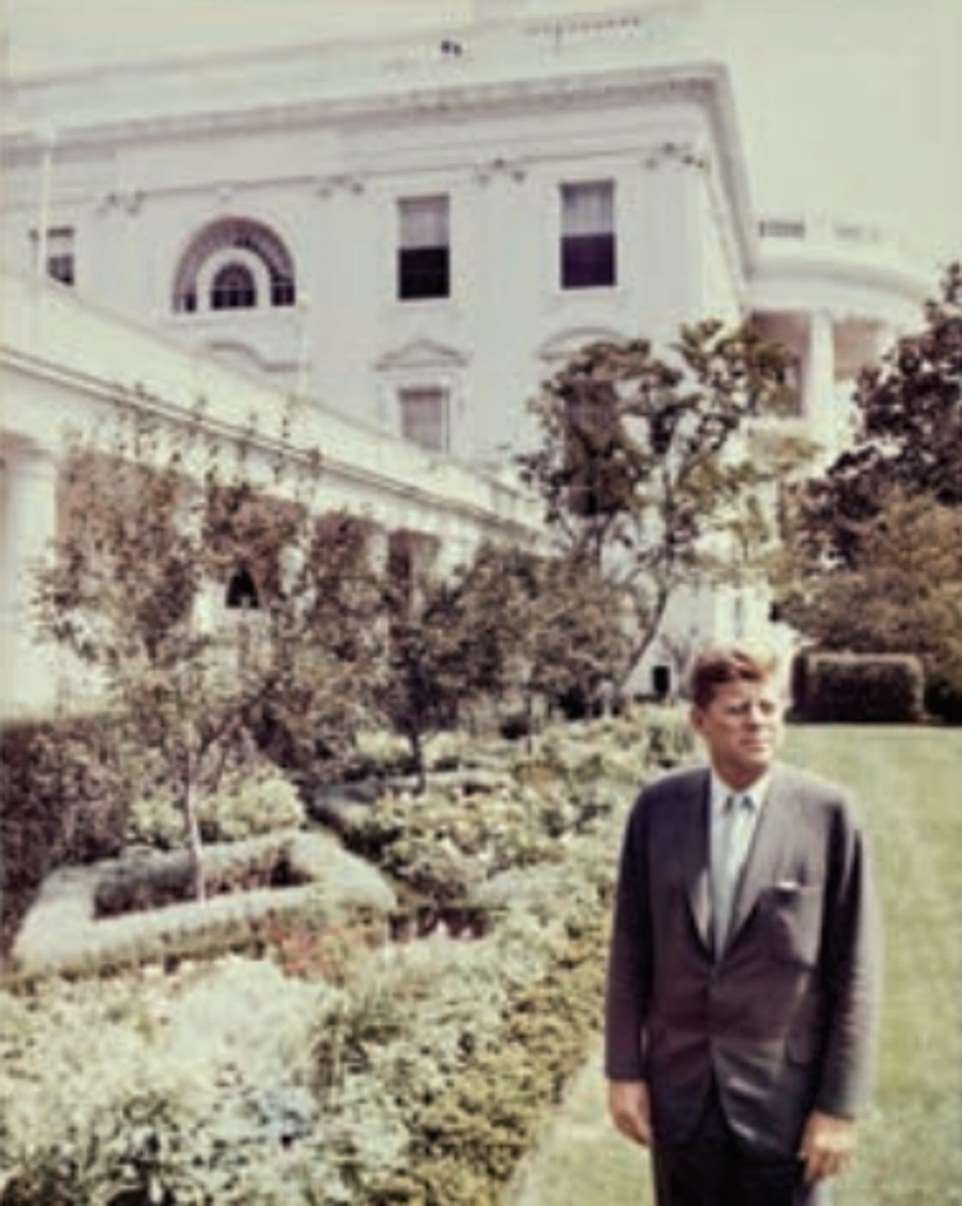 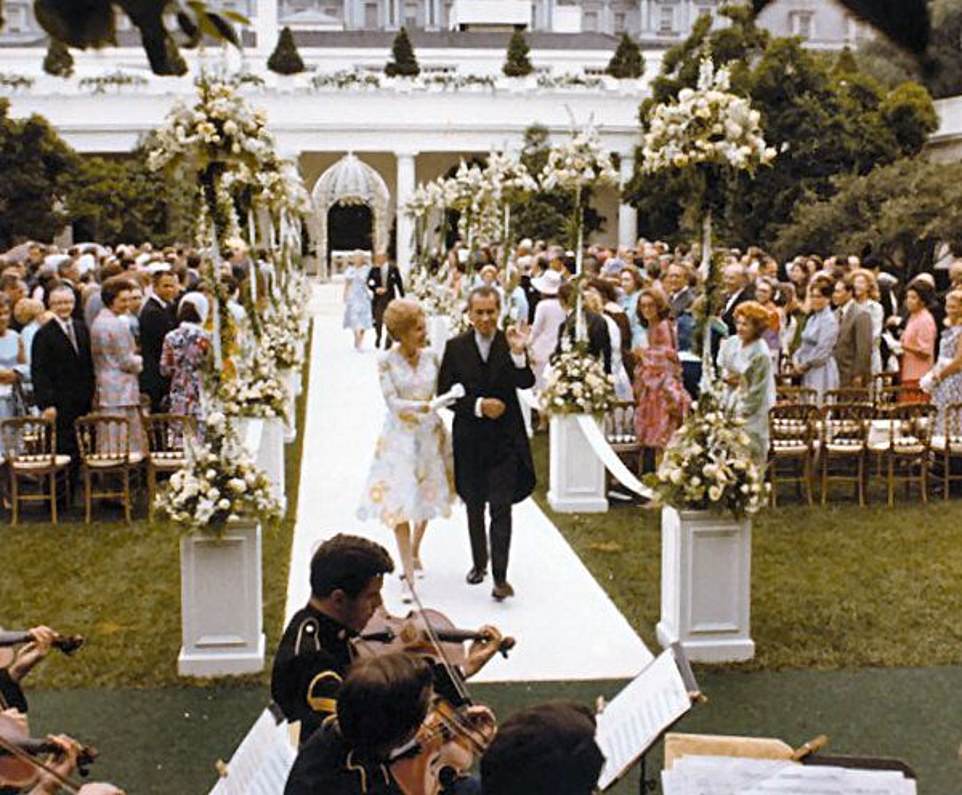 She launched her signature Be Best campaign in the Rose Garden in May 2018.

Work on the project began on Monday and will last about three weeks, a senior administration official told DailyMail.com.

The garden will be inaccessible during this time, cutting President Trump off from one of his favorite spots to announce executive actions and spar with reporters. He’s used the space to slam Democratic leaders and tout his ties with his political base, including religious leaders and members of the military.

During the coronavirus pandemic, the administration has made more use of the garden, where it is easy to fit several dozen people yet still maintain social distancing standards.

The Rose Garden was also the site of the September 2019 State Dinner for Australian Prime Minister Scott Morrison. Melania Trump personally oversaw the decoration and menu for the event, which took place on a crisp fall evening under the stars.

The renovation will be paid for by private donations – no tax payer money will be used. But the White House declined to release a list of donors with a senior administration official telling DailyMail.com the gifts were ‘private.’

The redesign will return the garden to its roots but also modernize it – upgrading electrical infrastructure for TV broadcasts and better drainage along with improved plans for Americans with Disabilities Act accessibility.

The plan, released by the East Wing, will also add two limestone walkways, one to the inner perimeter of the garden, and the second will stretch from the Palm Room to the south grounds.

The rotation of plants in the garden will be cut back and new roses – a white ‘J.F.K.’ variety and a pale pink ‘peace’ one – will be planted.

Melania Trump has undertaken many a renovation project during her tenure in the East Wing. She’s overseen the redesign of the White House bowling alley, freshened up decorations in the public rooms on the State floor – the Green Room, the Blue Room and the Red Room – and is installing a tennis pavilion on the White House grounds.

The White House Rose Garden – an area that is 125-foot long, 60-foot wide – sits outside the Oval Office on the West Wing of the executive mansion. It is maintained by the National Park Service.

Presidents have used the garden for a variety of events, including the announcement of Supreme Court justices, press conferences, state dinners and the annual pardoning of the Thanksgiving turkey. Tricia Nixon was married in the Rose Garden on June 12, 1971. 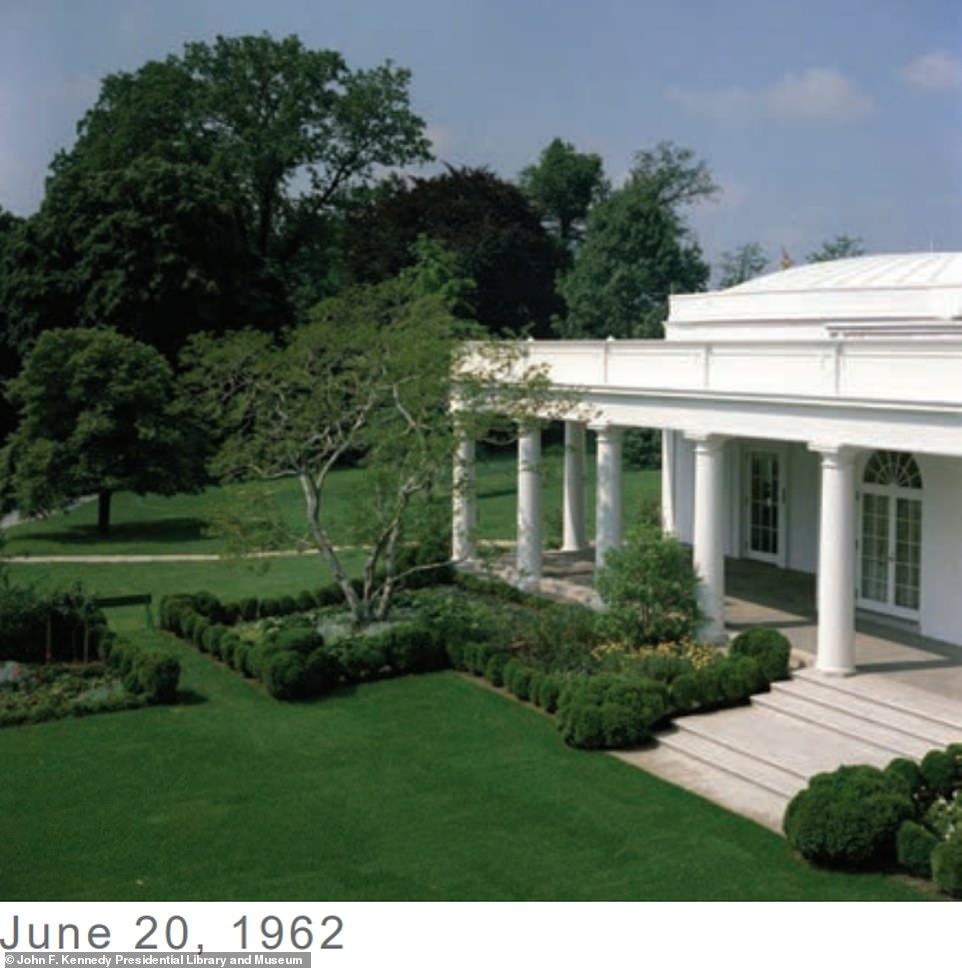 The White House Rose Garden in 1962 before its renovation 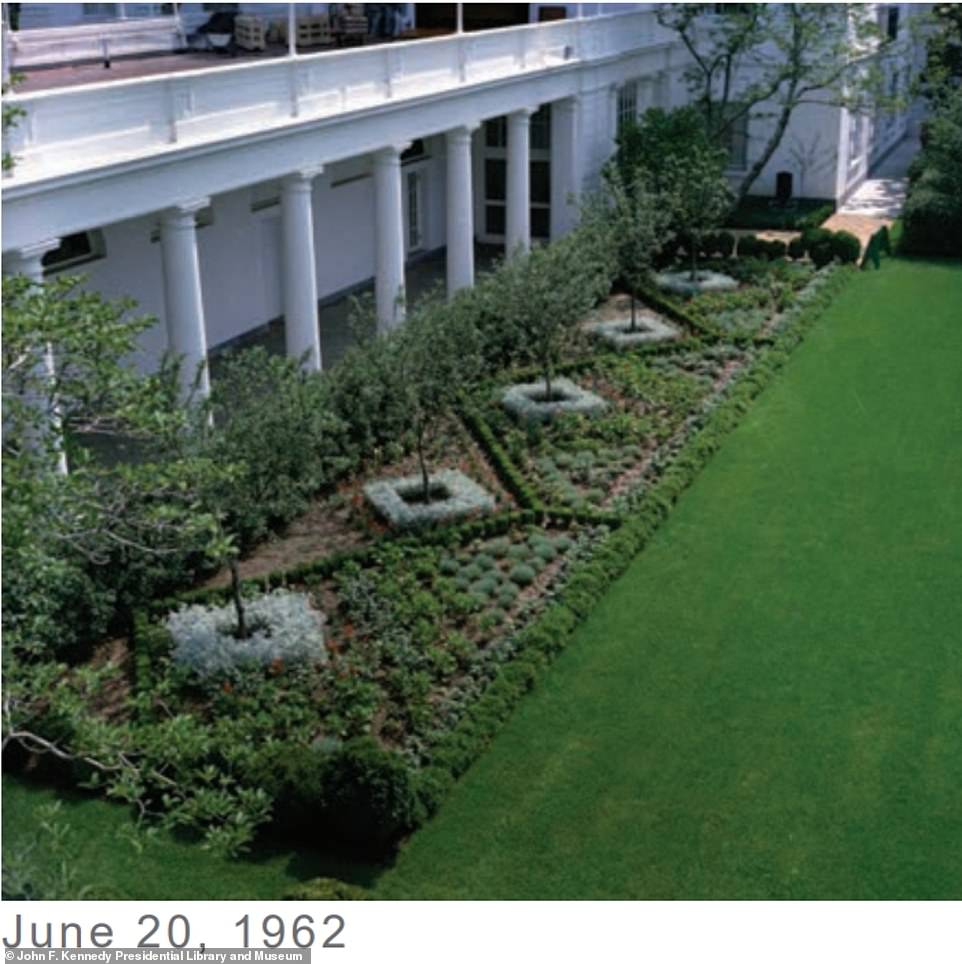 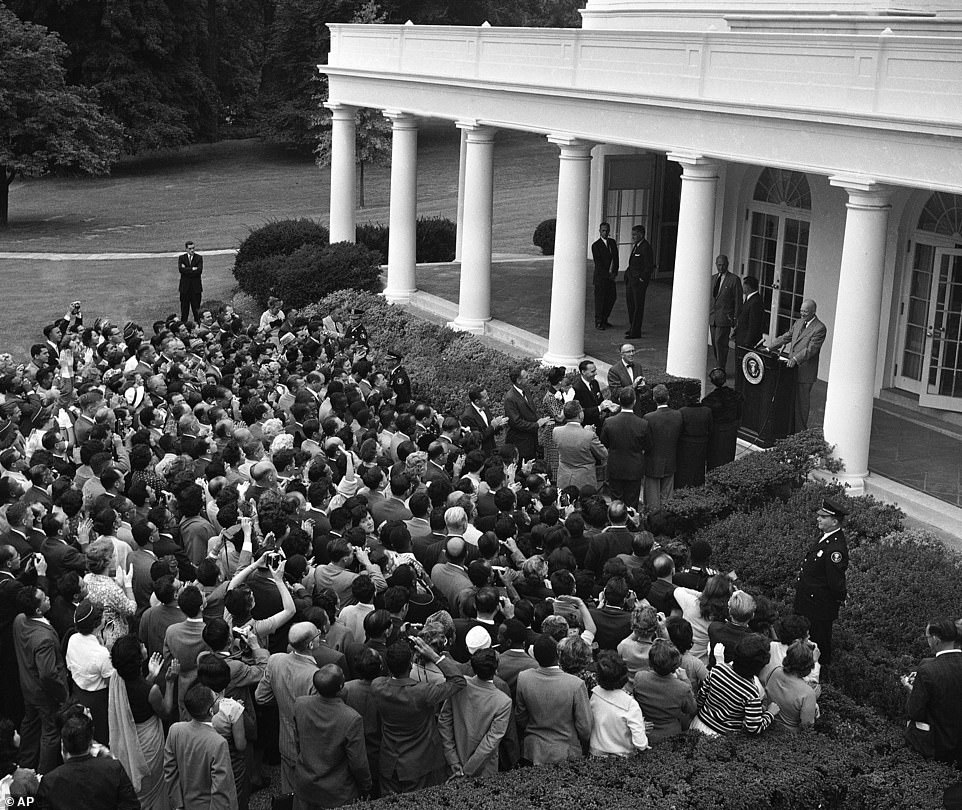 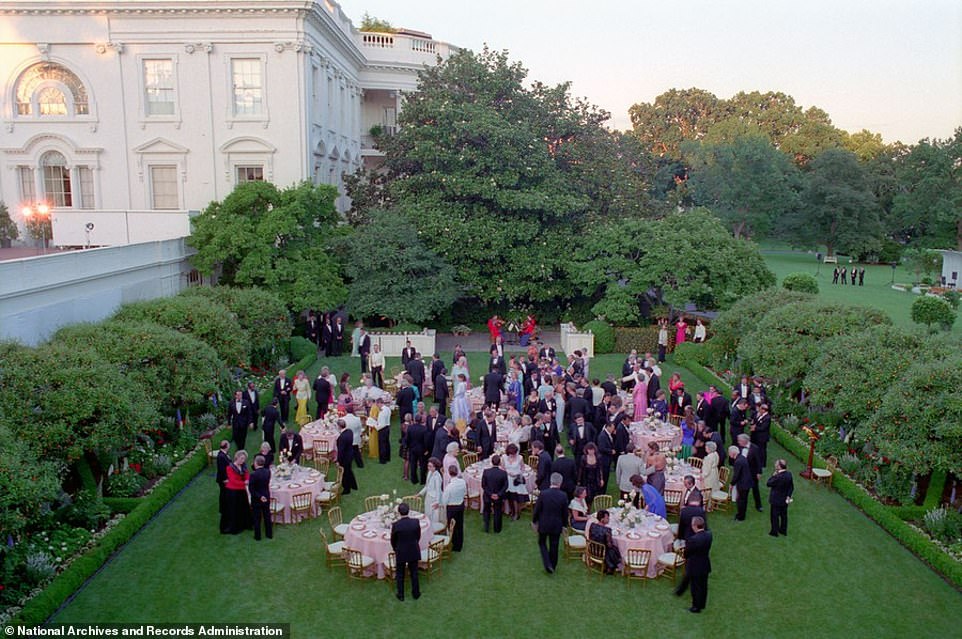 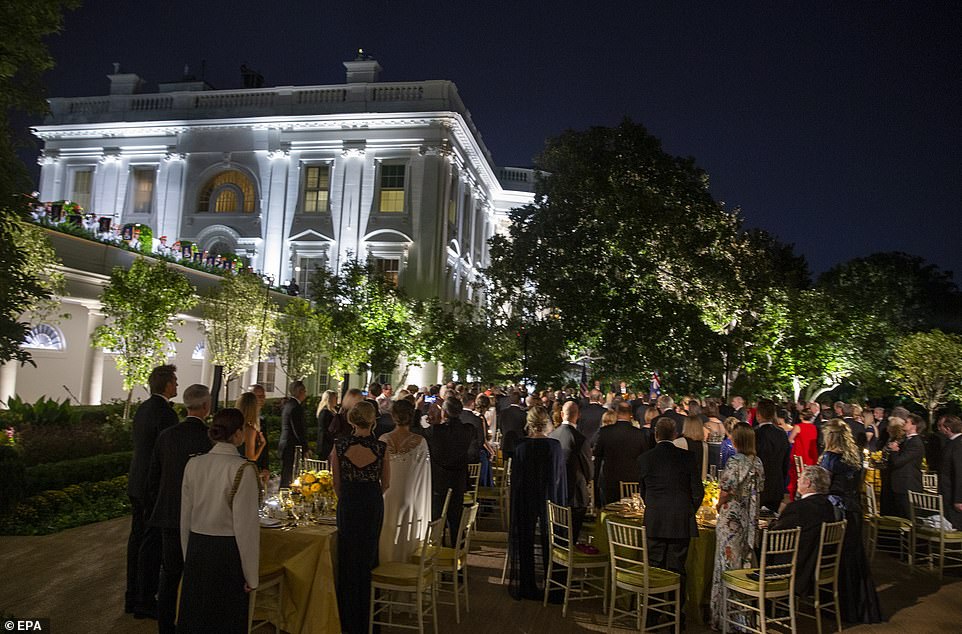 In 1961, Mellon redesigned the garden area at the request of President Kennedy.  Known for her personal gardens at her Virginia estate, Mellon put in a more defined central lawn, bordered by flower beds that were planted in a French style but used American plants. Roses make up the majority of the blooming flowers but the garden also contains jonquil, daffodil, fritillaria, grape hyacinth, tulips, chionodoxa and squil.

Mellon died in the 2014 but she told the White House Historical Association in 1983 that, after his state visit to France, President Kennedy asked her to redo the area outside of the Oval Office to make the equivalent to gardens he had seen in Europe.

‘The President had noted that the White House had no garden equal in quality or attractiveness to the gardens that he had seen and in which he had been entertained in Europe. There he had recognized the importance of gardens surrounding an official residence and their appeal to the sensibilities of all people,’ she noted.

She cited magnolia trees as her original inspiration, planting one in each of the four corners of the garden. She left the lawn area in the middle open for events but installed a 12-foot border for smaller trees, roses, and other flowers, noting President Kennedy loved flowers and requested species used in Thomas Jefferson’s time.

Using a diamond shape, she boxed in flowering plants among hedges setting the garden up to have a rotation of plants blooming throughout spring, summer and fall.

Mellon, a noted philanthropist, designed the steps coming from the Oval Office to the garden to be used as either steps or a stage. At the east end of the garden is a flagstone terrace for the president to use for private outdoor lunches or meetings.

She recalled the ups and downs of the project, including how ‘one day while were removing the old soil and replacing it with new, we cut into a mysterious cable buried in a corner of the garden. It turned out to be the hot line that set off the nation’s military alert.’ The line had been hastily installed during World War II for President Franklin Roosevelt’s use. 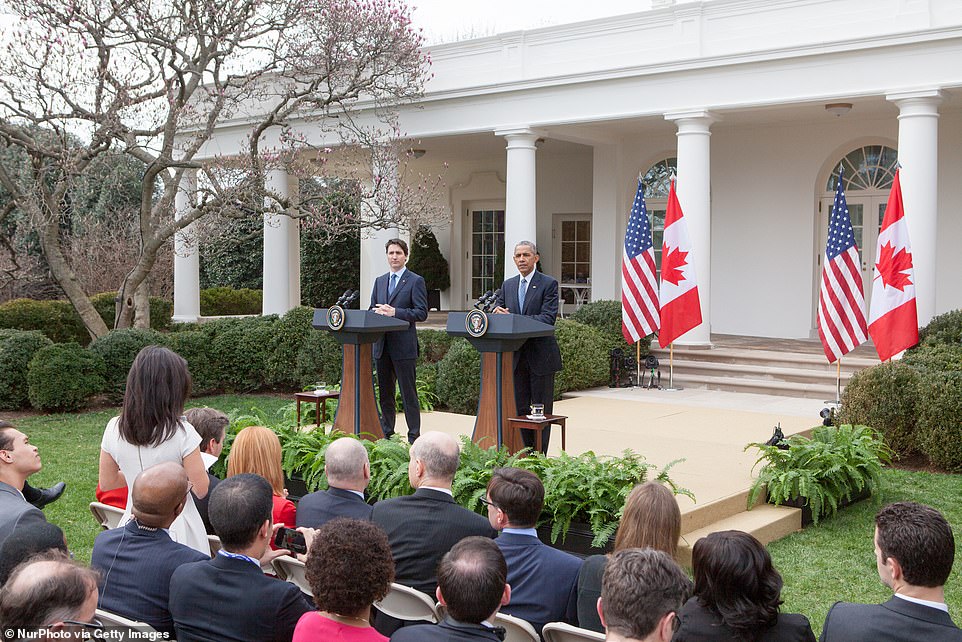 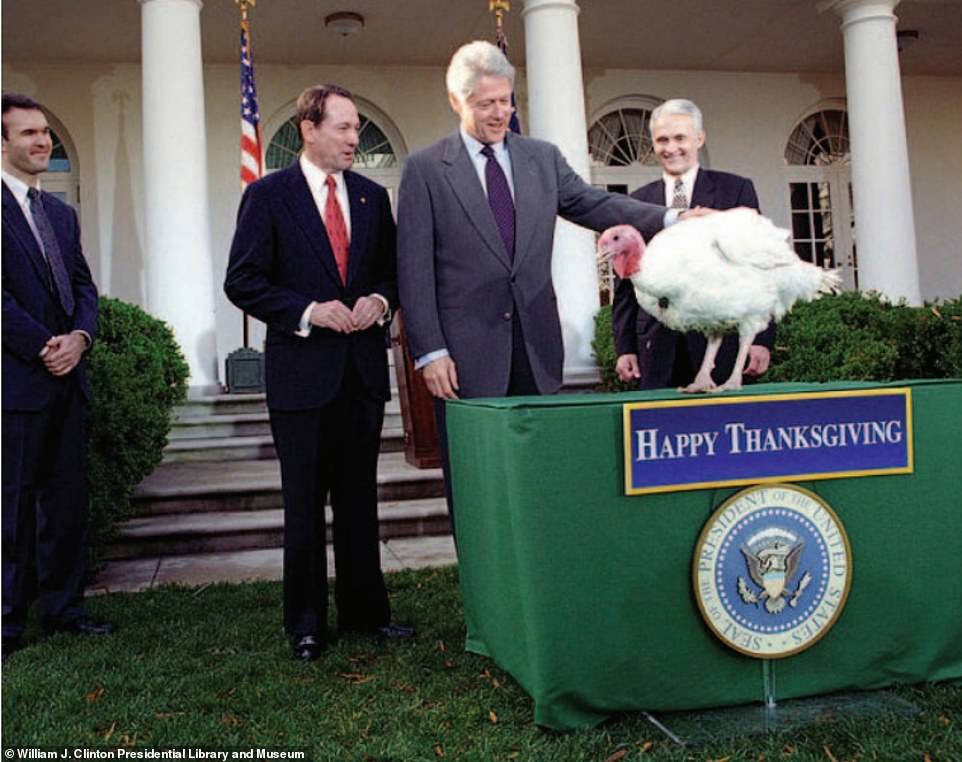 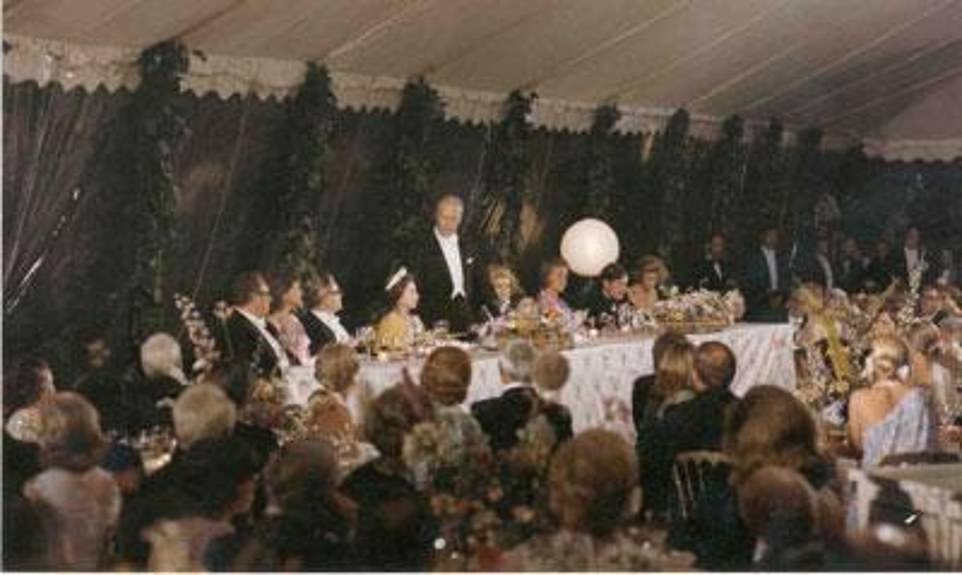 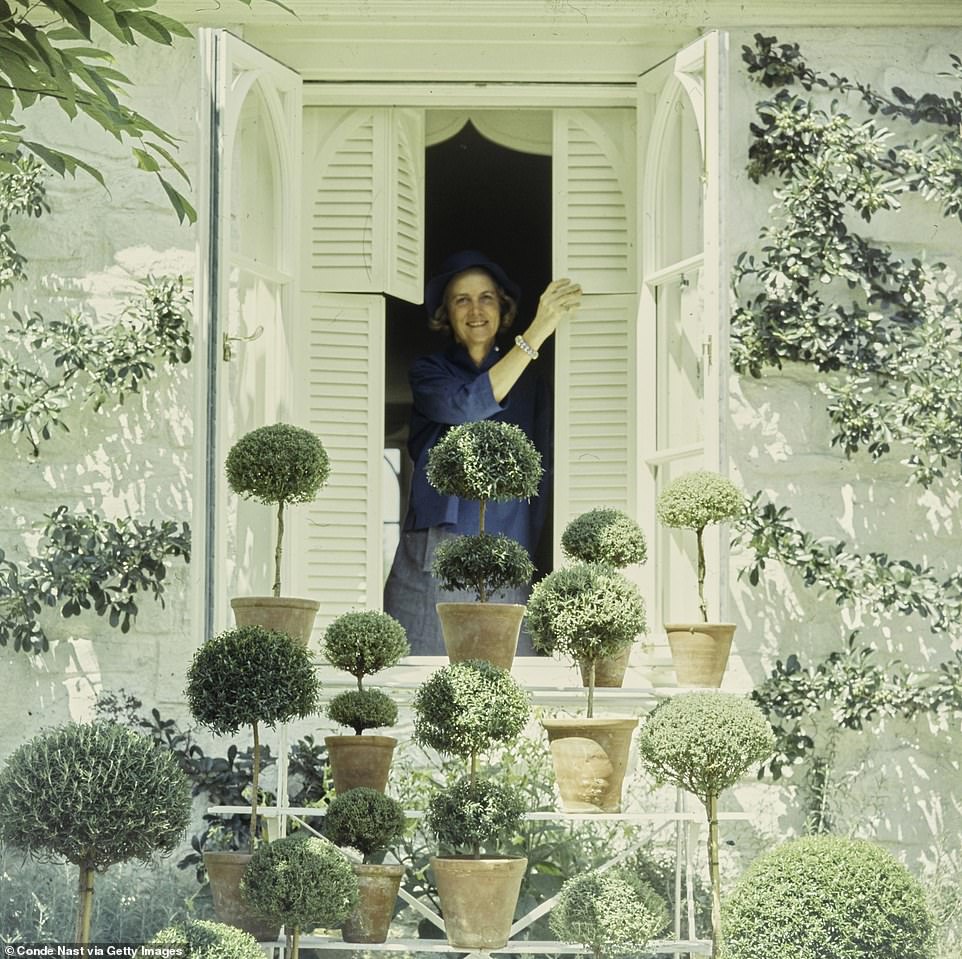 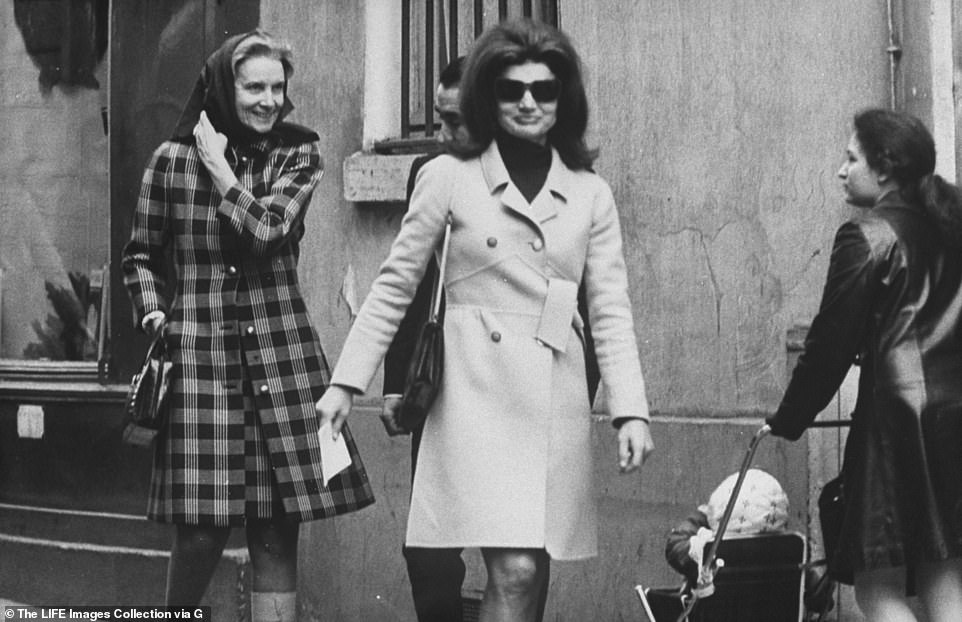 Since the Rose Garden was unveiled in 1962, changes in the planting have taken place but Mellon’s original design remains largely intact.

Various administrations have made their contributions, such as stone walk ways, new trees, and added flowering plants.

Mellon was also brought in during Lyndon Johnson’s presidency to work on a garden outside the East Wing, which was eventually named the Jacqueline Kennedy Rose Garden.

In 1981, Nancy Reagan asked Mellon to return to the garden to help update the plants and design.

1971: President Richard Nixon’s daughter Tricia marries Edward Cox in the Rose Garden, the first time the Garden has been used for a wedding.

1976: President Gerald Ford hosts a State Dinner in honor of Queen Elizabeth II of the United Kingdom in a tent erected in the Rose Garden.

1999: President Bill Clinton apologies to country after his impeachment inquiry ends in acquittal.