An AFL star who was stabbed in a mysterious attack has found a new girlfriend after splitting up with the mother of his daughter last year.

Geelong Cats player Jack Steven, 30, took himself to Cabrini hospital in Melbourne at 1am on Sunday with a stab wound to the right side of his chest.  Steven had surgery to repair the injury under his right thoracic duct in his chest and has reportedly refused to speak to police about how he got stabbed.

He has been dating medical receptionist Marley Gordon for the last six months, The Herald Sun revealed on Friday.

Ms Gordon was previously in a long-term relationship with GWS Giants star Toby Greene but has moved down to Melbourne to be with Steven.

Geelong player Jack Steven (right) with his new girlfriend Marley Gordon (left). Steven himself to Cabrini hospital in Melbourne at 1am on Sunday with a stab wound to the right of his chest 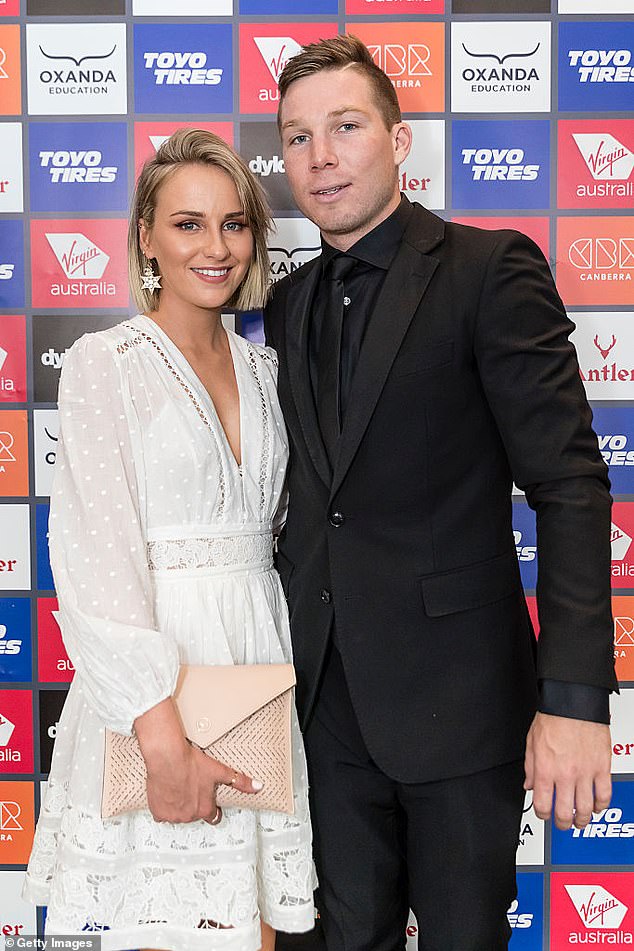 They played golf and visited wineries during a November holiday in New Zealand and spent the summer in Steven’s hometown Lorne.

Pictures of the new couple show them lounging by the pool, hugging and smiling together.

Steven dropped his young daughter Maggie at the Brighton East home of his ex-girlfriend Indiana Beresford hours before he was stabbed.

He had lived at the home with Ms Beresford and their daughter before they separated last year.

The AFL star was reportedly accompanied by a woman, who is believed to be his new flame Ms Gordon. 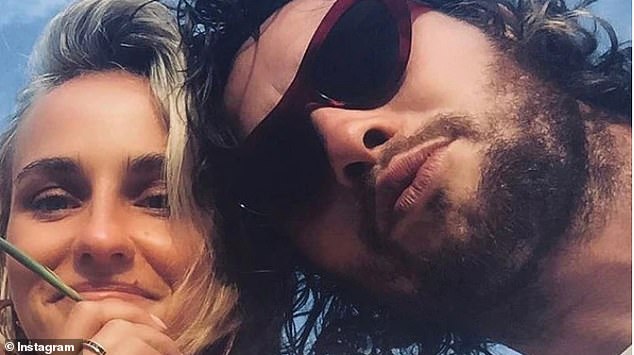 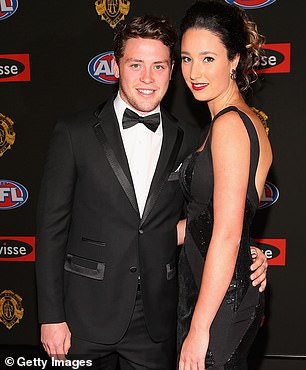 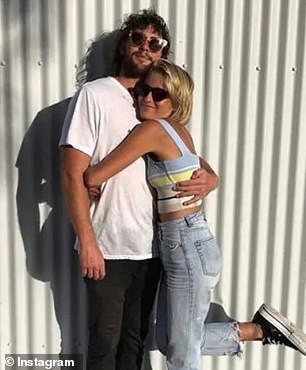 Steven dropped his young daughter Maggie at the Brighton East home of his ex-girlfriend Indiana Beresford (left) hours before he was stabbed. He was reportedly accompanied by his new girlfriend Ms Gordon (right)

Steven was intoxicated when he was admitted to hospital, according to the Herald Sun, and turned down multiple opportunities to explain what happened to police.

Hospital staff first raised the matter with police, who are now investigating the circumstances surrounding the incident.

So far, police have concluded he did not self-harm, nor was he attacked at random.

But the fact that Steven has refused to cooperate with or speak to investigators regarding the incident has made it tricky for investigators.

Daily Mail Australia has been told the AFL holds serious concerns for the young father-of-one, who has struggled with mental health issues in the past.

‘It’s being investigated by the police at the moment so we’ve got to be very careful not to speculate and make assumptions,’ he said.

‘We’ll allow the police to do all their investigations and at the moment the focus is on health and support for Jack.

‘Our medical team have spoken to the trauma doctors at the Alfred [Hospital]. He received the injury under the right thoracis in his chest… Jack’s very lucky as we speak.’

On Monday, the AFL indicated it’s integrity unit would likely speak to the troubled footballer, who is still in hospital.

Steven reportedly moved to the Cats from St Kilda for the 2020 season to be closer to his family following a prolonged mental health battle. 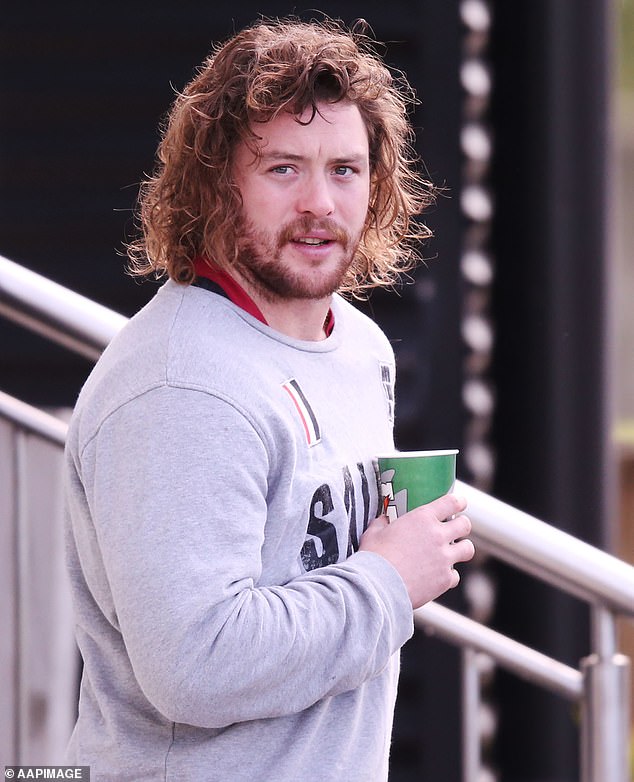 Police believe AFL player Jack Steven, 30, (pictured at St Kilda training in August, 2019) was stabbed by someone he knows after he was admitted to hospital with a stab wound

The four-time St Kilda best-and-fairest winner managed just seven matches last year in his fight with depression and revealed he considered hanging up his boots entirely.

‘I love playing, I still wanted to play,’ he told AFL.com.au. ‘I don’t think my footy dies down that quickly, it’s just my fitness and getting to happy, healthy state.

‘It [having a break] had to happen. Everyone reacts differently to mental health. Some people can deal with it better than others and I just needed to take a break. It was the right thing to do.’

Former Cats captain Cameron Ling told ABC radio he was devastated to hear about the stabbing.

‘He has battled mental health issues and worked through those and loved being at the beach and close to the coastal lifestyle,’ Ling said.

‘All reports from the club were he was training hard through the summer until the season stopped because of coronavirus.’

Ling said Steven had been ‘excited about what the season held for him’.

Steven is expected to make a full recovery and will be match fit to return to the field when the season resumes following a break during the COVID-19 lockdown. 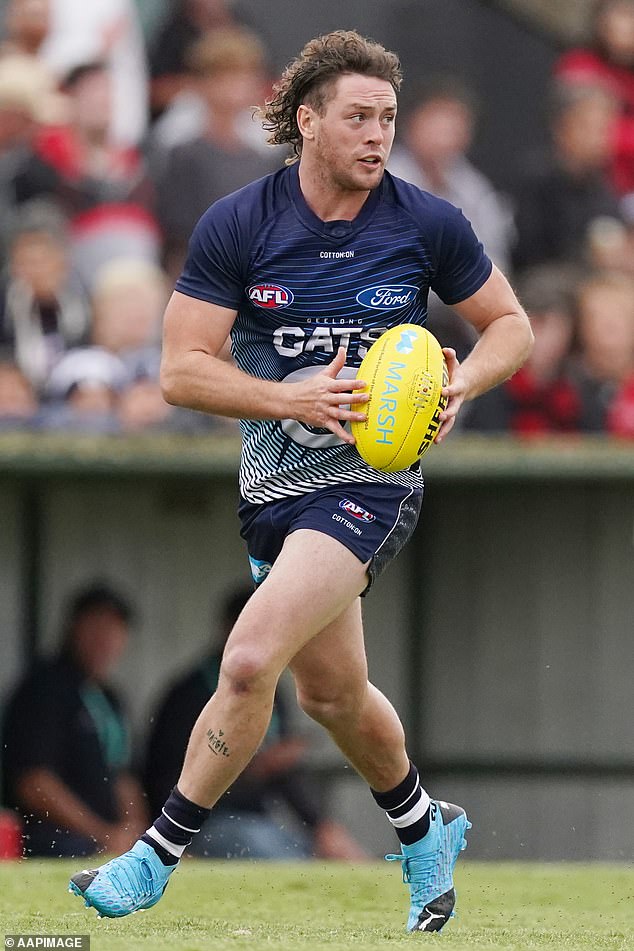