A Melbourne bar has taken the much-loved Espresso Martini and given it a very new and modern twist.

The popular cocktail has had a remake, courtesy of South Yarra Japanese influenced bar, Bosozoku.

The trendy eatery offers guests a completely clear version of the fashionable drink,  save for a topping of some delicious chocolate and vanilla-infused foam.

The White Orchid is a completely clear Espresso Martini 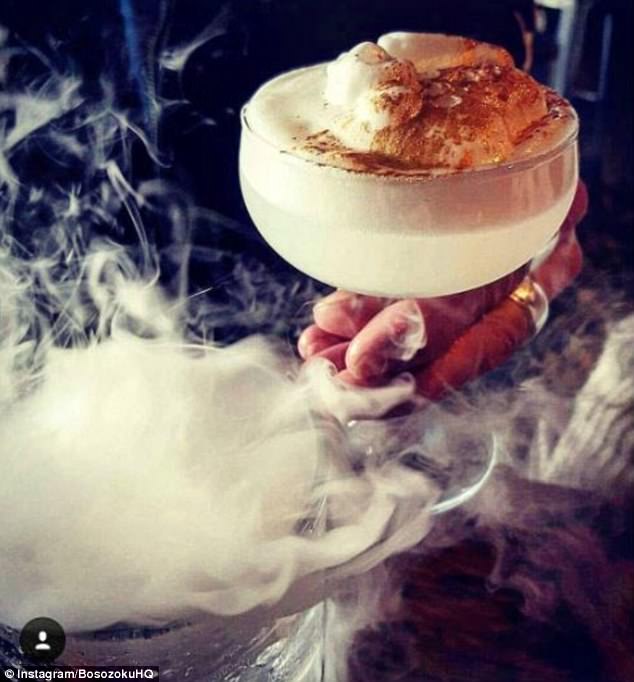 It’s then blended with dry ice, served topped with frothy foam, and for a touch of drama, shavings of edible gold are sprinkled on top.

For Instagram obsessives, a trip to Bosozuku for their latest concoction will be an absolute must, although be warned: the trendy tipple doesn’t come cheap.

While some might consider $28 somewhat of setback, the cleverly constructed cocktail is sure to be a hit, even if just for the snaps. 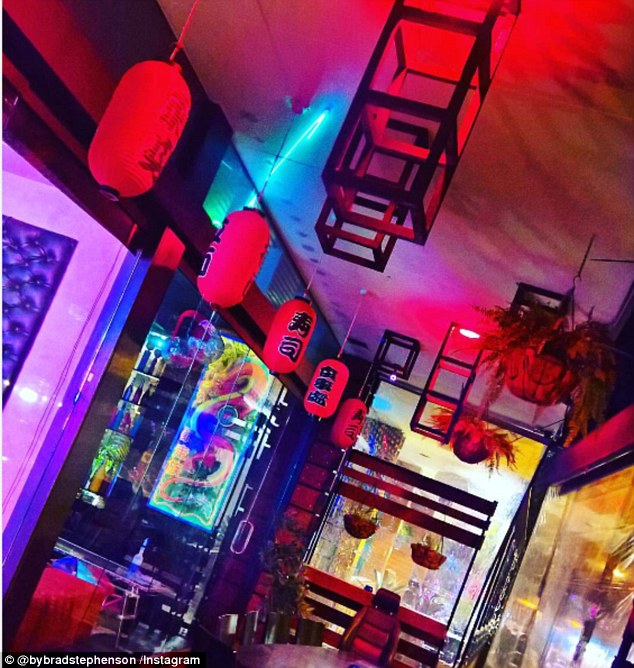 South-Yarra based Bosozoku has plenty on offer including Sake warming stations, karaoke and Nintendo rooms, and outdoor fire pits. 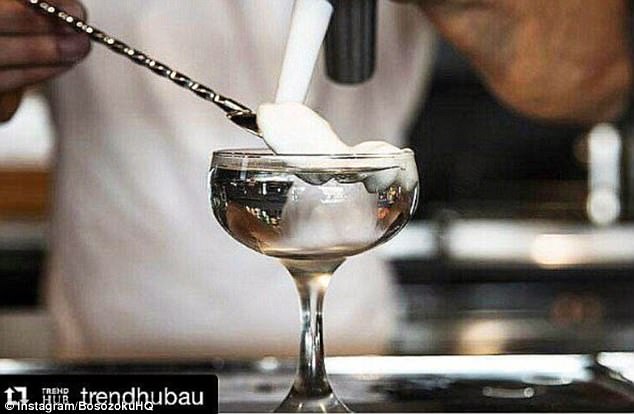 While some might consider $28 somewhat of setback, the snaps of the incredibly cool cocktail look as thought they would be worth every cent.

As well as this quirky take on the popular beverage, Bosozoku has a range of other culturally inspired gems on their drinks list like the Wasabi Bloody Mary and the Cherry Blossom infused gin.

For the adventurous, there’s plenty on offer at the trendy bar and eatery including Sake warming stations, karaoke and Nintendo rooms, and outdoor fire pits. 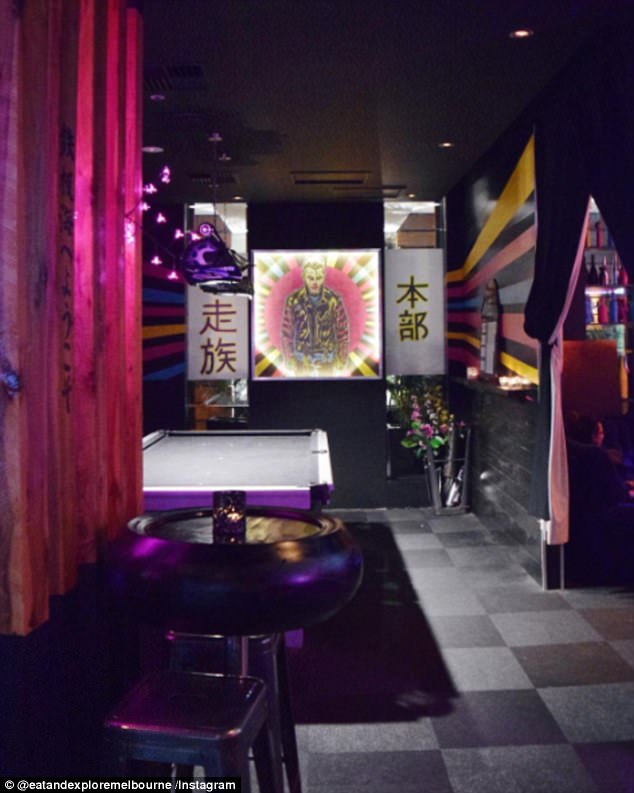 The bar is a sensory overload of all things Japanese 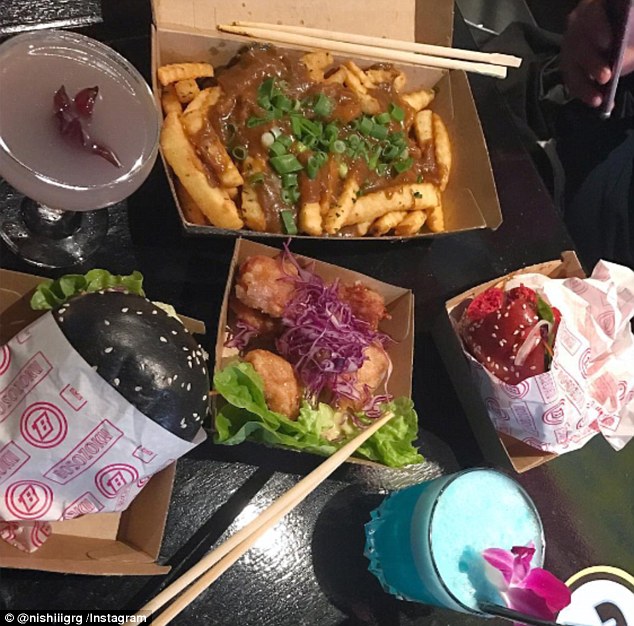 The trendy Japanese-inspired eatery offers its own version of poutine

Of course, the food on offer is as cleverly curated as the bar’s drinks list with burgers served on naturally coloured buns, including black, charcoal purple, and green.

And for the poutine fans out there – the Canadian dish that’s a mix of cheesy chips served with gravy – Bosuzoku has its own version featuring chicken curry fries.

‘Bosozoku has been a long time coming… it is one of a kind.’