An anti-masker who pushes the ridiculous conspiracy theory Bill Gates created coronavirus in a Wuhan lab to sell vaccines once stabbed his drug buddy to death.

The 36-year-old was put on trial for murder over the December 2011 killing, but was found not guilty 18 months later on self-defence grounds.

Lance Simon is an anti-masker who believes Bill Gates created coronavirus in a Wuhan lab to sell vaccines. He also stabbed his drug buddy to death in 2011

Late on Sunday night he visited five Melbourne hospitals in a sad attempt to ‘prove’ the city’s covid-19 crisis was highly exaggerated.

‘I can’t find this elusive coronavirus… it’s a ghost town. Talk to any nurses they can’t get work,’ he said as he filmed himself wandering around outside one.

There are 260 covid-19 patients in Victorian hospitals including 42 in intensive care, according to latest Health Department figures.

Many nurses are out of work because all elective surgeries are cancelled, though some of them are pitching in to help treat coronavirus.

Simon in another video claimed his ‘research’ revealed masks were ineffective and that wearers breathe in too much carbon dioxide.

‘Don’t wear the masks, they can’t fine us all… and if you get a fine, don’t pay it, what do you think they’re gonna do? Nothing it’s a hoax, a bluff,’ he said. 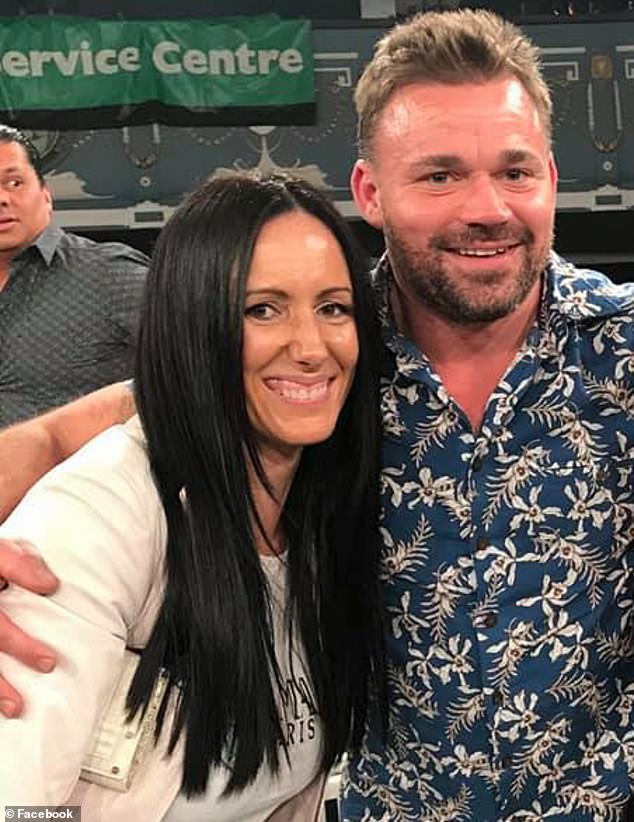 Lance Simon is the husband of gangland lawyer Zarah Garde-Wilson (pictured together) and a good friend of Roberta Williams, widow of notorious crime boss Carl Williams 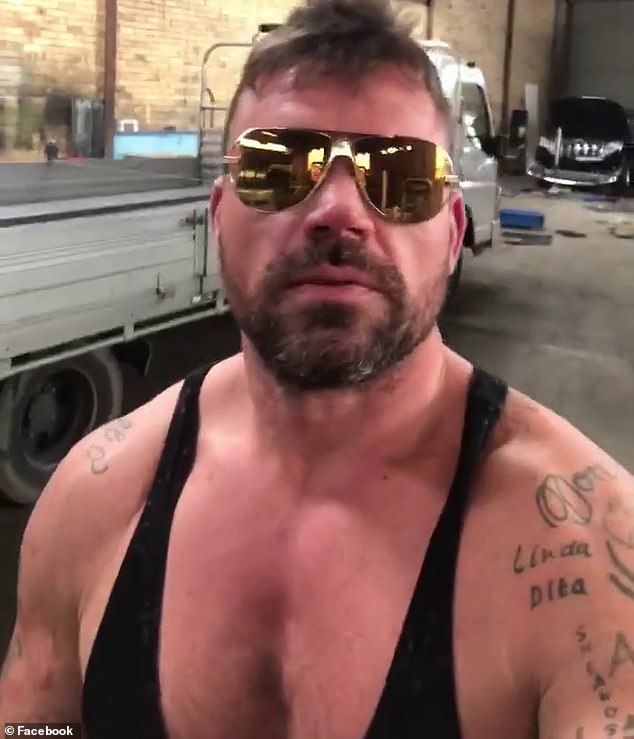 He falsely claimed Bill Gates had links to the Wuhan ‘bio-weapons lab’ and peddled the debunked conspiracy theory that Mr Gates took out a patent on a covid-19 vaccine before the pandemic began.

‘Imagine it comes out that Bill Gates actually created, in Wuhan, the whole virus just to sell his vaccine,’ he said.

‘But why do we even need a vaccine? Millions of people have already recovered from it without one.’

Mr Gates, who made billions by founding Microsoft, is now one of the world’s biggest philanthropists and donates huge amounts of money to vaccine programs.

He does not stand to gain financially from vaccine production and he does not have a patent on any coronavirus drug.

Furthermore, the Wuhan Institute of Virology is a research lab and there is no evidence it has ever developed bio-weapons. 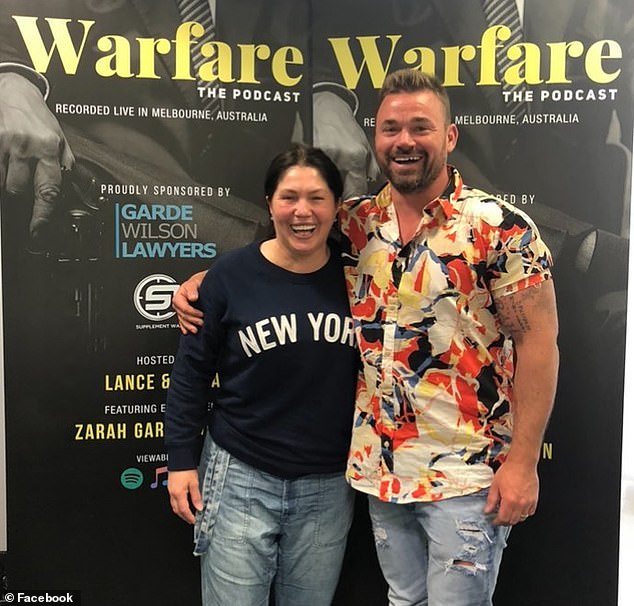 Simon along with his wife and Roberta Williams (Simon and Williams pictured) regularly discuss criminal issues, and recently coronavirus, on at least two podcasts

Some scientists, such as Professor Nikolai Petrovsky at Flinders University, believe coronavirus could have been accidentally created in the lab and leaked out, but not that it was made as a ‘weapon’.

Simon even admits in his video: ‘I may even be incorrect in some of the things I’m preaching now’. But he carries on spreading untruths anyway.

Instead of wearing masks and locking down Victoria he advocates quarantining old and vulnerable people.

He also claims the number of deaths in inflated because many elderly casualties ‘would die of the hiccups’.

Simon was on a meth binge on the day he stabbed hospitality worker Paul Thornell, 38, to death on December 5, 2011.

He was approached by Mr Thornell outside Peel Nightclub in Collingwood and asked for drugs, giving him $180.

Simon later went back to Mr Thornell’s house in Cockatoo in the Dandenong Ranges after the victim complained he had been ripped off. 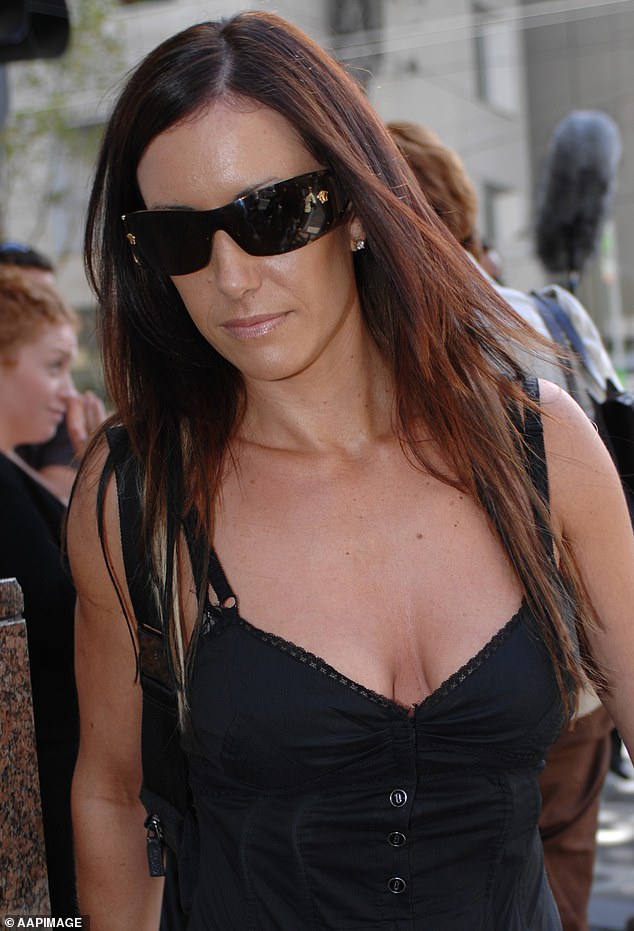 Simon and Ms Garde-Wilson’s (pictured in 2006 and 2005) relationship survived his legal woes and they got married in 2019. They share daughter Samantha, 11, and twin nine-year-olds Max and Sophie

Mr Thornell’s father Jeffrey told the court he heard Simon yelling at his son to open his bedroom door after it slammed shut and went to investigate.

‘I looked into Paul’s bedroom and saw Paul lying on his back on the floor between the doorway and his bed. I saw Paul’s gut hanging out,’ he said.

The court heard he saw Simon holding a 20-25cm knife before he demanded money and ransacked the kitchen before stealing a wallet and a phone and running away.

In June 2013 he was found not guilty of murder, defensive murder, and manslaughter and walked from the Victorian Supreme Court a free man.

Earlier, in 2007, Simon was convicted of trafficking meth and possession of steroids.

He was also busted with a cache of illegal weapons at his home, including Samurai swords, a flick knife and knuckle dusters.

He escaped jail after a judge heard he was a full-time dad to his new baby, and ordered him to do 175 hours of community service.

While on bail for those charges he spray-painted nine Versace handbags worth almost $30,000 at a Crown Casino store.

The court heard he was angry about a dispute over the repair of his Versace suit and yelled ‘do you want to start me?’ to staff who tried to intervene.

Who is gangland lawyer Zarah Garde-Wilson?

Zarah Garde-Wilson, 42, is a criminal barrister best known for her entanglement in the 1998-2006 Melbourne gangland killings.

She met gang enforcer Lewis Caine as a young lawyer when she was defending him on a drink driving charge.

Caine had recently got out of jail after serving 10 years for murdering David Templeton.

Over the course of their relationship, Ms Garde-Wilson defended numerous gangland figures including Carl Williams and Tony Morkbel. 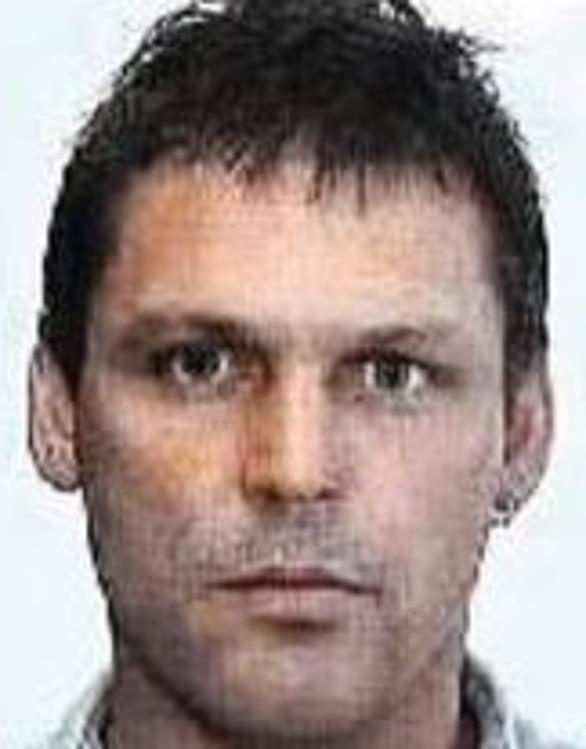 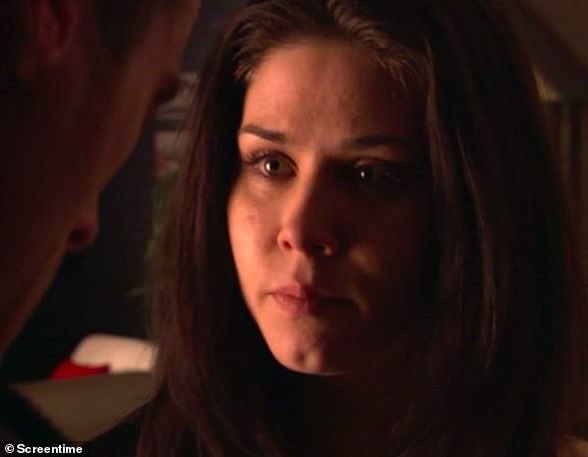 Caine was assassinated by hitmen Evangelos Goussis and Keith Faure with a single bullet to the head on May 8, 2004.

The following year she was convicted of contempt for refusing to testify against Caine’s killers.

Her role in the gangland saga was featured in TV series Underbelly where she was portrayed by Kestie Morassi.

She has been in a relationship with Lance Simon since at least 2007.

Carl Williams was bashed to death in jail in 2010 but she and Simon remain good friends with his widow Roberta.

The court heard his relationship with Ms Garde-Wilson was on the rocks at the time and he was under great stress.

He pleaded guilty to criminal damage, paid for the damaged bags, and wrote a grovelling apology letter.

Simon and Ms Garde-Wilson’s relationship survived his legal woes and they got married in 2019.

They share daughter Samantha, 11, and twin nine-year-olds Max and Sophie.

Simon along with his wife and Roberta Williams regularly discuss criminal issues, and recently coronavirus, on at least two podcasts.

Williams and Simon filmed a skit early in the pandemic where Simon knocks on her door begging for an advance on what appeared to be drugs, even though he still owed her money.

The items he was desperate to get hold of were at the end of the joke sketch revealed to be rolls of toilet paper.