Two mosques have been approved by a council, despite receiving 800 complaints about their construction.

Melbourne’s Casey Council gave the green light to Saarban Islamic Trust to build a place of worship in Narre Warren North – and another proposed by Doveton Afghan Islamic Centre and Omar Farooq Mosque.

Security and police were required at the council meeting due to ‘safety concerns’, according to the Cranbourne Leader.

Residents were seen shouting and hurling insults at councillors as the decision was handed down.

Two mosques have been approved by a council, despite receiving 800 complaints about their construction. Residents were seen shouting and hurling insults at councillors as the decision was handed down, while police were called in

One resident – Terry Ryan – said he was ‘extremely disappointed’ and they were going to take the matter to the Victorian Civil and Administrative Tribunal.

The mosque proposed by Saarban Islamic Trust, which received close to 800 complaints, is expected to be 10.7m-high and fit 372 people.

The other mosque will include a morgue and is expected to fit 600 worshippers.

Councillor Rosalie Crestani, who campaigned against the mosques, said it was inappropriate to have morgues in the area.

‘I just don’t think a built area like that is an appropriate location (and) to put this together with a place of worship is totally unsavoury,’ she said, adding she opposed a funeral home in the area home for the same reason.

Adel Salman, a spokesperson for the Islamic Council of Victoria, said it appeared as though the area was ‘Islamophobic’. 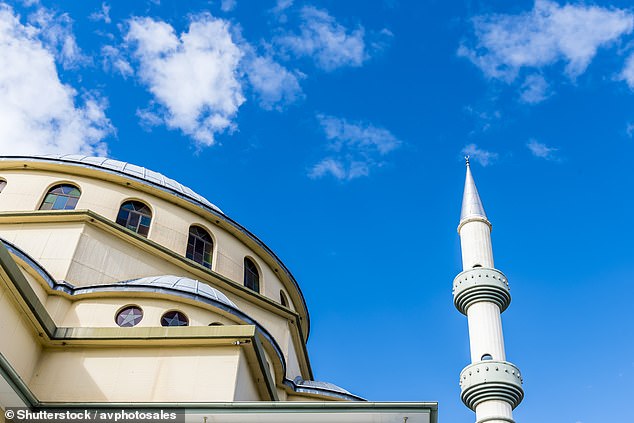 ‘If you look at the response from the community in the past few years, a lot of the sentiments have bordered on Islamophobia — there is a segment of them that have been anti-Muslim,’ Mr Salman said.

Mr Salman welcomed the inclusion of a morgue as it wasn’t common for mosques in Australia to provide one.

Mayor Amanda Stapledon told Daily Mail Australia said council made the decision based on the merits of the application in terms of planning grounds.

‘The proposal considered a number of landscape character aspects and has been designed well with sensitivity to these considerations.’