‘Everyone has the right to get home without being killed’: Melbourne garbage truck driver starts local chapter of Guardian Angels vigilante group to protect women after the brutal rape and murder of an Israeli student

Following the brutal rape and murder of an Israeli student in January, a garbage truck driver has become a Guardian Angel to keep people safe on the streets.

Michael Makridis, 53, founded the Melbourne chapter of the Guardian Angels – which was first started in New York City in 1979.

Mr Makridis has managed to patrol the streets by himself every day and almost every night for the last two months in Melbourne’s northern suburbs.

Michael Makridis (left) started the Melbourne chapter of the Guardian Angels two months ago, and patrols the streets, train stations and parks to keep people safe

‘The primary purpose of it is to patrol the streets and to keep the community safe,’ he told the Nine Network’s A Current Affair.

Aiia Maasarwe’s brutal rape and murder in January was what kick started his desire to keep women and the community in general safe.

The 21-year-old student was attacked while walking home to her accommodation after a comedy show on the night of January 16.

Her half-naked body was found near a shopping centre the next morning.

Ms Maasarew’s last known movements were when she traveled on the route 86 tram to Bundoora – a tram line that Makridis now regularly patrols.

He says despite CCTV cameras, people are still being sexually assaulted on Melbourne trams.

‘Everyone has the right to either get home or to get wherever they’re going safely, without having to be sexually assaulted or assaulted or killed for it’. 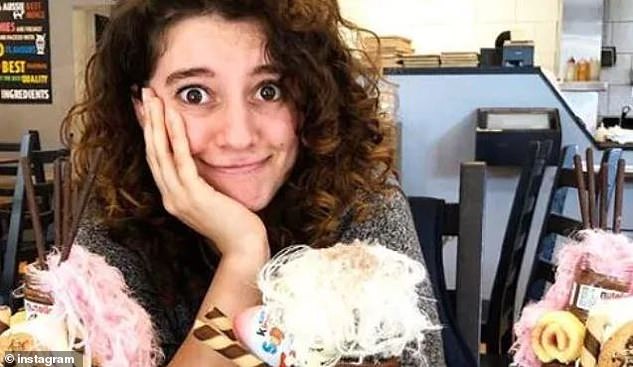 The Guardian Angels patrol the streets unarmed in their distinctive red berets and emblazoned T shirts, in a bid to keep the community safe.

The crime fighting movement has also spread to Logan, near Brisbane, where Ed Hornery takes to the pavement to find and bin drug paraphernalia.

He says needles are often found behind bushes in parks and in hidden corners of the street. 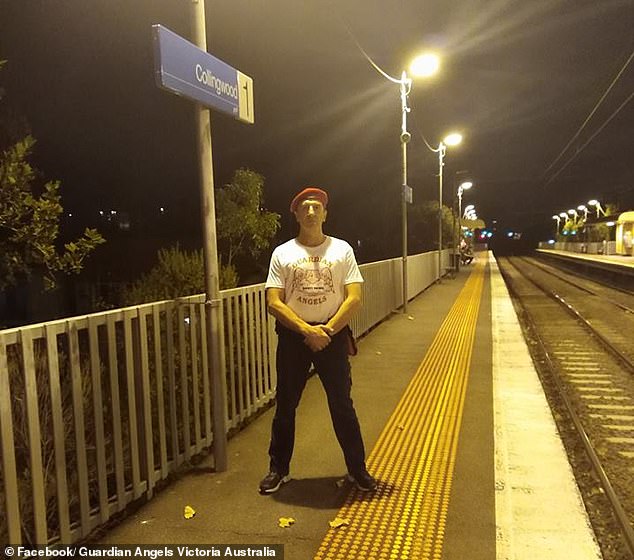 Despite their resistance to crime, Mr Makridis insists the group are not vigilantes.

‘We’re not vigilantes it’s as simple as that. We don’t go around looking for trouble. We don’t chase criminals. We don’t go out looking to arrest people,’ he said.

Mr Makridis says that while they’re not doing the job of police, they aim to be a visible presence to deter crime. 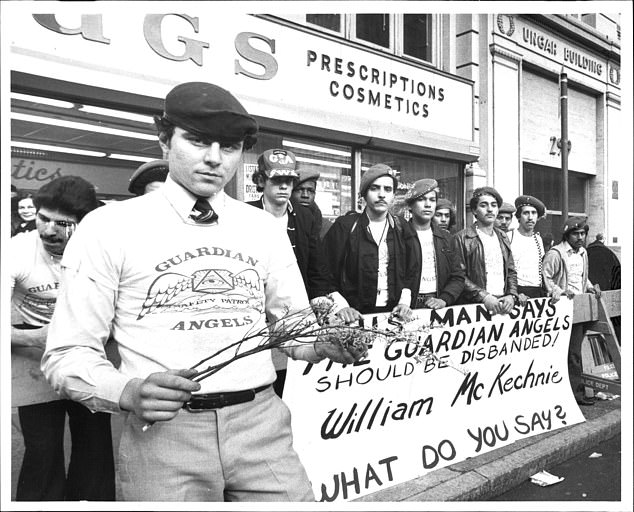 Since starting their patrols, the group have fortunately not come across any major crimes.

Guardian Angels founder Curtis Sliwa said that in the 1970s they took matters into their own hands when gangs and thugs ruled the streets of New York City.

‘As volunteers we decided to fill the void and give people hope that things could turn around,’ he said.

Volunteers patrolled the subway, dressed in a Guardian Angels shirt and a red beret, and were originally trained to make citizens arrests.

The Guardian Angels continue to gain traction across the globe, and have now spread to 130 cities in 13 countries.