A Melbourne man who was killed while fighting alongside Islamic terrorists in the Middle East was praised for his martyrdom, a court has heard.

Nabil Abbas’ death was revealed during the trial of three men accused of plotting a terrorist attack on Melbourne tourist destinations on Boxing Day 2016.

They were allegedly shown photos of his corpse before one of the men now on trial praised Abbas for dying while fighting with ISIS – hoping they would ‘follow the same path’.

Hazma Abbas (pictured) is the cousin of a deceased Melbourne man, who died while fighting alongside Islamic terrorists in the Middle East

However, nothing came about from the random spot search, and he was allowed to travel on to Malaysia on an Australian passport after he showed a return ticket.

About the same time, both Abdullah Chaarani and Ahmed Mohamed, who currently stand trial with Nabil’s cousin Hazma Abbas, were stopped by the ABF, the Herald Sun reported.

Prosecutor Nick Papas QC told the court this week that the men intended to follow the same path as Nabil, dying as martyrs.

Mr Papas told the court the men intended to travel overseas, and praised his death as heroic when informed of it.

‘This is the martyrdom, you know. May Allah grant us the same, you know, reward.’ 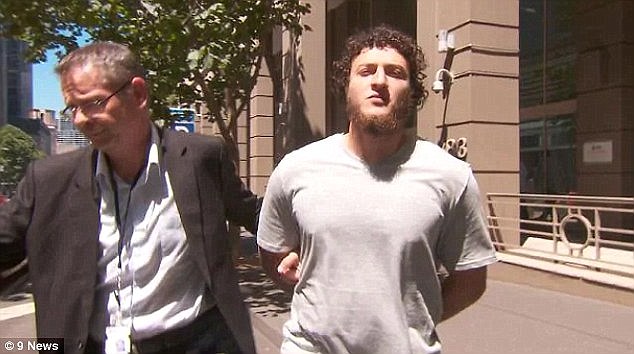 Ahmed ­Mohamed, 25, (pictured) is one of three men currently on trial for allegedly plotting a terror attack in Melbourne on Christmas Day in 2016

The men are on trial for allegedly plotting a terror attack on Melbourne’s Flinders Street Station, Federation Square and the adjacent St Paul’s Cathedral.

It was earlier alleged in court the men purchased explosive-crafting materials from Bunnings Warehouse and hydrogen peroxide from Chemist Warehouse.

Each of the three accused has pleaded not guilty to planning a terrorist attack. 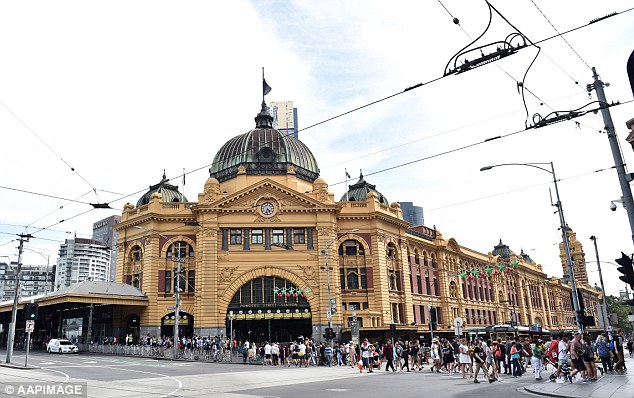