Famous Melbourne landmarks have turned blue in honour of the four hero police officers who were killed in a horror truck smash on Wednesday night.

Flinders Street Station, the National Gallery of Victoria, the Police Association headquarters, Crown Towers and Crown Riverwalk all lit up in blue as the nation mourns the death of the fallen officers.

Their tragic deaths is the greatest loss of police lives in a single incident in Victoria’s history.

Richard Pusey 41, was pulled over by police for travelling at 140km/h on the Eastern Freeway in Melbourne around 4.50pm on Wednesday.

At 5.40pm, a refrigeration truck ploughed into the group of police standing at the roadside, killing four officers, before Pusey allegedly took photos of the grisly scene and fled on foot.

The truck driver is currently in hospital under police guard after suffering a medical episode. 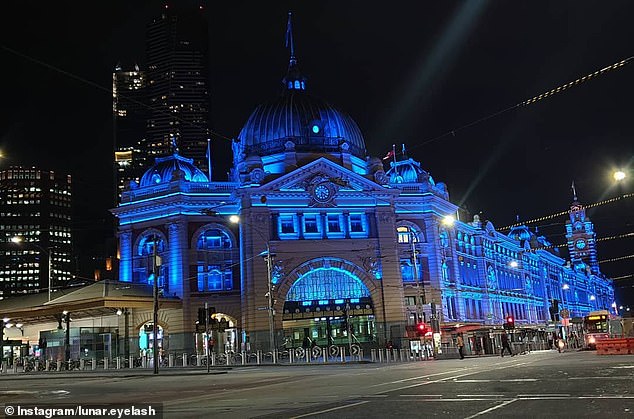 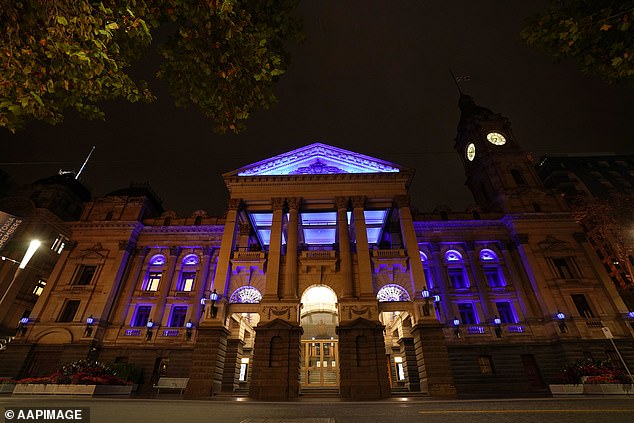 The Town Hall in blue colour in tribute to four police officers that died after being hit by a truck on Melbourne’s Eastern Freeway as they dealt with a speeding Porsche driver, in Melbourne 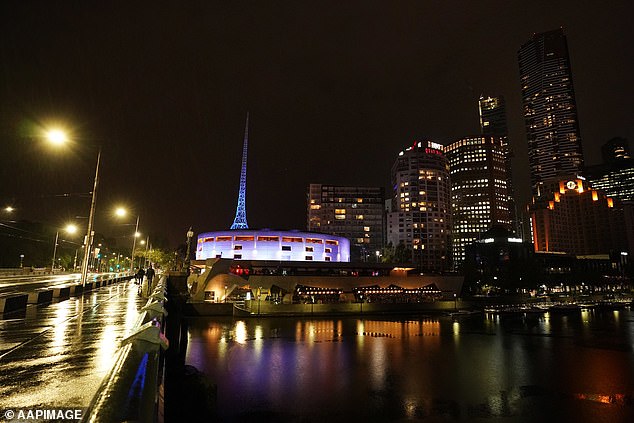 Melbourne Lord Mayor Sally Capp said she wanted to honour the officers for their bravery as the nation mourns their deaths.

‘It’s a way we can show our admiration and appreciation for the way the police protect us and really to mark this incredibly devastating time,’ she told 3AW.

‘So we responded quickly to that and we’re definitely lighting up Town Hall. Everyone is looking for ways for our capital cities to look as blue as possible to show our appreciation.

‘It’ll be in blue. It’ll look resplendent. And it’s hopefully a big signal to everyone in our police force … all of their families as well, to say that we care about them.’

Homes around the state have paid tribute to the fallen officers by leaving a blue ribbon on mailboxes, chalking the footpath, or laying down flowers at police stations. 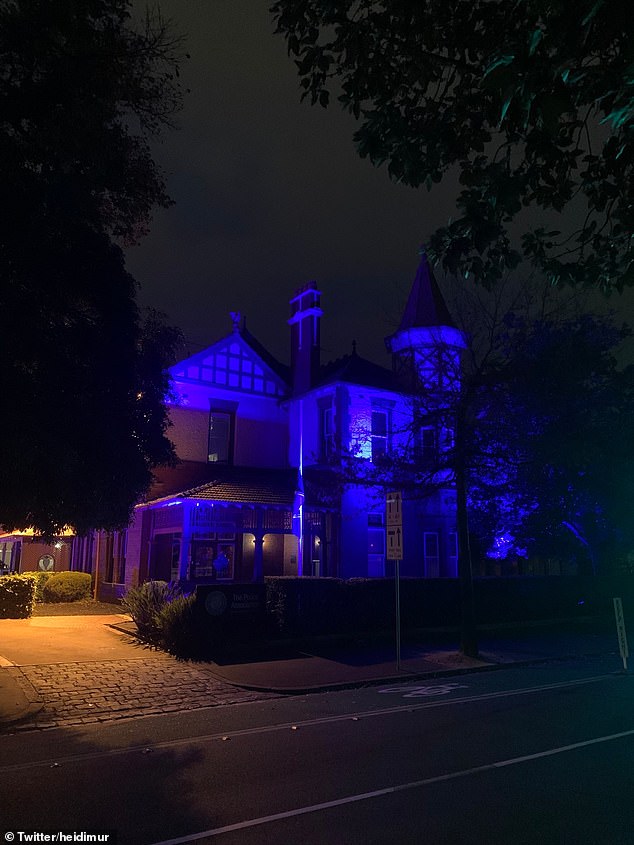 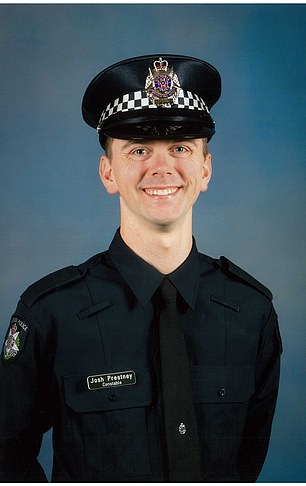 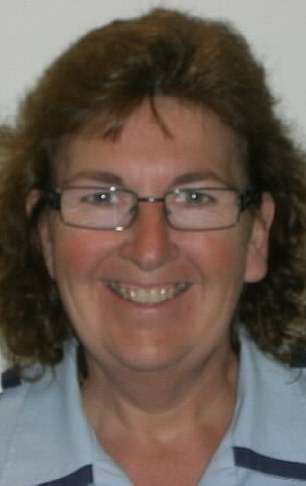 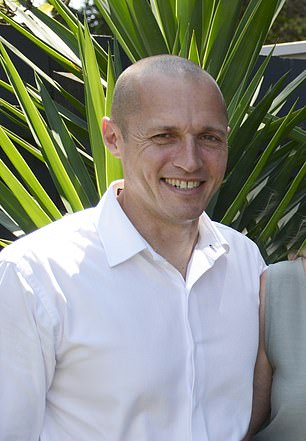 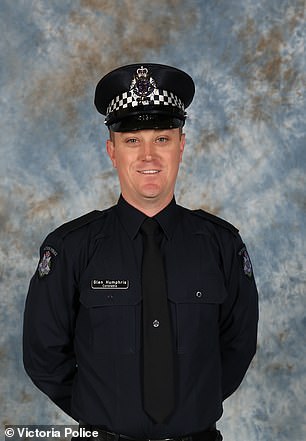 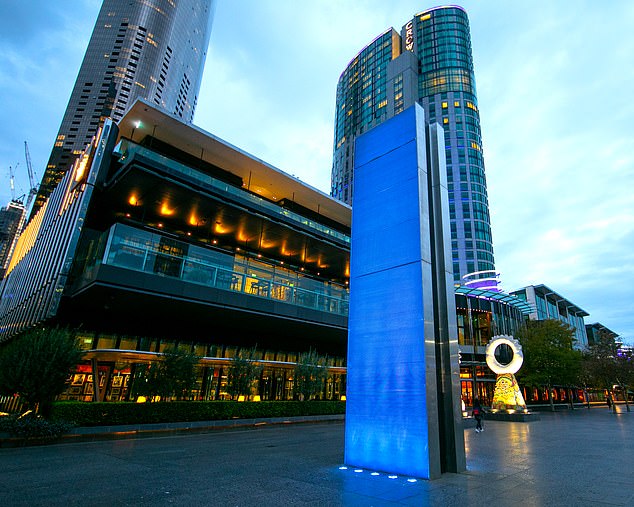 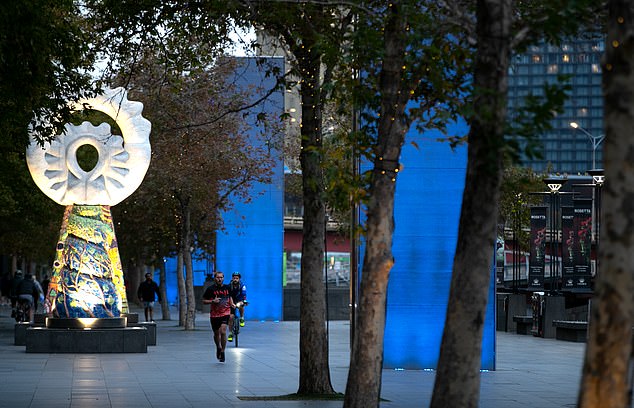 Victorian Premier Daniel Andrews asked members of the community to come together to remember the officers.

‘Today I ask all Victorians to pause and honour every single member of Victoria Police for the work that they do, for the service that they offer,’ he said.

‘And through that moment of quiet reflection, hopefully send our best wishes to every member of Victoria Police.

‘They do an amazing job and we have just been tragically reminded just how dangerous it could be.’ 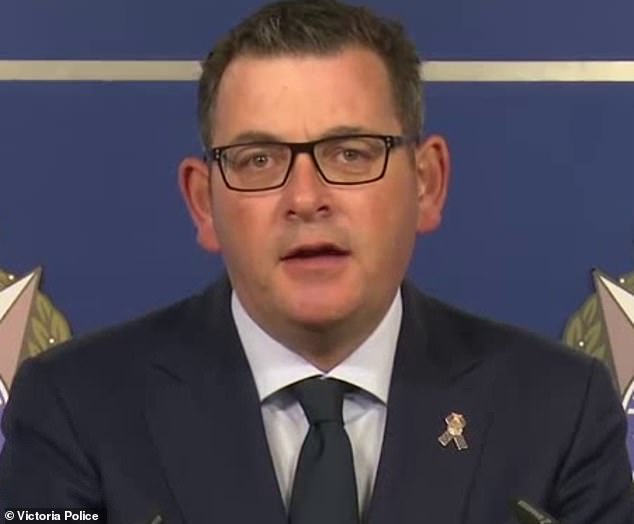 ‘Awful, heart-breaking news that four police officers have been killed while on duty in Melbourne tonight. My deepest sympathies go out to their families, fellow officers and friends at this terrible time,’ Prime Minister Scott Morrison tweeted.

Opposition leader Anthony Albanese added: ‘Heartbreaking news out of Victoria. These officers were killed while doing their jobs – a terrible reminder of the risks taken by police and emergency workers every single day.

‘My deepest condolences to their families, friends and everyone at Victoria Police.’