Melbourne man living in a train carriage in the rainforest

With Australian housing prices continuing to climb, it’s no wonder people are seeking out cheaper alternatives.

One particularly creative man has set up his home in a trio of converted Melbourne train carriages nestled in the rainforest on the outskirts of Nimbin.

The creative owner Mick Davis is happy in his ‘railway retreat’ – and thanks to solar power, he hasn’t paid an electricity bill in more than seven years. 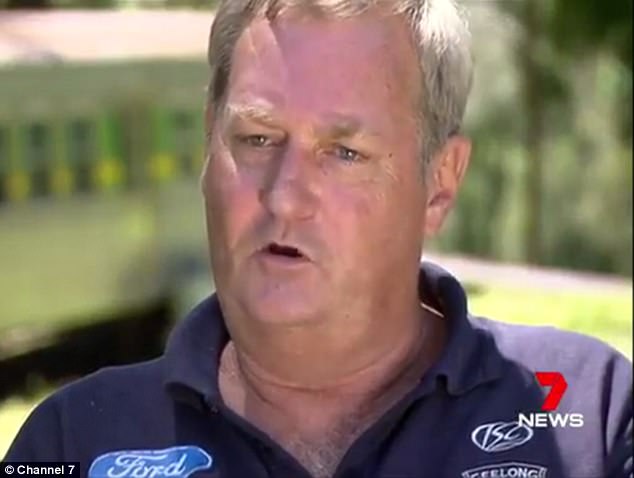 ‘Not everyone gets to spend a few years of their life living exactly how they want,’ Mr Davis said 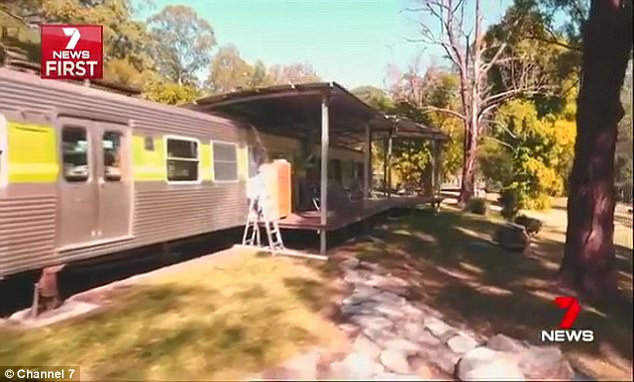 The unusual home contains a bedroom, lounge room with Foxtel on television and a kitchen

‘Everything unusual about the property but it all fits in,’ he told Channel 7, explaining that he has everything he needs including a bedroom, lounge room with a Foxtel-capable television and kitchen.

In the 80s and 90s, he toured as a lighting operator with AC/DC, Bon Jovi, Cold Chisel and INXS, so he is now relishing the chance to live on a private, quiet 100,000 square metre property.

‘It was a quirky job touring with bands, and this is now a quirky environment to live in…I guess quirky has been following me around, and I really feel comfortable with [that],’ Mr Davis said.

He also said that the seven years he spent living in such an unusual way have ‘rejuvenated’ him.

‘It’s one of those things – not everyone gets to spend a few years of their life living exactly how they want,’ he said of his unusual lifestyle.

Mr Davis was originally looking to buy an apartment in Melbourne, but after a ‘solid six or eight months going to open houses, going to auctions’, he grew tired of the constant disappointment and went to visit a friend in Nimbin.

According to Domain, he was ‘blown away’ when he first saw the property, and he fell in love with the ‘space and tranquility’. 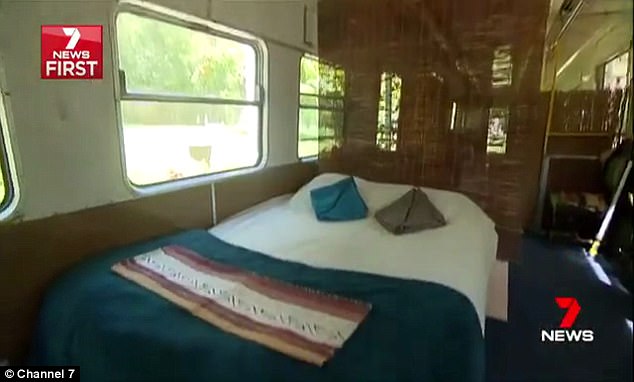 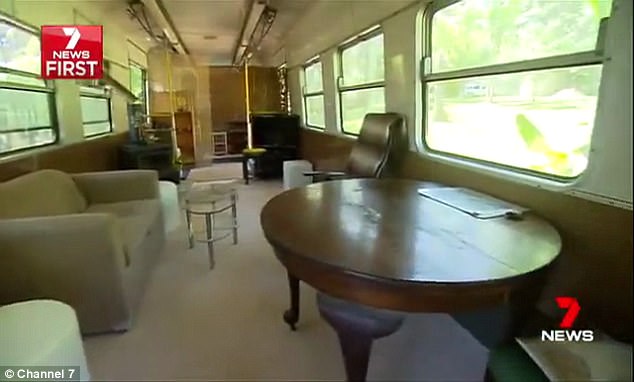 Originally a carriage from a Melbourne train, it is now a spacious living room on the property

Also on his property is an arboretum, which was set up by local horticulturalist Barry Walker, who started work on it in the 70s.

‘It’s very much an indoor/outdoor lifestyle,’ Mr Davis said, adding that being so close to the local hospital and post office have him added peace of mind.

‘I built a deck around one [carriage], and the doors and windows are open for the most of the year.

‘Nimbin is close – if you had kids, you could walk to school. You’ve got that rural feeling but you’ve got a five-minute walk from the top of driveway into town.’ 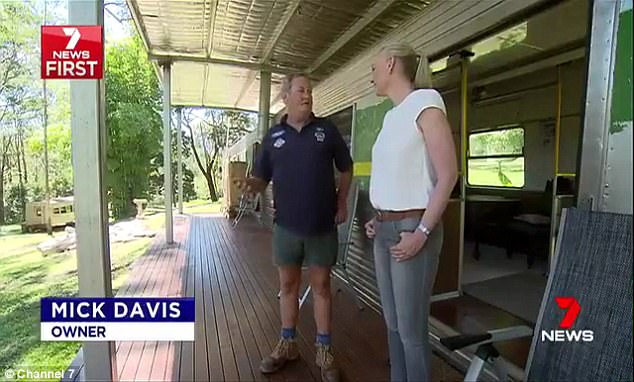 The 100,000 square metre property is secluded, but also just ten minutes away from Nimbin