An Australian woman reached out for help to overcome her addiction to chocolate after finally admitting to her family she often eat two or three family blocks a day.

Luana Tyne, 48, said she has long been able to keep up appearances as  a Melbourne-mum because her addiction is ‘socially acceptable’.

She told A Current Affair ‘no one looks twice’ at someone having a cheeky chocolate in the car or at work  but for her the ‘bad habit’ was taking a significant toll on her life.

Luana Tyne, 48, reached out for help after admitting to her family she has an ‘out of control’ chocolate addiction that sees her eat a pack of Tim Tams and several family blocks a day

Ms Tyne said since her chocolate addiction began she has been battling chronic joint pain but even the toll on her health wasn’t enough to make the mum stop.

‘I keep eating it and get no benefit from it, it’s not like I keep feeling better, or keep feeling happier,’ she said.

Her ‘out of control’ addiction sees Ms Tyne eat a pack of Tim Tams and two to three family blocks everyday.

On top of that she’ll also enjoy a bucket of M&Ms, a bowl of Maltesers, or her personal favourite: a few Ferrero Rochers. 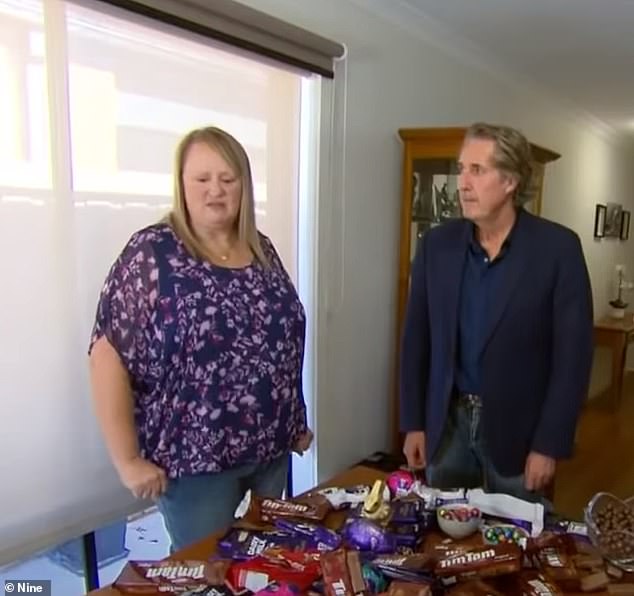 Ms Tyne said she had only recently told her family about her problem and shared some of the places she hides her ‘stash’.

The clever mum would hide chocolate in secret corners of the pantry, under her bed, between DVDs, and among the TV remotes.

She even went as far as finding hiding holes for her rubbish so her family wouldn’t know how bad the situation was.

‘I have other areas where I’ll hide the rubbish. I hate it, it’s out of control. I don’t know how it got this bad,’ she said. 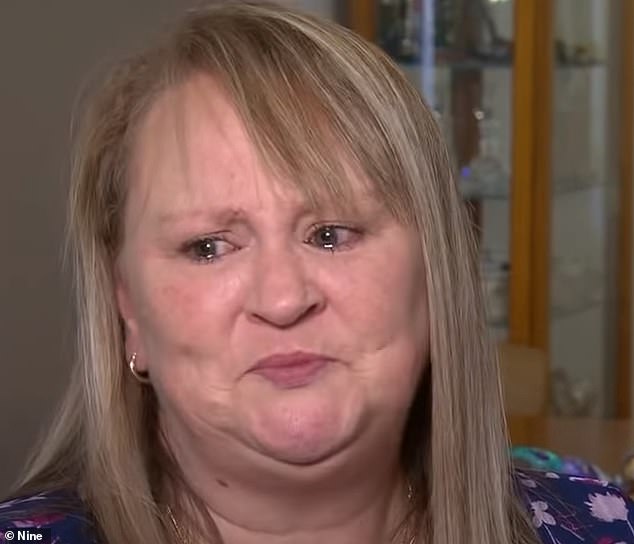 Fortunately A Current Affair was able to put Ms Tyne in touch with Mark Stephens, a hypnotherapist and habit-breaking specialist who would change her life forever.

After just a 20 minute appointment with him Ms Tyne was determined she would never touch a chocolate again.

Ms Tyne was shown the mound she would usually eat in a month and said she was ’embarrassed and ashamed’.

‘I just see damage now. I don’t want to look at it. I’m angry at myself now for what it’s done to me,’ she said.