Premier Andrews could make an announcement as early as Friday but a Victorian government spokesperson declined to comment.

Daniel Andrews’ Deputy Premier James Merlino is set to step down from his position, with an announcement expected as early as Friday

Ministers have faced questions about their future all week, including Mr Merlino and Mr Foley.

Mr Foley, who took over from Jenny Mikakos as health minister following her resignation in September 2020, on Wednesday insisted he would contest the next election.

On Thursday in parliament Mr Foley made a speech that appeared to be a farewell to Victorian politics, describing Labor’s successes over their tenure in power.

‘We are in the position of being one of the nation’s leading areas of public health achievements through this global pandemic through the efforts of our nurses, doctors, ambos, allied health professionals and ward clerks,’ he said.

‘That is because it is this side of the house that has spent every day over the past seven-and-a-half years building that relationship and building that workforce with our healthcare workforce.’

He noted the state is still ‘in the middle of a global pandemic’ and ‘we’ve got one or two things to do’.

‘I look forward to making a contribution to re-elect the Andrews Labor government via the seat of Albert Park,’ he told reporters.

The Health Minister was the public face of Victoria’s pandemic decision making which saw Melbourne the most locked down city on earth. 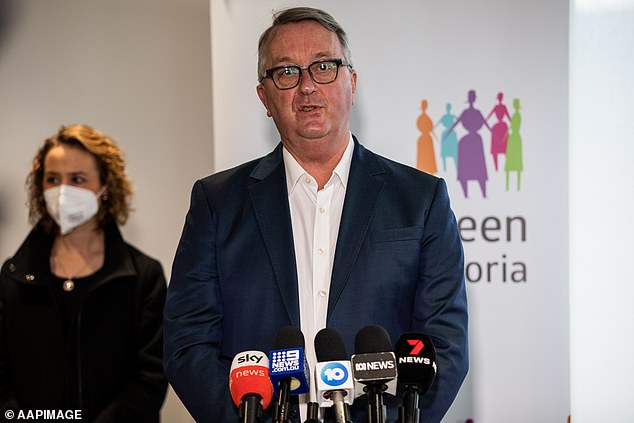 Mr Merlino, who helped navigate Victoria through the pandemic while the Premier was out with a severe spinal injury, told reporters on Thursday he wouldn’t be ‘feeding into the rumours that speculate’ on his political future.

‘These are individual decisions for people to make, and I’m not going to speculate on my future or the future of my colleagues,’ he said outside parliament.

‘Governments win or lose on their record and what they commit to do, and … I can tell you I’m 100 per cent energised for the election.’

On Tuesday, Mr Merlino stopped short of confirming outright he would recontest his seat of Monbulk in Melbourne’s east.

‘I’m not going to play the rumour game,’ he said.

‘I am absolutely committed to the re-election of the Andrews government … and I’ve got a lot of energy for the contest at the end of the year.’ 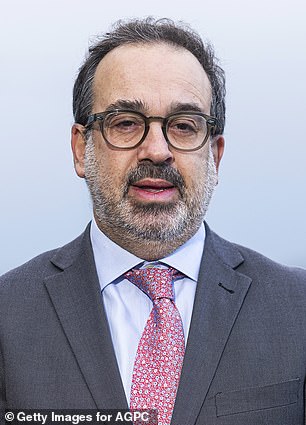 Ms Neville returned to work in August 2021 after taking leave to recover from surgery, while Mr Pakula’s lower house seat of Keysborough is being scrapped as part of an electoral redistribution.

When asked on Tuesday if he expected to reshuffle his cabinet before the election, Premier Andrews said he had no announcement to make.

‘We’ll wait and see how things go,’ he said.