Thousands of Melbourne residents have taken the extreme step of having bollards installed in their driveways as crime skyrockets around the city.

Car owners are having up to five bright yellow metal poles installed in front of where they park their car in a bid to stop people from stealing their vehicles.

Where just a few years ago nobody owned a bollard, a local retailer told Seven News ‘every second house’ is buying them now.

For car lover Brett Niddre, the decision to invest in the poles was an easy one.

‘The crime here is terrible,’ he explained.

‘There’s all these different gangs and all that sort of stuff kicking around these days, you can’t trust anyone.’

Sam Surace, who installs bollards, said business had been soaring in the wake of highly publicised crime in the area.

‘Twenty years ago, nobody even thought about a bollard in their garage at home,’ he said.

‘Now, every house is getting them just about.’

Sales of CCTV cameras have also spiked in the wake of the crisis. Some houses have spent more than $10,000 on home security systems. 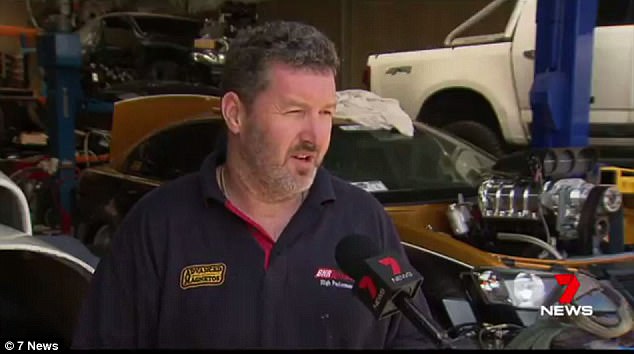 Car lover Brett Niddre (pictured) said the crime near him is ‘terrible’ on account of ‘all these different gangs’, which is why he had multiple bollards installed in his garage

The capital city has been scourged by a youth crime crisis, where mostly Sudanese youths are accused of stealing cars, invading homes and businesses, and theft.

While only 0.1 per cent of the state’s population is Sudanese, the population made up 4.8 per cent of all alleged offenders for aggravated burglaries in the area.

Victoria’s Deputy Police Commissioner Andrew Crisp told 7.30 this month aggravated burglaries were the ‘crime of choice’ for the group.

‘A lot of the time it’s to steal keys, so they can steal cars to commit further crimes.

‘It has become the crime of choice for this particular group.’ 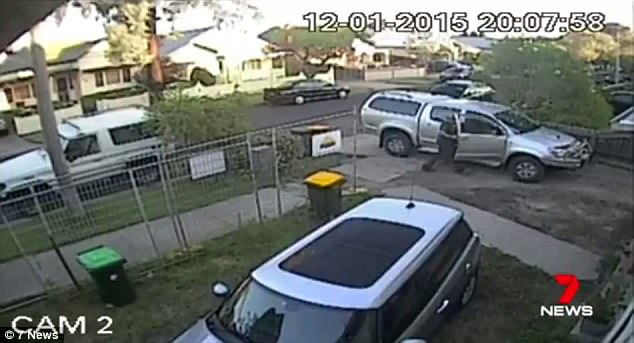 Locals are reacting to highly publicised crime in the capital city, which is usually caused by youth gangs (pictured is a car being stolen, captured on CCTV)

Prime Minister Malcolm Turnbull, Home Affairs Minister Peter Dutton and Citizenship Minister Alan Tudge have all called for harsher measures to be taken against migrant youths who break the law.

Mr Tudge and Mr Dutton have both publicly backed calls to begin deporting African nationals who had been convicted of a violent crime in recent weeks.

The Prime Minister told reporters earlier this month his government was ‘very concerned at the growing gang violence and lawlessness in Victoria, in particular in Melbourne.’