Former NRL player Curtis Scott has been convicted of assaulting his athlete girlfriend and intimidating her with threats to kill as their relationship broke down in 2018.

Scott, 24, pleaded not guilty to a choking charge, two charges of assault occasioning body harm and one charge of intimidation against his partner at the time, long jumper Tay-Leiha Clark. He also denied backup counts of assault.

The charges related to alleged altercations in a hotel room at Lake Conjola, Sylvania and a ‘break-up’ incident before Scott drove a car into a tree.

The former Melbourne Storm and Canberra Raiders player had several other related charges against him dismissed at Sydney’s Downing Centre Local Court in August.

In handing down verdicts on Friday, magistrate Daniel Covington said he was satisfied beyond a reasonable doubt Scott assaulted Clark causing actual bodily harm in the so-called Sylvania incident on October 27, 2018.

The magistrate pointed to evidence that Scott put his hand on Clark’s neck and ‘launched’ her over a lounge into a wall, causing her to skin her arm and sustain an egg-sized lump on her head.

He noted that while no one saw it happen, Ms Clark’s version was consistent with ‘persuasive’ testimony from others in the house at the time. 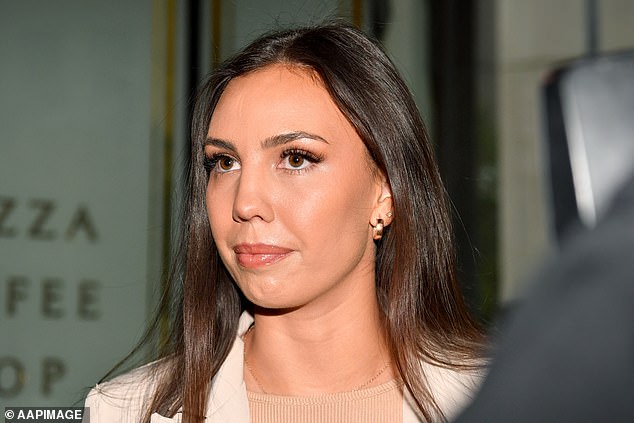 The magistrate said Scott ‘launched’ Tay-Leiha Clark over a lounge into a wall, causing her to skin her arm and sustain an egg-sized lump on her head

On the Lake Conjola incident, Mr Covington found Scott guilty of common assault, concluding that the ex-NRL player ‘charged’ at Clark, but said he could not conclude he bit her on the neck.

The court heard the assault was sparked when Scott got ‘cranky’ after Clark’s sister became scared one night and wanted to sleep in her bed with her.

There was evidence that after the incident Clark said Scott ‘was standing over me going ‘f***, I’m so sorry, I’m so sorry’,’ the magistrate said.

He also convicted Scott of intimidating Ms Clark in a phone call – the break-up incident – accepting Scott said ‘f*** you, I’m going to kill you’, called her a ‘w***e’ and ‘s***’, and also threatened to kill himself, before he drove into a tree. 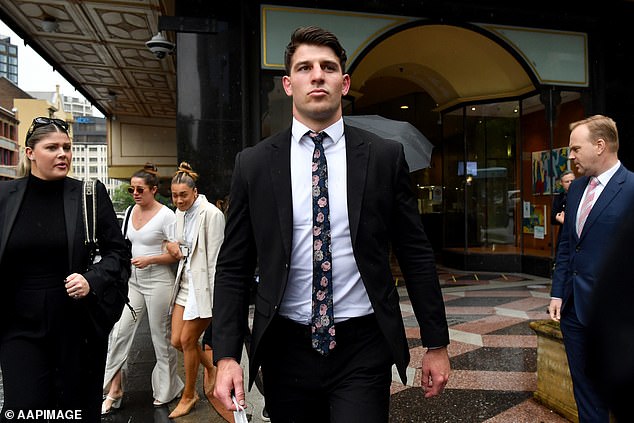 The magistrate said there was an abundance of evidence that Scott made the threats and rejected his claims that he only threatened to harm himself.

He dismissed charges against Scott over the alleged hotel room assault, describing it as a ‘one-one-one’ incident with no other witnesses.

Mr Covington commended Clark’s testimony at trial, describing it as logical and noting that she answered questions without delay.

‘She was firm in her evidence and didn’t waver in cross-examination, he said.

‘Aspects of her evidence were compelling.’ 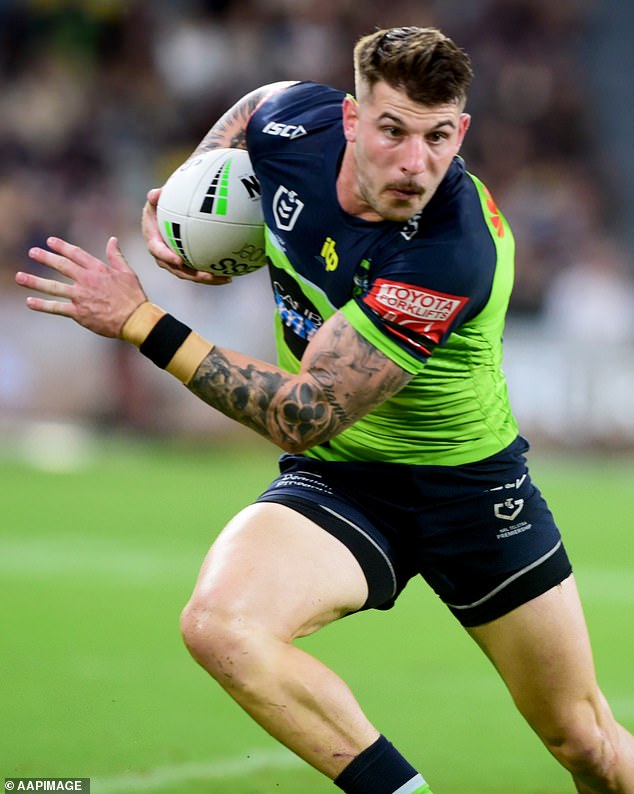 On defence claims that her credibility was a ‘live issue’ and that her evidence was embellished and inconsistent, Mr Covington rejected issues ‘infected’ the evidence.

He adjourned the matter to November 18 for sentence.