Rising footy star Young Tonumaipea will sensationally quit rugby league and forfeit a $200,000 contract to embark on a Mormon mission.

The Melbourne Storm player asked coach Craig Bellamy on Monday for a release from the final year and a half of his contract.

The 25-year-old will head to Berlin in July where he will teach his faith and travel to different communities to conduct services. 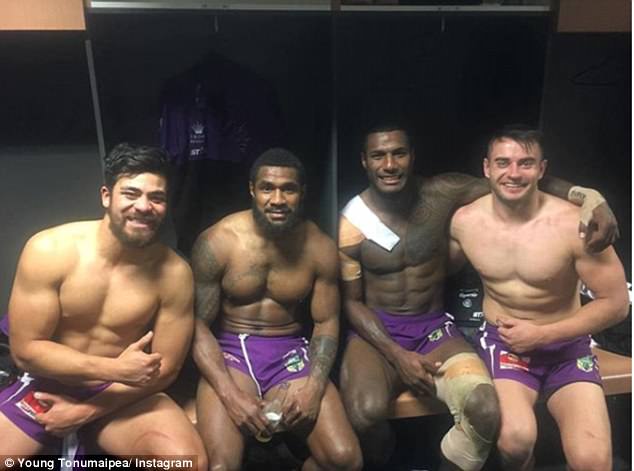 The 25-year-old premiership player leaves behind a $200,000 salary he receives from the club

The two-year mission will mean he forfeits the $200,000 salary he receives from Melbourne Storm.

Tonumaipea will stay to help the club get through the grueling State of Origin period, for which it has five players involved, before departing.

‘It’s something that has been on my mind since last year, it has been one of the biggest decisions of my life,’ Tonumaipea said in a statement from the club.

‘As I have matured I’ve come to learn that football is not everything in my life.’

‘I’m a devout Christian, a member of the Church of Jesus Christ of Latter Day Saints and I’m passionate my full time mission over the next two years can make a difference in other people’s lives as well as mine.’

Tonumaipea, a utility back, also thanked his coaches and the club for the ‘values I’ve learnt here’. 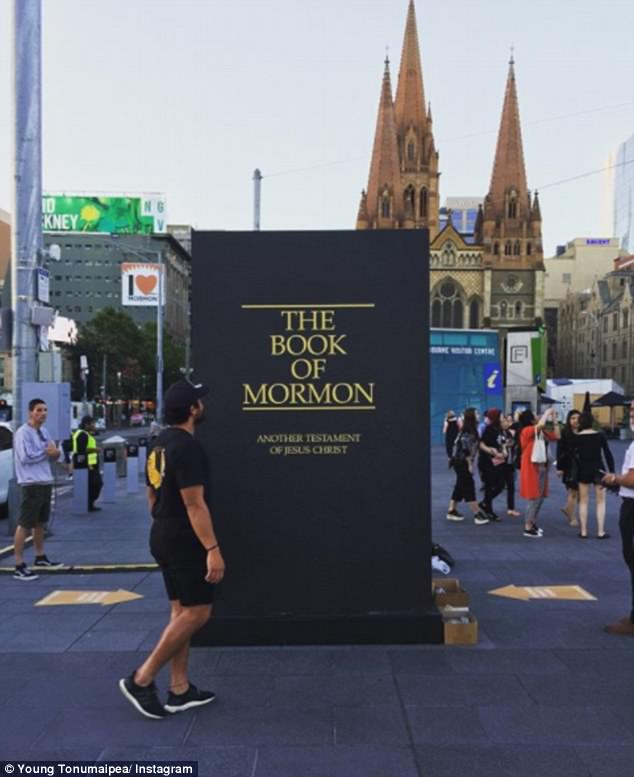 The devout christian posted this photo to his Instagram of him walking past an advertisement for a musical based around his faith. 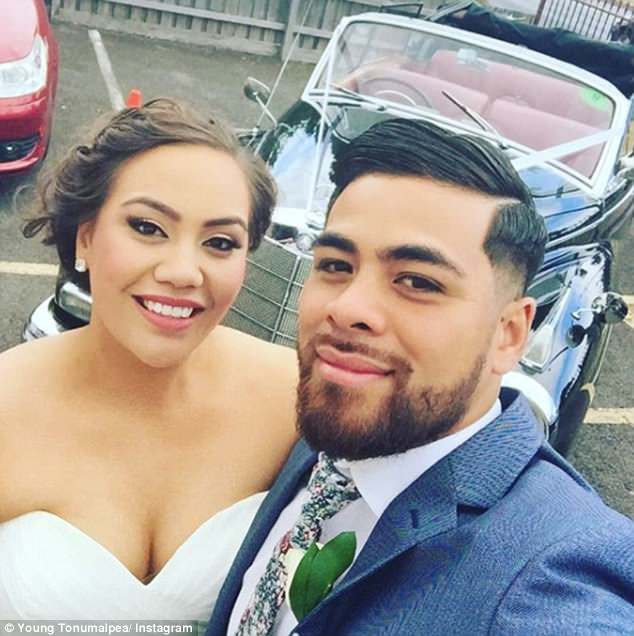 Tonumaipea posted this photo of his ‘best friend from high-school’ getting married. He will leave his friends and family in July to travel to Germany

‘Young came to see us the other day and let us know he was going to embark on a mission for two years,’ he said.

‘From our point of view he goes with our blessing. I take my hat off to him.

‘I said this to him that he might not see but it is a courageous decision given how hard he has worked to forge a career in rugby league, particularly as a Victorian kid. 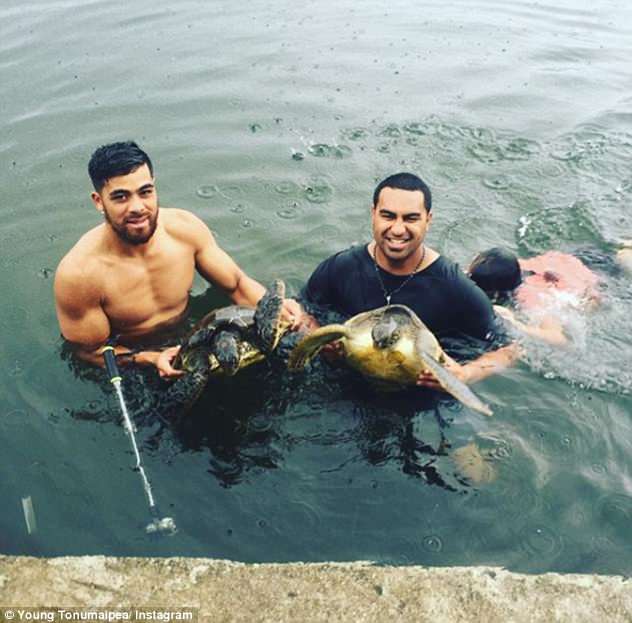 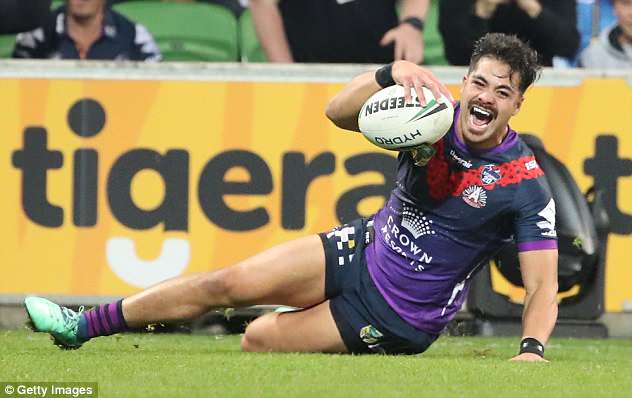 ‘When you’re in a team environment, I couldn’t imagine how difficult internally it would’ve been for Young knowing how selfless he is.

‘As Young told me it’s the right decision for him. We are very proud of him that he has had the strength to make the decision.’

Donaghy added that Tonumaipea had plenty of ‘footy left in him,’ if he wanted to return to the game after his trip.

The premiership player has played 40 games for the team, since making his first-grade debut in 2014.

Tonumaipea was only the second man from Victoria to wear the Storm jersey and has been a trailblazer for the game in the state.