Pregnant teacher, 31, comes down with a headache while tidying her house and nearly DIES seconds later – as she relives the heartbreaking moment she woke from a coma and learned she’d lost her unborn baby

A pregnant primary school teacher nearly died moments after coming down with a headache – then woke from a coma a week later to the heartbreaking news she had lost her unborn baby.

Nicole Gallacher, 31, from Mount Evelyn in Melbourne’s north-east, was getting ready to tidy her house while 22-weeks pregnant with her first child in March when the pain struck.

The mother-to-be tried in vain to phone her husband Dave, 35, before eventually getting through to her parents – only to collapse mid-way through the call.

Paramedics – who were forced to break down a door to find the 31-year-old lying face down and unresponsive on the living room floor – rushed her to hospital where she underwent emergency surgery for a massive brain haemorrhage.

Nicole Gallacher, 31, pictured with her husband Dave. She nearly died after doctors discovered an abnormal mass growing on her brain and woke a week later to the tragic news she had lost her baby

The source of the bleed was an abnormal mass on her brain which had burst that day.

Dave was told to prepare for the worst by doctors just three hours into the painstaking nine-hour surgery to remove the clot.

‘One of the surgeons said to me at that point “I need to make it very clear this is a severely life-threatening situation – you need to be prepared she might not make it through to the next morning,”‘ he told Daily Mail Australia.

‘I think I had a can of Coca-Cola in my hand and I threw it across the road and basically burst into tears.’

His wife’s lungs had become dangerously unstable after she swallowed her own vomit while unconscious, forcing surgeons to ‘wash’ her lungs to improve air flow.

Tragically, the couple lost their child during surgery – who they named Ned – to a stillbirth.

Even though Nicole could not physically see her child at that time, Dave placed Ned on her stomach while she was in a coma in the ICU. 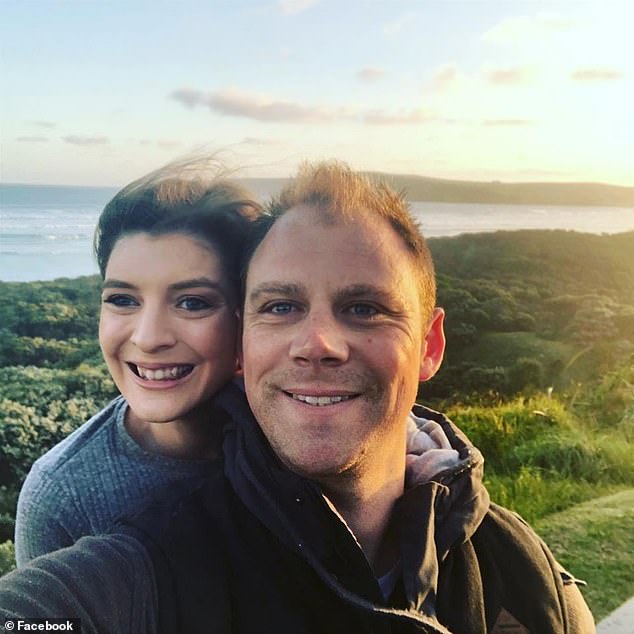 The couple lost their child during surgery – who they named Ned – to a stillbirth. Nicole could only ask what had happened to her son when she woke from a coma a week later 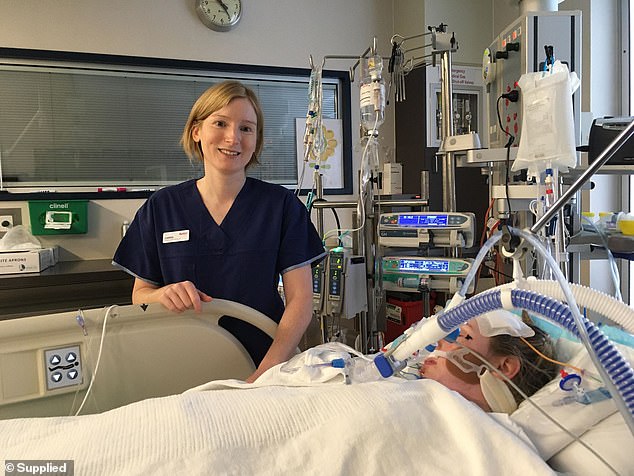 Dave was told to prepare for the worst by surgeons, with his wife’s condition being ‘severely life-threatening’

The father said the hardest part of Nicole’s ordeal was watching her having to ask where their baby was when she could communicate through hand gestures a week later.

‘She tapped her stomach and then put her hand in the air as if to say “whats going on”?’

It was only when her intubation tube was removed and she could respond verbally that he decided to tell her the gut-wrenching answer.

The couple have been celebrating their minor victories, like enjoying their two-year wedding anniversary at Nicole’s bedside in April.

‘She could only have juice but I bought some battery-operated candles from Bunnings to give it some atmosphere,’ Dave said.

Nicole is now in a rehabilitation hospital and working her way back towards a full recovery with the help of physio as well as speech and occupational therapy. 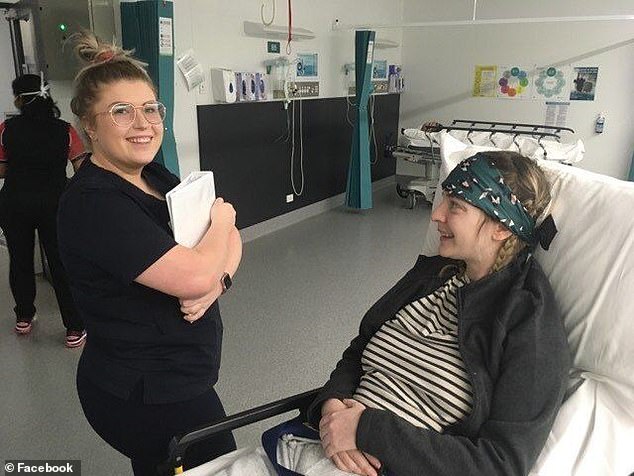 Nicole is pictured with her neurological nurse Bri. Dave said the hardest part of Nicole’s ordeal was watching her having to ask where their baby was 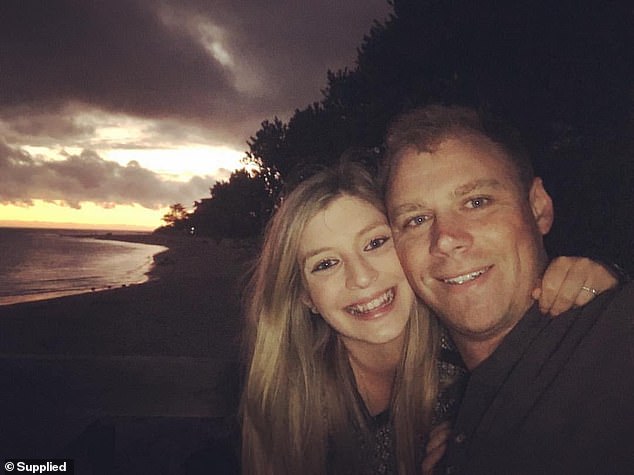 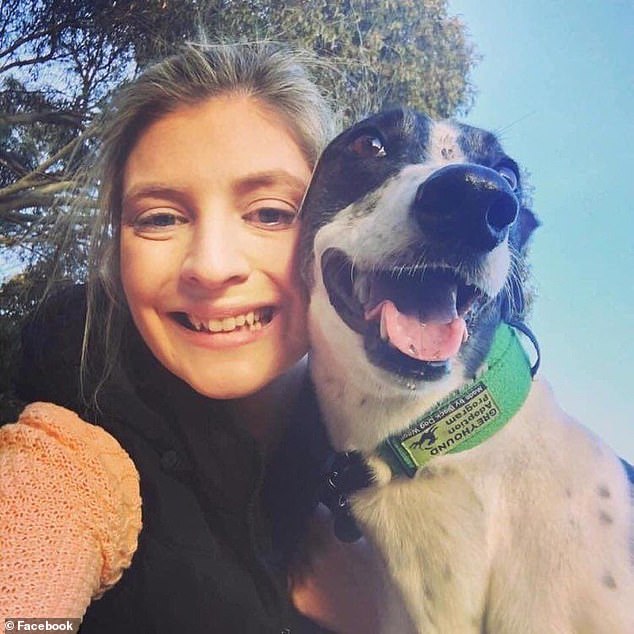 To make life even harder for the grieving couple, Dave hasn’t been able to visit his wife for two weeks because of Melbourne’s second coronavirus lockdown.

The next challenge for the Gallachers will be financial as she will be unable to work for the foreseeable future and will need specialised equipment when she is discharged.

A fundraiser dedicated to supporting them has been set up the couple’s friend, which has raised more than $77,200 on GoFundMe since being set up on July 9.

The mother-to-be in technical terms had had a stroke – with brain surgeons’ first task being to remove a clot in her brain which had been building pressure inside her head.

A separate surgical team then had to ‘wash her lungs’ as they were not working at a sufficient level after Nicole had aspirated her own vomit.

Doctors estimated 30 per cent of the clot was left behind, but this was deemed good enough to leave behind.

Nicole was taken back to the operating theatre where she was connected to an ECMO system.

The machine helped her weakened body to keep oxygen flowing through her blood stream.